A teen saved his younger brother using the what3words app to guide medics to their location when the little boy suddenly had a life-threatening seizure while they were ‘in the middle of nowhere’.

Callum Finazzi, 14, had to spring into action when his little brother, Liam, 10, started having a potentially life-threatening seizure in May 2022.

The teenager, from Shrewbury, thought to use the ‘what3words’ app when his dad, Andy, 37, asked him to call an ambulance while he tried to administer the anti-seizure medication and look after Liam.

After identifying the specific address – which made it easy for the paramedics to locate the family – West Midlands ambulance arrived within five minutes.

Liam – who suffered a brain injury after being diagnosed with Burkitt’s leukaemia when he was five – spent over a week in hospital while doctors got his seizures under control. 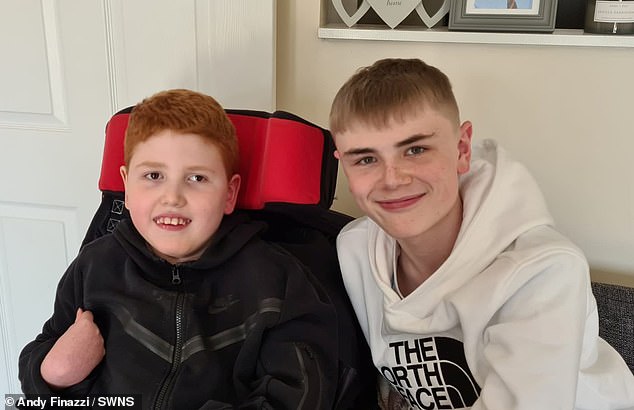 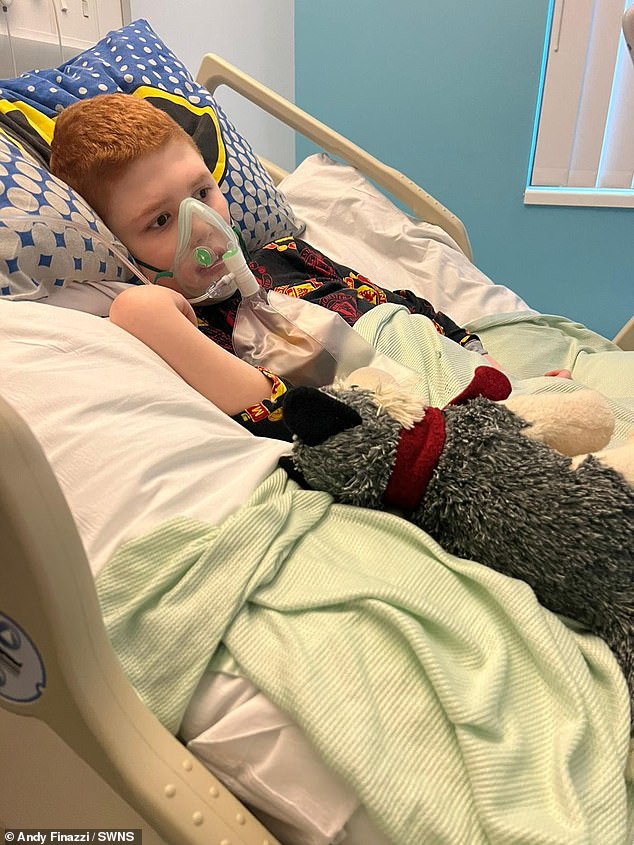 Callum had to spring into action when his little brother, Liam, 10, started having a potentially life-threatening seizure in May 2022 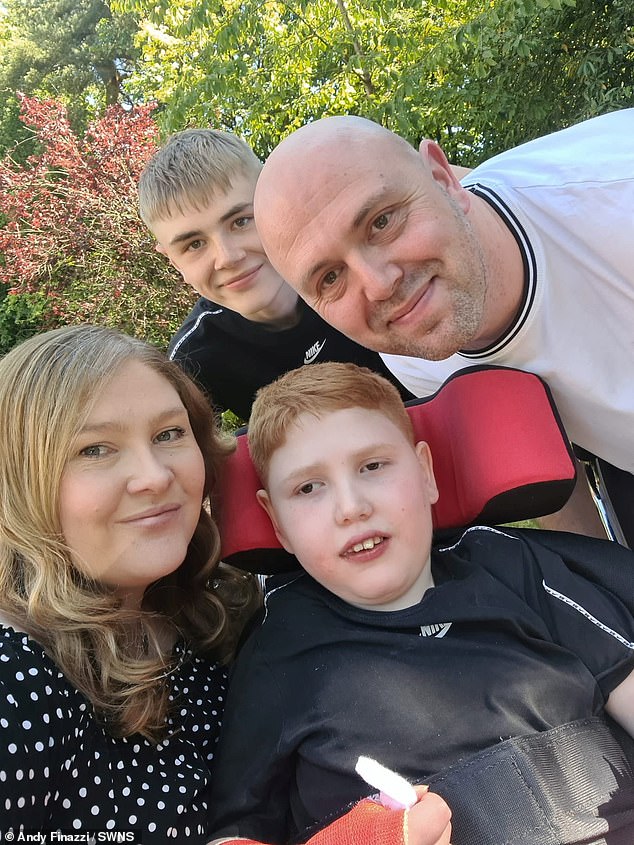 Parents Andy and Kerry (pictured with their sons), 40, are proud of Callum for his quick-thinking and say it saved his brother’s life

Liam is now on cannabis oil to help with his seizures but is non-verbal and struggles with his mobility.

Parents Andy and Kerry, 40, are proud of Callum for his quick-thinking and say it saved his brother’s life.

Andy, who is Liam’s full-time carer, from Shrewsbury, Shropshire, said: ‘If it wasn’t for Callum thinking to pull up the app, Liam could have lost his life.

Better than GPS? The unique technology that identities every 10 sq ft patch of land on the planet using a three word combination 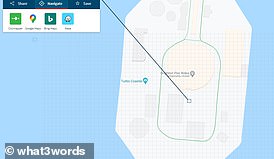 Launched by Chris Sheldrick and Jack Waley-Cohen, what3words, is used to help map parts of the world not covered by precise street addresses.

What3words divides the whole of Earth into a grid of squares measuring 3m by 3m, with each box given a code devised by an algorithm consisting of three ordinary English words.

For example, Nelson’s Column is situated in a square marked ‘this.fantastic.notes’, while Arthur’s Seat in Edinburgh is tagged ‘maybe.sling.worth’ and the Statue of Liberty is at ‘then.drill.moth’.

The site, which is available as an app and a website, uses shorter and more common words for built-up areas and more obscure references for remote locations such as Siberia and the middle of the ocean.

As well as English, what3words has mapped the world in eight other languages including Russian, Turkish and Swedish.

The company’s founders claim their system is more precise than postcodes or street addresses, and is particularly helpful in rural areas and countries without a systematic network of street names and numbers.

In addition, it can be used in areas such as universities campuses, festivals and ski resorts where just one formal address covers a widespread area.

It has also made headlines on numerous occasions for helping lead rescuers to stranded or injured hikers and people who get into difficulties in remote locations.

‘I wouldn’t have thought to do it, so I was so proud that Callum realised it was the right thing to do.

‘We were in a very rural area, in the middle of nowhere, and we didn’t know the name of the farm or road we were on.

‘The app gave the paramedics an exact location so they could reach us in just five minutes.

‘The boys have always had an incredible bond and I’m so proud of Callum.

‘Liam’s situation is hard for Callum, and he’s grown beyond his years.’

Liam suffered a brain injury in reaction to his chemotherapy treatment when he was diagnosed with Burkitt’s leukaemia in December 2016.

‘He was a perfectly healthy child before we found out about the cancer,’ Andy said.

‘He had to have chemotherapy straight away, but he got too poorly after a month of it.

‘It caused a brain injury which has left him in a wheelchair, with limited mobility and with epilepsy.

‘Incredibly the brain injury killed the cancer after his immune system went into overdrive, so he is five years in remission.’

In March 2022 Liam’s seizures started to become more frequent and intense, causing him to be hospitalised on multiple occasions.

‘It was really hard for Callum to see but he’s always dealt with it so well,’ Andy said.

‘Normally his seizures happened late at night, but they were starting to become more erratic.’

On 5th May 2022, Andy was driving along a rural road with Callum and Liam after picking Callum up from school.

‘Liam started to have a seizure episode and I pulled over by a farm as soon as I could,’ Andy said.

‘I administered his anti-seizure medication, but it wasn’t working so I need Callum to help me call an ambulance.

‘He’d seen an advert for the what3words app a few weeks ago and straight away with no prompting from me he found the address – ///stilted.forms.spelled.

‘He was able to tell this to the paramedics so they could easily locate us.

‘His quick thinking meant they were able to get to Liam in five minutes to save his life.

‘Callum is our hero.’

Liam spent a week in the Princess Royal Hospital, Telford, Shropshire, before he was able to come home.

Now Liam is being treated with cannabis oil which has helped with his seizures but can make him drowsy.

‘Callum is amazing with him,’ Andy said. ‘They always have got on so well.

‘Callum never complains about coming out with us all because he knows going for a walk or a day out makes Liam happy.

‘They play together with Liam’s sensory toys and have a very special bond.

‘I don’t think I would have thought to use the app like Callum did.

‘He saved his brother’s life.’

What3words is an app which had a unique combination of three words for every three metre of the world and has been used for e-commerce and delivery, navigation and emergencies.