Heidi and Leni Klum are taking their mother-daughter bond to new heights and showing the world that a parent and child really can be the most intimate of friends.

The two models stunned side-by-side in a sexy but tasteful lingerie campaign with Intimissimi, which Heidi, 49, teased on her Instagram on Sunday. The former Victoria’s Secret Angel shared a photo of herself and Leni, 18, dressed in plush robes, turned away from the camera, with the caption “We have something very @intimissimiofficial coming out tomorrow!!!!”

Heidi shared another Instagram post this morning announcing she and her daughter are the faces of a new collection with the Italian lingerie company, and the campaign images are just as stunning as the Klums’ ultra-close bond.

In a photo shared by Heidi, she and Leni are standing side-by-side with their arms around one another, hair windblown and eyes sparkling. Heidi is wearing a pretty black bra with matching underwear, both lined with white lace detailing. Leni is in a lacy black scalloped bra and matching high-waisted underwear with a champagne-colored silk top hanging open overtop the lingerie set.

In her caption, Heidi wrote, “Together with @intimissimiofficial we celebrate women; the love and support between a mother and her daughter; and how confident, beautiful and happy lingerie can make you feel.”

Leni shared her own batch of photos from the campaign shoot on her Instagram, which show Heidi in another black and white set of the same style but a different cut, and Leni wearing another feminine scallop-cut set in white. The younger Klum expressed her enthusiasm for the collection in her caption, writing, “@heidiklum and I for @intimissimiofficial !! You will love their Lingerie as much as we do!” 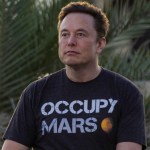 Heidi also shared a campaign video she and Leni filmed for the project, which involved the mother and daughter playfully lip-synching along to a classic Italian song while cheerfully dancing around in underwear from the collection. Although the Klum duo has been captured together in several photoshoots before their Intimissimi project, this is the first time they’ve joined forces for a lingerie campaign.

Leni, who moved to New York City for college this past summer, appears to be girl-bossing the heck out of life, seemingly conquering both her higher education and modeling career with ease. We can’t wait to see what she gets up to next with her supermodel mom!

Before you go, click here to see kids who are following in their supermodel moms’ footsteps.