Apart from the gruelling hours and an unglamorous life in Canberra hotel rooms, being a political staffer does come with an enviable range of perks. Just ask the minions who fled the wreckage of the Morrison government’s election defeat in May to be afforded one final bit of taxpayer-funded largesse in the form of generous severance payments.

Documents released by the Department of Finance under Freedom of Information show taxpayers paid out $31 million in severance packages to the major parties, most of which, $24 million, went to departing Liberal Party staffers.

A fair chunk of that ($3.7 million) went to 56 absconders from former prime minister Scott Morrison’s office. Staffers for Liberal leader Peter Dutton and former treasurer Josh Frydenberg got a collective $1 million worth of goodbye money.

Our quick number crunching shows that’s an average payment of about $40,000 for a regular staffer, and over $60,000 for those working in the ministerial wing. Not a bad way to go out at all.

The numbers put a dollar figure on the mass exodus that followed the Liberal election annihilation, after which many of Morrison’s inner circle started hastily CV-shopping, or set up their own lobbying firms or jumped on flights as the government changed hands.

Some of the ScoMo gang are back together on Macquarie Street: NSW Premier Dominic Perrottet has drafted Morrison’s former principal private secretary Yaron Finkelstein and spinner Ben Wicks.

But in Canberra, the federal Liberals are left with a staffing roster drained of political experience. With the parting gifts so lavish, it’s no surprise those with options aren’t enthused by the irrelevant wastelands of the opposition benches.

It’s been only a year since former NSW Liberal Leader Kerry Chikarovski joined the board of ASX-listed sustainable packaging manufacturer Papyrus as executive director of government relations. 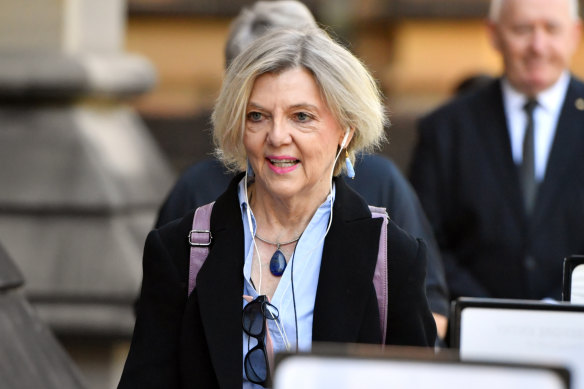 That relationship has proven a short-lived one: Papyrus announced her resignation last Friday. It came after shareholders made clear their dissatisfaction with Chikarovski when nearly two-thirds of them voted against her re-election at the company’s annual general meeting last week.

Papyrus’ leadership didn’t seem to have anticipated that revolt. In its annual report, released this month, chairman Edward Byrt praises Chikarovski’s 2021 appointment as “an important next step in facilitating the company’s strategic objectives”.

It also inked a deed with the former Liberal minister’s lobbying firm Chikarovski and Associates to provide services to Papyrus worth $30,000 a year.

And while Papyrus’ share price has dropped 16 per cent in the last year, it still all feels very abrupt.

After nearly 20 years, the House of Representatives will sit on a weekend this Saturday, to pass Labor’s landmark industrial relations overhaul, which the government is set to pass after securing the support of ACT senator David Pocock.

But there may be a few dusty faces on the government benches. On Friday night, Labor will host a $1500-a-table fundraising dinner at the Warwick Farm Holiday Inn in Sydney to commemorate the 50th anniversary of Gough Whitlam’s election.

It’s the venue where Whitlam spent that historic night in 1972, and to mark the occasion, the most generous True Believers will hear from Prime Minister Anthony Albanese, who is set to give the keynote. Ministers Chris Bowen and Jason Clare are on hosting duties.

That the House is suspended from Thursday afternoon until after the fundraiser on Saturday had Liberals crying foul.

Manager of opposition business Paul Fletcher said: “The obvious question is why the House needs to sit on Saturday rather than a weekday.

“It would be extremely troubling if it were to turn out this was to accommodate a Labor fundraising event.”

But we hear the Saturday sitting is necessary for the House to get the bill across the line by Christmas. The Senate is expected to be working through amendments late into Friday night.

Meanwhile, it isn’t just the Liberals who are disgruntled about Friday’s Whitlam do. A bunch of western Sydney mayors have threatened to buy tickets to the event so they can confront the PM about repatriated Islamic State brides, which could make for a few awkward conversations in a room stacked with Labor loyalists.

When you’re as loaded as billionaire mining magnate and philanthropist Andrew “Twiggy” Forrest, a Point Piper mansion isn’t all that much. Twiggy dropped $16 million on the five-bedroom waterfront property in 2018 without even laying eyes on it, trusting wife Nicola and daughter Sophia to secure his new Sydney base in an area they likened to Beverly Hills.

The Perth-based Fortescue boss has now received council approval to give the place another minor nip-tuck, after already securing renovations to the boat shed and carport since buying the joint.

All up, the renovations have set him back $1.6 million, which is an even tinier drop in the ocean for someone with such immense wealth.