Buffalo Bills wide receiver Stefon Diggs' biggest contribution during Sunday's game won't show up on the stat sheet. When a fan ran out on the field during a tense moment in the fourth quarter, Diggs made the tackle.

Diggs channeled his brother — Dallas Cowboys cornerback Trevon Diggs — on the hit. Stefon may have also channeled some of his frustration — he finished with just 7 yards receiving — into his tackle.

That's a textbook shoulder tackle by Diggs. And a good route to intercept the runner. If he ever wanted to play on the defensive side of the ball, he could probably pull it off.

Security wrangled the fan after Diggs' tackle. Diggs may have actually saved the fan from experiencing more pain. It looked like Bills offensive lineman Dion Dawkins was moving in the direction of the fan as Diggs made the hit. Dawkins outweighs Diggs by over 100 pounds. Getting hit by Dawkins would have been much, much worse for the fan.

It was arguably Diggs' biggest play of the evening. The Kansas City Chiefs did a good job keeping Diggs in check, limiting him to just 3 catches and 7 yards. Diggs also grabbed a key two-point conversation late in the contest. The Chiefs were content to let the rest of the Bills receivers prove they could keep Buffalo in the game. They were up for the task.

With Diggs drawing extra attention, Gabriel Davis turned in a career performance. He caught 8 passes for 201 yards and 4 touchdowns. Davis' final score of the game came after the Chiefs' safety cheated toward Diggs, allowing Davis to get free down the middle of the field.

Stop us if you've heard this one before…

JOSH ALLEN TO GABE DAVIS FOR THE TOUCHDOWN!

Davis' performance was all for naught. The Chiefs kicked a field goal to send the game to overtime. Patrick Mahomes found Travis Kelce for a touchdown on the first drive of overtime, giving the Chiefs a 42-36 win.

The end result was disappointing for Diggs, but at least he has a fun highlight, and a really neat picture, to show off when he gets over Sunday's loss. 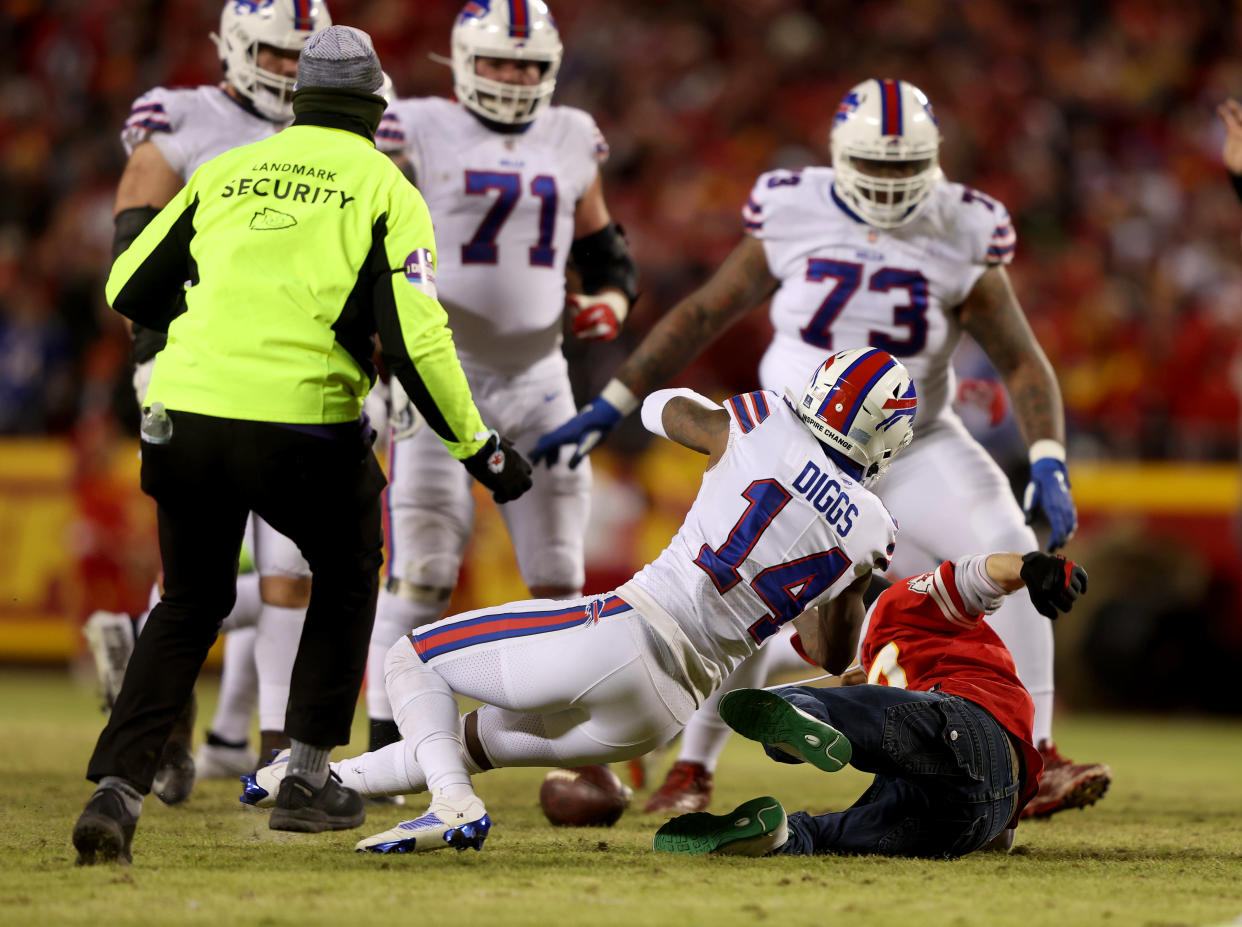