THESE spectacular snaps reveal Soviet-era subway stations draped in chandeliers and statues – dubbed “Palaces of the people” by Joseph Stalin. 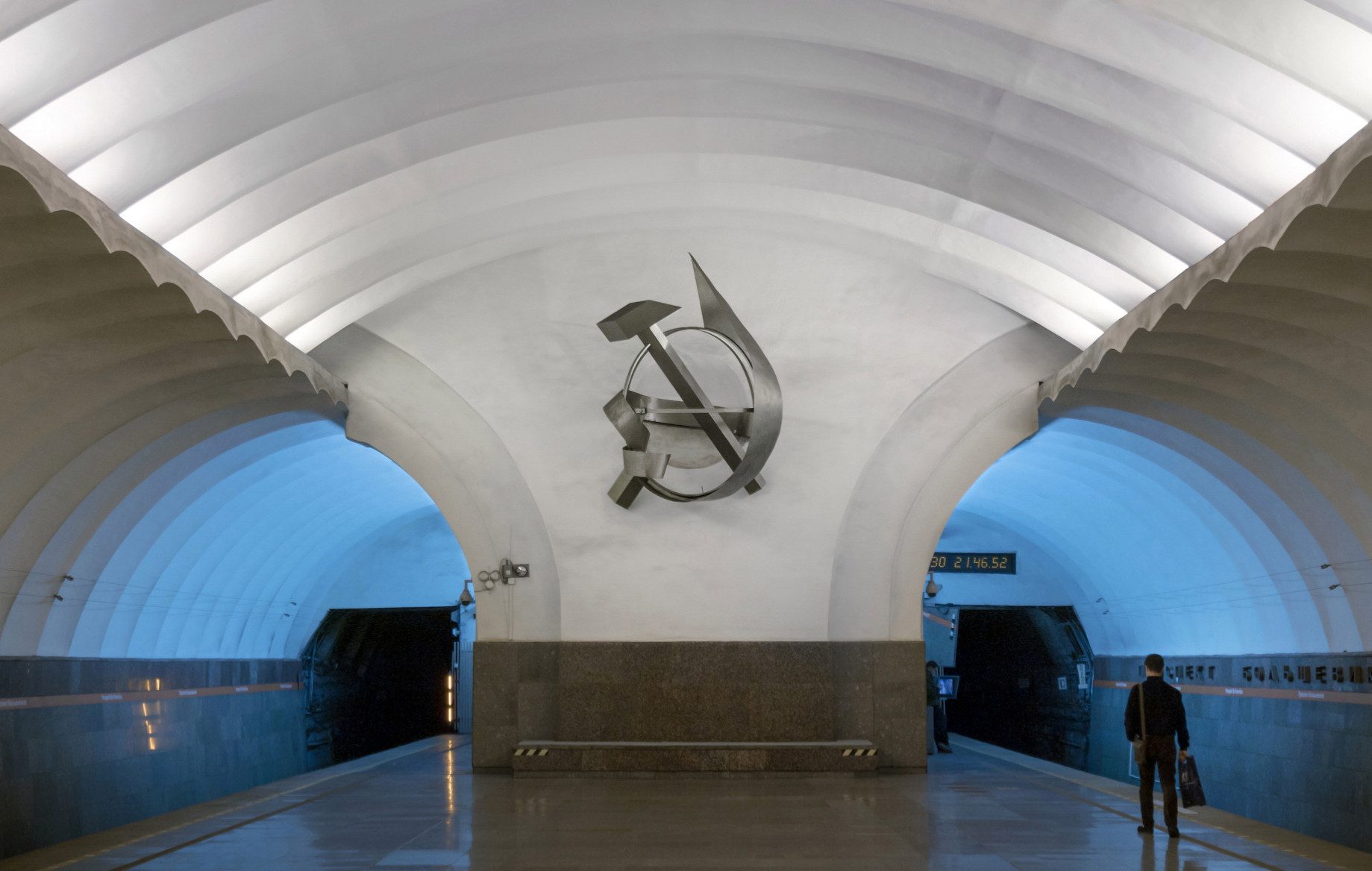 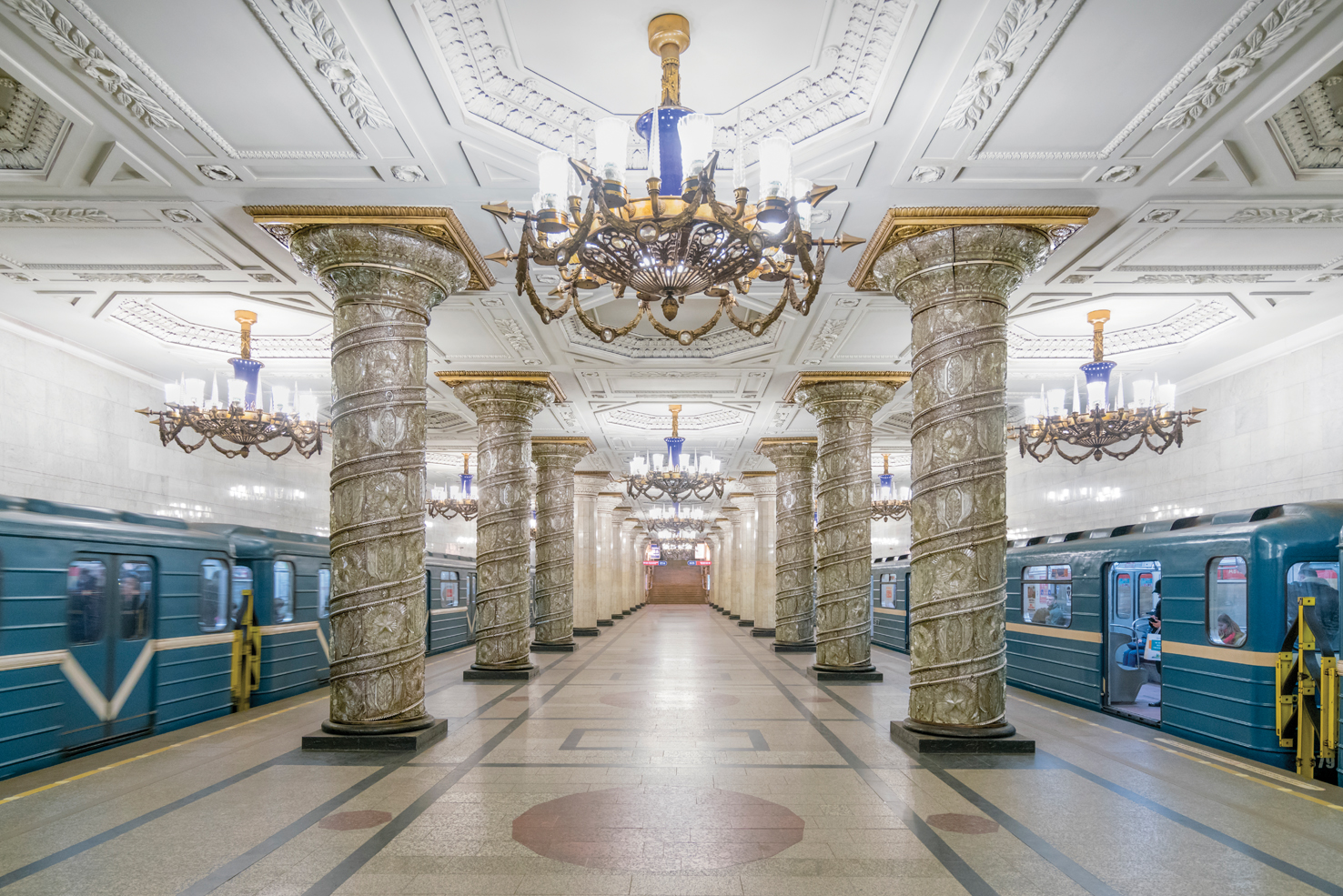 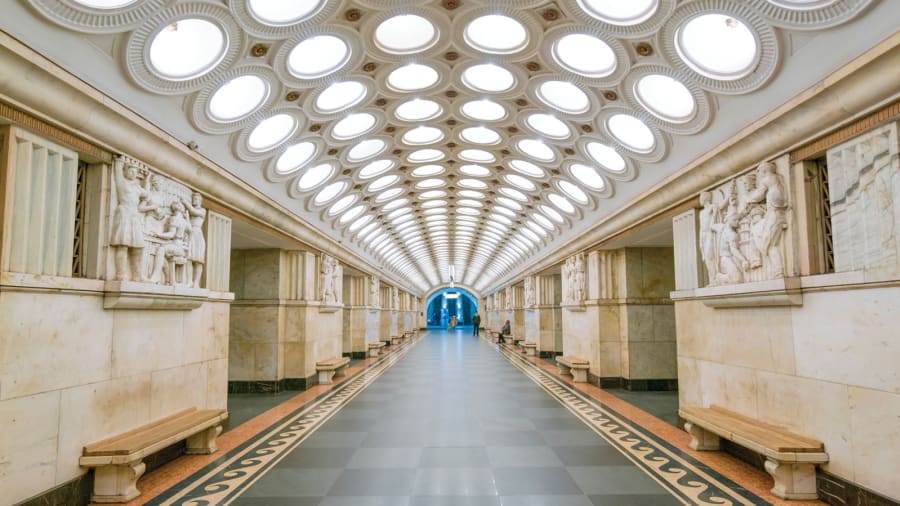 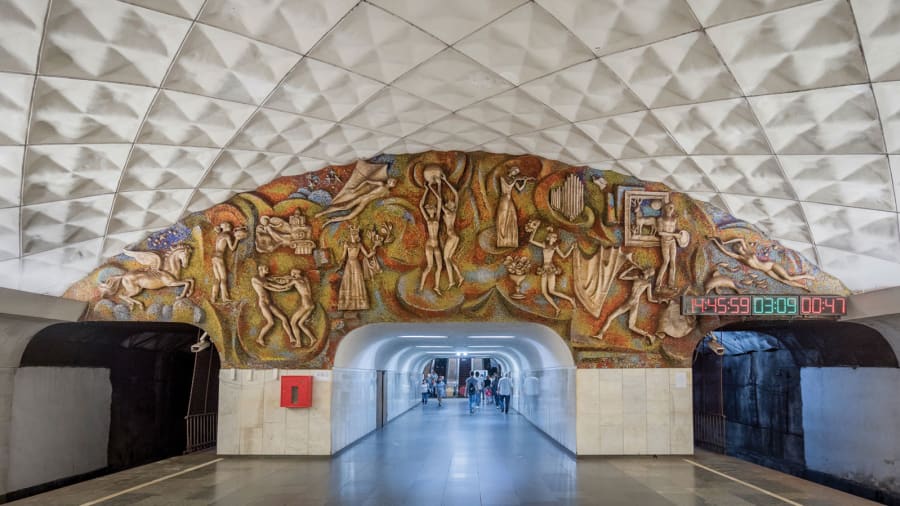 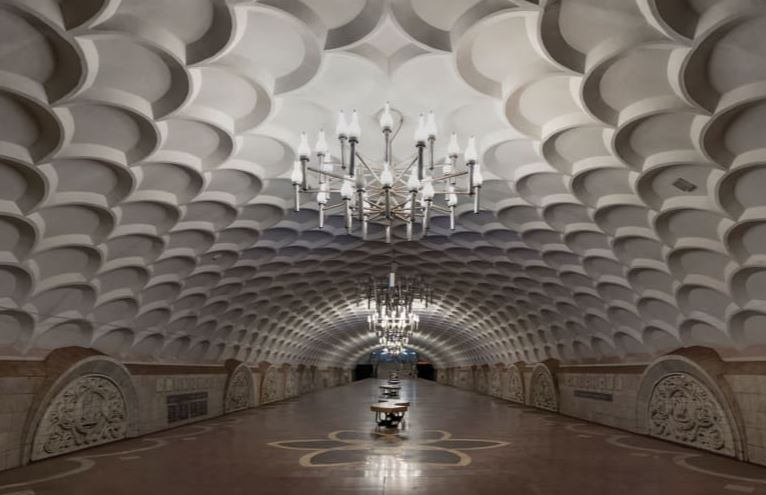 The structures are revealed in his new book Soviet Metro Stations and take readers on a journey through Soviet Russia from the 1930s and 1980s.

The station are filled with decadent chandeliers, marble columns, mosaics and grand statues.

Soviet Union despot Joseph Stalin wanted the stations to be "palaces of the people" and drafted in some of the best designers and architects around to bring his vision to life.

Herwig said: "Just recently, a lot of the restrictions that prohibited photography in the metro got lifted, which allowed me to really dive into this project.

"Over 20 years ago, I was initially blown away by the palatial stations with fancy classical columns and chandeliers.

Just recently, a lot of the restrictions that prohibited photography in the metro got lifted, which allowed me to really dive into this project

"But I soon found out that the metro expands over seven decades of history and design.

"There's so much more to them to fall in love with and get excited about."

Herwig's subterranean adventure comes after his previous book Soviet Bus Stops which saw him travel to 14 former Soviet states and capture some of their most unusual bus stops.

He went on: "Just as I loved hunting bus stops around the former Soviet Union, this was also amazing fun.

"There was so much more to each station than just a platform. There was an exterior. There were escalators, little details, different fonts, statues and lights."

One of the stand out stations included is Ploschad Revolutsii under Revolution Square in central Moscow.

It features around 80 sculptures depicting everything from Soviet sailors, to students and even a guard kneeling alongside a dog.

Mayakovskaya station in the Tverskoy District of central Moscow, once used as an air raid shelter, has various mosaic panels of Soviet workers in factories and fields. 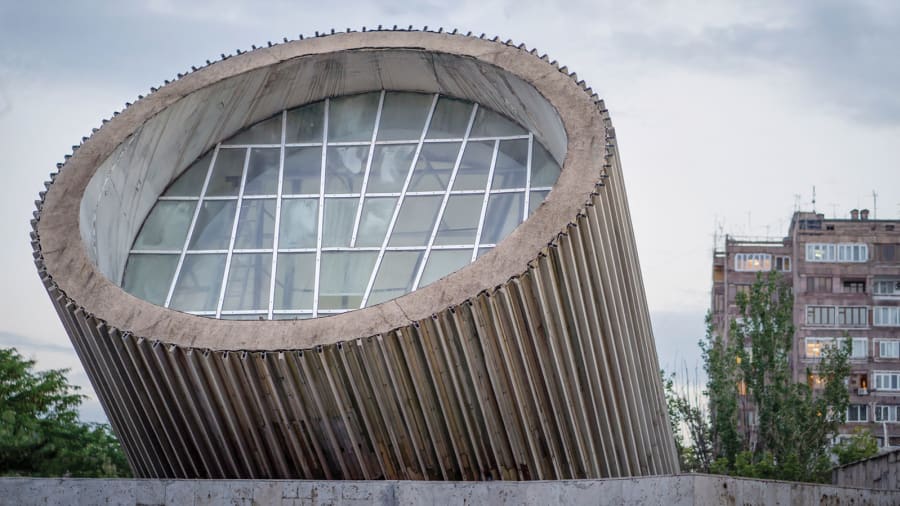 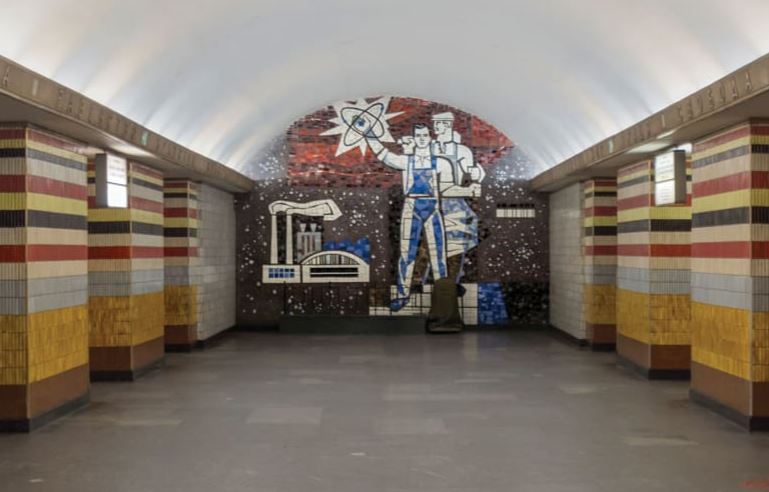 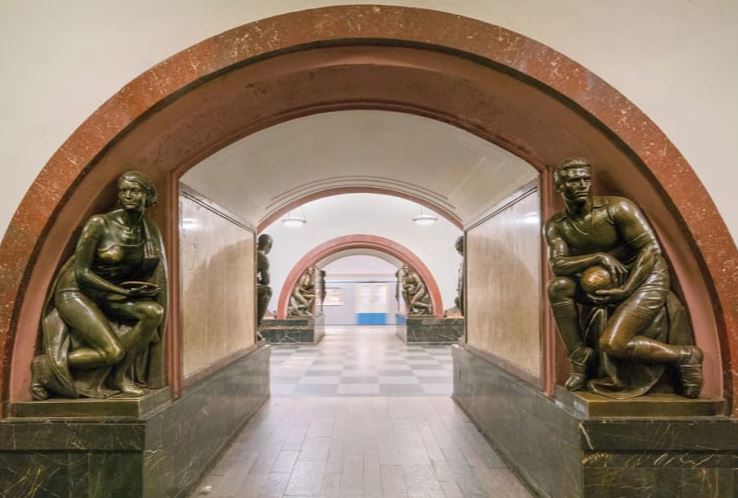 We previously gave a peek inside the holiday home of Stalin.

Located on Lake Ritsa in Abkhazia an autonomous region of Georgia – the modest property once belonged to the former Soviet Union dictator.

Built in 1947, the holiday home or ‘dacha' as it’s known in Russian was home to Stalin and his family during the warm summer months.

Photographer Ioanna Sakellaraki, 26, took these creepy images during her travels around the little known region of Abkhazia.

A living testament to Stalin and his renowned paranoia the dacha is surrounded by thick trees and is painted green to make it pretty much invisible from the air.

Ioanna said: “Such conspiracy is a tribute to the Stalin's paranoia. There is only one way to get here, and that is by a mountain road that winds through the thick forest.

“It is interesting that Stalin would never say exactly which of the many Abkhazian dachas he was going to stay at; so all five of them would be prepared for his stay.” 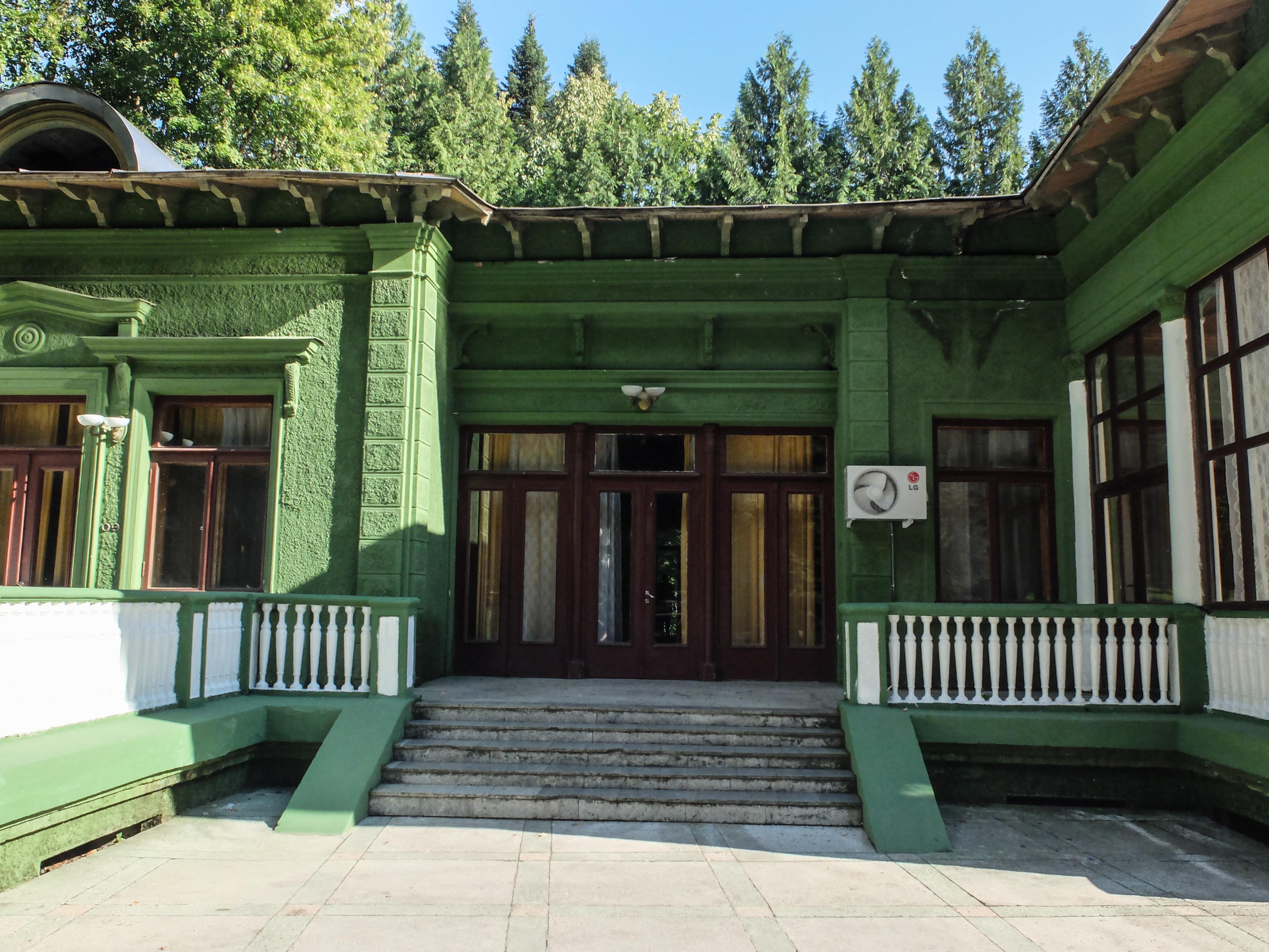 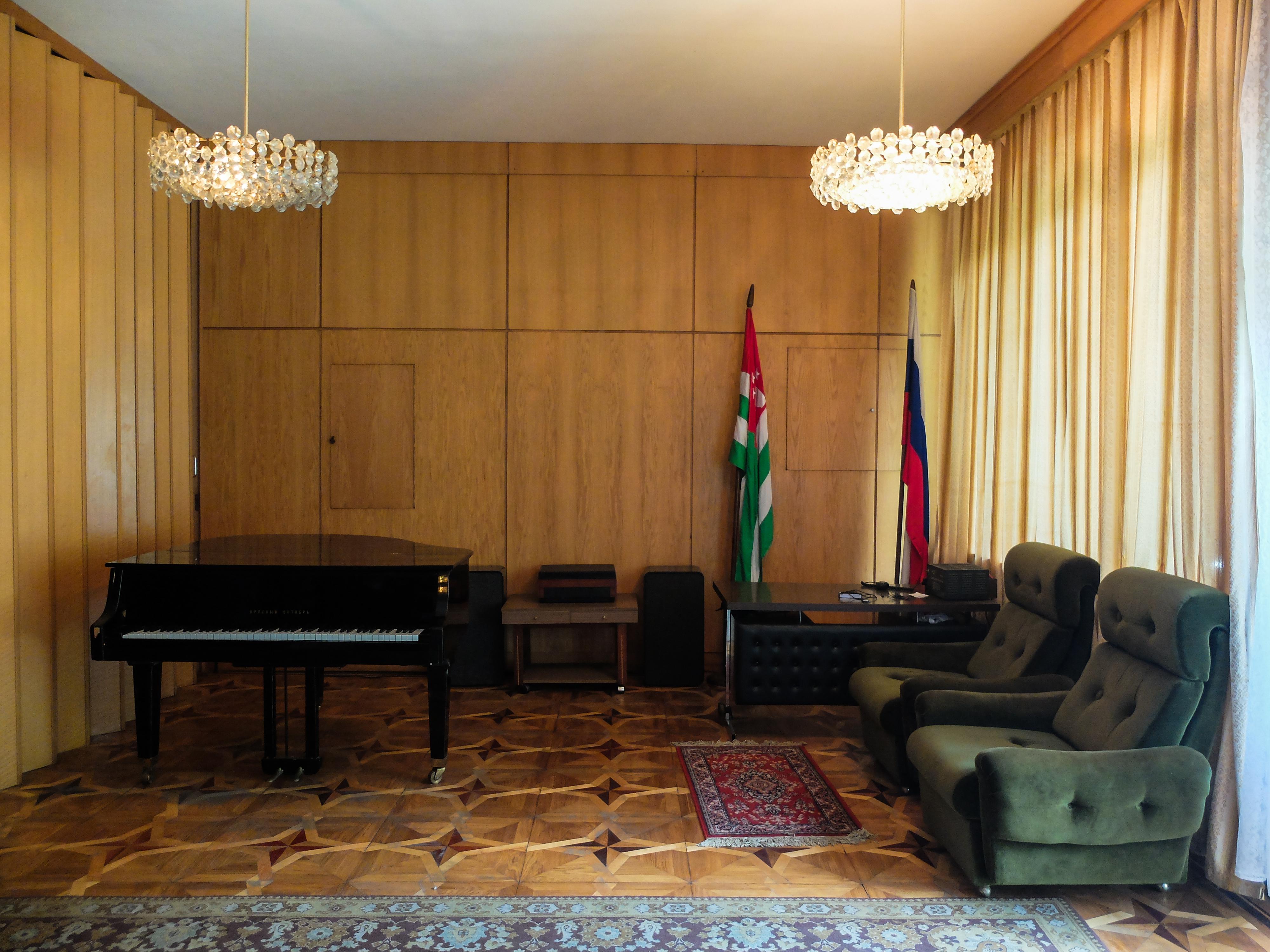 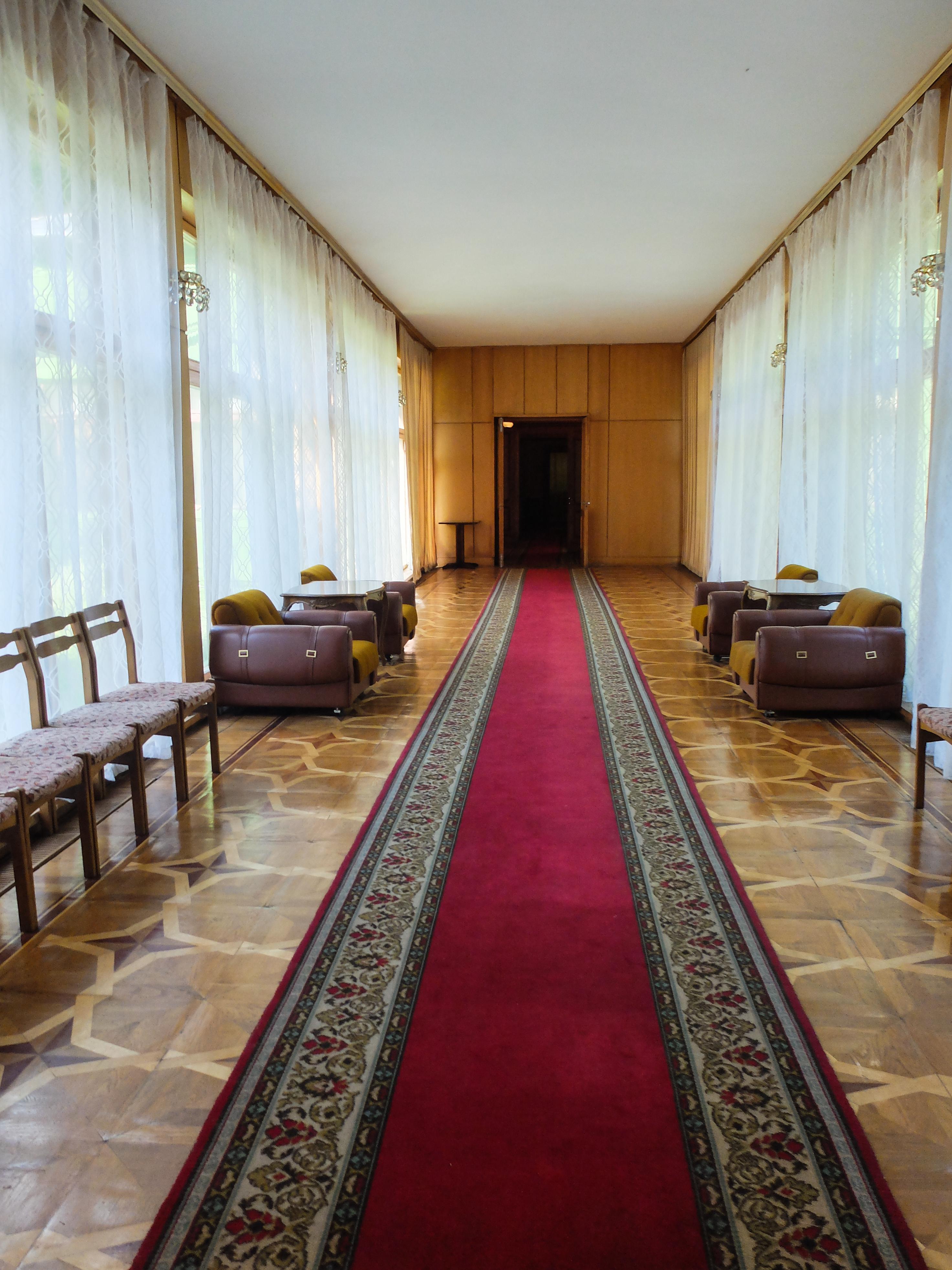 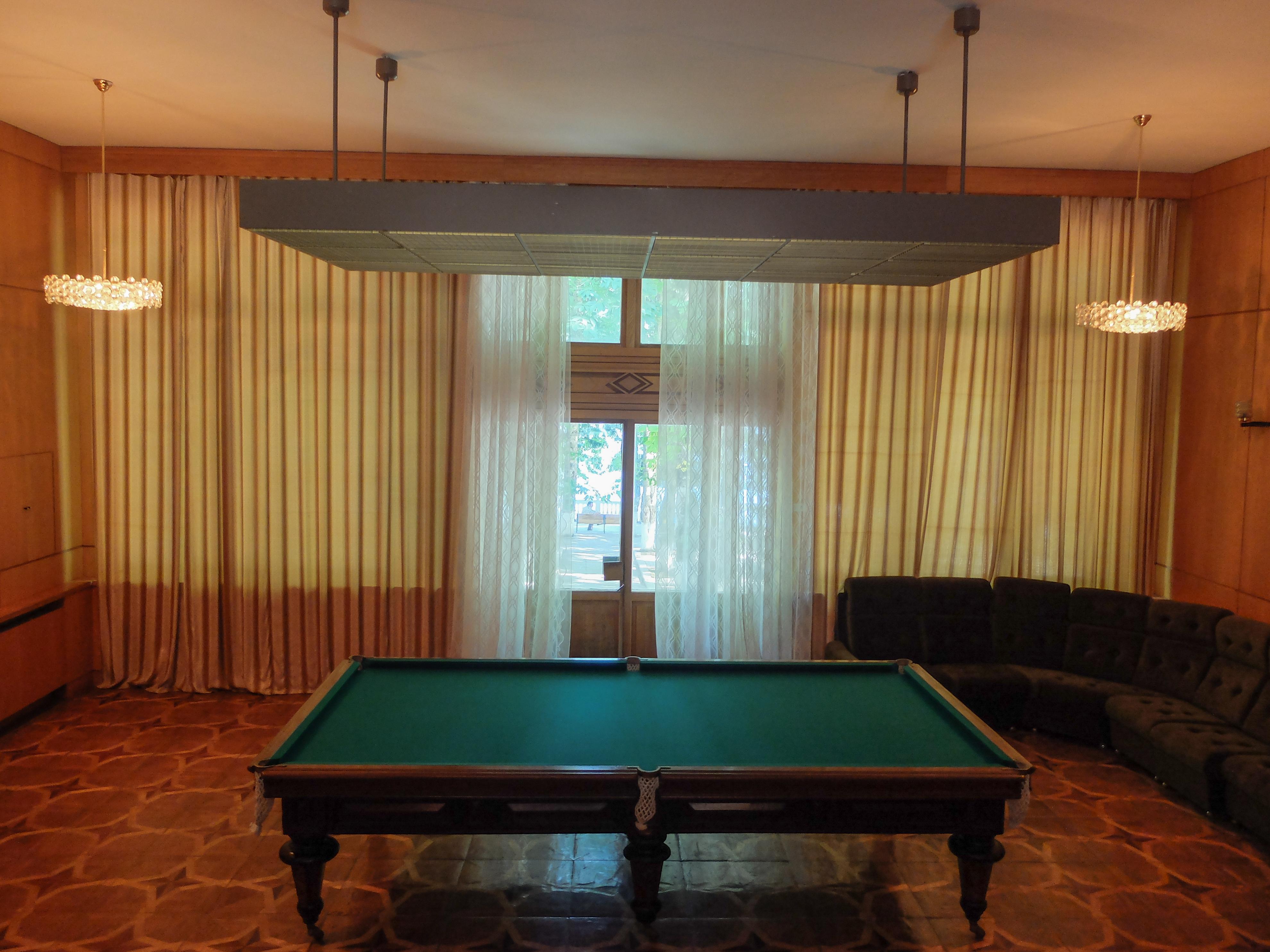 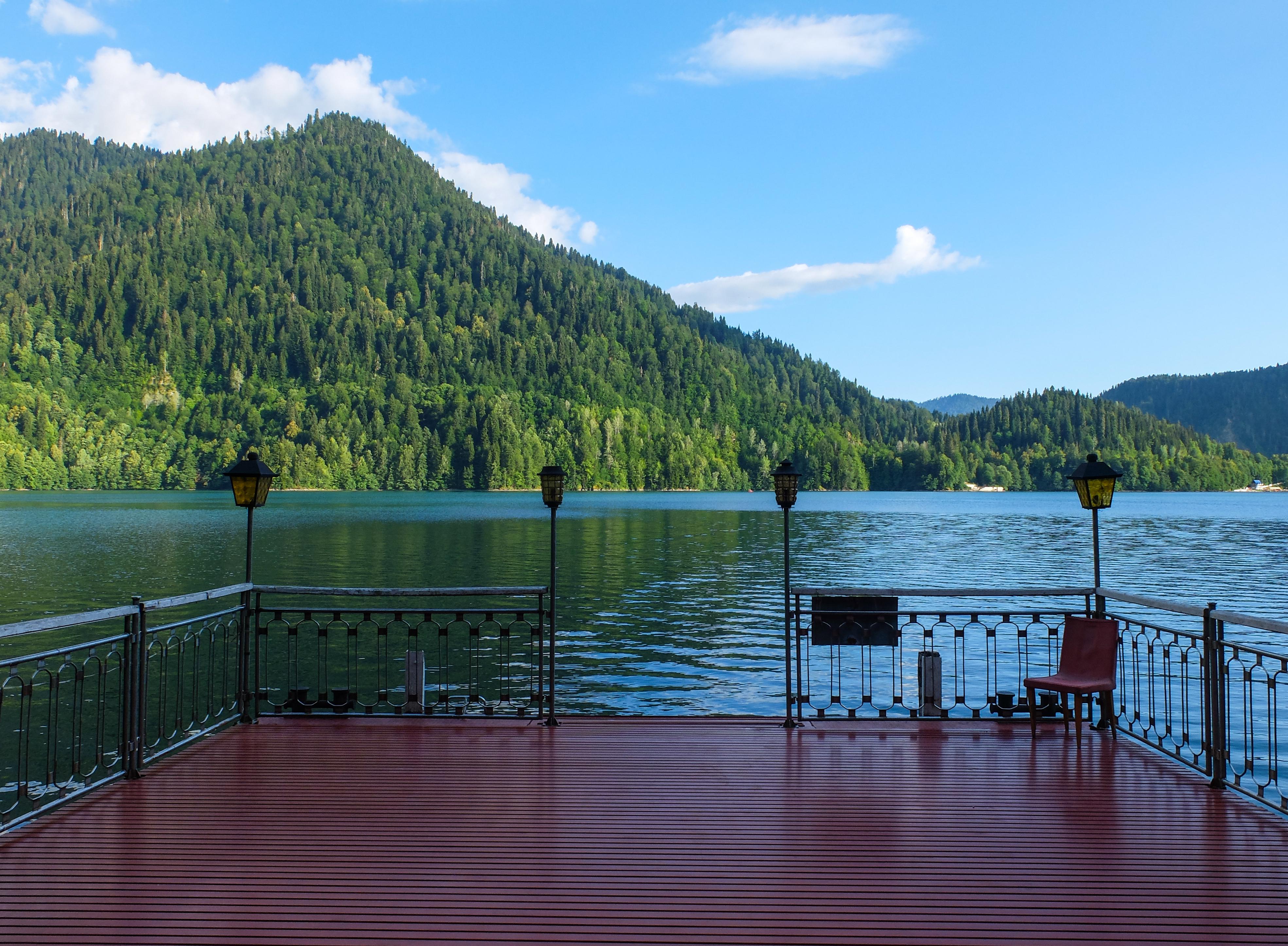 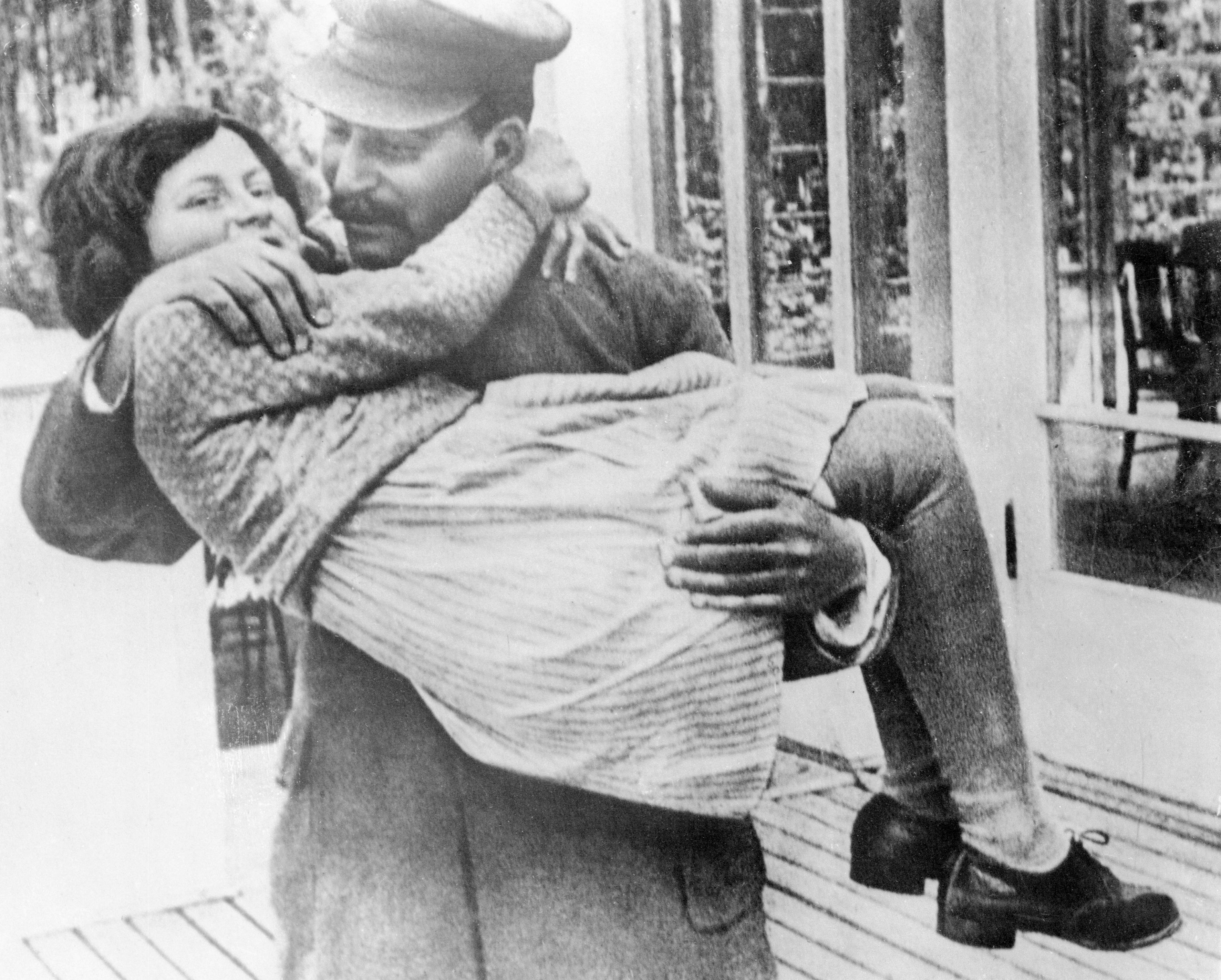 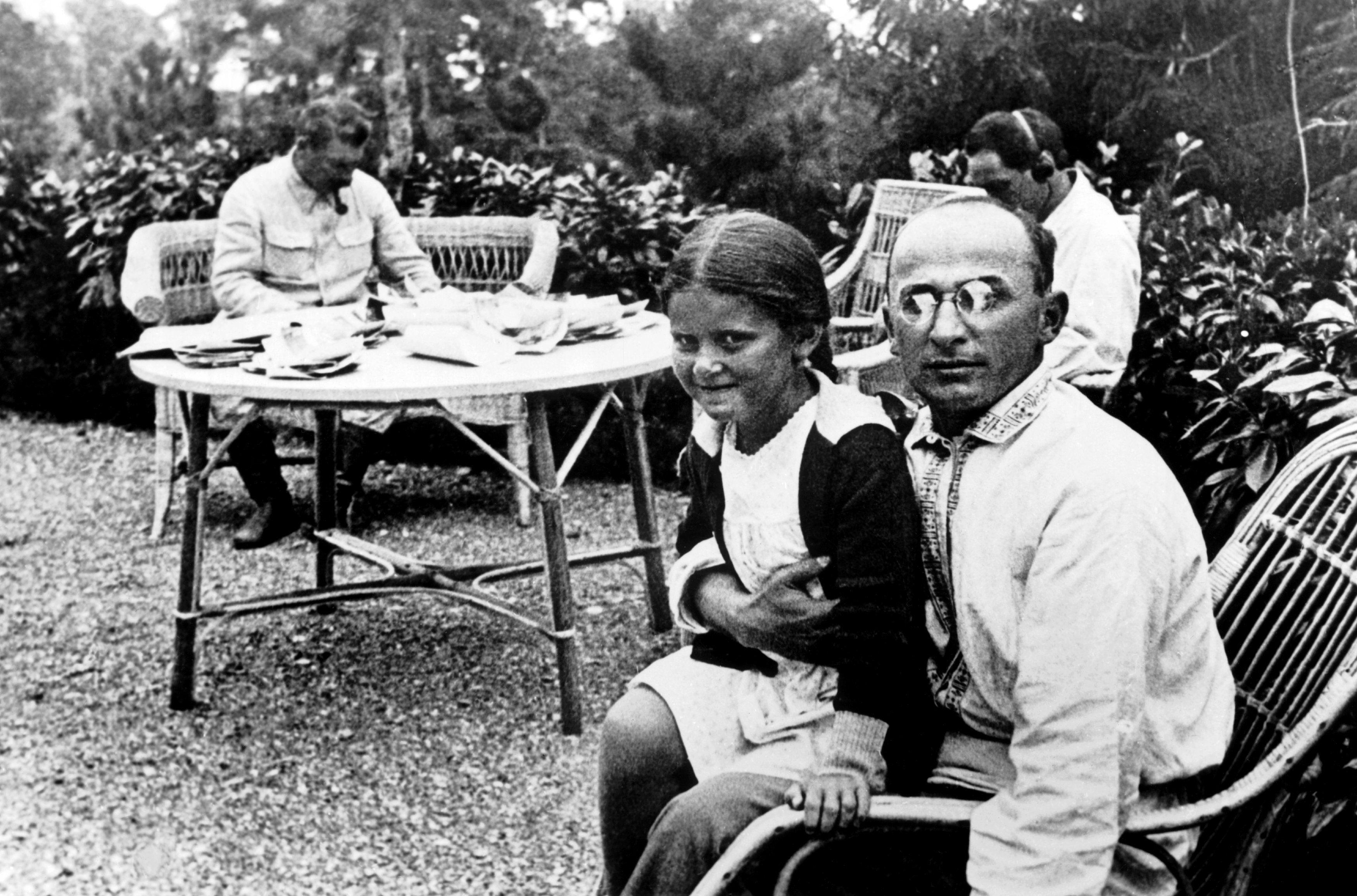