Stalker, 45, who posed as singer Jason Derulo on social media and threatened to burn down her rock musician ex boyfriend’s house and rape his granddaughter is jailed for five years

An obsessed stalker was jailed for five years today after threatening to burn down her ex-partner’s house and rape his young granddaughter.

Gemma Heppolette used a string of fake accounts, including one using the name of American singer Jason Derulo, to terrorise her ex Heath Booton and his family.

The 45-year-old woman, who has harassed Mr Booton for years,sent him pictures of a gun, threatened to burn down his house with him inside, and made threats to rape his three-year-old granddaughter.

Heppolette began sending the messages just a month after being released from jail in February 2020, having been previously locked up for targeting him in 2018.

Plymouth Crown Court heard she used various technical methods to avoid the e-mails and social media messages being traced back to her.

She denied charges of harassment by putting a person in fear of violence and breaching a lifelong restraining order which banned her from contacting Mr Booton. 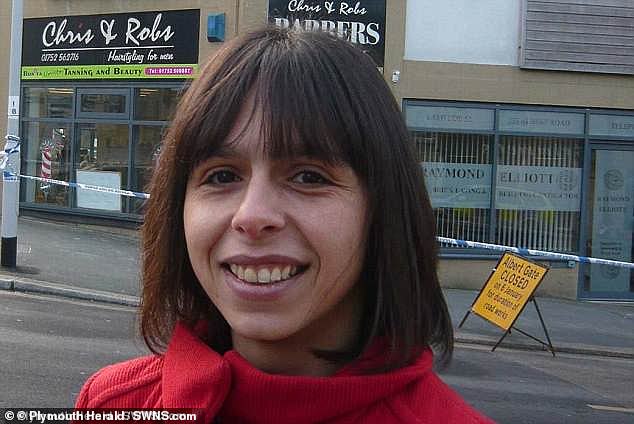 Gemma Heppolette has been jailed after she used a string of fake accounts, including one using the name of American star Jason Derulo, to terrorise her ex Heath Booton and his family

But the jury convicted her because she used similar language and wording in the latest messages which echoed previous threats sent by her to Mr Booton.

The most recent string of messages also featured the same strange spellings, and made use of the fake Jason Derulo account which had also been used before.

It is the fourth set of offences she has committed against her ex over a seven-year period.

Some of the messages she sent most recently included ‘bang, you’re dead’ and ‘your house is going to burn down with you in it’.

Mr Booton, who is a singer with the Plymouth-based band XLR, said: ‘It doesn’t seem as if she’s ever going to stop. I was forever looking over my shoulder, not just for me but my family as well.’

The court heard they had split up in 2014 after a two year relationship and Mr Booton said back in 2016 that she had ruined his life.

She was jailed and given an initial restraining order after pleading guilty to earlier offences of harassing him and perverting the course of justice in October 2015.

The court heard that while she was in prison, Mr Booton received no anonymous messages he suspected as coming from his ex-partner. 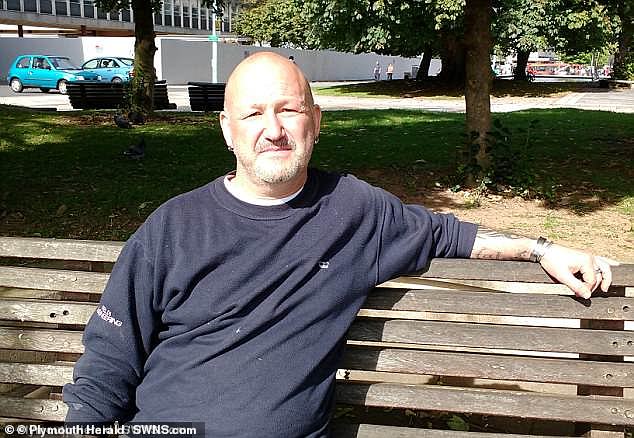 But within days of her release, in December 2015, he started receiving suspicious messages again.

Heppolette, using pseudonyms such as Prisoner Bellyflop, also praised herself and urged Mr Booton to rekindle their relationship.

The court heard that ‘Prisoner Bellyflop’ changed her name to Hannah Loveday in February but carried on sending messages.

Heppolette sent Mr Booton one message at a gig which said: ‘I have brought my little black friend. Bang, bang. I will use it.

Another said she would walk on his grave – and defaecate on it.

She was convicted by a jury of breaching the restraining order in September 2016.

Mr Booton said after her conviction in 2016: ‘It has really ruined my life. I have had many sleepless nights. I have been on anti-depressants.’

Then in 2018, she was jailed for four years and eight months after threatening to chop off Booton’s genitals and feed them to him. 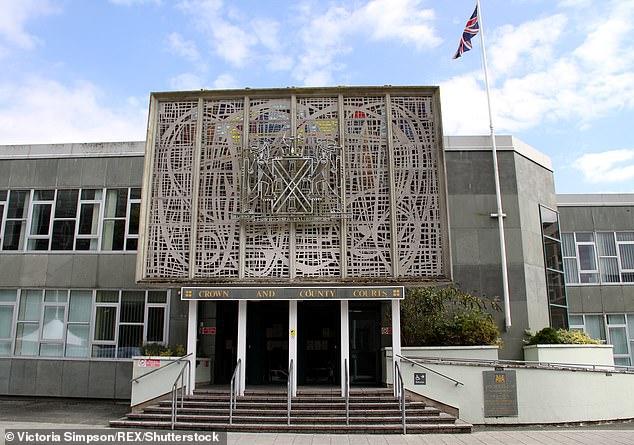 The crazed ex said she would blow up a gig by his band XLR and bombarded him with social media messages from fake accounts.

She repeatedly threatened to shoot him, and also to blow up a gig and ‘slice up his girlfriend’.

Another said she would walk on his grave – and defaecate on it.

Speaking at today’s hearing, barrister Katie Churcher, defending, said Heppolette, of Plymouth, Devon, wants to ‘detach from him’ and break the cycle of offending.

She added that Heppolette suffered from an emotional unstable personality disorder.

Judge William Mousley QC said she sent various communications to her ex partner ‘threatening death and serious injury to him and to members of his family by use of violence including sexual violence’.

He said the victim lived in constant fear and she ’caused him maximum distress by her planned and sophisticated behaviour perpetrated over a long period.’

The judge jailed her for a total of five years and made a seven year long criminal behaviour order which will restrict her ability to use internet enabled devices for criminal purposes.