A son today landed £27million of his Rolls-Royce-driving property tycoon father’s £100m fortune after winning a bitter court battle against his ‘ruthless’ sister.

Kevin Reeves built up vast personal wealth despite being illiterate, after using his business nous to rise from humble beginnings as an orphan who quit school aged 12.

He had four children, but his final will left 80 per cent of his millions to his Toni and Guy-trained hairdresser daughter, Louise, 35, when he died aged 71 in 2019.

His death sparked a ‘bitter feud’ after his second son, Bill Reeves, 47, claimed that Louise had bullied their father to change his will and leave him almost nothing.

He claimed ‘Jekyll and Hyde’ Louise – who he said ‘likes money’ and is drawn to ‘flash things’ – was behind their father’s ‘inexplicable’ decision to almost completely cut him out.

He told London’s High Court he enjoyed a great relationship, even offering to donate a lung when he was ill, meaning there was no reason why Kevin should leave him with so little in his last will made in 2014.

Today, a top judge handed Bill victory after finding that ‘very materialistic’ Louise probably ‘engineered’ the will and had not proved that ‘illiterate’ Kevin knew and approved of its contents. 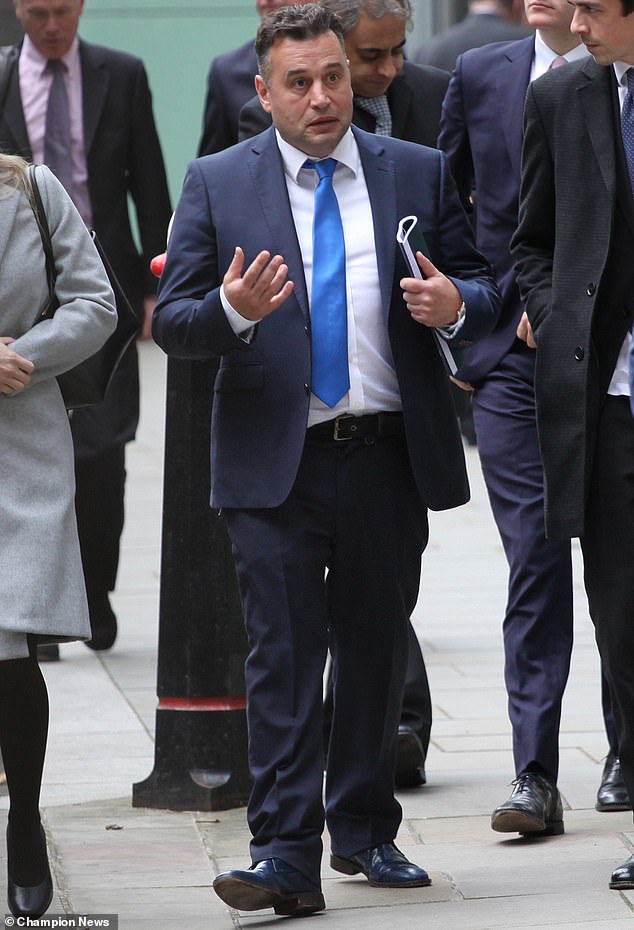 Kevin Reeves built up vast personal wealth despite being illiterate, after using his business nous to rise from humble beginnings as an orphan who quit school aged 12

He had four children, but his final will left 80 per cent of his millions to his Toni and Guy-trained hairdresser daughter, Louise, 35, (pictured) when he died aged 71 in 2019

It means Bill will now scoop about £27m of his father’s fortune, left to him under a previous 2012 will.

Mr Justice Michael Green rejected the claim that Louise had bullied her father, but said she had ‘pulled the wool over his eyes’ so he did not know what was in the will.

‘I believe that Louise is a risk taker and she can be manipulative. She knows what she wants and she knows how to get it,’ he said.

‘I believe that she was prepared to take the risk, because the prize was so great, of being found out by the deceased in relation to the 2014 will and she would have taken the consequences.’

Despite beginning with ‘no privileges or advantages,’ he made himself rich through ‘his own ingenuity, hard work and sheer force of character,’ said Louise’s barrister Thomas Dumont QC.

He had four children – Louise and Bill, their estranged elder brother Mark, and half-sister Lisa Murray, who did not know her father until she was in her 20s.

In a will in 2012, Kevin planned to give 10 per cent shares of his fortune to Mark’s two kids, Ryan and Ria, with the remaining 80 per cent split equally between Bill, Louise and Lisa.

But in 2014, he signed a new will, leaving Bill only about £200,000 worth of personal effects, with the rest split between his daughters, with Louise getting 80 per cent and Lisa 20 per cent.

It meant Louise would walk away with a vast personal fortune totaling up to £80m – as well as land and her father’s beloved Rolls Royce Phantom.

In court during a trial of the case in November, Bill, backed by Mark’s son Ryan, 24, challenged the validity of the 2014 will, with Louise and Lisa seeking to uphold it.

Bill’s barrister Constance McDonnell QC argued that Louise had been ‘dominant’ over their father with whom she was living at the time – sometimes ‘flying into rages’ – and ultimately he had been worn down, given in to her and left her the £80m.

It made no sense for Kevin – for whom ‘blood was thicker than water’ – to change his will so drastically to cut out Bill, with whom he was so close that he had moved into an annexe next to Bill’s £2.5m home in the New Forest, she said.

‘It is submitted that Louise had a financial motivation for influencing her father to change his will,’ she told the judge. ‘Quite simply, she enjoys wealth and the trappings of wealth and power.’ 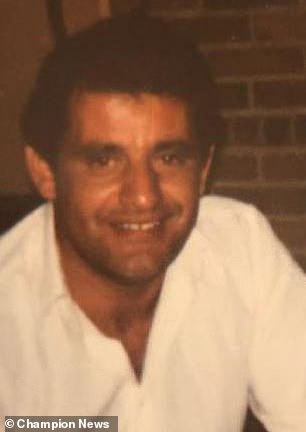 Mr Justice Michael Green rejected the claim that Louise had bullied her father (pictured), but said she had ‘pulled the wool over his eyes’ so he did not know what was in the will

Accusing her of exercising ‘undue influence’ over her father, Ms McDonnell said Louise had shown herself in the witness box to be a ‘capable manipulator’ with a ‘ruthless streak.’

‘She tried, too hard, to portray a sickly-sweet relationship with her father,’ said the QC.

She claimed that Louise could not prove her father’s ‘knowledge and approval’ of the 2014 will, which so drastically changed where his fortune went after he died.

If he had even tried to read the document after it was prepared, he would have failed, since he could ‘barely read.’

His illiteracy was shown in the fact he had spelled his other daughter Lisa’s name incorrectly in three different ways on one document, she claimed.

He couldn’t spell his own address and struggled even to copy letters and words from printed texts, she told the judge.

Ruling on the case today, Mr Justice Green said there had been no allegation of ‘fraud’ and rejected Bill’s claim that Louise had ‘unduly influenced’ their father into making the will.

But despite being the main beneficiary, she had been involved in almost all of his solicitor Daniel Curnock’s dealings with Kevin and was entrusted to confirm to him that her father approved of its contents once drawn up.

‘I am not satisfied that Louise has established that the deceased did so radically change his mind about Bill, Ryan and Ria, so as to lead him to cut them out of his will,’ he said.

Kevin Reeves had a tough start to life – with the court hearing how he was left as an orphan to a convent before leaving school at 12 with limited literacy skills.

But through his ‘ingenuity and hard work’,  he was able to raise up from these humble beginnings to build a £100million property empire based around Southampton.

He was described in court as having a ‘tough exterior’, which made him a famously tough negotiator. But he was also a devoted family man, relatives said.

Mr Reeves made the most of his fortune to enjoy a luxury lifestyle, owning a fleet of cars including a Rolls Royce Phantom and going on holidays to California and Las Vegas.

‘Furthermore, I believe that if there had been such a dramatic change of mind by the deceased, that it would have appeared quite differently in a contemporaneous attendance note.’

Kevin’s solicitor had a duty to confirm that he really did want to change his will so drastically, he continued.

‘The fact that all the arrangements for and dealings with the deceased were through Louise, except for the 11 December 2013 meeting, should have meant that Mr Curnock got specific confirmation from the deceased that those were his true instructions.’

Louise had described it as a ‘big call’ for her father to leave Bill out of the will, but said Kevin had told her Bill was already very well-off and that he had not been getting on with him.

‘I do not accept her evidence on this,’ said the judge.

‘She knew full well what was in her father’s will and she likely engineered it so that she would get the bulk of his estate.

‘She had a good relationship with Bill at the time and indeed throughout until this dispute arose, and if this was a decision made by her father on his own, which she found out about shortly after the will was executed, she would have been likely to discuss it with Bill, particularly if she believed, as she said she did, that the deceased had told Bill.

‘But there was no such discussion and that lends weight to the view that Louise knew that it had to be kept quiet.

‘If Louise orchestrated the preparation and execution of the 2014 will in her favour, she must have calculated that the risk of the deceased actually being able to read the 2014 will for himself to be very small.

‘She would have known that the deceased would have relied on her and Mr Curnock faithfully to record his testamentary instructions in the 2014 will.

‘That is why it was so important for her to have stated in her email of 20 December 2013 to Mr Curnock that ‘Dad has browsed over drafts and they seem fine’.

‘That is the only record of the deceased having read the draft 2014 will and it would indicate to Mr Curnock both that the deceased could read and that he was happy with the draft will.

‘Mr Curnock should obviously not have accepted Louise’s word on that.

‘If it is the case that the deceased could not have read the 2014 will for himself, then Louise’s email was deliberately false and may have misled Mr Curnock into thinking that the deceased was able to and did read the draft will.’

He rejected the claim of undue influence against Louise, but concluded: ‘I have come to the conclusion that Louise has not proved that the deceased knew and approved the contents of the 2014 will, despite being of sound mind and the will having been duly executed.’

Kevin’s estate will be divided under the terms of the 2012 will, with Ryan and Ria getting 10 per cent each and Bill, Louise and Lisa sharing the rest equally.