ONE of the soldiers arrested over a suspected cocaine racket told Kate Middleton she was "absolutely stunning" at a St Patrick’s Day parade, The Sun can reveal.

Six serving members of the Irish Guards were held on suspicion of dealing the Class A drug and running a loan shark operation. 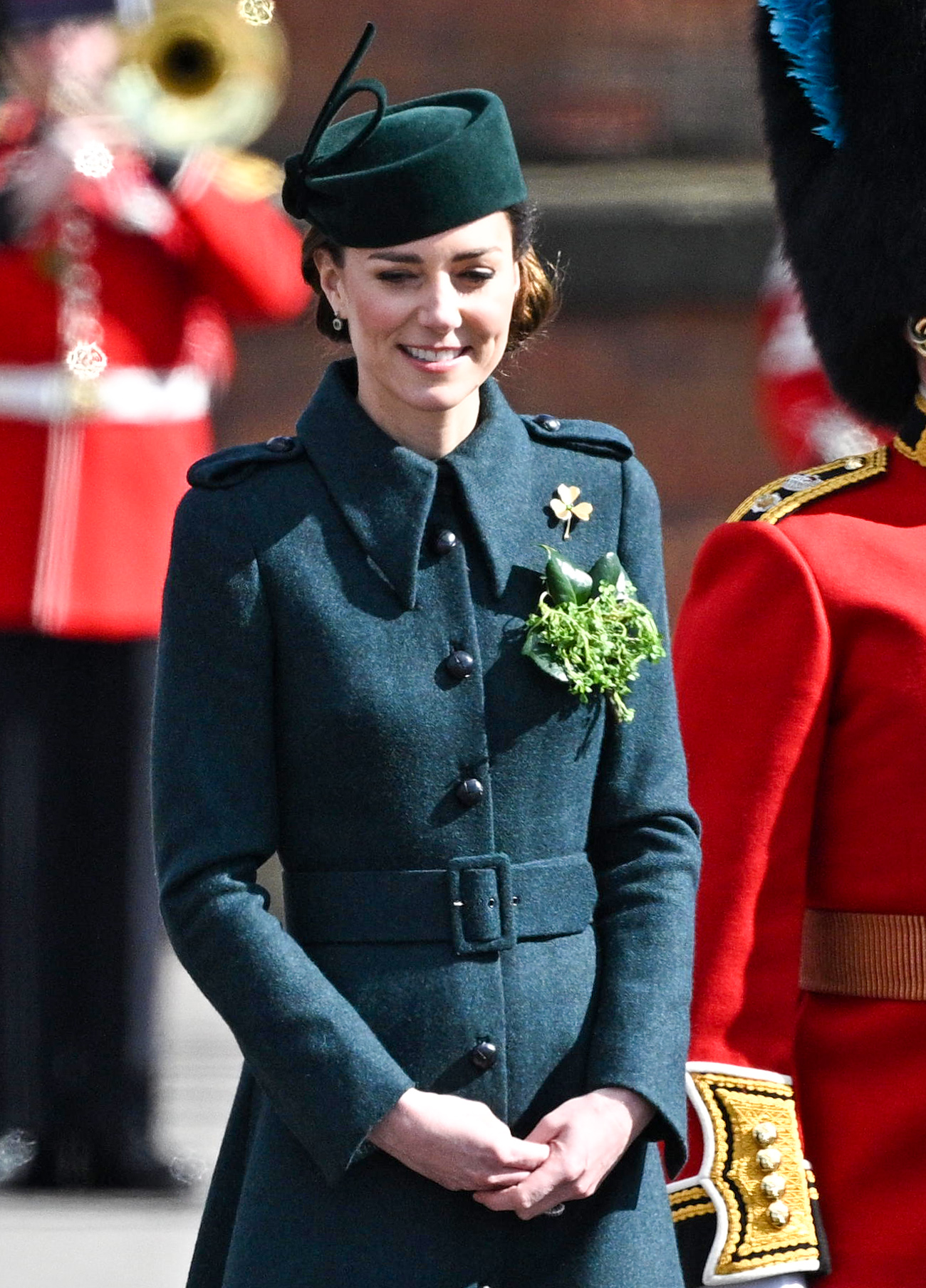 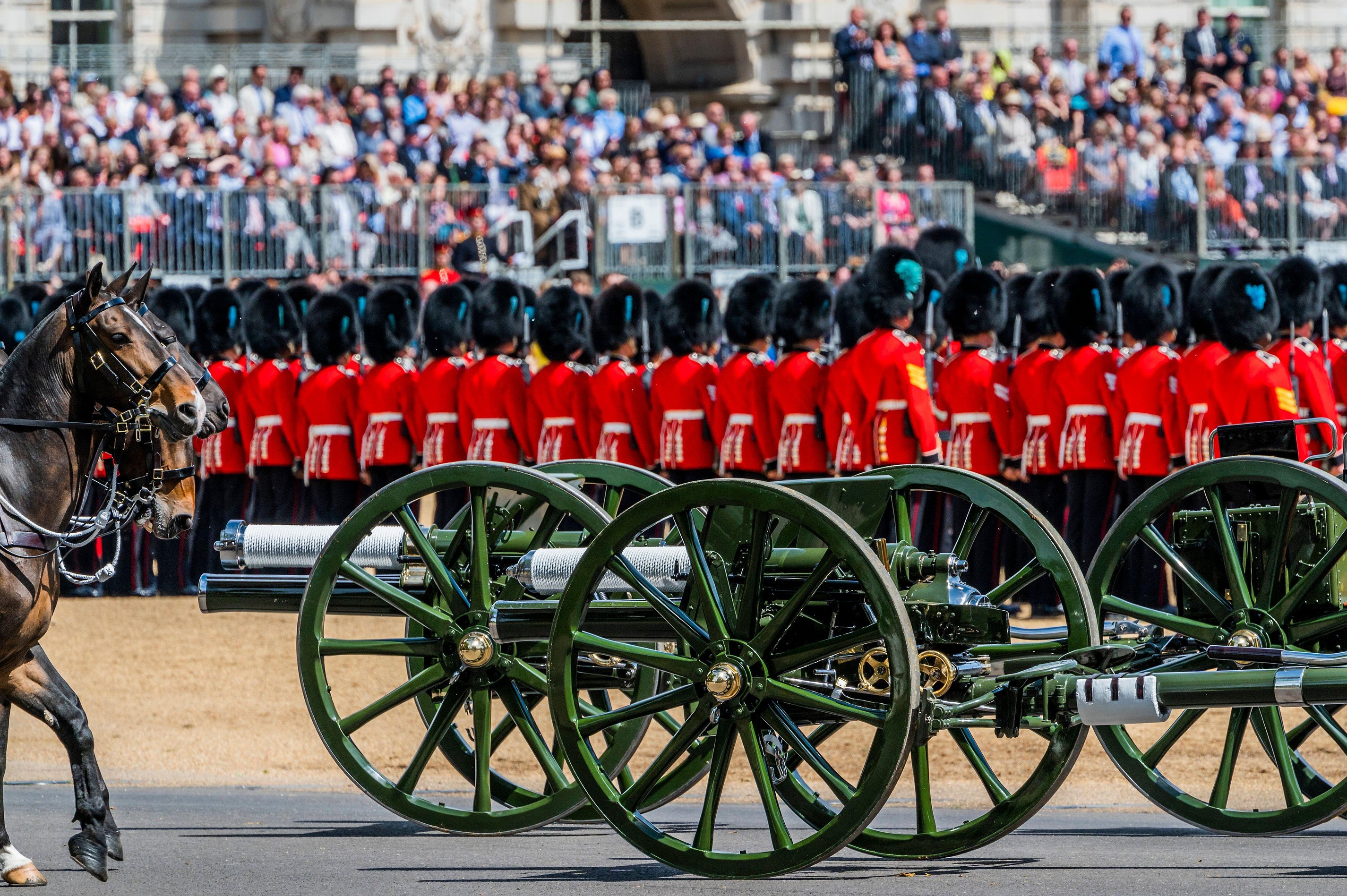 The elite troops, whose Colonel-in-Chief is Prince ­William, had been due to lead the Trooping the ­Colour in red tunics and bearskins in front of Her Majesty on Thursday.

The guards were nicked on Wednesday in dawn raids in Hampshire, Berkshire, North Wales and Northern Ireland.

At least one of the Irish Guards arrested had met the Duchess of Cambridge at a St Patrick’s Day parade.

He described her as "absolutely stunning". 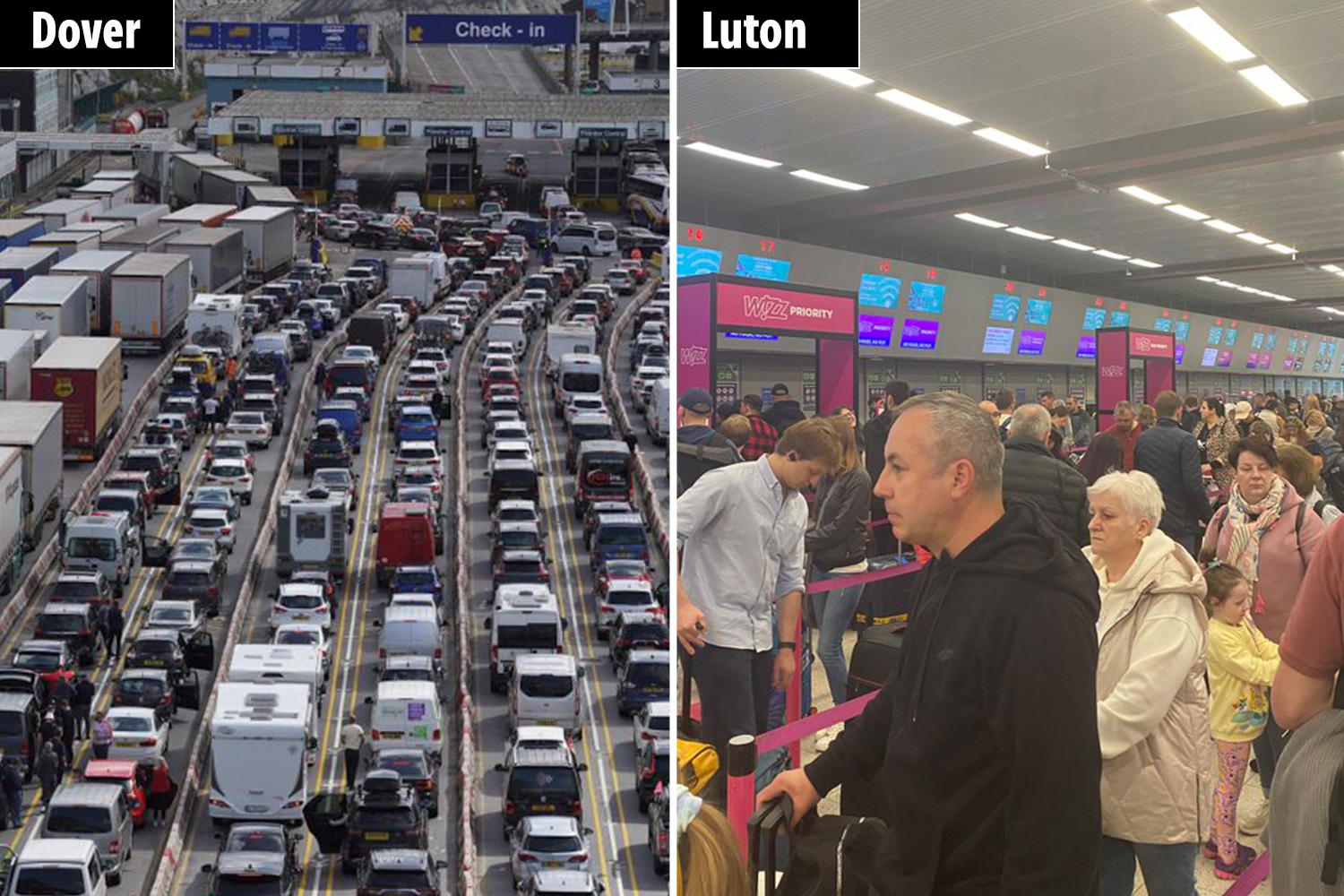 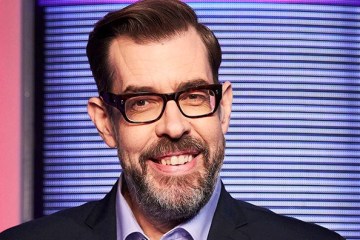 The Duchess often hands out shamrocks at the March 17 event.

A former sergeant from the Coldstream Guards was also nabbed.

The group were arrested on suspicion of dealing in cocaine and organising a loan shark operation.

It is alleged they were lending money at extortionate rates, collecting debts and laundering cash.

Five of the seven suspects were released on bail.

The other two were held by Red Cap Royal Military Police who led the investigation, said to have taken several months.

A source at Mons Barracks in Aldershot, Hants, where the 1st Battalion Irish Guards are based, said: “They came in like the DEA (US Drug Enforcement Administration) — kicking down doors.

“There was no warning. We were told they had been planning the operation for months.

“It wasn’t just the barracks. They searched the soldiers’ homes off base. It’s all come as a huge shock.”

The Ministry of Defence said: “As part of a planned operation, the Royal Military Police arrested six Irish Guards soldiers and a Coldstream Guardsman veteran on suspicion of conspiracy to supply drugs and money lending and laundering offences.

“As this is now the subject of an independent Royal Military Police investigation, it is inappropriate to comment further.”

The Sun can reveal that at least one of the Irish Guards arrested had met the Duchess of Cambridge at a St Patrick’s Day parade.

He described her as “absolutely stunning”.

The Duchess often hands out shamrocks at the March 17 event.

The elite Irish Guards are the lead regiment for the Platinum Jubilee Trooping the Colour.

They led a Trooping the Colour parade last Saturday and are due to lead an identical parade tomorrow in front of the Duke of Cambridge before Thursday’s appearance.

More than 1,450 soldiers, 200 horses and 400 musicians will take part in the fanfare, which marks the monarch’s official birthday.

A defence source said the suspects would not be joining the parades.

The Queen’s elite Household Division has been rocked by recent scandals.

A Coldstream guardsman aged 19 was arrested in March after going AWOL to join Ukraine’s foreign legion.

The Regimental Sergeant Major of the Coldstream Guards faces trial in July on charges of plotting to sell ammunition.

And, in 2020, 13 soldiers from the Welsh Guards were jailed for breaking lockdown with a booze and coke-fuelled party outside Windsor Castle. 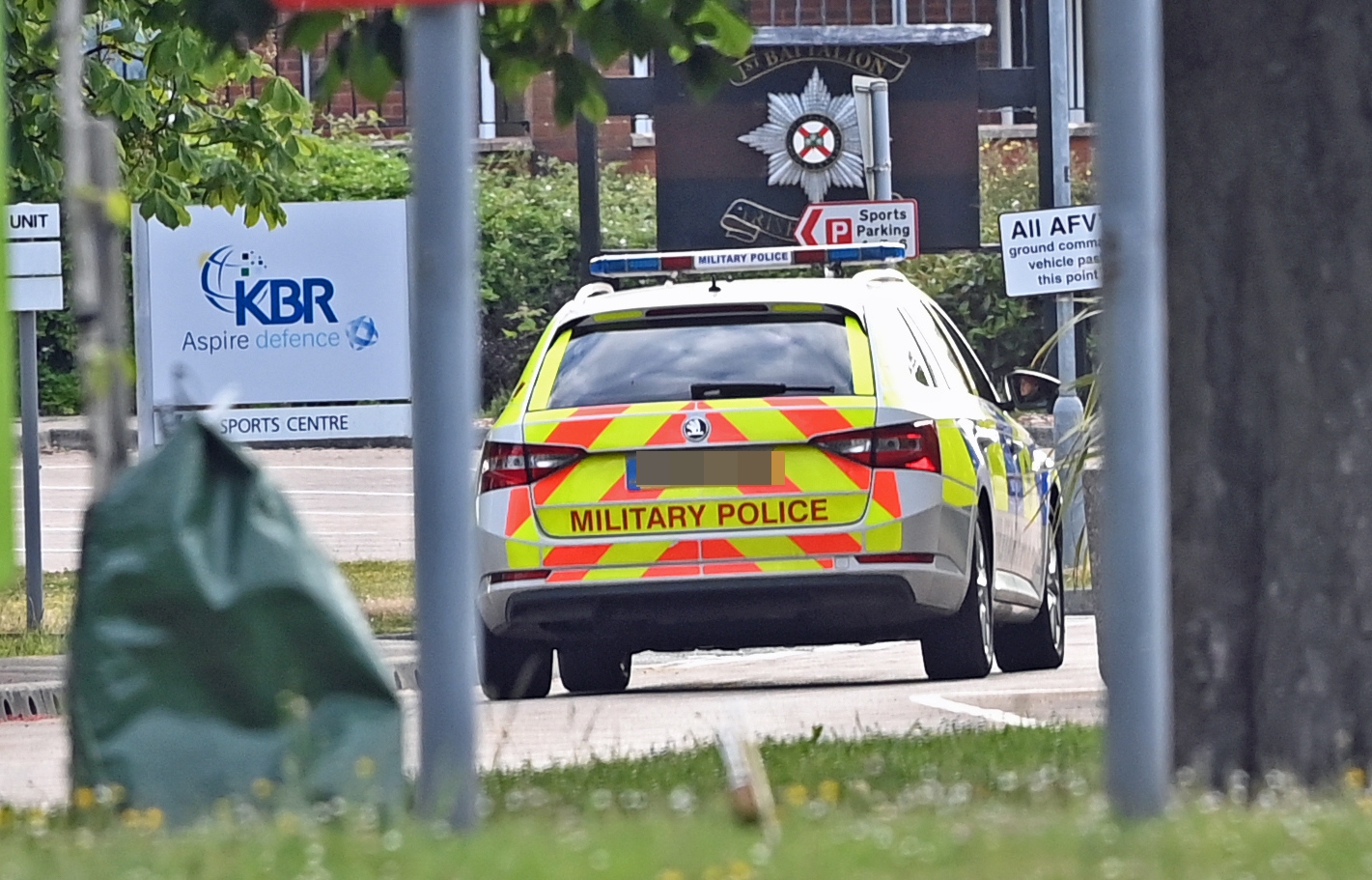