A SINGLE dose of either the Oxford or Pfizer vaccine can slash hospitalisations from Covid in older people by 80 per cent, Matt Hancock has confirmed.

The results apply to the Pfizer and Oxford/AstraZeneca vaccines, with the British jab proving slightly more effective against the bug. 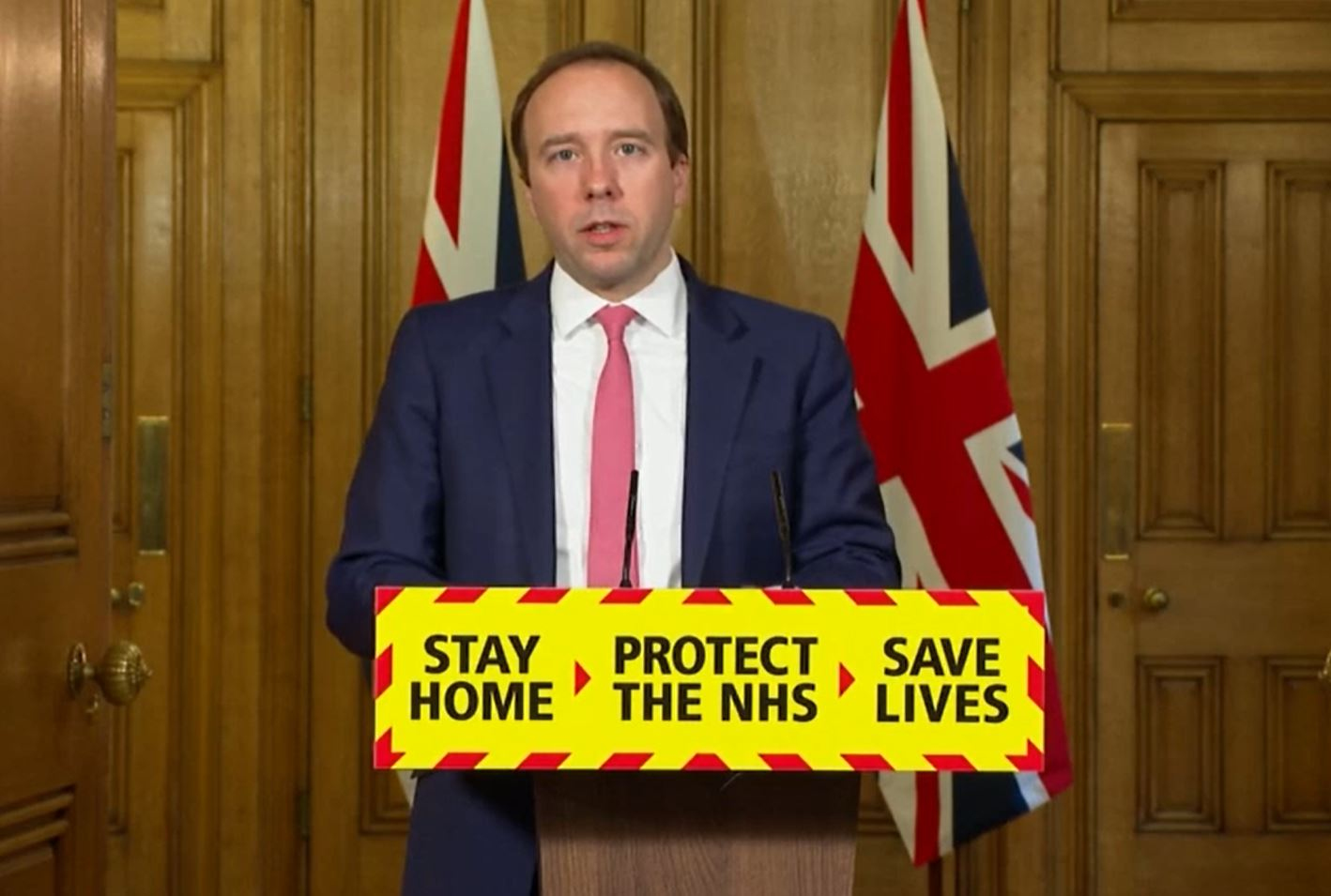 The figures, taken from a Public Health England (PHE), were calculated by comparing people who had received a first dose of the jab with others of a similar age who had not got their vaccine yet.

He said that "a single shot of either the Oxford/AstraZeneca vaccine or of the Pfizer vaccine works against severe infection among the over-70s with a more than 80 per cent reduction in hospitalisations".

"In fact, the detailed data show that the protection that you get from catching Covid 35 days after a first jab is even slightly better for the Oxford jab than for Pfizer, albeit both results are clearly very strong", he added.

Professor Jonathan Van Tam this evening explained the data set and said: "The data shows that if we are patient then the vaccine programme will take us into a very different world in the next few months."

The results from the PHE study comes just over a month after French President Emmanuel Macron said the vaccines were "quasi-ineffective on people older than 65, some say those 60 years or older”.

Mr Hancock this evening said he hoped people "right around the world" studied the data and understood what is means.

He added: "Getting the AstraZeneca jab and Pfizer jab could save your life." 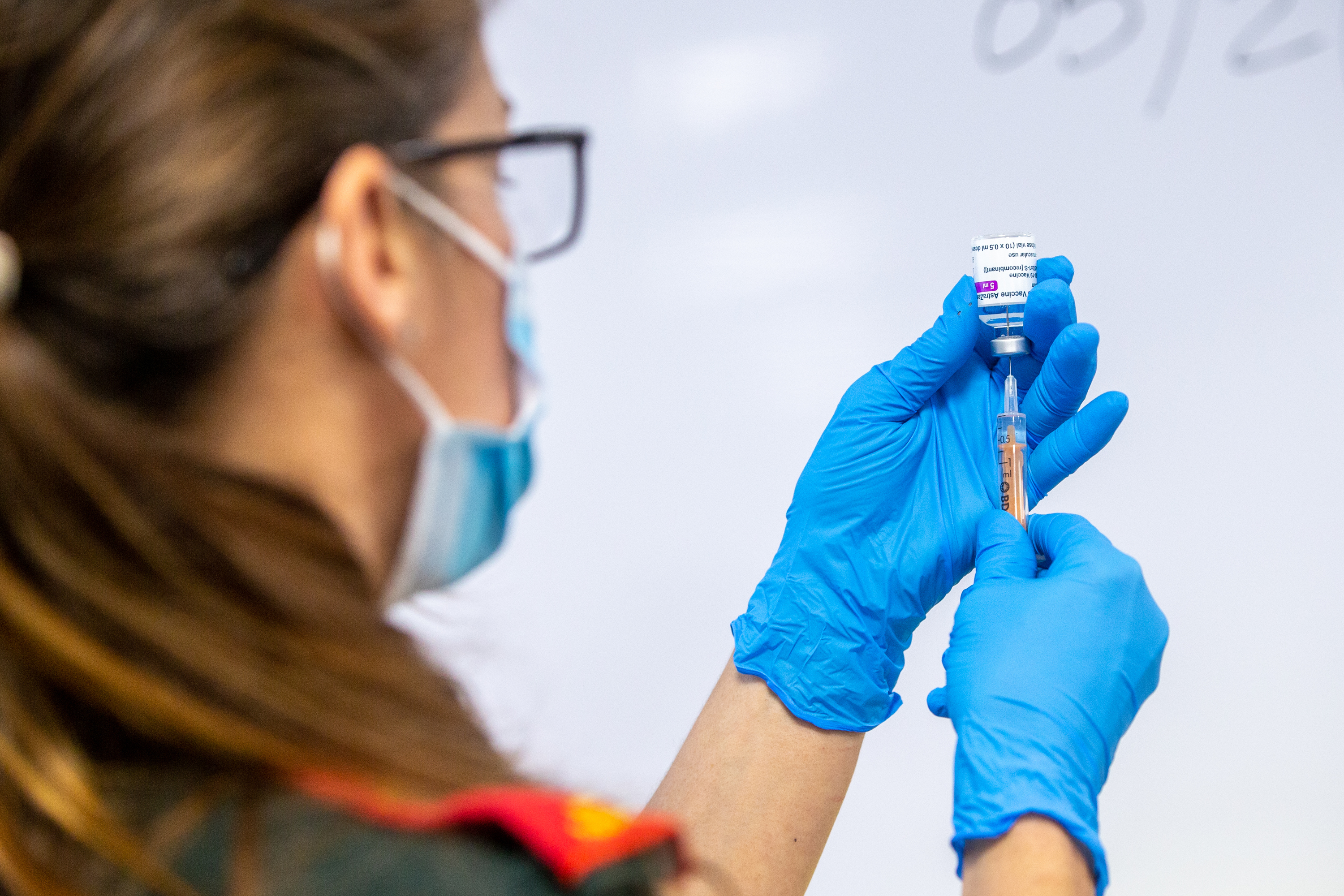 Researchers say the Oxford/AstraZeneca jab is more effective than Pfizer's vaccine at stopping people from becoming severely ill and needing to be hospitalised.

It represents another huge boost to Britain’s world-beating vaccine rollout, which has now achieved over 20 million first injections of either the Oxford/AstraZeneca or Pfizer/BioNTech jab.

And the study helps to explain why the numbers being hospitalised are falling so rapidly in the oldest age groups.

The pre-print study states that since January protection against symptomatic Covid for four weeks after the first dose is between 57 and 61 per cent for Pfizer and 60 to 73 per cent for the Oxford/AstraZeneca jab.

Deaths among the over-75s have dropped by 40 per cent, while the number of over-85s being admitted to intensive care units with Covid has dropped close to zero. 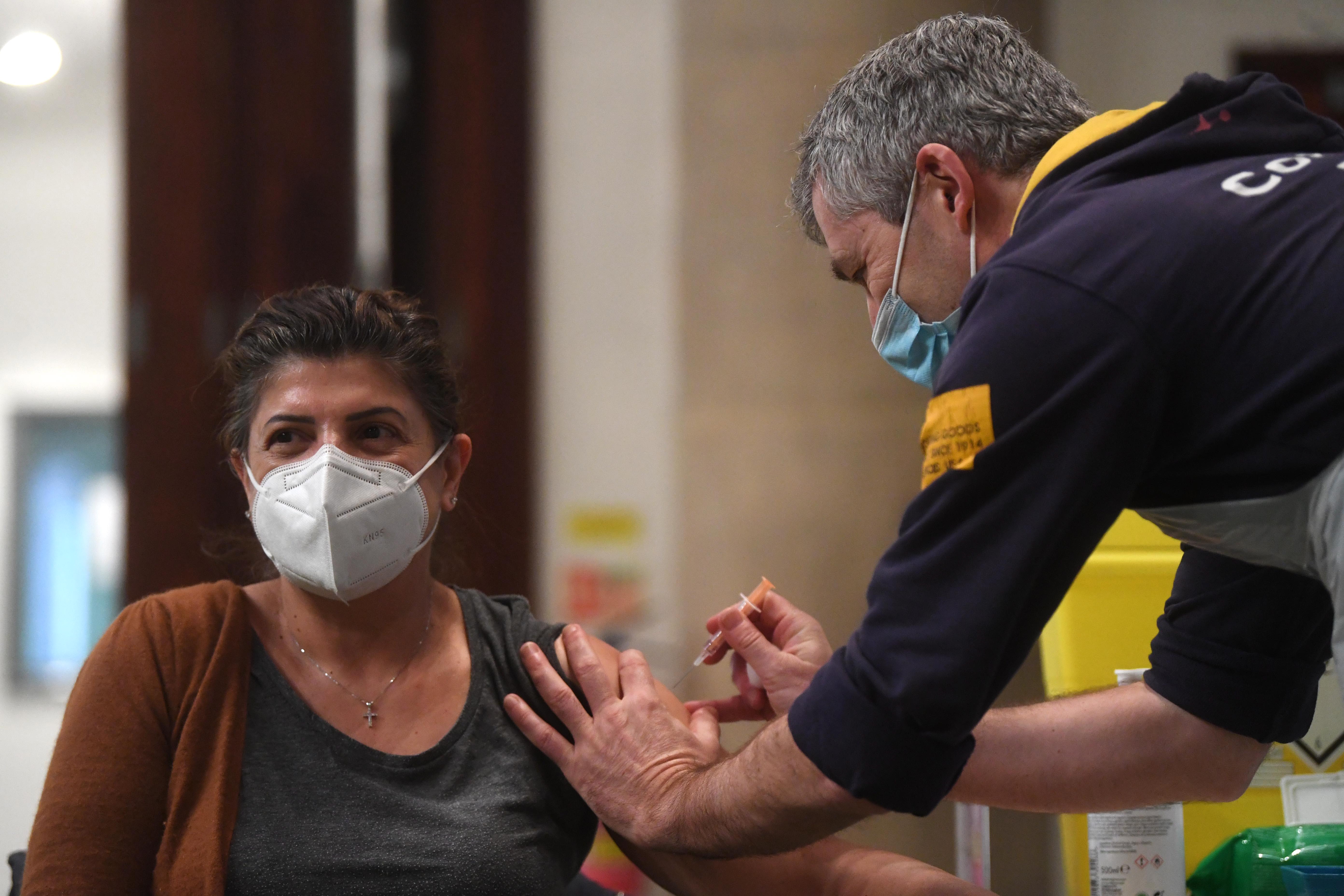 Dr Mary Ramsay, PHE Head of Immunisation said that the evidence adds to growing evidence showing that vaccines are working to reduce infections and save lives.

She said: “While there remains much more data to follow, this is encouraging and we are increasingly confident that vaccines are making a real difference.

“It is important to remember that protection is not complete and we don’t yet know how much these vaccines will reduce the risk of you passing Covid-19 onto others.

“Even if you have been vaccinated, it is it is really important that you continue to act like you have the virus, practise good hand hygiene and stay at home."

Figures on the success of both jabs available in the UK follow a separate study by Edinburgh University – published last week – which found that "the Pfizer and Oxford/AstraZeneca vaccines were shown to reduce the risk of hospitalisation from Covid-19 by up to 85 per cent and 94 per cent, respectively."

Phase 1 of the ambitious Covid rollout of first doses – covering 32million Brits either aged 50 and over and those at high risk – should be completed by April 15. 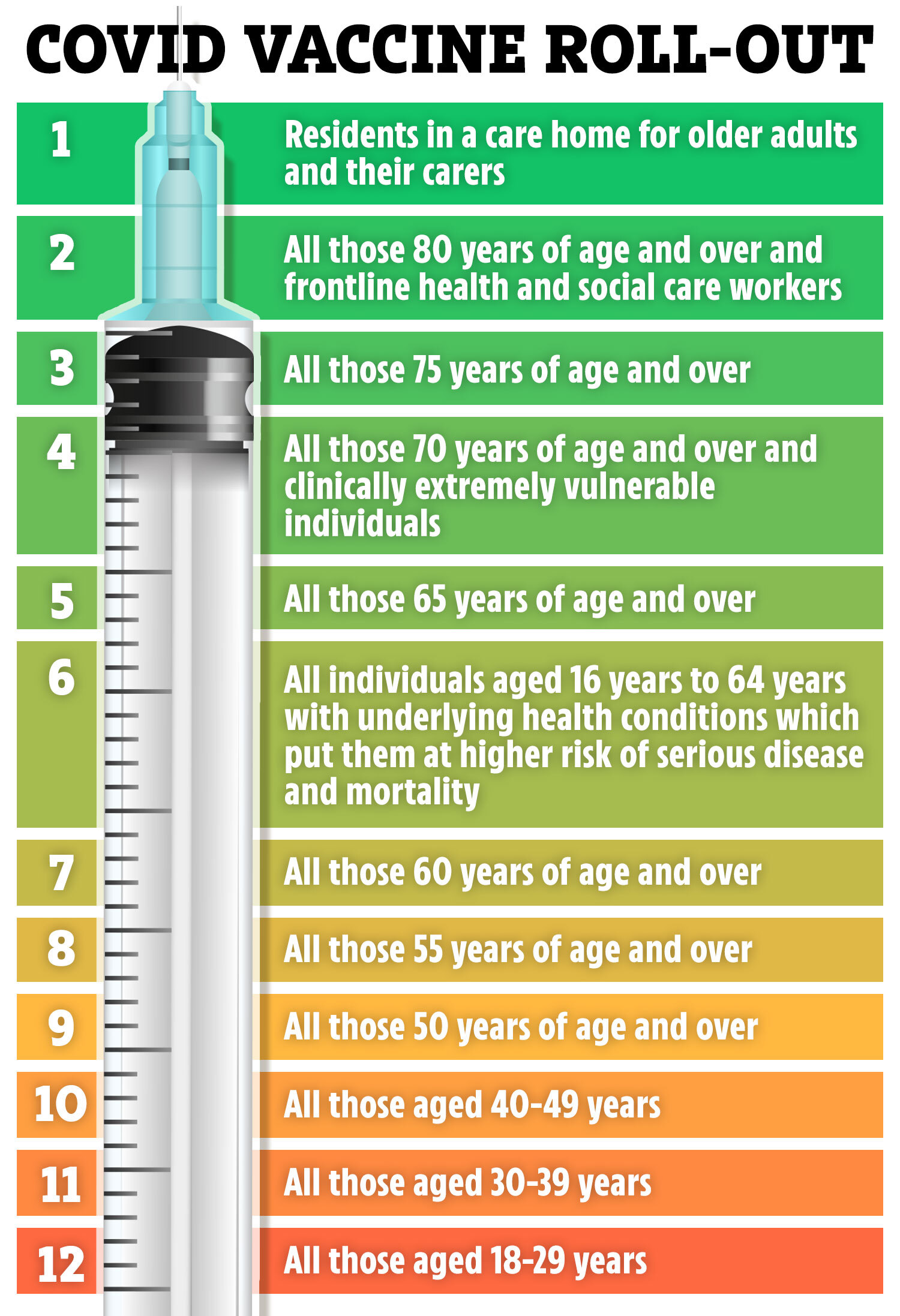 Phase 2 will start with those aged 40 to 49 being offered protection, then all those aged 30 and 39 before the 18 to 29-year-olds will be included.

The Joint Committee on Vaccination and Immunisation has recommended that vaccinations should continue by descending age, not occupation.

The JCVI said the approach will “provide the greatest benefit in the shortest time”.

Some 2,500 vaccination centres have been manned by NHS staff, retired nurses and GPs.

They have been aided by Royal Voluntary Service heroes, including 50,000 from The Sun.

Mr Hancock this weekend said: “The Jabs Army marches on. They are doing an amazing job.

“I’m very grateful to everybody who has given up time.”

Brits, include those who have already received their jab, have been urged to continue following the restrictions. 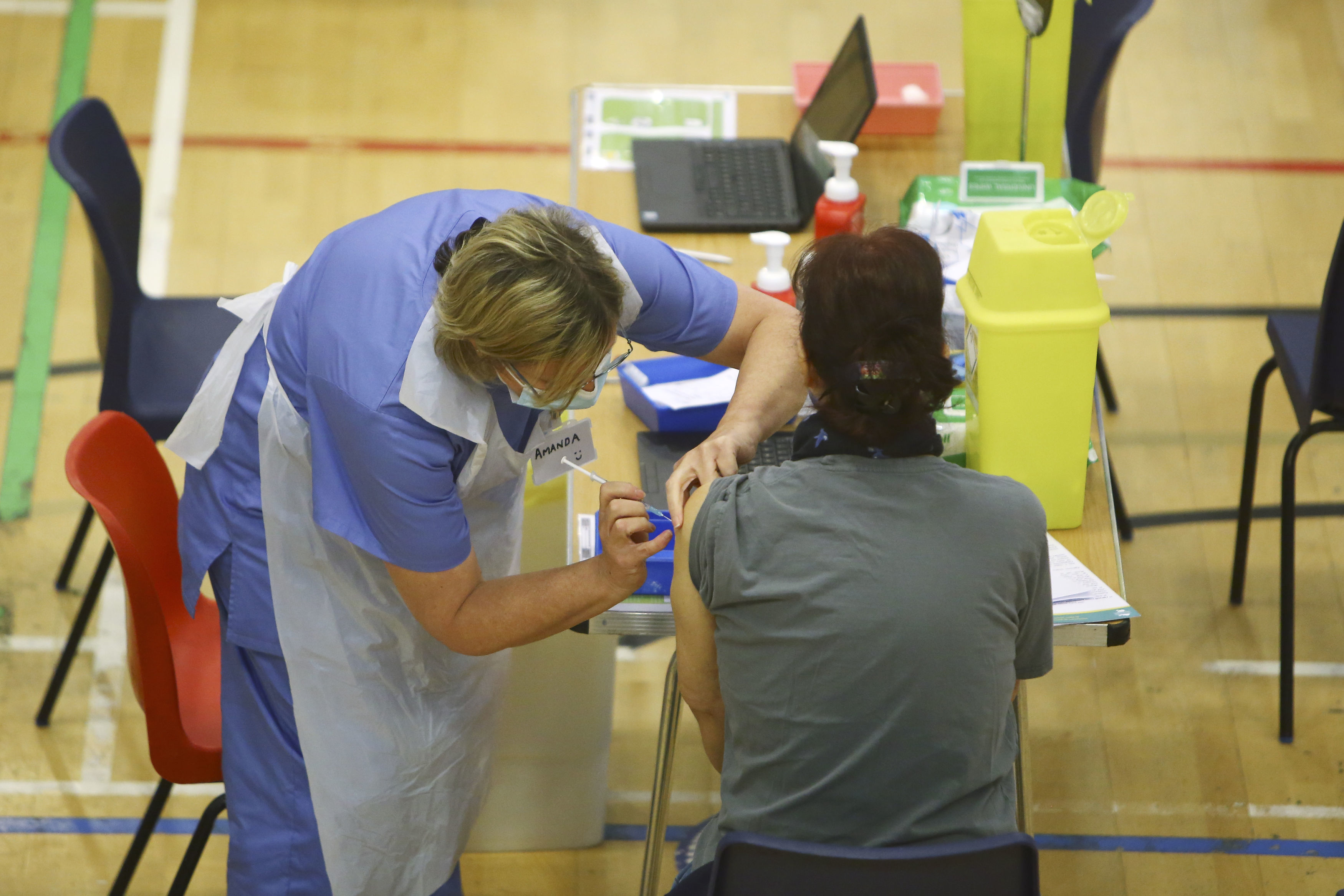