Police in Iowa are on the hunt Monday for an armed suspect who they say fled on foot after shooting a sheriff’s deputy multiple times, leaving him with “serious injuries.”

“As the deputy entered the store he was met by an armed suspect,” the sheriff’s office said in a news release. “The suspect fired multiple times and the deputy was struck by multiple rounds from the armed suspect.”

The attack unfolded around 10:30 p.m. Sunday night when the officer responded to an alarm going off at a Casey’s General Store location in Coggin, north of Cedar Rapids, according to the Linn County Sheriff’s Office. 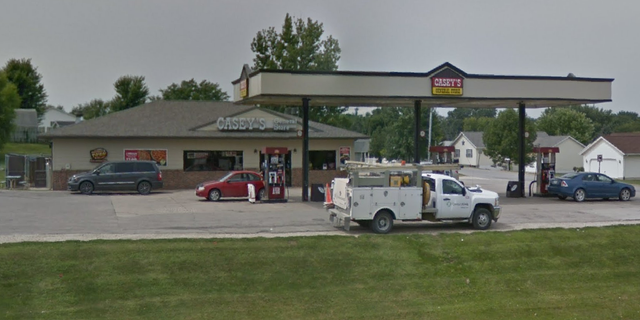 Police say the individual then escaped in a van and was pursued by another responding deputy before crashing the vehicle in Coggin and fleeing on foot.

Meanwhile, the wounded deputy was airlifted to a local hospital for treatment. His identity was not released.

Multiple law enforcement agencies are now searching for the suspect, described as a black male in his mid-30s around 6 feet tall and weighing about 210 pounds.

“Stay indoors and lock your doors,” the sheriff’s office added in a tweet. “Report suspicious activity immediately at 9-1-1.”