Sheffield United footballer Oli McBurnie is CLEARED of assaulting rival fan who invaded pitch and yelled at him: ‘You are s*** at football, I am better than you’

Sheffield United footballer Oli McBurnie has been cleared of assaulting a rival fan who invaded the pitch and yelled at him.

Nottingham Forest fan George Brinkley alleged to have been stamped on by the player and claimed that he was singled out and attacked after telling the star: ‘You’re s*** at football, I’m better than you.’

Mr Brinkley told Nottingham Magistrates’ Court he genuinely feared for his life after being put in a headlock by McBurnie’s team-mate, Rhian Brewster, during a pitch invasion following last season’s Championship play-off semi-final at the City Ground.

Prosecutors claimed that Scotland international Mr McBurnie, who was wearing a protective boot over an injury, suffered ‘a loss of temper and control’ as 27-year-old Mr Brinkley celebrated Forest’s penalty shoot-out win on May 17.

Mr McBurnie, 26, of Knaresborough, North Yorkshire, who has scored nine goals in 18 games this season, denied the single charge of assault by beating, claiming he lost his balance after going to the aid of a team-mate.

He was cleared at court today. 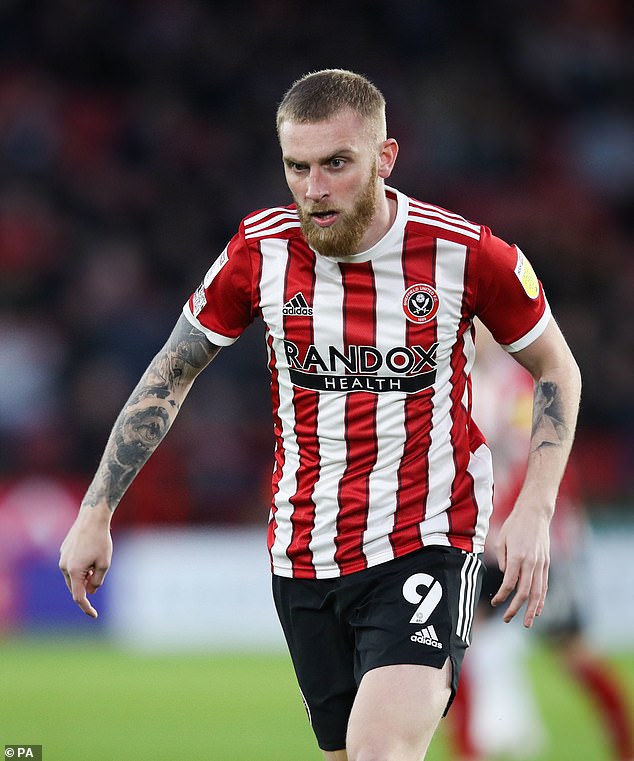 Oli McBurnie, pictured, has been cleared of assaulting a rival fan who invaded the pitch and yelled at him 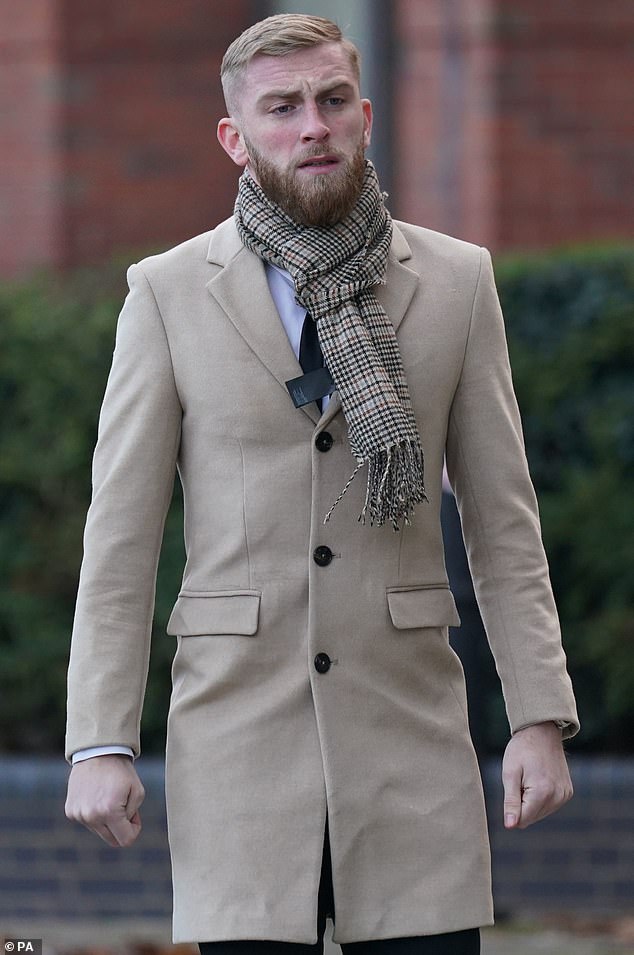 District Judge Leo Pyle said his judgment was based on evidence heard in court and ‘not the instant judgment of social media’.

In his ruling, the judge said some of the evidence given by alleged victim George Brinkley had been ‘somewhat flimsy’.

Judge Pyle had been urged by Mr McBurnie’s barrister to find that ‘a degree of club bias’ was responsible for the accounts given by witnesses to the incident.

During her closing speech, Mr McBurnie’s barrister Lisa Judge said the footballer had lifted his boot ‘like a ballerina’ to clear the legs of the complainant, who was ‘lying on the floor of a pitch he ought not to have been on’.

Clearing Mr McBurnie, District Judge Pyle said of mobile phone footage of the alleged attack: ‘The defendant’s foot is nowhere near Mr Brinkley’s left shin. He (Mr McBurnie) quickly and clearly lifts his leg up to avoid the complainant.’

The trial was told Mr McBurnie maintained that he did not make any physical contact with Mr Brinkley. 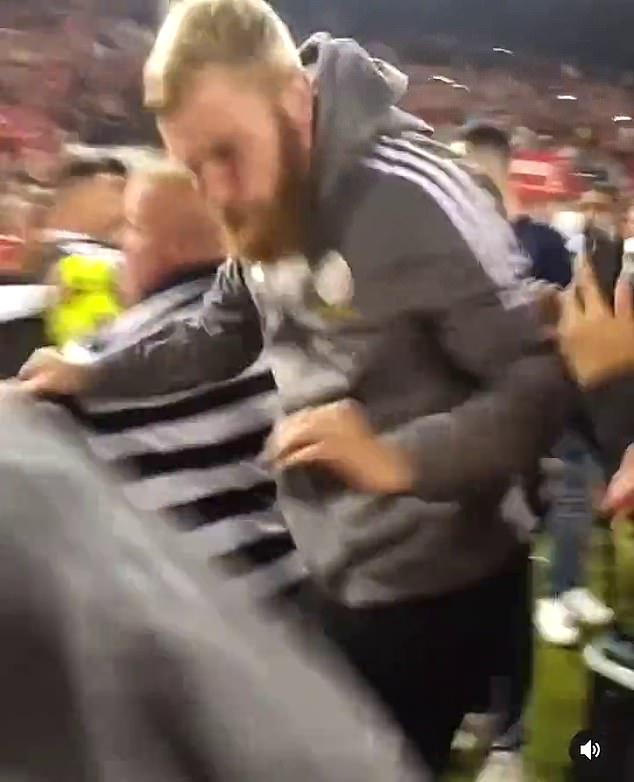 During the trial Mr McBurnie maintained that he did not make any physical contact with Mr Brinkley. Pictured, footage from the incident 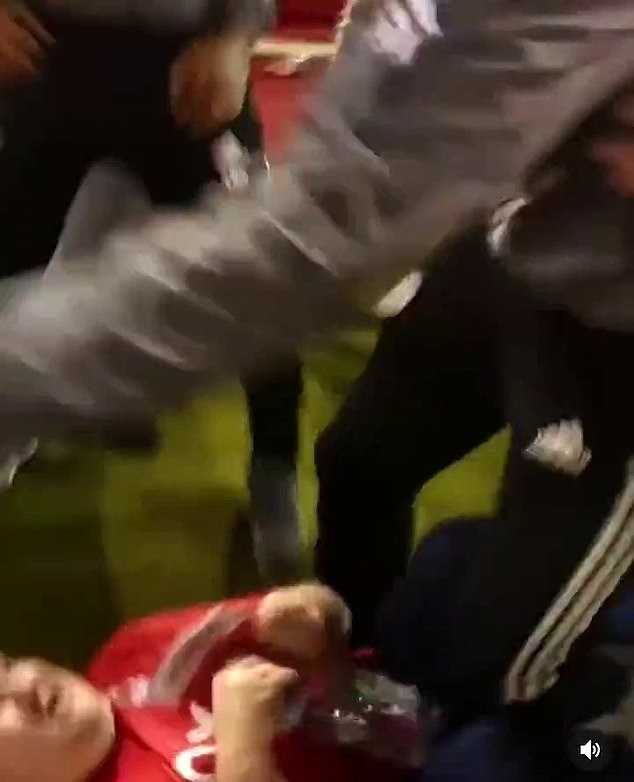 Mr McBurnie’s barrister Lisa Judge said the footballer had lifted his boot ‘like a ballerina’ to clear the legs of the complainant. Pictured, footage from the incident

In a statement to police shortly after the incident, the player also said he had lost his balance slightly after being out injured for several weeks.

His statement added: ‘My intention at all times was in fact to make sure that I did not make any such contact with him.’

The second witness in the trial was a teenage boy who filmed the alleged assault while on the playing surface.

The youth, who cannot be identified because of his age, admitted he had made an error in his initial statement to police by saying Mr McBurnie, rather than Mr Brewster, had taken Mr Brinkley to the ground.

Giving his evidence via videolink from a witness suite, the boy told the court Mr McBurnie had ‘charged’ at the alleged victim with an aggressive look on his face.

‘He was very angry by the look on his face,’ he told the court. ‘It’s quite obvious that he was stomped on.’