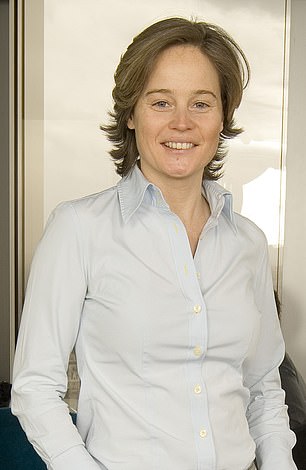 Chloe, 47, was a scion of the family which made its fortune from textiles in the 19th century and founded London’s world-renowned Courtauld Institute of Art

Chloe Courtauld shattered convention when she appeared in Country Life’s celebrated ‘Girl in Pearls’ page dressed in leathers, astride a flame-red motorbike, showing just a glimpse of diamond necklace.

But that famous shot has now become a heart-breaking memorial as Chloe has died suddenly aged only 47.

‘It’s a real tragedy,’ a family friend tells me. ‘She was utterly delightful.’

Chloe, pictured, a scion of the family which made its fortune from textiles in the 19th century and founded London’s world-renowned Courtauld Institute of Art, is understood to have been discovered gravely ill earlier this month.

She died some time later at the John Radcliffe Hospital in Oxford. Cruelly, it is not the first such tragedy suffered by the family, as her beloved only sibling, Jamie, who was two years her senior, died equally suddenly in 2012.

Chloe made headlines when she and a friend trekked over 200 miles across Greenland’s ice-cap in 21 days.

The 2009 expedition was inspired by her great-uncle, Augustine Courtauld, who survived one of the most extraordinary feats in Arctic exploration when he endured five months alone in the Thirties.

He was rescued from the polar ice floes having spent the entire time in temperatures of minus 41C.

When she dazzled in Country Life in 1998, the magazine’s then features editor, Melanie Cable-Alexander, described her as ‘perfect’, hailing her as ‘a blast of fresh air’ and ‘very, very beautiful’. 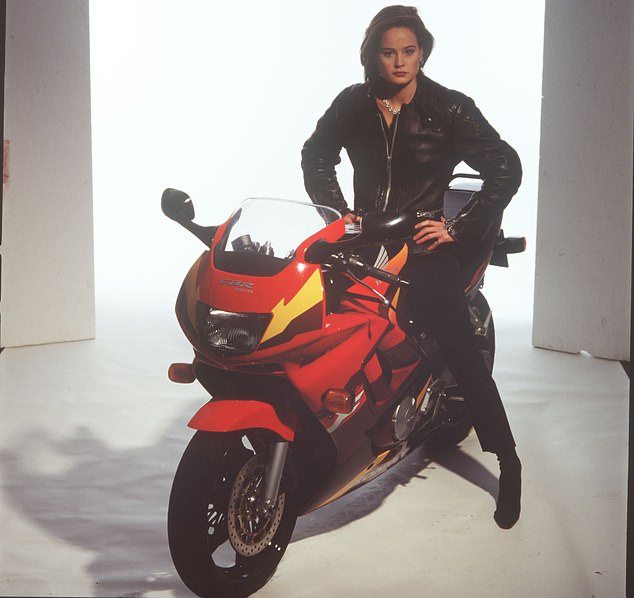 ‘A blast of fresh air’: Chloe in her iconic 1998 ‘Girl in Pearls’ pose for Country Life magazine

After working in motor racing, she embraced the eco-movement, before taking a job in marketing for the fashionable Kingham Plough restaurant in Chipping Norton, Oxfordshire.

Chloe had a younger extended family as her mother, Anthea, had another daughter by her second husband, Hugh Wodehouse.

Her father, Richard Courtauld, had two more daughters with his second wife, the model-turned-photographer Jill Kennington, who was twice Vogue’s cover-girl and also appeared in cult Sixties film, Blow-Up.

Passionate painter Prince Charles wants to turn his Scottish stately home into a creative hub. The Prince’s Foundation has applied to convert dilapidated Coachford Cottage into accommodation as part of its artists-in-residence programme on the Dumfries House estate. Janet Casey, of the Royal Drawing School, says it would offer more artists the opportunity to work in the ‘inspirational environment’ at Dumfries.

Beckinsale’s debut… with her godfather!

Kate Beckinsale has appeared alongside countless fellow actors during her 28-year career, but none has given her more joy than David Bradley, with whom she stars in forthcoming Hollywood action-comedy Jolt.

For Bradley, 77, who is best known as Hogwarts caretaker Argus Filch in the Harry Potter films, is godfather to Kate, the 46-year-old daughter of late Porridge star Richard Beckinsale.

‘He was my dad’s best mate and it is the first time we worked together,’ she says. ‘So happy.’ 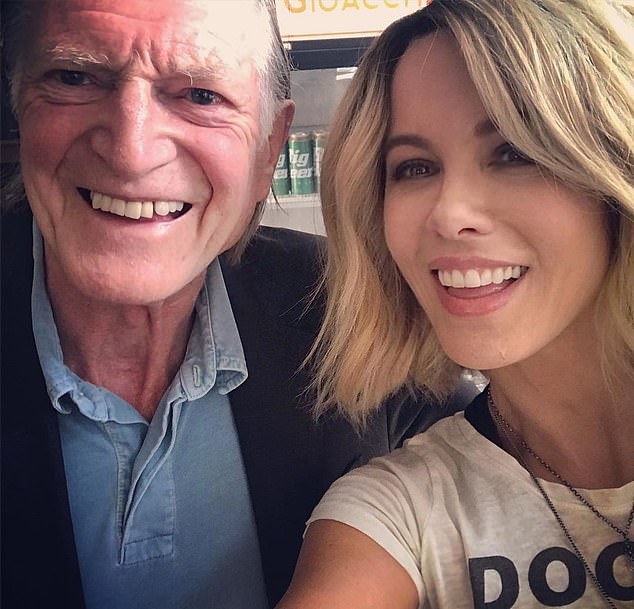 Kate Beckinsale with actor David Bradley. The pair will star in forthcoming Hollywood action-comedy Jolt together

Aged 98 and officially ‘retired’, Prince Philip is still quietly carrying out royal duties. I learn that he joined the Queen in officially receiving his former chief clerk and accountant Paul Hughes at Balmoral. He witnessed the Queen investing Hughes with the insignia of a lieutenant of the Royal Victorian Order.

Four Weddings and a pension plan for Curtis 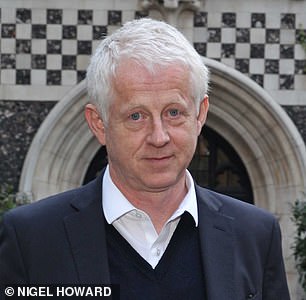 Richard Curtis, 62, is considering hanging up his clapperboard after making ‘two films about prioritising your life over your work’

He has created some of the most popular films in British cinema, but Richard Curtis is considering hanging up his clapperboard.

‘I have made two films about prioritising your life over your work,’ says Curtis, 62, whose hits include Four Weddings And A Funeral. ‘If you have the luxury of being able to do that, particularly when you’ve got lots of kids, and if like me you’ve never watched a movie by Fellini, never read a book over 300 pages long, never learned to cook, never walked round Scotland — I’m just wondering whether or not it would be wrong for me to dive in.’

‘When I read it was the “greatest innings ever by an Englishman”, I choked on my porridge,’ says the Jurassic Park star. ‘He is, of course, from New Zealand.’

While it’s true Stokes was born in Christchurch and has Maori ancestry, he moved to England aged 12. And Neill is on a sticky wicket — he was born in Omagh, Northern Ireland, heading to the Antipodes aged seven.

He previously weighed in at almost 19 stone. ‘Do you know the biggest benefit of my weight loss?’ Azerbaijani Eyvazov says. ‘We now have more positions in bed.’ How romantic.

Wish you were Air, says Donna 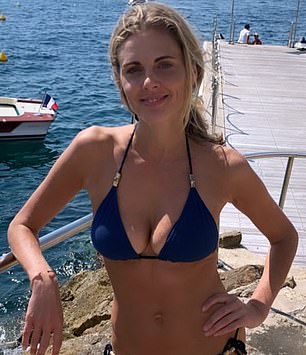 Actress Donna Air, 40, has been enjoying a break at the Hotel du Cap-Eden-Roc on the French Riviera

How better to show your ex-boyfriend what he’s missing than by sharing your holiday snaps?

Actress Donna Air, 40, who split up with property developer Ben Carrington a fortnight ago, has been enjoying a break at the Hotel du Cap-Eden-Roc on the French Riviera with her daughter, Freya, 15. And she made sure to post pictures on social media, where her followers include Harrow-educated Carrington, 36.

They had been going out after she split up with the Duchess of Cambridge’s brother, James Middleton, in 2017. Donna says from France: ‘Living my best life.’