A FAMILY were left ‘traumatised' after their Labrador had its neck ripped open by a dog that broke free off its lead.

Injured Lucky, four, was out on a walk in Haddington, East Lothian with his owner’s partner Dean Fairgrieve on Sunday. 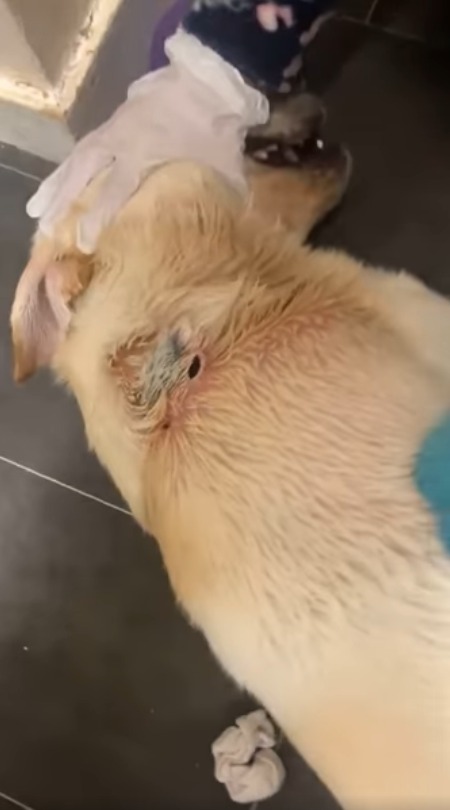 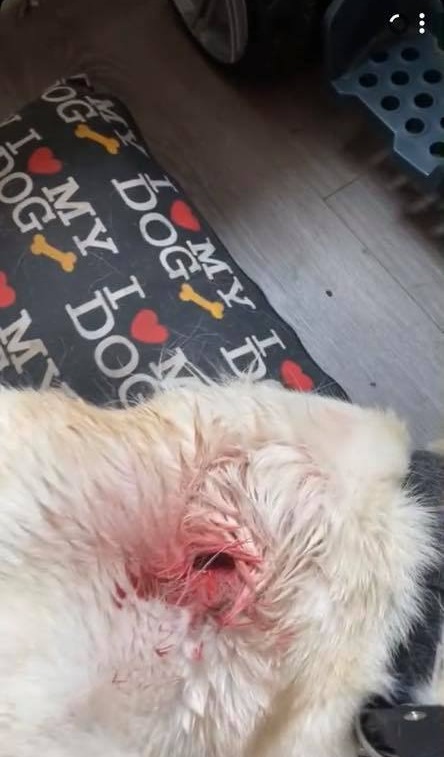 The poor Lab was then mauled by a Staffordshire Bull Terrier cross American Bulldog after Dean left a friend’s house on Lynn Lea Avenue.

He told the Daily Record: "I was walking and the next thing I heard this guy shouting and I seen this dog running.

"The dog came running right round my leg and clamped onto the side of my partner's dog's neck. If the dog had turned to see what was going on he would be dead.

"Neighbours were out chucking water over it to try get it off. The boy who was out with the dog said it didn't belong to him.

The poorly pup was rushed to the vets after the vicious attack and had surgery on his neck.

Lucky was also treated for an infection after being bitten by the Staffie cross.

The family have been left with an £800 vet bill which could continue to rise as the dog’s injuries continue.

Owner Kaitlin said her beloved dog hasn’t been the same since the attack happened.

She told the Daily Record: "It's been horrible, the dog is absolutely traumatised. He is not the same dog as he was before.

"It even traumatised me. I heard a dog yelp from my partner's kitchen and I didn't realise it was my dog being attacked.

"My little boys can't go near him or touch him and they're so used to being all over him. They are absolutely devastated. As soon as they seen the dog they burst into tears – I burst into tears.

"He is such a good natured dog. He is so friendly and so good with kids. He is even friendly with cats.

"It was a brutal, savage attack."