New Orleans Saints running back Alvin Kamara was arrested on a battery charge Sunday afternoon after playing in the Pro Bowl, according to police.

The Las Vegas Metropolitan Police Department announced Kamara's arrest Sunday evening, hours after the conclusion of the Pro Bowl. According to police, the alleged victim reported being battered at a Las Vegas nightclub at 5:50 p.m. local time on Saturday, and Kamara was identified as the suspect. 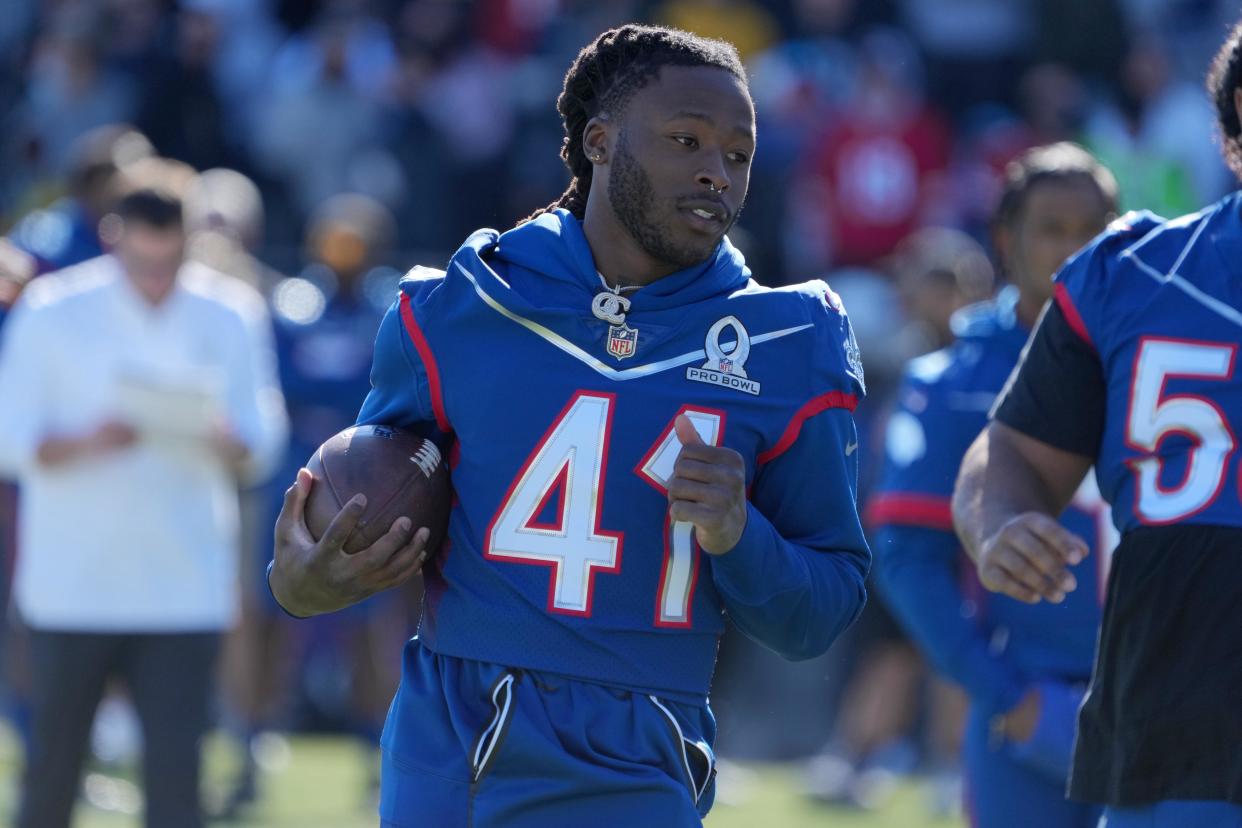 Police say they found Kamara and detained him at the Clark County Detention Center without incident Sunday. He is charged with battery resulting in substantial bodily harm.

Please click on the document below for more information on the arrest of Alvin Kamara. This investigation is still ongoing, anyone with any information about this incident is urged to call 702-828-3204 or contact @CrimeStoppersNVpic.twitter.com/QoUY9tEQT1

No further details about the alleged incident were immediately available.

Kamara caught four passes for 23 yards in Sunday's Pro Bowl, which was played at Allegiant Stadium, home of the Las Vegas Raiders. The AFC won, 41-35.