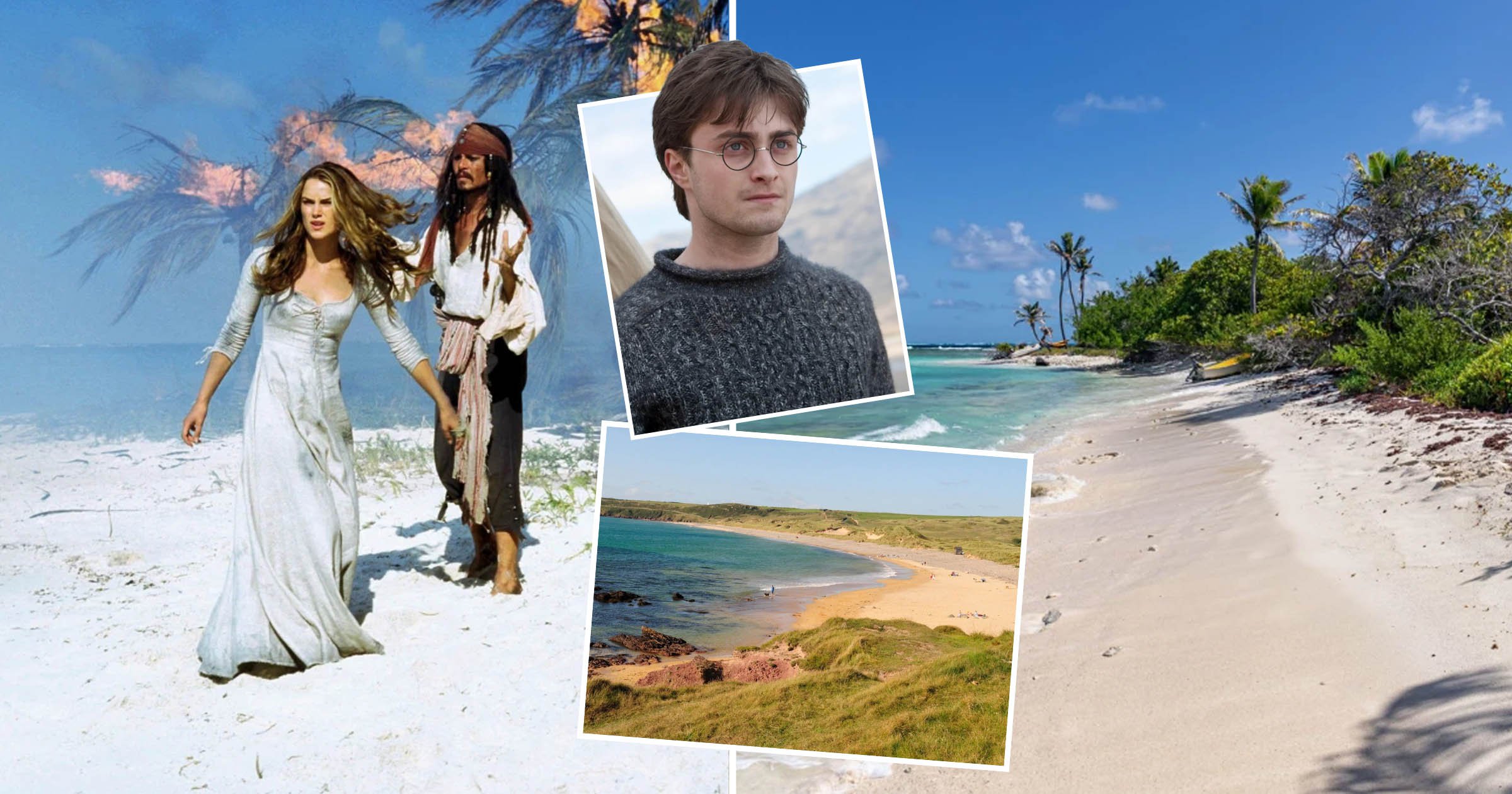 Beaches always look so good in the movies – it’s impossible not to get jealous.

But now you can live like a movie star and see the sands in question for yourself, as we round up six of the most stunning cinematic seasides.

From sunny San Diego, where you can live it up like Marilyn Monroe, to the rugged Scottish sands of St Andrews, where you can jog along the beach humming the Chariots of Fire theme tune, you can experience the magic of the movies.

What’s the best thing about Coronado Beach, on which Marilyn Monroe and Tony Curtis frolicked in classic 1959 comedy Some Like It Hot?

The sand, which contains the mineral mica – and literally sparkles.

Get here early if you’re planning on spending the day, as it gets very busy, although we suggest using it as a base for coastal walks, many of which offer fantastic views of landmarks such as the Cabrillo National Monument.

Head to the stretch of sand in front of Hotel del Coronado to see supersized sandcastles built by local artists.

Stay: The historic Hotel del Coronado, which opened in 1888, has just undergone a multimillion-dollar restoration. Rooms from £343pn.

Starring role: Pirates Of The Caribbean: The Curse Of The Black Pearl

The tiny island of Petit Tabac is part of the Tobago Cays, and in Pirates Of The Caribbean, Jack Sparrow gets marooned here.

There are worse places to be shipwrecked than Petit Tabac, with its ring of pristine coral reefs.

Sadly, Tobago Cays is a national park and it’s not possible to stay there (and no, getting shipwrecked accidentally on purpose won’t work as an excuse), although there are several hotels on nearby Union Island, where tour operators can organise visits.

Stay: Soak up traditional Caribbean vibes at the colourful Islander’s Inn from £74pn.

This beautiful two-mile beach from multi-Oscar-winning 1981 film Chariots Of Fire has bagged several awards itself, and even its toilet is a thing of beauty – it won gold in the National Loo of the Year Awards.

Thankfully, there are other reasons to visit this Scottish beach, including its wide-open spaces and dedicated areas for sand yachting, along with the footpaths weaving through its dunes part of the Firth of Tay and Eden Estuary Special Area for Conservation.

Stay: The Russell Hotel sits at the end of the beach. Rooms from £147pn.

In Part I of the two Deathly Hallows films, this beach was the setting for Dobby’s Shell Cottage.

The cottage was removed after filming but this hasn’t lessened the beach’s appeal to wannabe wizards.

Many leave memorials for Dobby in the sand dunes, where (spoiler alert!) the elf was buried in the film.

Without sounding callous, there are more reasons to visit than departed elves.

It’s one of Wales’s top surf spots, and the southern end has clusters of rock pools to check out. The lack of shelter makes it a brilliant spot for kite-flying sessions too.

Stay: Less than ten minutes’ drive from the beach, in the village of Angle, is the elegant, grade II listed B&B, The Globe. Rooms from £130pn.

A starring role in a film about a man-eating shark might not sound like the biggest draw (in Jaws, Brody’s son spots the shark here moments before its killing spree) but we guarantee actual man-eaters are few and far between.

It’s the smaller creatures that attract most people – it’s a popular fishing spot and one of the few public beaches in an area where many are residents-only affairs. The calm water makes it a great swimming spot too.

Stay: The charming, rustic Summercamp Hotel in nearby Oak Bluffs has rooms from £162pn.

In the opening scene of cult 1985 flick The Goonies, baddies the Fratellis drive on to this beach to escape the police, and later it appears on a treasure map.

Sadly, there’s no pirate loot here, but what you will find is a gorgeous stretch of sand littered with weird and wonderful rock formations, including the 72-metre Haystack Rock, which stars in the opening scene.

Visit in winter to see some of the 20,000 grey whales migrating along the coastline, and bald eagles riding the thermals.

Stay: The Hallmark Resort Hotel & Spa sits right on Cannon Beach, and has rooms from £132pn.