A lab coat-wearing official led a squad of troops with machine guns into the Museum of Local Lore in occupied Melitopol, close to annexed Crimea on Friday.

After inspecting thousands of the museum’s most precious treasures with protective gloves and tweezers, the Russians took 198 with them.

Brave staff hid the museum’s 2,300-year-old Scythian gold pieces including a crown  in a dark cellar. 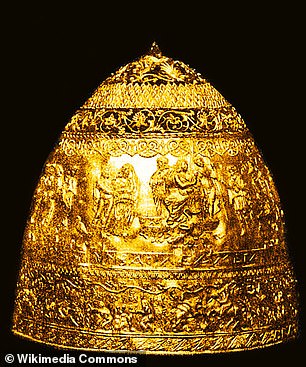 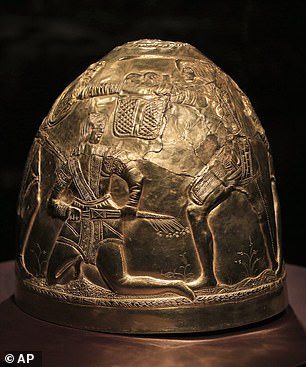 A pair of Scythian tiaras (left and right) depict heroic battle scenes in the nomadic tribe’s gilded history. Reigning in the era of the ancient Greeks, they conquered much of Europe 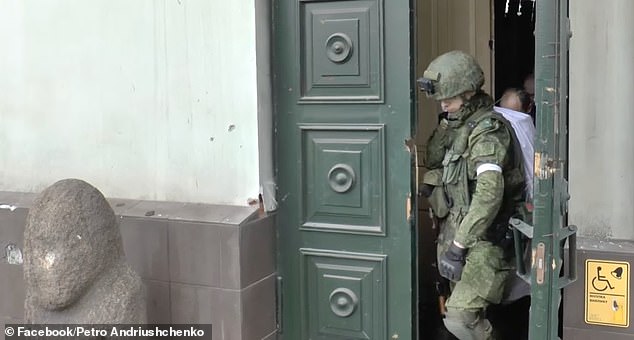 Staff member Leila Ibrahimova said: ‘We hid everything but somehow they found it.’

When soldiers pointed guns at a caretaker and insisted he take them to the cellar, the man still refused, the New York Times reported.

But the museum’s new, Russian military-appointed director led the soldiers to the priceless gold.

It’s thought Putin will ‘relocate’ the Scythian treasures to Crimea in an effort to strengthen the region’s cultural ties to Russia. 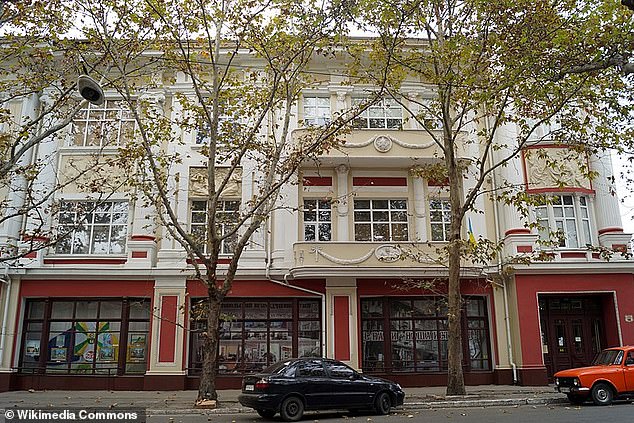 The Scythians were a family of fearsome nomadic tribes who lived in Ukraine, central Asia and the Middle East between the 7th century BC and the 2nd century AD.

Creators of the centaur myth and skilled users of the bow and arrow, the Scythians conquered swathes of Europe during the reign of the ancient Greeks, long before Genghis Khan or Charlemagne.

They were also among history’s most relentless punishers. Scythian soldiers scalped their slaughtered enemies and tied the skin to their horses

They then rubbed it in their hands till it was soft enough to be used as a handkerchief, according to an ancient Greek historian.

Herodotus wrote in 430 BC: ‘[A Scythian rider] hangs the handkerchiefs on the bridle of his horse, and is very proud of them. The best man is the man who has the greatest number.’ 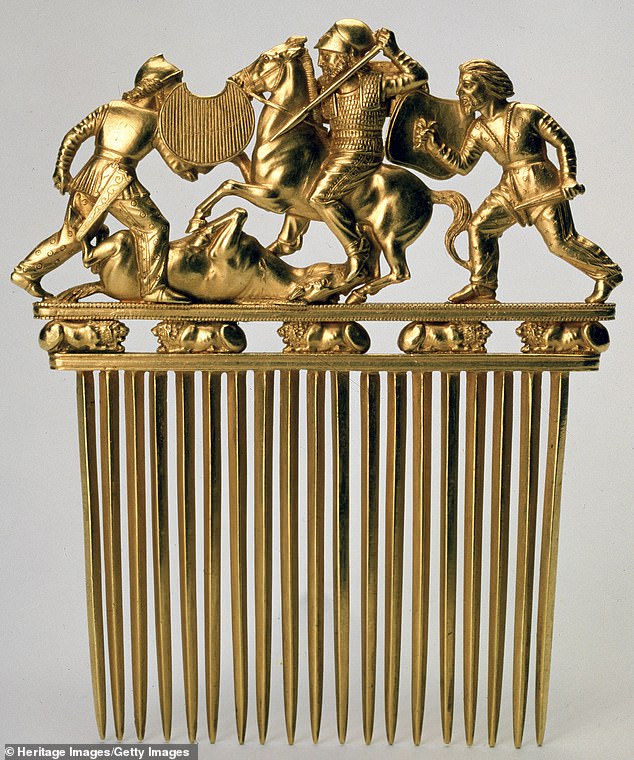 A battle scene is depicted on the top of a golden Scythian comb, which is held in St Petersburg

Mayor Ivan Fedorov, whose city has been occupied by Russian troops from Crimea since February 26, said: ‘The orcs have taken hold of our Scythian gold.

Mr Fedorov was imprisoned and ‘psychologically tortured’ for six days before he was swapped in a prisoner exchange.

The Melitopol mayor told Pope Francis during an Easter visit: ‘I understood that for Russians my life and the lives of civilians were worth zero.’ 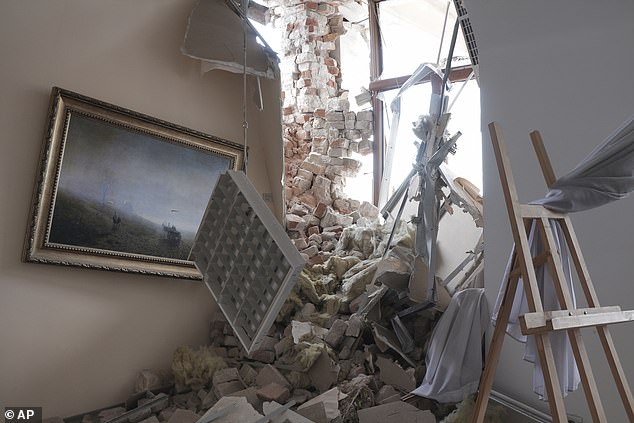 Describing his detention by Russian forces, Fedorov said: ‘They came to me at night with five or seven soldiers and spoke for about four or five hours, hard dialogue.’

‘They wanted to make an example of me about what would happen if we did not agree to what the Russians wanted,’ the mayor said.

It was ‘psychological’ rather than ‘physical’ torture, he said.

‘Russian soldiers assumed that they would be welcomed but they were not… and that is why the Russians were very, very angry,’ he said.

‘There is no food in my city. There is no pharmacy. Half of my city is wrecked. More than 200 people have been kidnapped. It is not safe to walk the streets,’ he said.

Chilling CCTV footage showed the moment Fedorov had a plastic bag placed over his head as he was escorted out of a building and across Melitopol’s Victory Square by 10 armed men.

Dozens of heroic Ukrainian residents went out to protest against the mayor’s kidnapping in Melitopol last month, with video showing the civilians brawling with Russian troops.