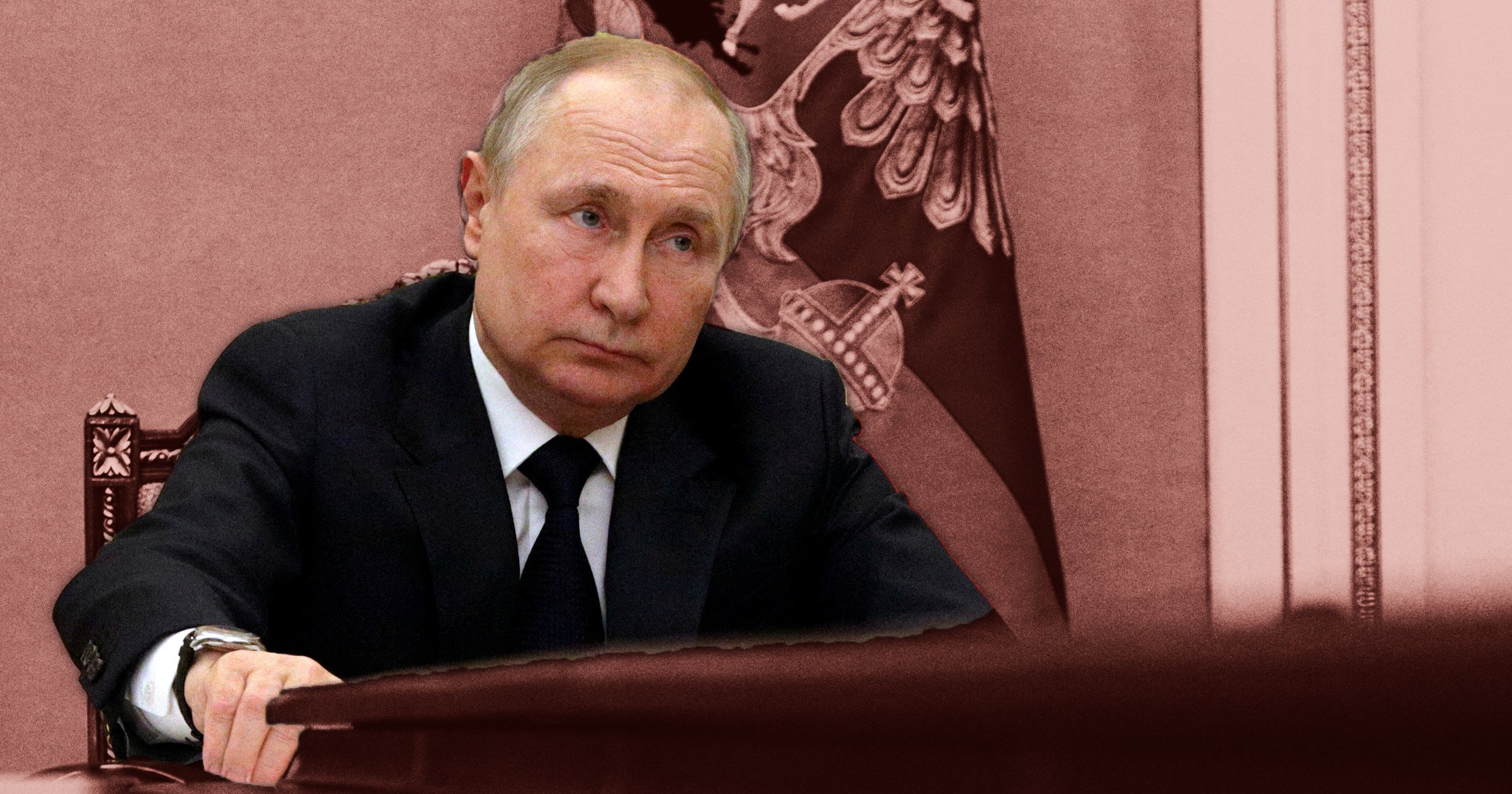 Influential members of the Russian elite are plotting to take out Vladimir Putin by poisoning him, Ukrainian intelligence officials have claimed.

Moscow insiders have hatched a plan to remove the president according to the Chief Directorate of Intelligence at Ukraine’s Ministry of Defence.

The group hope to oust Putin as soon as possible and renew economic ties with the West after the invasion of Ukraine led to crippling sanctions on Russia.

They are also thought to be considering an ‘accident’ to dethrone the Kremlin leader after the war unleashed catastrophic consequences for both Ukraine and Russia.

Spy chief Oleksandr Bortnikov, head of the FSB agency, is thought to have been lined up as Putin’s replacement.

Once a top sidekick of the president, Bortnikov, 70, is said to have fallen out of favour over ‘fatal miscalculations’ in the conflict with Kyiv.

The Chief Directorate of Intelligence said: ‘It is known that Bortnikov and some other influential representatives of the Russian elite are considering various options to remove Putin from power.

‘In particular, poisoning, sudden disease or any other coincidence is not excluded.’

Russia’s unjustified attack on its neighbour led to sanctions on Russian oligarchs including Roman Abramovich – plunging Chelsea F.C into turmoil.

In London, activists broke into a £25million Belgravia property linked to Oleg Deripaska, a businessman hit by sanctions due to his ties to Putin.

A Western source reportedly told the Daily Mirror: ‘There is no doubt that as the Russian elite feel the pinch of sanctions, they will look at the future with an eye on what a catastrophe this war is for them – and it’s going to get worse.

‘There is a significant suspicion a small number of people might try to get rid of the Russian President but whether they will remains to be seen.’

Russia-Ukraine war: Everything you need to know

Since Russia’s invasion of Ukraine began on February 24, the country has suffered widespread damages and loss of life amid a major bombing campaign.

Millions of people have fled, as Ukrainian cities face shortages of food, water, heat, and medicine – with thousands of British people opening up their homes to Ukrainian refugees.

And Russian President Vladimir Putin hasn’t shown any signs of calling off the attack anytime soon, despite reports that he is ‘growing paranoid’.

The group are being encouraged by influential Western figures as the feeling grows that ‘enough is enough,’ the source said, adding: ‘Crucially, although Ukraine has suffered immensely from this invasion, it has wrong-footed Russia’s military at every step, predicting their military moves and crippling their forces.’

Putin is becoming ‘increasingly desperate’ after his attempt to conquer Ukraine did not go according to plan – as Ukrainian counterpart, Volodymyr Zelensky, vowed never to submit to Russian aggression.

The Pentagon said almost a fifth of Russia’s military has been wiped out in the invasion – with 30,000 soldiers killed or wounded.

Bodies of Russian troops killed in the conflict are being taken to Belarus in the dead of night to conceal the true death toll.

Putin was left further frustrated on Monday as Ukraine defied an ultimatum to lay down their arms and surrender Mariupol.

The southern port city has been bombarded by Kremlin troops, who have targeted civilian buildings including an art school, theatre and hospital, since the start of the invasion on February 24.

And his inner circle may be afraid to tell him the truth over fears about how he might react, Dr Hartwell said, adding: ‘I think given how long he’s been in power – over two decades – we are going to see an increasingly isolated Putin.’