Royal Mail strikes leave children hoping for a letter from Santa facing Christmas heartbreak as homes go weeks without receiving deliveries and 100,000 posties walk out at the BUSIEST time of year

Royal Mail strikes have left children with no sign of their promised letter from Father Christmas as some homes have now gone weeks without receiving deliveries.

Thousands of households across the country have been hit by Royal Mail strikes this week after more than 100,000 postmen walked out on Wednesday and Thursday.

Now the backlog has left many families fearing that their ‘devastated’ children will not get the reply from Santa they are waiting for.

Every year, the NSPCC charity runs a ‘Letter from Santa’ service where parents can order a note for their children which arrives in the post ‘straight from the North Pole’. 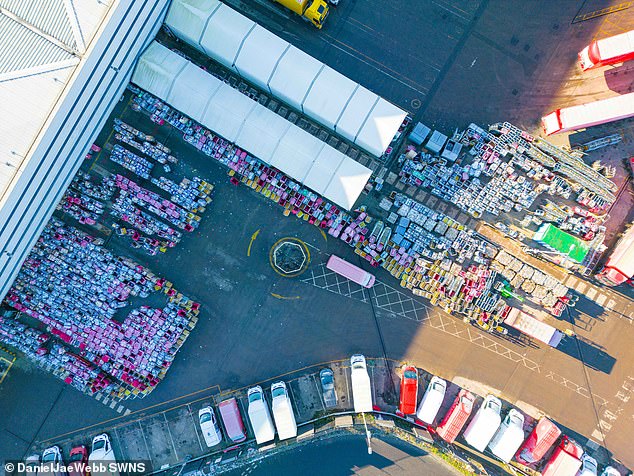 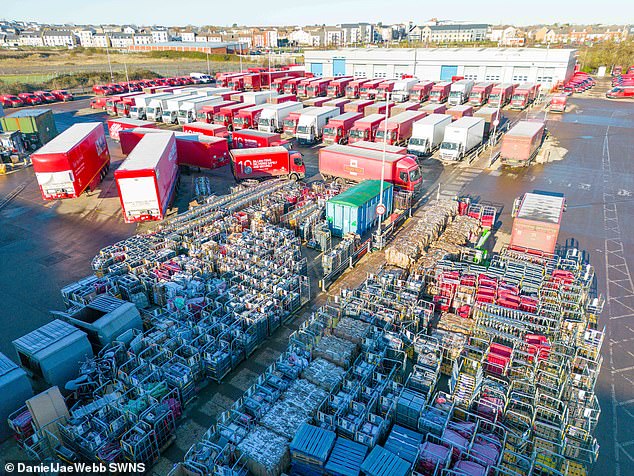 More than 100,000 postmen walked out on Wednesday and Thursday leaving thousands of households without their deliveries

Parents can personalise the letter with the child’s name, their interests and what they would like for Christmas.

‘It can bring joy to children of all ages and the wonder in their eyes will be a truly special moment as they open their very own personalised letter and read all the details that only Santa could know – like their age, where they live and their favourite activity,’ the NSPCC says.

But amid chaos in Royal Mail depots – which has seen cages and cages of deliveries pile up and attract rodents – parents have inundated the charity online with complaints that their child’s reply from the North Pole still has not arrived.

Families have said that letters they ordered as far back as October still have not been delivered and fear they have been lost in the post.

One mother contacted the NSPCC for help on social media, saying: ‘I’m worrying about it [being] missing because of Royal Mail strikes. 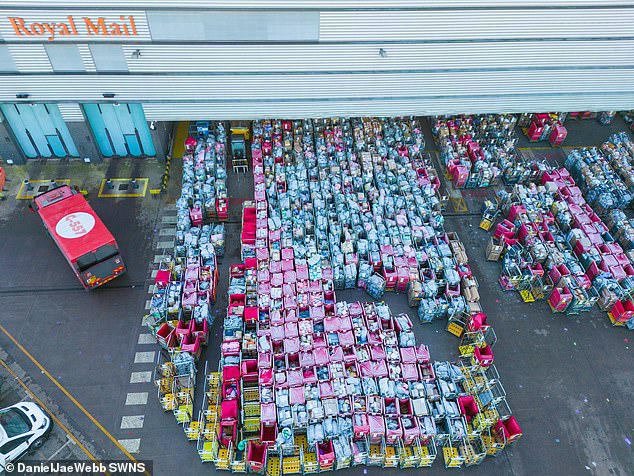 Families have said that letters they ordered as far back as October still have not been delivered and fear they have been lost in the post. Postmen are set to walkout on Friday, December, 23 and Saturday, December, 24

‘This is [my] ten-year-old’s last Santa Xmas (as Santa doesn’t come when [he’s] in secondary school…) so will be devastated to not receive [his] final letter which I ordered in October!’

Another said: ‘I had two dispatched [on] December 1 and still not received. ‘My son keeps saying I wonder when we will get our letter from Father Christmas. Hope they arrive soon.’

Another said they ordered a letter on December 1 and have ‘heard nothing’, adding: ‘I’m [going to] assume they aren’t [going to] arrive by Christmas,’ followed by a sad face emoji.

The NSPCC apologised to all the parents for the delay which they admitted was due to the Royal Mail strike.

‘We’re sorry to hear your letter hasn’t arrived yet. There have been delays due to the Royal Mail strikes, so if it’s been less than ten days since you received your “your letter is on its way” email, please keep watching your letterbox,’ the charity said on social media.

Yesterday was Royal Mail’s earliest-ever postage deadline for first class mail to make it in time for Christmas, as some families have reported not receiving any post for weeks.

It comes as further strikes are set to cause more postal chaos on Friday December 23 and Saturday December 24, when postmen will walk out again.

An NSPCC spokesman said: ‘Letter from Santa is all about bringing Christmas magic into children’s lives whilst helping the NSPCC’s Childline service continue to be here for children over the festive season.

‘We are grateful to everyone who has ordered a letter, but we understand that many families will be concerned about their letter not arriving in time for Christmas given the current postal strikes.

‘We are sending all our letters from Santa as quickly as possible and brought forward the last recommended order date this year, to allow for any possible delays.

‘All letters should be with supporters in the coming days, but in the unlikely event that one of our letters doesn’t arrive in time, you will receive it is as a PDF so you can download or print your letter at home, so your child still has that magical moment finding out that Santa knows all about them before Christmas day.’

A Royal Mail spokesman said: ‘Christmas is our busiest time of year. The CWU’s planned strike action is holding Christmas to ransom for our customers, businesses and families across the country.

‘We apologise for any delays our customers may experience as a result of CWU strike action.

‘We are doing everything we can to deliver Christmas for our customers, and would like to thank the increasing number of posties returning to work each strike day, temporary workers and managers from across the business who are helping to keep the mail moving.’