Bucharest: A Romanian court has agreed to extend the detention of Andrew Tate by 30 days, after the divisive internet personality was arrested on suspicion of human trafficking, rape and forming an organised crime group.

The former professional kickboxer and his brother Tristan were detained on Thursday (local time) for an initial 24 hours alongside two Romanian suspects, prosecutors from the anti-organised crime unit said after raiding their properties in Bucharest. 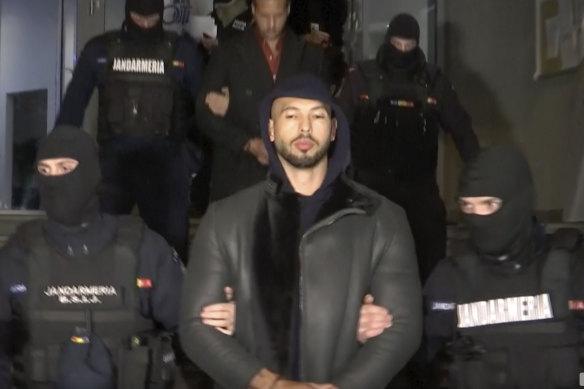 Andrew Tate is led away by police, in the Ilfov area, north of Bucharest, Credit:AP

Prosecutors had then petitioned the court late on Friday to extend their detention.

Commenting on the court decision, Tate’s lawyer Eugen Constantin Vidineac told reporters: “From our perspective, there are no grounds… for taking this most drastic preventive measure, but it is the judge’s prerogative.”

Prosecutors said the Tate brothers had been under criminal investigation since April.

“The four suspects … appear to have created an organised crime group with the purpose of recruiting, housing and exploiting women by forcing them to create pornographic content meant to be seen on specialised websites for a cost,” the prosecutors said in a statement late on Thursday. 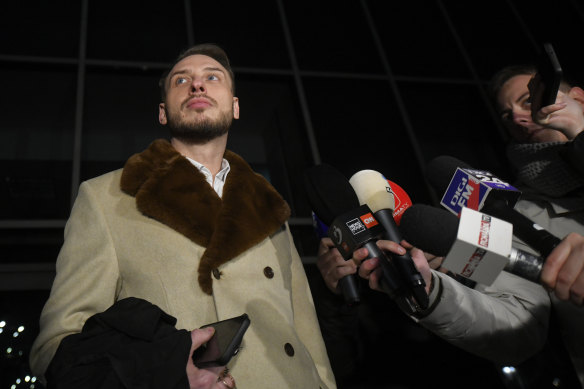 Eugen Vidineac, lawyer for Andrew Tate and his brother Tristan, speaks to media outside the Bucharest court.Credit:AP

“They would have gained important sums of money.”

Prosecutors said they had found six women who had been sexually exploited by the suspects.

Tate, who was born in the United States, holds US and British nationality. The US State Department confirmed that it was aware of the case. Britain’s Foreign Office said it had not been approached for consular assistance over the case.

Tate gained notoriety for misogynistic comments and hate speech. He has said women are partially responsible for being raped and that they belong to men.

His promotion on social media of an ultra-masculine, luxurious lifestyle has earned him a large online following among mostly young men. He has often appeared in videos with expensive sports cars, on private jets and on exotic holidays. 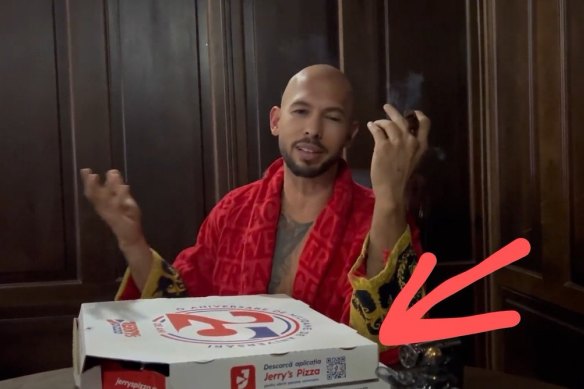 Many social media platforms banned him over his comments but his Twitter account became active again in November after Elon Musk took over the platform. In one of his tweets following his return to Twitter, Tate said he was flying to California to tell Musk he was “a legend”.

Climate activist Greta Thunberg told Tate on Twitter this week before his arrest to “get a life” after he told her he owned 33 cars with “enormous emissions”.

Tate hit back on Wednesday with a video in which he asked somebody out of shot to bring him pizza and to make sure the boxes were “not recycled”.

Following online speculation that the brand of pizza featured in the video helped police confirm Tate’s presence in Romania, Thunberg quipped on Twitter that “this is what happens when you don’t recycle your pizza boxes”.

However, the anti-organised crime unit representative said it was not the case that Tate’s arrest had been made as a result of the pizza boxes.

Tate, a former contestant on the UK reality show Big Brother, operates the ‘Hustler’s University’, which claims to have over 160,000 users who pay a subscription to learn about topics such as cryptocurrencies, investing and business.