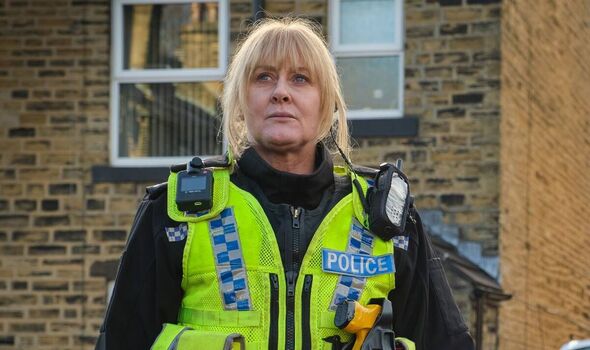 The Bafta award-winning BBC drama, which stars Sarah Lancashire as the strong-willed police sergeant who patrols West Yorkshire’s Calder Valley, returns for a third series on New Year’s Day. But Sgt Cawood might not be pounding the beat at all if the Valley’s creator, Sally Wainwright, had not spent her teenage years watching cult cop show Juliet Bravo in the 1980s.

Revealing how Happy Valley was inspired, Sally said: “I wanted to make it different from Scott & Bailey, so the most obvious thing was to have someone in uniform.

“I was heavily influenced by Juliet Bravo, which I watched as a teen.”

Juliet Bravo, which ran for 88 episodes between 1980 and 1985, was centred around female officers in the fictional Lancashire town of Hartley.

Sally also drew inspiration for Happy Valley from a 2009 documentary called Shed Your Tears and Walk Away, about the drug and alcohol culture in Hebden Bridge, West Yorks.

“I got the cast to watch it before we started filming season one. It helped set the tone for what we were trying to achieve.”

The first series of Happy Valley was screened in 2014, with the second season shown in 2016.

Fans will be sad to learn the new third series will be the last outing for Sgt Cawood – but that is a fate that nearly befell Juliet Bravo.

Although the show ran for six series, it was initially suggested that the drama should end when actress Stephanie decided to leave at the end of season three.

But Sally revealed she and Valley star Sarah agreed that three series would be enough for Sgt Cawood.

“We made a definite decision that this was going to be the final season,” she told Radio Times.

“Just because it’s been successful, we weren’t going to let it drift on until it became a pale shadow of itself.”