THE owner of a German-themed restaurant was hacked "into pieces" in front of his terrified partner by a man wielding a machete.

Austrian born Eduard Neumeister, 67, was left "unrecognisable" after being hit with "dozens of blows" from the razor sharp knife in rural South Africa. 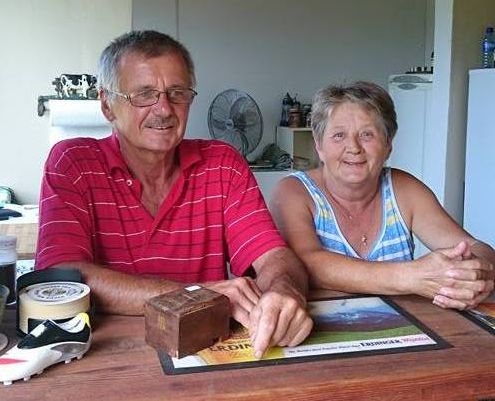 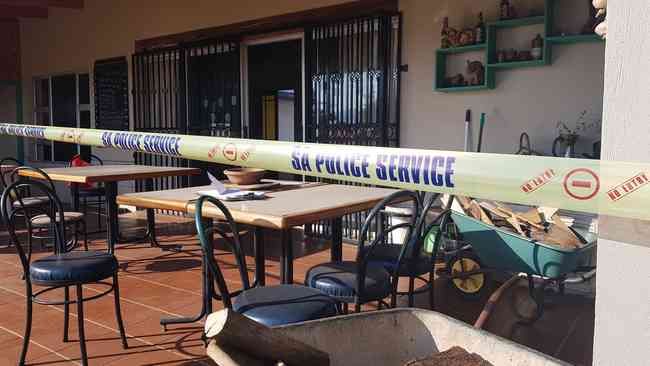 The 67-year-old and his German partner Margit Riebler, 62, had woken up for breakfast at Edi's Bratwurst sausage restaurant and B&B which they run together in KwaZulu-Natal, South Africa.

Eduard was feeding his two Rottweiler dogs when he was suddenly struck by a man and knocked to the ground.

Edi reportedly put up a brave battle for his life before collapsing in a pool of blood.

He had been hit repeatedly with the blade causing Margit to believe that he was dead.

The balaclava-wearing man then went into the restaurant and grabbed terrified Margit by the throat.

"GIVE ME ALL THE MONEY OR DIE."

He threatened to kill her before demanding: "Give me all the money or die."

As he strangled her, Margit saw Eduard staggering back in the door as he tried to help her.

The attacker turned around and launched a second attack, leaving Eduard beyond recognition.

Police officers reportedly said that they had never seen such horrific injuries inflicted by one man and that the restaurant owner was literally "cut into pieces".

Margit fled the house and ran down a track to the rural main road.

She managed to flag down a passing car and was taken to a nearby boarding school where she called emergency services.

He stood little chance against a man wielding a machete."

"Dad was hit from behind with a machete outside and it must've hit an artery as there was so much blood", she said recounting what Margit had told her on the phone.

"Edi had gone out to feed our rottweilers who are just so soft they barked and ran away when they man attacked and we think to be there at that time, he must've been lying in wait for him.

"We don't know how he got past the electric fence and inside the main compound area but it would seem he knew my dad always fed the dogs at about 7.30am and he was waiting for him.

“Dad went down on the ground as you can see from all the bloodstains by the workshop but shouted a warning to Margit but the black guy went inside then had his hands around her throat.

“He was strangling her saying “Do you want to die?  Give me the money or die”.

“My dad by all accounts should have been dead according to Margit from the blood all over him but he managed to get up and he tried to distract the burglar so that he could save her", she said.

“His face was cut off and he was left in bits and we were told that it was too gruesome for anyone to even try and identify him because it was just impossible to tell who he was.

“They can’t tell for sure how many times he was hit but it was continuous until there was nothing left and the emergency services people said they had never seen anything like it before.

"It must have been dozens and dozens of times and there was nothing left to put in a coffin.

“Margit managed to escape while this thing was killing my father and got through the gate and down to the main road and stopped a car who took her to a local boarding school to get help."

"A WICKED SENSE OF HUMOUR"

“No person deserves to die like this let alone my father and it is time this country woke up to what is happening on the farms and smallholdings because what happened here is just not right", she said.

"We are very angry because this was such a pointless and merciless and malicious killing.  It was just plain brutal.

"Our dad was a funny man with a wicked sense of humour who made people laugh.

"He did not harm anyone and was kind to everyone so he did not deserve this.  His family had all helped him since 2010 build up his business and our blood, sweat and tears went into that.

"Edi was a happy man who led a good life but thanks to this animal it was all over in an instant", said Sylvia who works as a restaurant waitress in Cape Town.

The murdered man’s son Tommy, a leading sommelier from Weinheim, Baden-Wurttemberg, Germany, said he spoke every Sunday by phone with his father to catch up on their week.

He said: “Edi and I had talked about farm attacks in South Africa but he never thought it would happen to him and he had upped security with two dogs and an electric fence and he felt he was safe.

“Killings like this need to stop right now and I don’t want anyone else going through what we are going through and more has to be done to keep farmers and those on these smallholdings safe.

“Edi was a proud father and grandfather and I feel a part of me has been ripped out.  I could not believe that on Sunday instead of chatting to him as usual I was dealing with his death”, he said.

Tommy was born and brought up in South Africa and is a regular visitor with wife Denise and their son Elijah, three, to his father's restaurant.

"A BIT OF GERMANY IN THE HILLS"

Eduard, originally from Salzburg, Austria moved to South Africa in the 1970’s and met and married German sweetheart Marian from Thuringia. They married in Johannesburg in 1980.

That year they had son Tommy and 18 months later daughter Sylvia but the marriage did not last and they were divorced in 1994 and boiler maker Eduard found new love with Margit Riebler.

In 2010 he found a smallholding next to a German who ran Gunther’s Sausages and when Gunther retired that year he took it over and renamed it Edi’s Bratwurst Sausage Restaurant and B & B.

“Dad basically offered a traditional bit of Germany up in the hills of KwaZulu-Natal and his sausage dishes and German beer went down very very well with the tourists", daughter Sylvia said.

“He also had a strong following of German locals with lots of passers-by mixed in and he became very well known locally and he loved nothing more than enjoying a few beers and a laugh.

Eduard's business was really taking off but then Covid-19 meant that they had to close their doors before the tragedy.

“My brother and I are devastated that something so dreadful could happen to our father and sadly know I think this is the end of his dream and I cannot see the restaurant ever.

“We just hope they catch the person responsible for his horrific murder and that anyone else who has had any involvement in setting it up in any way or shape or form is also caught”, she said. 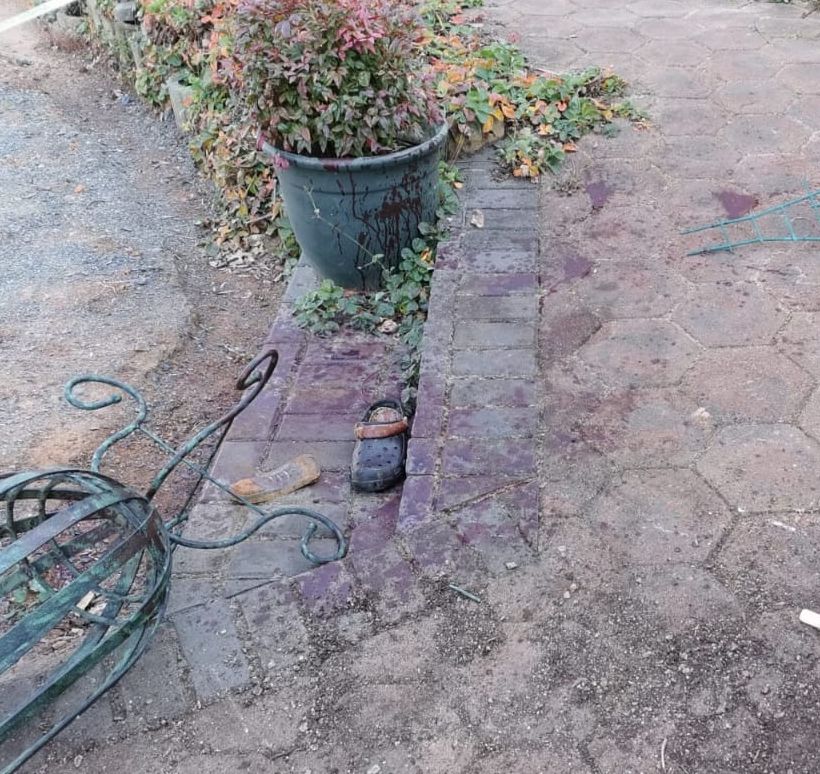 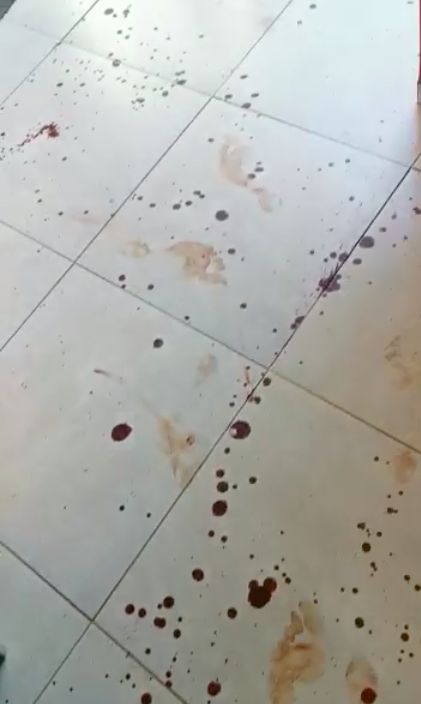