Today's newsletter is by Brian Sozzi, an editor-at-large and anchor at Yahoo Finance. Follow Sozzi on Twitter @BrianSozzi and on LinkedIn.

You blow a tire after doing 90mph on a highway, and a pitstop to the local tire store is in the cards. Drink 10 cups of coffee before noon, and you'll probably need to use the bathroom at least twice before 1:00 p.m.

Fall down the stairs, and you'll likely get scuffed up somewhere.

This fact is why it’s becoming obvious — at least to grizzled finance veterans — that the economy is likely headed into a recession before 2023 ends. There are a few factors underlying this view.

First, inflation is getting worse and in turn, zapping consumer purchasing power. And by getting worse, I mean growth rates are accelerating and touching fresh highs for companies. Moreover, the executives getting paid big bucks to project when inflation may top out, have no visibility into when it may happen.

Couple new examples from my chats with executives:

Hostess Brands CEO Andy Callahan told Yahoo Finance: "I am not in a position to call the peak. I thought we may be able to have said that last year. When we started the year, we thought inflation would be up double digits. We have now revised that forecast to be more in the high teens. We are seeing it across a broad basket. We have seen it in our commodities like wheat and other things we cover. We are seeing it in our fuel costs and transportation. We are seeing it in packaging. So it's difficult for me to see the peak now."

And here's Kellogg CEO Steve Cahillane: “We're seeing right now an acceleration in inflation. When we look even to 2023 we don’t really see bright skies yet. So it’s going to be a challenge going forward for the world.” 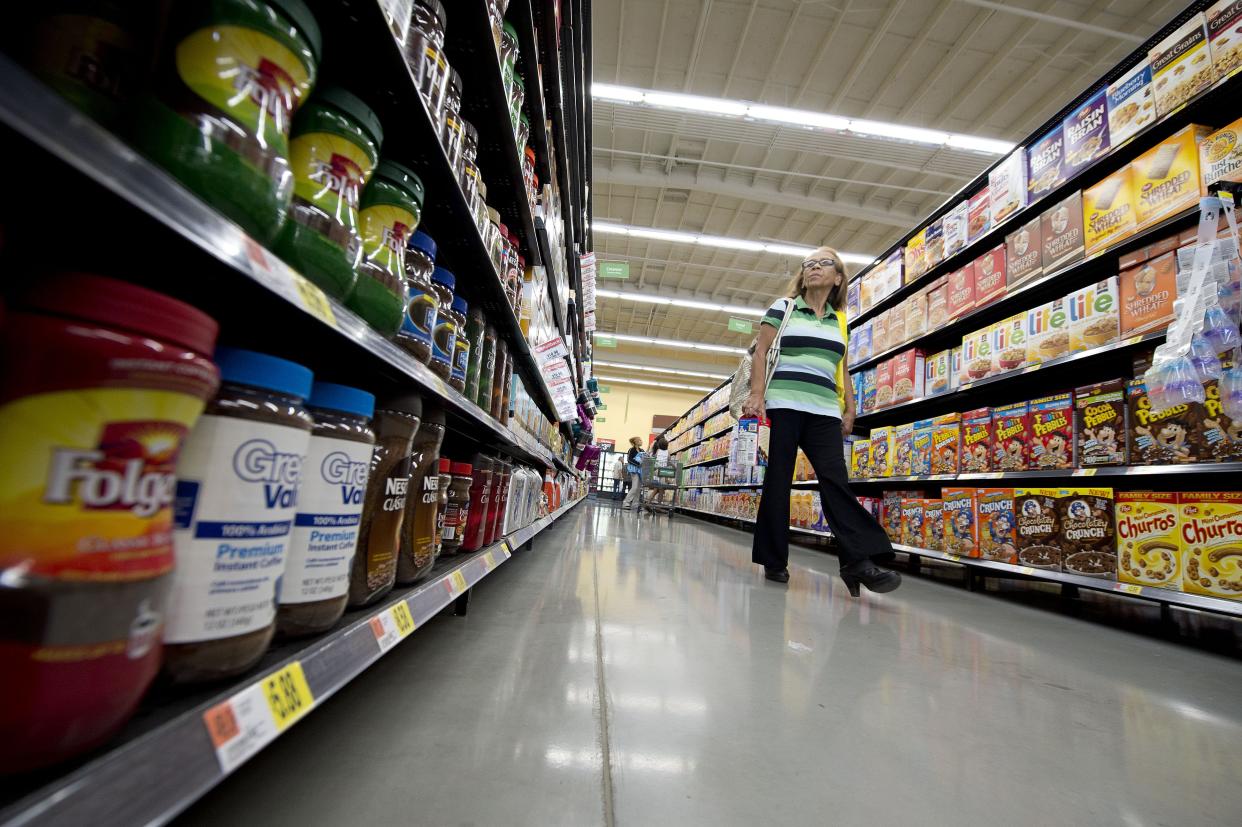 Inflation appears to be spreading from the goods sector to services sector – which naturally further zaps consumer purchasing power.

“Unfortunately, inflationary pressures are no longer contained to the supply chain or to the goods sector," Jefferies Chief Economist Aneta Markowska stated recently. "They are now present in the service sector as well, and much of the pressure is now emanating from the labor market."

Aneta is spot on: Just look at the cost to go do things. To see an IMAX movie inside an AMC theater, one adult ticket is $20. The price to bowl one game at a Bowlero on Saturday after 8pm (the cool kids time) is $8. I would say that $8 would buy you two boxes of cereal — but probably not as seen in Kellogg’s CEO comments above.

This elevated, sticky inflation along with Fed rate hikes making it costlier to own a home or put goods and services on credit cards, and you come away with very valid concerns a recession lurks. Not helping matters is a more volatile stock market (caused also by the Fed) now hurting consumer net wealth and likely, spending intentions.

The Federal Reserve shoulders a large part of the responsibility for letting inflation get out of hand. So, this will be their recession to deal with when the time comes. To us common folk, the message is clear: buckle up.

And as always, Happy Trading!

Ford drives away from Rivian: Ford will reportedly dump 8 million shares of electric truck maker Rivian now that the lockup period has expired. Rivian has been on a charm offensive with media in recent weeks (including interviews with Rivian founder RJ Scaringe)… execs of course knew Ford was going to go this route.

And Ford should go this route. For one, Rivian has been a colossal disappointment out of the gate as a public company (hence that aforementioned media charm offensive). Why should Ford have its financial statements hurt anymore (it took a hit in the first quarter because of Rivian's tanking stock price) by that poor Rivian execution?

And secondly, Ford continues to speed toward its own electric future with a host of new EVs and manufacturing plants. It’s best Ford detach itself from Rivian, and get full recognition by the market for its impressive feats under CEO Jim Farley of the past year.

Elon’s master Twitter plan: The New York Times got hold of Elon’s pitch deck for Twitter, and it’s a fun read. Elon has a vision to quintuple Twitter’s sales to $26.4 billion by 2028 on a user base of 931 million (compared to 217 million to end last year). LinkedIn founder and Musk friend Reid Hoffman recently told me that he has spoken to Musk about his Twitter vision and is confident on real change being brought to the platform.

Who am I to argue with these two visionaries? Just let me know when I have to start paying for Twitter, Elon.

Starsux: The awful year continues for coffee giant Starbucks. The National Labor Relations Board’s director in Buffalo issued a complaint against 29 unfair labor practices and outlined 200 violations of the National Labor Relations Act. It may be time for Starbucks to bring in crisis PR because it’s really losing the headline battle on the labor union front. Part of this reflects billionaire Starbucks CEO Howard Schultz continuing to throw gas on the fire, and the other is the realities of working in the ever-taxing job that is a Starbucks store employee.

I liked U.S. Labor Secretary Marty Walsh’s message to Howard Schultz on Yahoo Finance Live. Give it a watch.

And while the appetite to own streaming names isn’t exactly strong right now thanks to weak quarters from Netflix and Roku, Paramount’s decline is surprising given its first quarter was on the relatively strong side. Paramount CFO Naveen Chopra recently struck an upbeat on Yahoo Finance Live. Toss the name on your watch-list.

Constellation Brands is making a rare appearance on the trending ticker page. The stock is up 1% in the past five sessions versus the S&P 500’s 1.2% drop as traders seek out safe-havens. It doesn’t get anymore safe then a Constellation Brands, which sells Kim Crawford wine as well as Modelo, and Corona beer. Here’s what Constellation Brands CEO Bill Newlands just told me about current trends in the business.

Another stock I continue to watch closely is Qualcomm. Shares are up 1% in the past month compared to 13% drop in the Nasdaq Composite. In this poor tech tape, that is impressive relative out-performance and comes amid a strong first quarter for Qualcomm. Yahoo Finance’s Allie Garfinkle just spoke with Qualcomm CEO Cristiano Amon, so give this a watch too.

What to watch today