WARNING: Aboriginal and Torres Strait Islander readers are warned this article contains a photo of a person who has died. It has been used with family permission.

When Northern Territory police officer Zachary Rolfe was charged with murder after fatally shooting 19-year-old Kumanjayi Walker during an attempt at arrest in the remote outback town of Yuendumu in late 2019, Otto Jungarrayi Sims, a senior traditional Warlpiri man, called it a monumental opportunity: “It’ll change the course of history for black people. There is hope.” 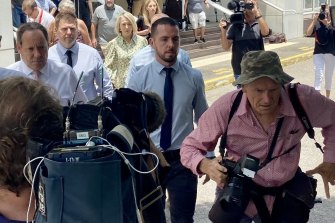 With the long and troubled history between law enforcement and First Nations people as a backdrop, it is rare that an officer is charged with the killing of an Indigenous person, and none has been convicted of murder. The latest case became a flashpoint, caught up as it was with the local interpretation of the Black Lives Matter movement.

The legal system has taken its course, and after five weeks of evidence from more than 40 witnesses before the Supreme Court in Darwin, the jury acquitted Constable Rolfe of all charges.

Prosecutors argued that his first shot was justified in self-defence but that he did not have an honest belief that the second and third shots were necessary and therefore did not act reasonably. Constable Rolfe’s legal team argued he was acting in defence of himself and his partner and in line with his training and duties.

The verdict inevitably caused anguish and despair for Mr Walker’s family and, more broadly, Indigenous Australians who believe, with some justification, that the justice system is stacked against them. Outside court, family members said the Kardiya [white] system of justice had failed them: “I just say, when are we going to get justice? When?” Warlpiri elder Ned Jampijinpa Hargraves yelled. 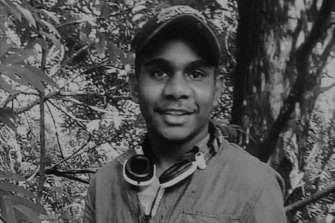 Kumanjayi Walker was 19 when he was shot dead in the remote community of Yuendumu in 2019.

There is no reason to think that, on the facts presented, the verdict was misplaced, and there is anger on both sides. Constable Rolfe told The Australian he was “thrown under a bus” by police leadership and that the investigation had been rushed and inadequate. A trial is about a particular set of facts, and whether an offence can be proven beyond reasonable doubt. The real issues in this case are much broader and deeper, and remain to be addressed.

An inquest later this year into Mr Walker’s death will go some way into examining the profound issues the case raised. Relations between police and residents in some remote communities are fraught. The role of guns in communities needs to be confronted. Mr Walker’s severely disadvantaged background, substance abuse and run-ins with the law from a young age are not unique.

Deaths in custody remain all too common in this country. At the end of last year, another grim milestone was reached, with 500 Aboriginal people and Torres Strait Islanders having died while in custody since 1991, the year a royal commission made 339 recommendations to reduce such deaths. Last year, Indigenous people made up 28 per cent of the prison population. They are 12 times more likely to be in jail than non-Indigenous Australians.

There are many people offering a new way forward. A day after the acquittal of Mr Rolfe, senior Warlpiri elder Robin Japanangka Granites raised hopes that the case might be a catalyst for change.

He said communities wanted officers and police stations “because we need them”, but the guns should be locked away. He also called on more law enforcement officers to learn the ways of Indigenous people: “We know you speak English, but we speak little English. We are learning from you. Nowadays, when you’re here, you start learning our language. That way, barriers are breaking.”

The shooting of Kumanjayi Walker was a tragedy not just for his family, but for many Australians – Indigenous and non-Indigenous – whose demands for change are growing.

While the court has made its decision, the bigger problems remain. As ever, hope will come from action, not just words.