THE Prince and Princess of Wales today met troops taking part in the Queen's funeral next week.

William and Kate are visiting an army training centre in Surrey ahead of the emotional service on Monday. 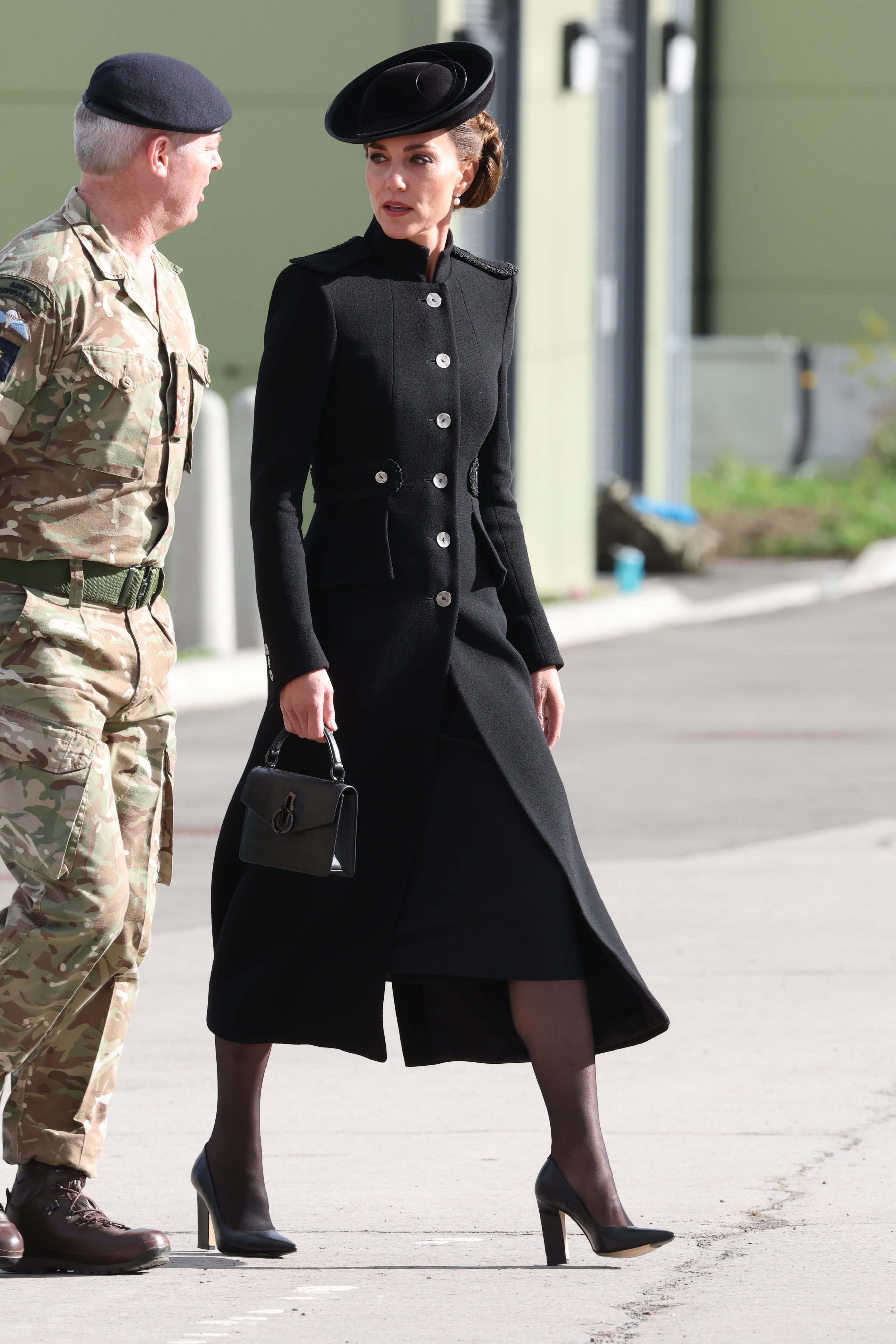 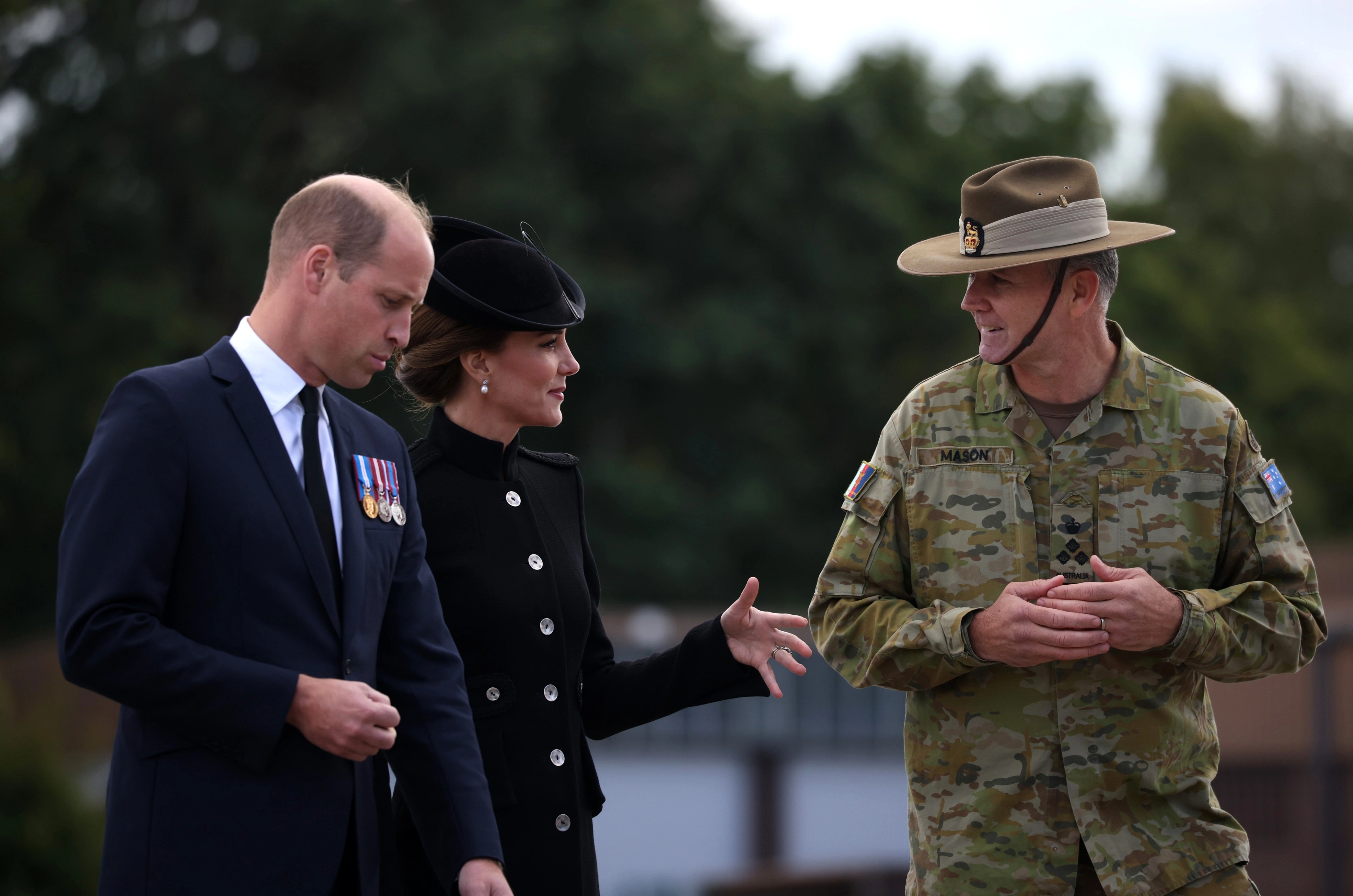 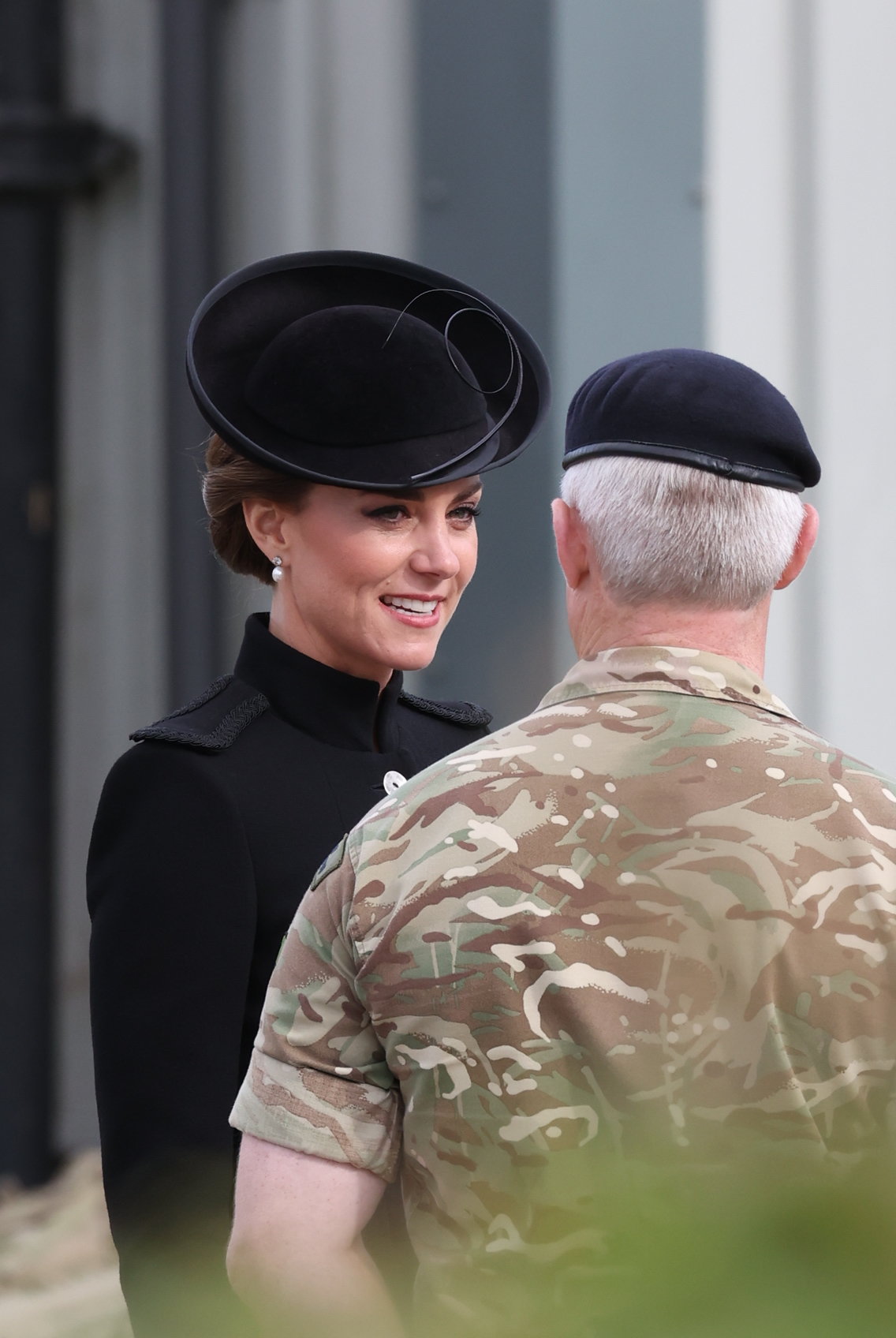 At Pirbright this afternoon, they will greet members of the military who will stand by their side on September 19.

The New Zealand Army will also perform a Haka – a ceremonial dance in Māori culture – in Her Majesty's memory.

Yesterday, more details were revealed about the funeral, which will see some 2,000 people gather at Westminster Abbey.

Wills and Harry will walk side-by-side as they did in the procession from Buckingham Palace to Westminster Hall on Wednesday – in a haunting echo of Princess Diana's funeral, when the brothers, aged 12 and 15, stood shoulder to shoulder as they followed their mother's casket.

World leaders, foreign royals and chosen members of the public will join the siblings united in grief at the poignant service.

And 17 recipients of the Victoria Cross and the George Cross – two of the most prestigious military honours – will be among those to attend, including one from New Zealand and four from Australia.

READ MORE ON THE QUEEN’S DEATH

Earlier today, several said they were "humbled and honoured" to be involved in the historic event.

Seven will be involved in the Procession of the Orders of Chivalry, including Colour Sergeant Johnson Beharry VC, who was awarded for twice saving colleagues while under fire in Iraq.

The 43-year-old, of the Princess of Wales's Royal Regiment, said: "I am deeply saddened at the passing of Her Majesty Queen Elizabeth II.

"She was an extraordinary role model and an inspiration to many.

Plusnet goes down leaving thousands of customers without internet access

Brits to get £150bn energy bill bailout update next week

"In every engagement that I have had with her she showed great compassion, humility and pure warmth.

"Pinning upon me the Victoria Cross is among the fondest memories that I will hold very closely to my heart.

"I feel very humble and honoured and indeed fortunate to be included in her funeral procession."

Major Norton, chairman of the VC and GC Association, said: "In January 1983 I swore an oath of allegiance to Her Majesty Queen Elizabeth II, her heirs and successors; almost 40 years later, over 30 of which have been spent in uniform, I hold that allegiance still to be true.

"For me, Queen Elizabeth II was the boss and I enjoyed every single year in her service.

"Being awarded the George Cross by her was the greatest of honours and it was subsequently a privilege and joy to have met her on so many occasions."

The 59-year-old was awarded in 2006 after checking for an improvised explosive device (IED) near Baghdad the year before, leading to the loss of his left leg, severe injuries to his right leg, abdomen, back and left arm.

Mr Beaton, 79, was awarded the George Cross for helping to foil a gunman's attempted kidnap of Princess Anne in 1974, and he was shot three times protecting the Queen's daughter.

While Mr Gledhill, 84, a former police officer, was awarded the George Cross in May 1967 for an act of bravery for pursuing a recklessly driven car.

"I'm a real royalist so it will be an honour to be involved in the procession, we have rehearsals and various other things in the next few days," he said.

"It's something I'll be very proud of."

Bill (Willie) Apiata VC, 50, will be representing the Victoria Cross for New Zealand, and will be walking alongside Mark Donaldson VC, 43, from Australia in the procession.

The service will be conducted by the Dean of Windsor, with Prime Minister Liz Truss and Commonwealth secretary general Baroness Scotland reading the lessons, and the Archbishop of Canterbury delivering the sermon.

Some 800 people, including members of the Queen's Household and Windsor estate staff, will attend the committal service at 4pm in St George's Chapel, Windsor Castle. 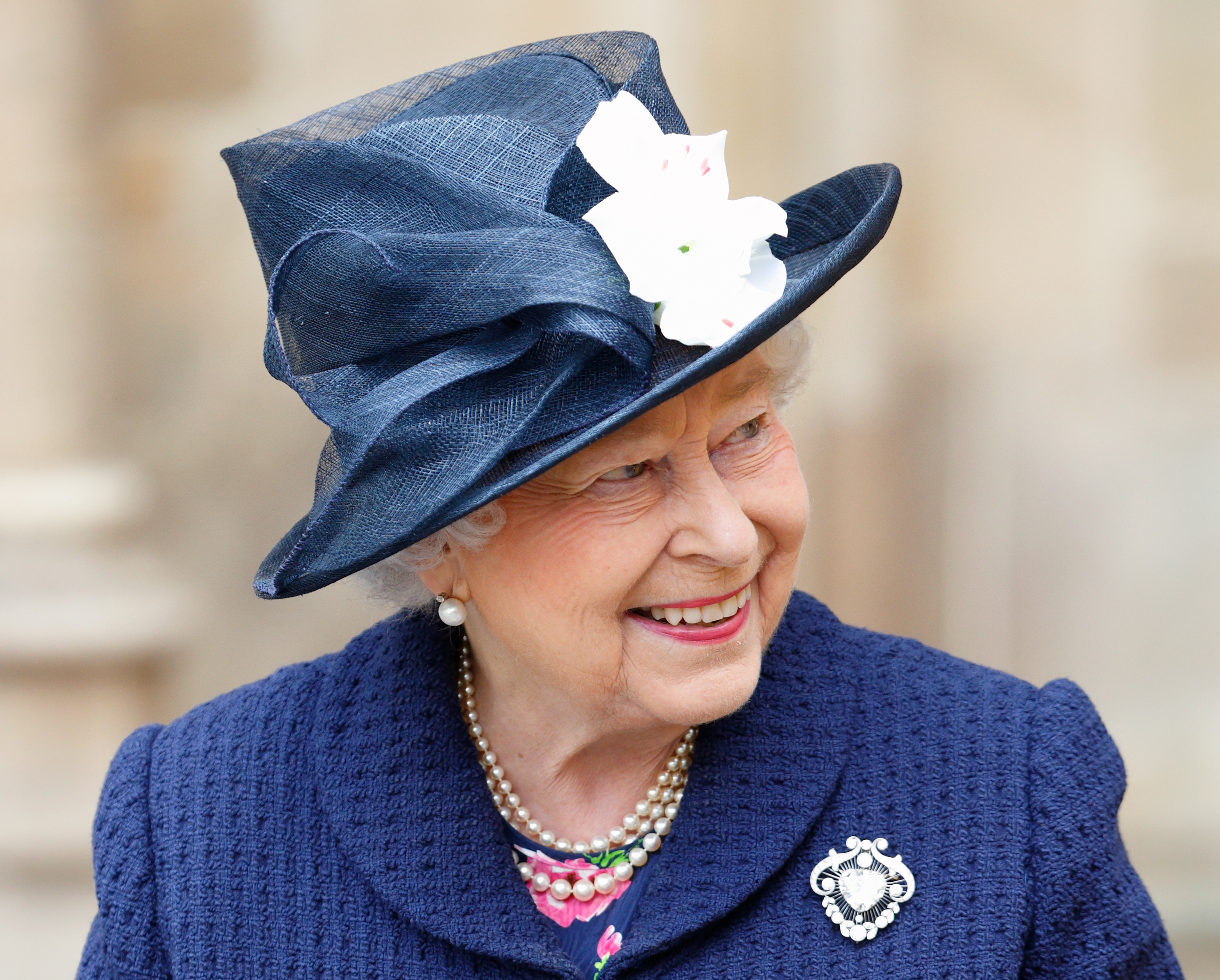 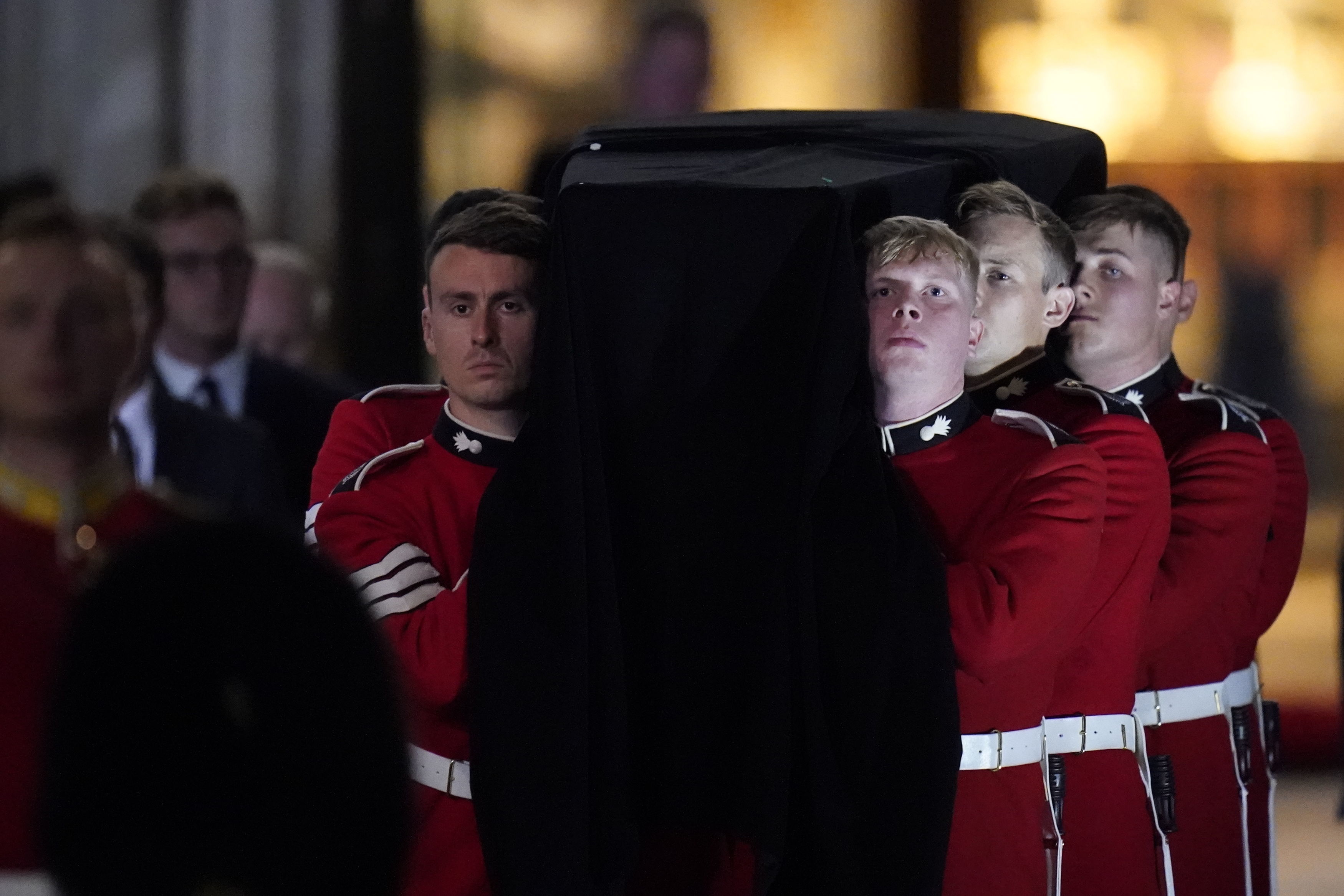 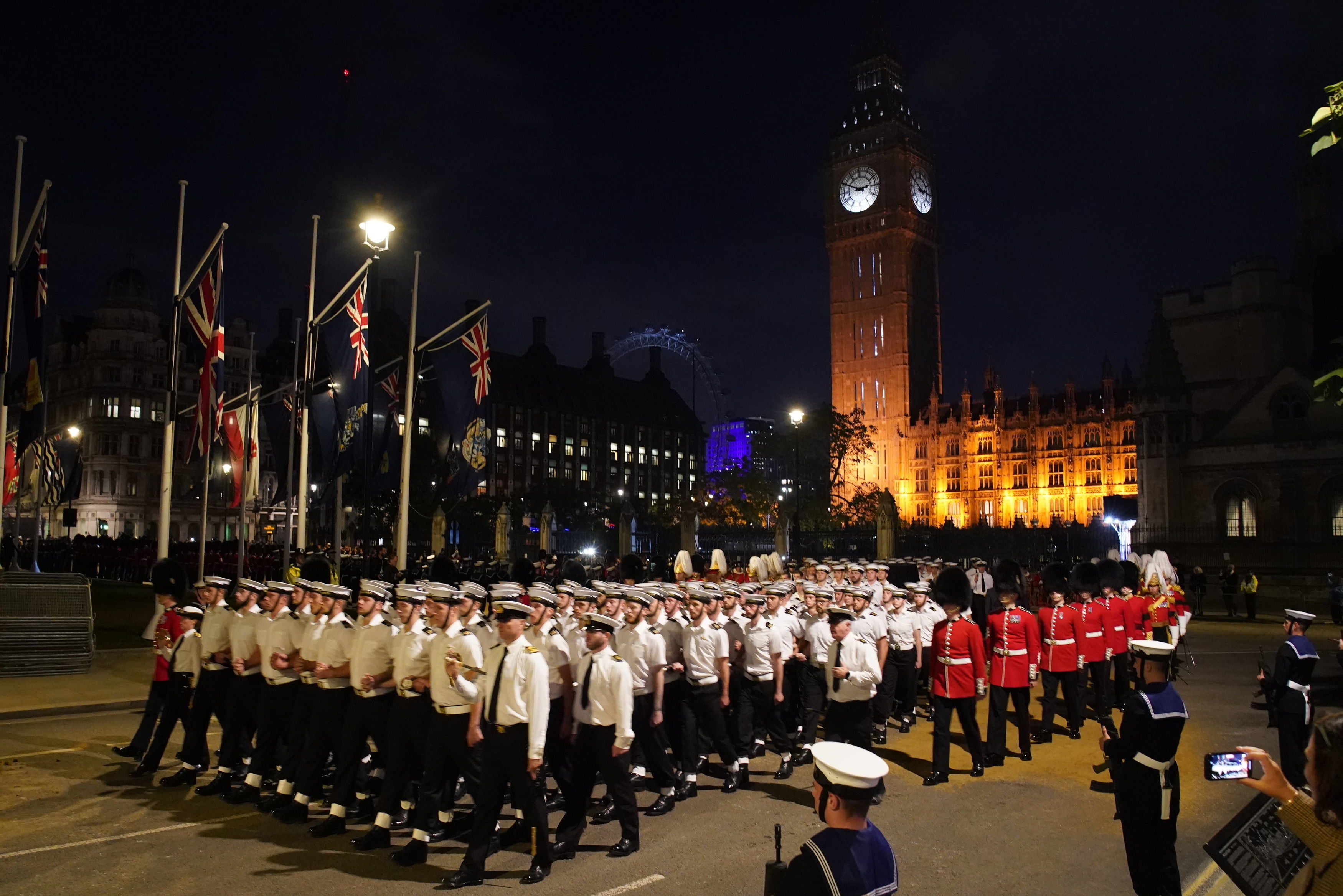 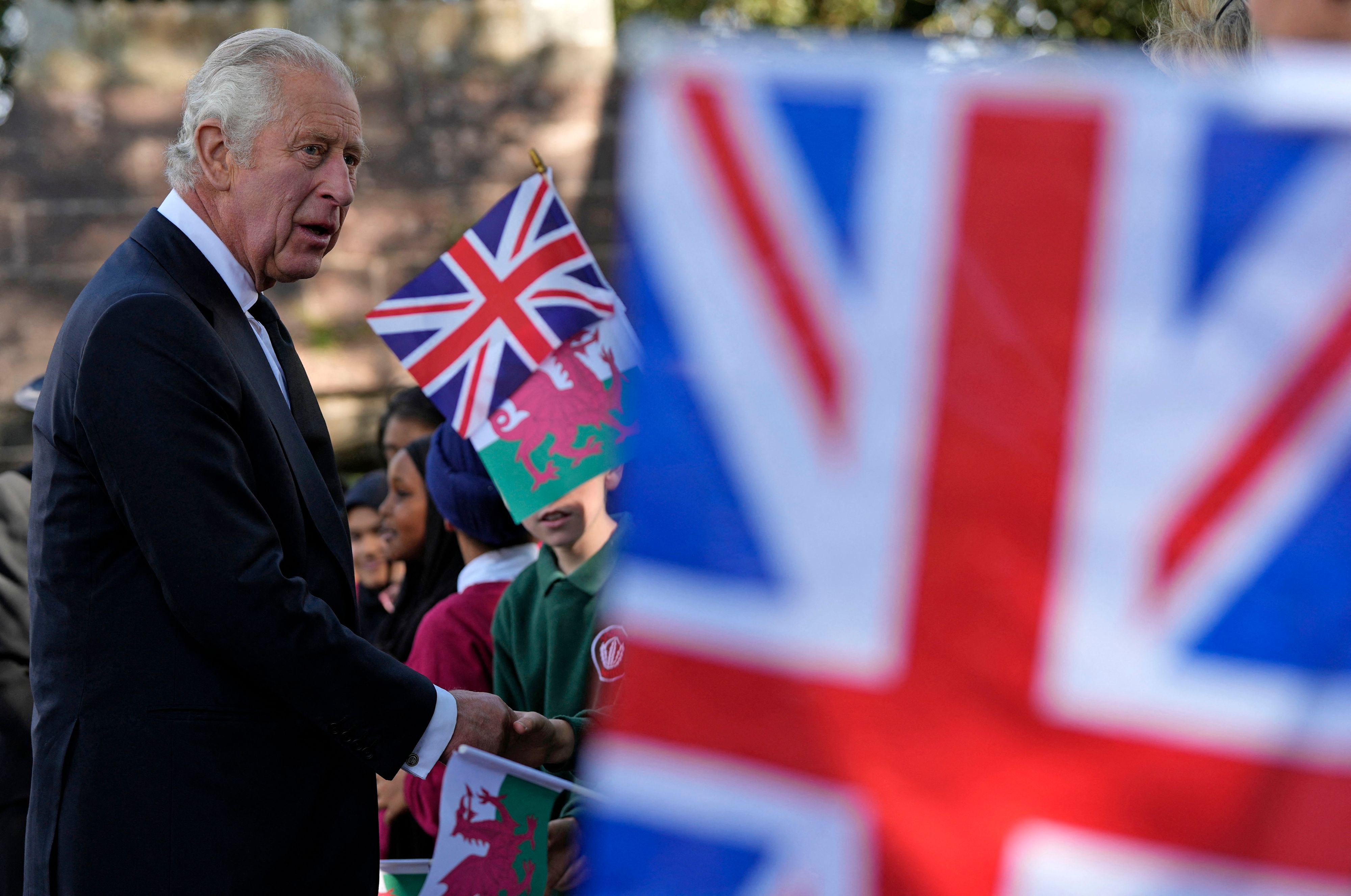