PRINCE William beamed as he met firefighters in London today during his first royal engagement since his summer break. 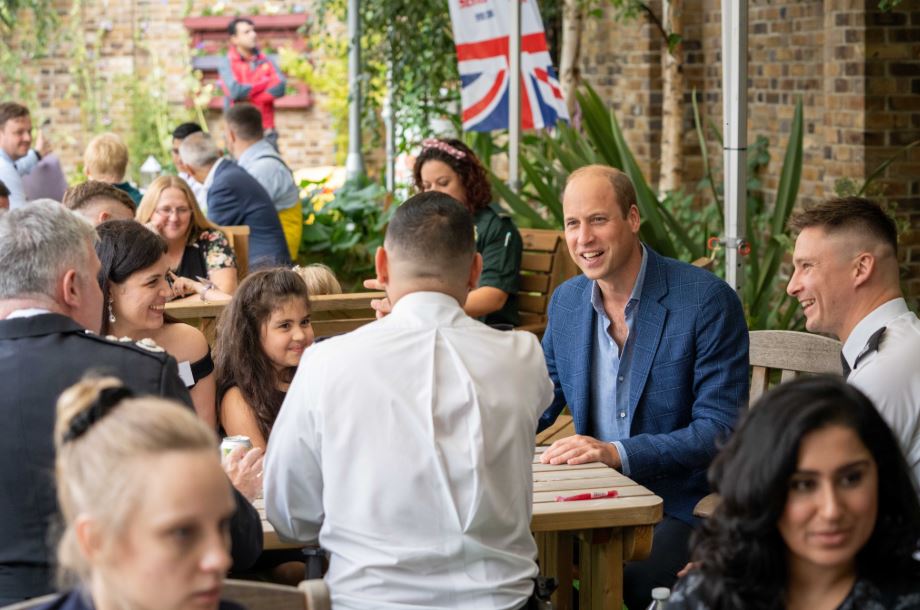 He made the visit without wife Kate after the couple holidayed in the Isles of Scilly with their children.

Wills, who wore a navy blue suit with an open-collared blue shirt, laughed with the crew as he arrived at the station.

During his visit, he chatted with firefighters in a gazebo decorated with homemade bunting.

The royal appeared in great form as he returned to his duties after his trip away.

Kate and William, along with Charlotte, George and Louis, returned to Scilly in August after first taking a break there in 2020.

One visitor to the island said they "seemed like a normal family on holiday, intent on keeping themselves to themselves."

William is likely to have needed a restorative trip away before a busy winter.

He and Harry are among the royals set to speak out about Prince Philip's life for a new BBC documentary.

Meanwhile, it's claimed that Wills and Kate are planning a move from Norfolk to Windsor in order to be closer to the Queen.

According to reports, the couple are “eyeing up” a move to Berkshire.

And the Cambridges are reportedly thinking about moving to Fort Belvedere, a Grade II listed house with a tower towards the southern end of Windsor Great Park.

Currently, the fort is owned by the Crown Estate and is leased to the Weston family, close pals of the royals.

However, representatives for the couple say the claims are just speculation.

Meanwhile, it was revealed last month that William personally intervened to ensure the safety of an Afghan officer and his family.

The prince heard of the former cadet's plight before requesting that he and his loved ones were evacuated from Kabul.

The Afghan officer is thought to have served with the Afghan National Army.

Sources say he was integral to the British military operation in Afghanistan and had been working closely with our troops.