Pressure on school places: Up to 134,00 face missing out on place in the next five years as council leaders declare an ’emergency’

Thousands of children face missing out on a secondary school place over the next five years due to a shortage partly fuelled by high migration.

Council leaders say the country is facing a school places ‘emergency’, with half of all local authorities on course for a shortfall in this period.

Unless urgent action is taken, 134,000 pupils will be without a place by 2023/24 according to Local Government Association (LGA) analysis. The crisis follows an influx of people from countries since the 1990s that tend to have higher birth rates than the UK.

The Government said last year that this contributed to a surge in births in the 2000s as women from some of these nations have larger families on average. 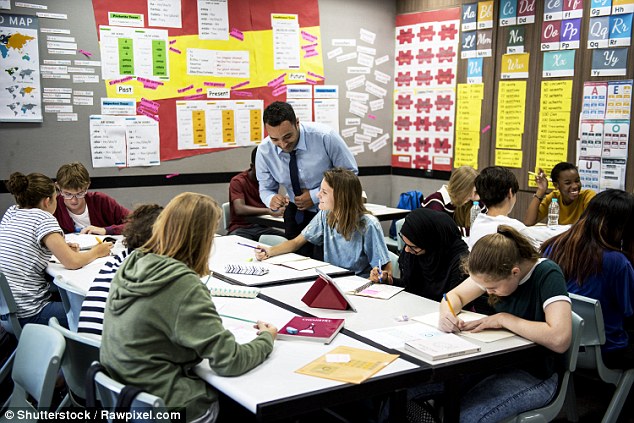 The squeeze was first felt in primary schools, with heads having to create new classrooms and bumper-size year groups to accommodate all the extra children. Now the same problem is transferring to secondaries as the pupils grow older. Government projections last summer showed the secondary school population is set to rise by almost a fifth – around half a million children – over the next decade.

Anntoinette Bramble, chairman of the LGA’s children and young people board, said: ‘No family should face uncertainty over securing their child’s secondary school. But the reality is we face an emergency in secondary school places where the number of pupils is growing at a far faster rate than the number of places.’

Paul Whiteman, general secretary of head teachers’ union NAHT, added: ‘The lack of school places is an issue which isn’t going away.

‘The massive increase in pupil numbers over the next few years, particularly at secondary age, will only make it harder.’ 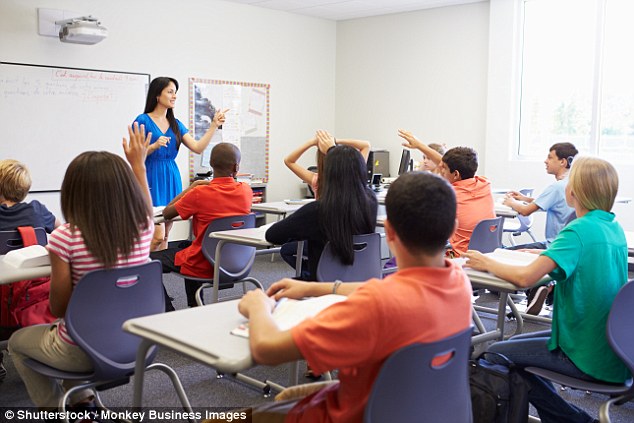 Council leaders say the country is facing a school places ‘emergency’, with half of all local authorities on course for a shortfall in this period (stock of classroom)

The shortage will cause a huge problem for officials, as by law every child must be given a school place.

If no new schools are built in the areas of high need, it may mean parents having to drive their children miles away to attend schools in areas where demand is lower.

The LGA warned yesterday it had only limited powers to create new places, as two-thirds of secondaries are academies, which are not under council control. It called for councils to be given back the power to open new schools in areas of high need. Miss Bramble added: ‘It’s only by working with councils, rather than shutting them out, that we can meet the challenges currently facing the education system.’

Last year, almost one in five children missed out on their first choice of secondary school, with London and Birmingham among the worst affected areas.

School standards minister Nick Gibb said: ‘This government has driven the largest creation in school places in two generations and by 2020, there will be one million more new places across the school system than there were in 2010.’

He added that 93.8 per cent of children got into their top three secondary school choices.