A primary school boy said to shoved a BBC reporter in the back during a live segment is being investigated by the police.

The young lad – who cannot be legally identified –  was spotted in the background of a broadcast at Brighton Station last night.

He then started dancing behind her, as if to mock her to the viewers.

Then he vanished for a second and Ms Adam suddenly jolted forward as he pushed her from the back.

Yesterday the reporter said: ‘Reporting live from #Brighton tonight when a young boy about 8 started mucking about waving his arms behind me. We’ve all been there, but then he shoved me hard in the back before running off.

‘The saddest part is his mum was across the road egging him on and you can hear her howling with laughter.

‘It’s not funny, it’s assault while someone is doing their job. Where has kindness gone?

‘Thank you to the friends and viewers who have messaged me both publicly and privately to ask if I’m ok. 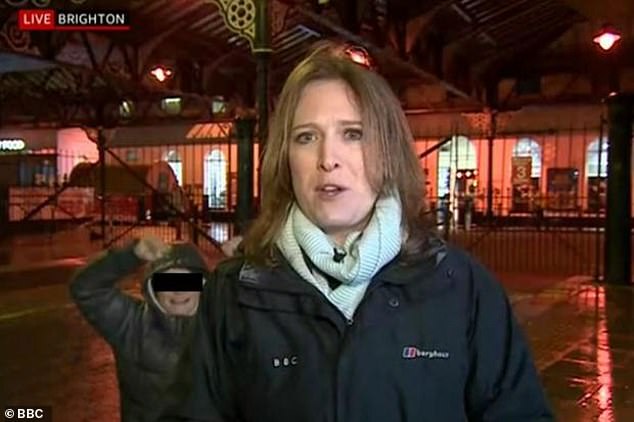 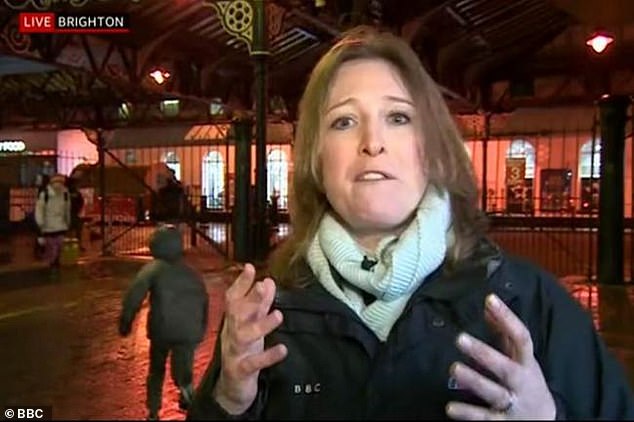 ‘I’m fine thanks, just a bit shaken, quite angry and a bit sad.’

Today, Sussex Police confirmed they were investigating the incident, and were in touch with Ms Adam.

A spokesman said: ‘Police received a third-party report of an assault in Queens Road, Brighton on Tuesday evening.

‘Contact has been made with the victim and enquiries are ongoing. Anyone with information is asked to contact police online or call 101 quoting serial number 1433 of 01/03.’