Thong arm of the law! Police hunt two women accused of stealing 1,000 pairs of panties from a Victoria’s Secret store

Two women are being hunted by police after brazenly stealing 1,000 pairs of panties from a Victoria’s Secret store.

The pair walked into the underwear shop in Ohio and emptied thousands of lacy garments into bags and casually walking out.

CCTV footage captured the women pulling handfuls of panties and other clothes out of draws and from the top of displays, then stashed them in shopping bags. 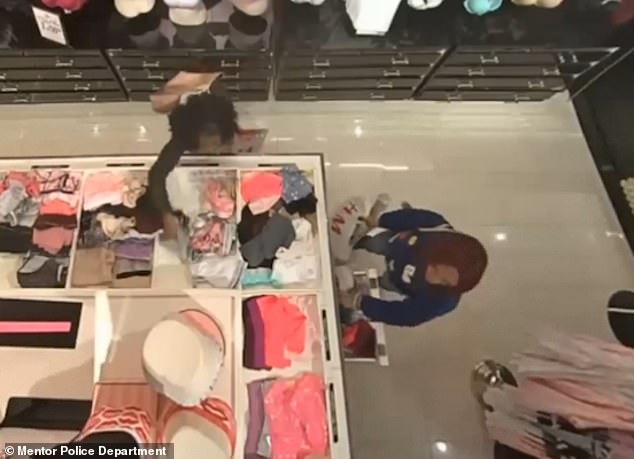 Panty perpetrators: The women searched through draws and rifled through displays, taking $5,700 worth of underwear

The suspects spent a couple of minutes browsing the goods and picking through what they wanted to steal, before stuffing more items in bags.

After rummaging through the shop and clearing out entire draws and shelves of clothes, the two women then selected merchandise hanging on racks.

Security footage from the the Great Lakes Mall store’s cameras ended with the women still rifling through the underwear.

Police department posted a portion of the surveillance video on its Facebook page this morning. 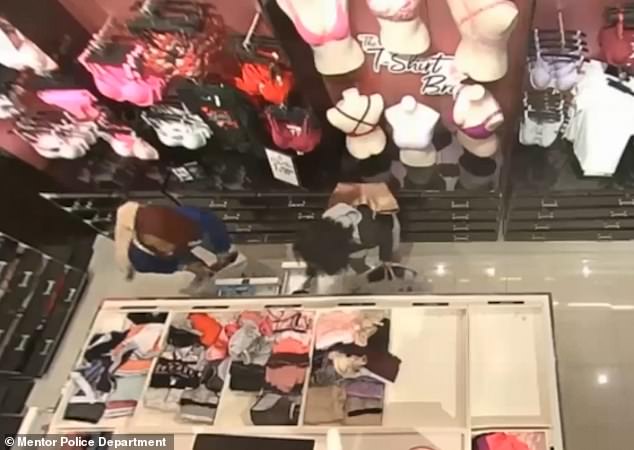 The suspects stuffed the panties into shopping bags before leaving the store in the Great Lakes Mall, Ohio