Police chief who led controversial Ted Heath abuse inquiry at ‘Britain’s worst force’ had a ‘personal and undisclosed’ relationship with his head of standards and ethics, disciplinary hearing is told

The ex-police chief who led a disastrous sex abuse probe into Ted Heath had a ‘personal and undisclosed’ relationship with his former ethics boss, a disciplinary hearing has heard.

Mike Veale’s relationship with Christiana Emsley was cited as the key reason for a ‘biased’ and ‘unfair’ investigation into a senior officer working at Cleveland Police, dubbed ‘the worst force in the UK.’

Mr Veale and Ms Emsley were accused of launching a ‘flawed’ probe into Superintendent Beverley Gill – who was accused of covering up sex scandals at the force, but had her case thrown out at a disciplinary hearing in Stockton-on-Tees on Friday.

In a statement following the ruling, Ms Gill suggested Ms Emsley had been ‘influenced’ by Mr Veale, who she said had ‘improper control’ over the probe as a result.

Mr Veale is best known as the officer who, while at Wiltshire Police, launched a sex abuse investigation against the late former Prime Minister Sir Edward Heath based on ‘evidence’ provided by serial liar Carl Beech, who is now in prison.

He later became head of Cleveland Police and opened the investigation into Ms Gill in 2018. However he stepped down in 2019 and is currently facing gross misconduct proceedings for allegedly breaching professional standards during his time there. 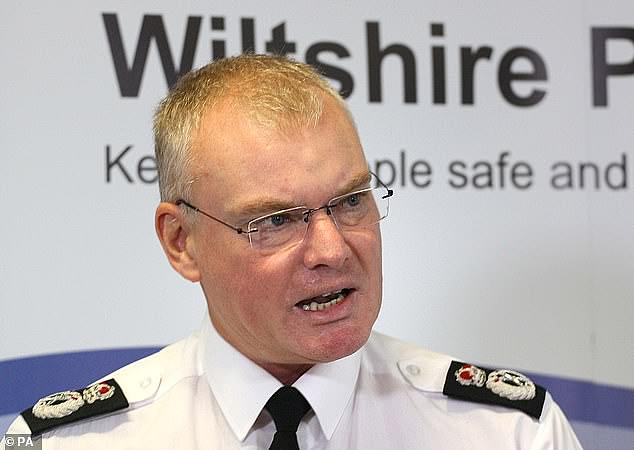 Mike Veale’s relationship with Christiana Emsley was cited as the key reason for a flawed investigation into a senior officer working at Cleveland Police, the force branded ‘the worst in the UK.’ (Pictured: Mike Veale)

Ms Emsley was Cleveland’s first civilian head of Standards and Ethics and worked under Mr Veale in an effort to clean up the force’s tarnished image. But she was suspended in 2020 and is currently involved in an employment tribunal against Cleveland police.

Ms Gill claimed the investigation against her was ordered by Mr Veale to make an example of her and arose from his relationship with Ms Emsley.

It had been claimed Ms Gill turned a blind eye to Detective Inspector Simon Hurwood as he sexually harassed 21 junior colleagues over a 14-year period, eventually leading to him being sacked in disgrace.

But the gross misconduct case against her, which began three years ago, was finally thrown out yesterday.

In a statement read to the hearing by her barrister Hugh Davies, QC, Ms Gill launched a blistering attack on both Mr Veale and Ms Emsley.

She said: ‘The history of the investigation against me which led to the bringing of these proceedings has been biased, flawed and inherently unfair.

‘I have been used as the warning to others sought by former Chief Constable Mike Veale.

‘Improper control and influence on the investigation appears to have arisen because of his personal and undisclosed relationship with Christiana Emsley.

‘Witness statements display loaded questions, witnesses disliked me based on my direct management style and statements are loaded with opinion, rumour and hearsay evidence.

‘The conduct of this investigation by Cleveland police has seriously compromised the outcome of the final IOPC-led investigation.’

The case against Ms Gill had to be abandoned, partly because both Mr Veale and Ms Emsley blocked the disclosure of vital documents. 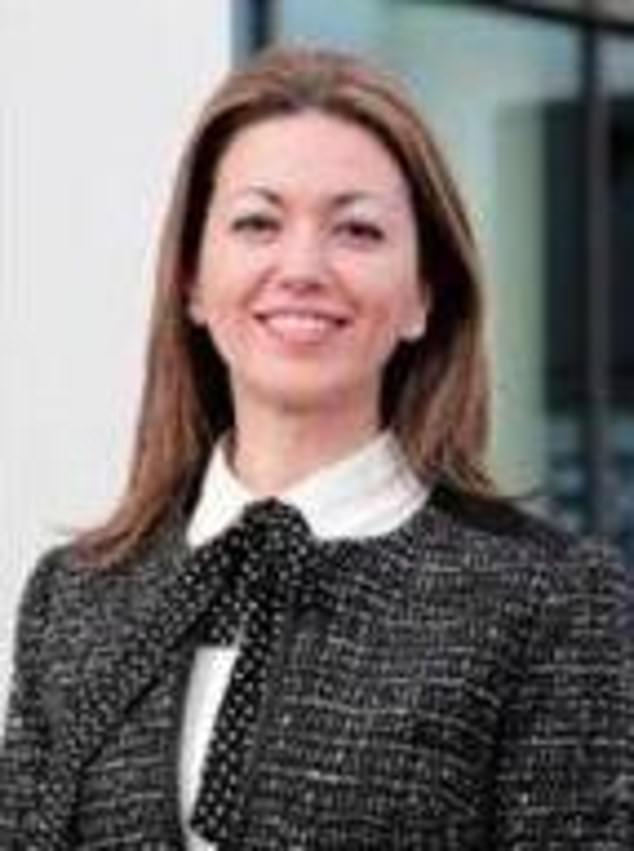 Both are involved in proceedings which produced statements with direct relevance to the case against Ms Gill.

Cleveland Police asked for the documents to be disclosed to the disciplinary hearing but their requests were refused.

An application to the High Court to obtain them through a legal battle was considered but was eventually not sanctioned by the force.

Their barrister Stephen Morley was forced to concede that he was not in a position to proceed with the hearing on Friday and it was thrown out by the panel.

After the hearing a Cleveland Police spokesperson said: ‘The Legally Qualified Chair (LQC) today determined it would not be possible to proceed due to the difficulties outlined with disclosure in this matter and the allegations will be dismissed.

‘The LQC acknowledged the need for a full hearing which has not been made possible at this time due to other ongoing legal proceedings and could not have been forseen.

‘These ongoing legal proceedings mean we are unable to comment further.’

Mr Veale was Chief Constable of Cleveland Police from 2018 to 2019 before resigning the following year. He has since been accused of gross misconduct by the force.

In 2019 the police inspectorate branded the force ‘inadequate’ in all key areas and it has been rocked by a seemingly endless string of scandals.

‘She has strongly denied any wrongdoing throughout, and we are pleased that today all allegations have been dismissed by an independent panel, because all were in agreement that no fair hearing could take place.

‘We have formally raised our deep concerns over the handling of this investigation at a senior level, and the unacceptable length of time it has taken to conclude. It has been extraordinary in many ways, not least because of the fact that material exists to substantiate Bev’s own concerns with the investigation, which the force has never shared.’

Following the case, Ms Gill added: ‘I have strenuously denied all the claims made against me throughout, and have challenged the process that has been followed.

‘I question the motivation behind the investigation, which I believe has lacked any legitimacy, something my legal representatives have continuously raised.

‘Cleveland Police has failed to respond to these formal concerns and have consistently failed to share material it holds, which supports my case.

‘This investigation began in 2018, I have been suspended from serving communities for no proven reason and have suffered ill health as a result.

‘I am pleased that this process has now come to end, and that despite being put through four years of investigation and being prevented from doing the job that I love, all allegations against me have been dismissed.’