Liz Truss ‘seems to be in denial about how dire the situation is’: So what happens next… and could Rishi Sunak (or even Boris Johnson) come back?

Liz Truss is desperately seeking solutions after she was accused of ‘trashing the last 10 years’ of work in a brutal showdown with Tory MPs last night.

The Prime Minister has been described as ‘in denial about how dire the situation is’, and is being warned that she must rethink on key measures in Kwasi Kwarteng’s mini-Budget, which helped trigger market chaos that has sent the Pound plummeting and government borrowing costs soaring last month.

The grim situation the Conservatives face has been underlined by a poll showing Labour leading by 13 points in the so-called ‘Blue Wall’ – suggesting Keir Starmer would seize a swathe of previously safe seats in heartlands.

And some Tory MPs are plotting to replace Ms Truss with a ‘dream ticket’ of her leadership contest rivals Penny Mordaunt and Rishi Sunak, while others want a comeback for Boris Johnson.

MPs on all sides believe the publication of the Government’s ‘medium term fiscal plan’ on October 31 is now central to the survival of both the PM and Chancellor. 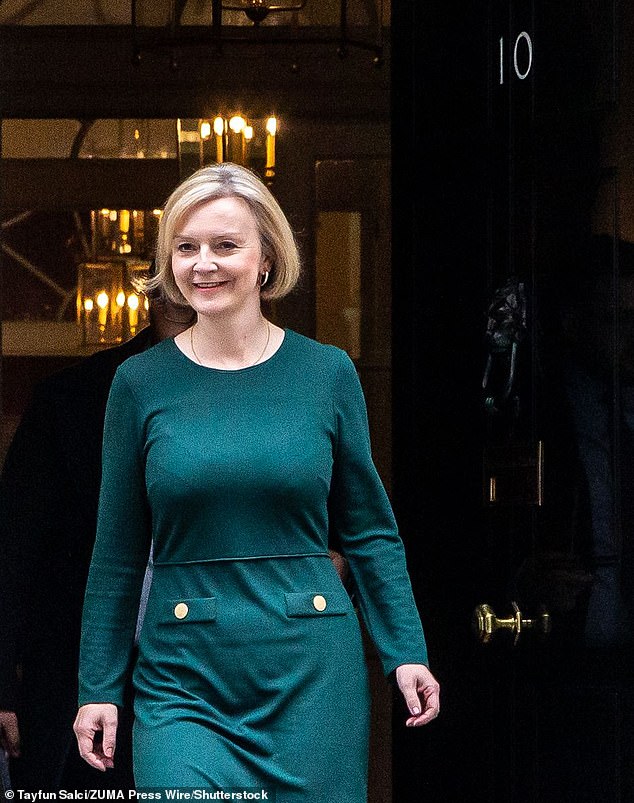 Why is the Prime Minister in trouble?

The immediate cause of the PM’s problems is the negative market reaction to last month’s emergency mini Budget. Tory MPs have been horrified by the slide in the pound and the subsequent jump in mortgage rates, for which they fear the Government will be blamed, fairly or not. They have also been stunned by a series of opinion polls suggesting Labour has surged into a 30-point lead, which would see dozens of them lose their seats.

But MPs have also been unimpressed by the PM’s failure to try to carry the party with her. An hour-long meeting with backbenchers on Wednesday night soured relations further. One MP said: ‘The atmosphere was funereal. There was nothing to give you hope that she can get us out of this – in fact she still seemed to be in denial about how dire the situation is.’

Under Tory Party rules, MPs cannot force a vote of confidence in a new Conservative leader for 12 months, regardless of how many of them submit letters of no confidence. Bob Blackman, secretary of the 1922 Committee, yesterday said that next September is ‘the earliest a confidence vote can be held’ and urged restive MPs to ‘stop sniping’ at the PM.

In reality, the rules are a red herring. Tory grandees are already considering options for changing them. And senior Tories argue that no leader could continue if they had clearly lost the confidence of their MPs. They cite the example of 2019 when Theresa May decided to resign after being warned that the rules would be changed to allow another vote against her. 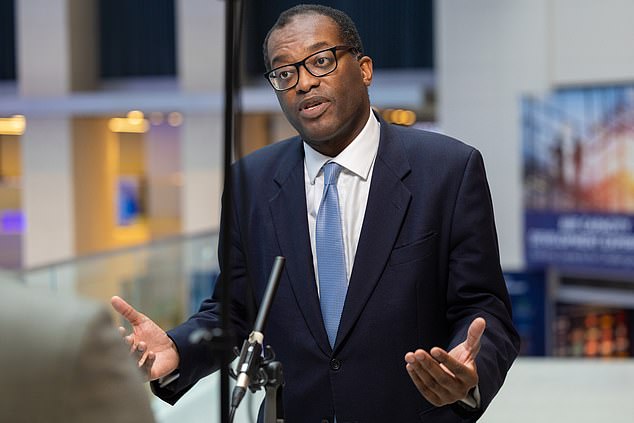 Chancellor Kwasi Kwarteng (pictured) and the PM are the closest of allies. But Ms Truss has already had to do a U-turn over his plan to scrap the 45p top tax rate. Another U-turn would raise questions over his future

Some Tory MPs also fear that the party would face ridicule if it changed leader again, and would face intense pressure to hold a general election.

What is the crunch point?

MPs on all sides believe the publication of the Government’s ‘medium term fiscal plan’ on October 31 is now central to the survival of both the PM and Chancellor. The dry-sounding document is designed to set out how the Government will balance the books in the wake of last month’s tax-cutting mini-Budget. Independent think tanks have suggested the black hole that needs to be filled could top £60billion.

Miss Truss has ruled out deep public spending cuts, and ministers are now examining whether parts of the mini-Budget may have to be dropped.

On November 3 the Bank of England is expected to announce a major rise in interest rates. Rebel MPs warn that if the PM fails to reassure the markets she could face an immediate leadership challenge. Allies believe that if she can weather the storm she can buy time to get the rest of her premiership back on track.

Could the plan to axe a rise in corporation tax be scrapped?

The PM publicly defended the plan on Wednesday, saying: ‘It would be wrong, in a time when we are trying to attract investment into our country and at a time of global economic slowdown, to be raising taxes.’ 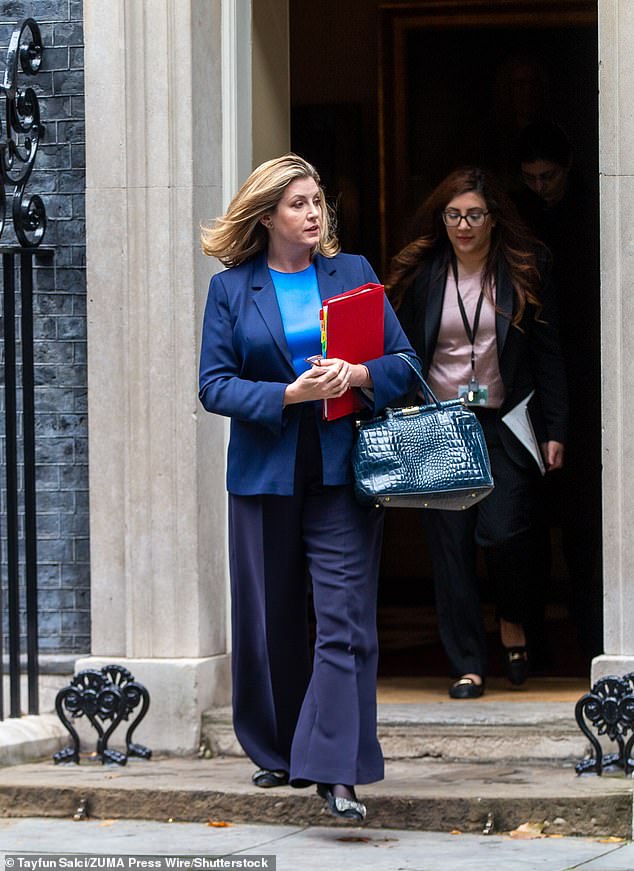 Senior Tory MPs are united in the belief that the two-month leadership contest went on far too long. Penny Mordaunt (pictured) is among the names being touted to take charge without a membership vote

Ditching the measure would be a humiliating climbdown for both the PM and Chancellor and a devastating blow to the Government’s growth agenda. But Chancellor Kwasi Kwarteng did not deny reports last night that it could be dropped, saying only: ‘Let’s see.’

How is Team Truss bearing up?

The Prime Minister has acknowledged that she should have ‘laid the ground better’ for the radical mini-Budget. But allies are deeply frustrated by the reaction to her plans. The PM believes the Government has been given too little credit for the £10 billion-a-month Energy Price Guarantee, which will help millions of households and businesses this winter, and which dwarfs any of the tax measures in the mini-Budget.

And Miss Truss’s allies say there has been too little focus on the international context, pointing out that European countries such as Germany and the Netherlands are facing double digit inflation and that interest rates are rising fast across the West.

Would there be a leadership contest if Miss Truss is ousted?

Senior Conservatives are united in their belief that the two-month leadership contest that Miss Truss won went on for far too long and could not be repeated at a time of national crisis.

Those plotting to remove the PM also fear that their favoured candidates would be punished by Conservative members. So rebel MPs are now discussing whether they could produce a repeat of the 2003 contest when rivals stood aside to allow Michael Howard to take charge without a membership vote. 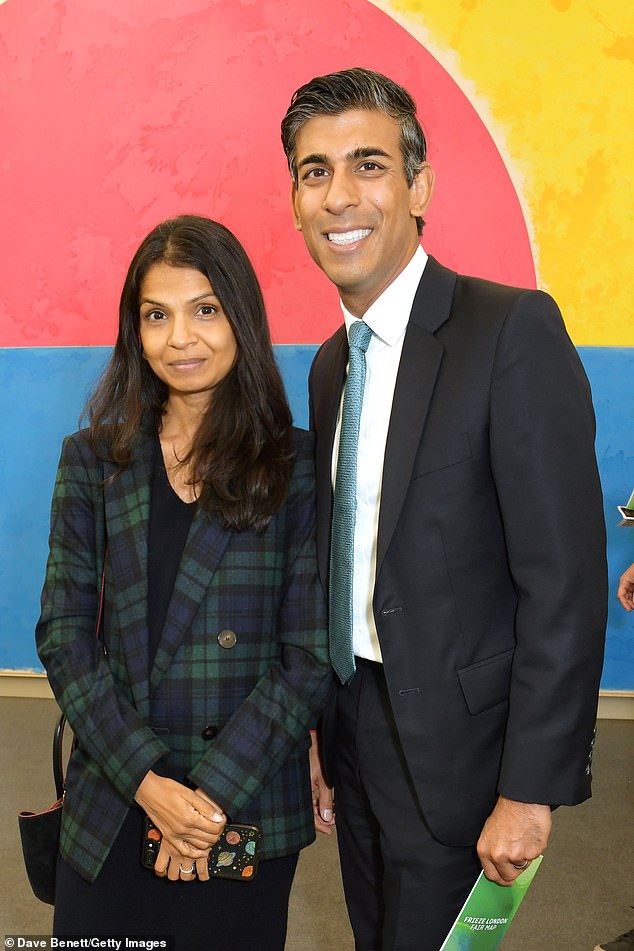 Rishi Sunak, pictured with his wife Akshata Murty, has also been discussed as someone who could take charge

Rishi Sunak and Penny Mordaunt are among the names that are being touted. But, with the wounds of the recent leadership contest still fresh, they are nowhere near the consensus needed to produce a so-called ‘coronation’.

Could Boris Johnson make a comeback?

As the outgoing leader, Boris Johnson was barred from standing in the last contest despite a grassroots campaign to have his name put on the ballot. But there is nothing in the Conservative Party rules to prevent him standing again if the PM falls. Supporters believe he is the only candidate who could reverse the Tories’ election fortunes, potentially saving the seats of dozens of Conservative MPs.

But a friend said the PM was still feeling ‘bruised’ by the coup against him and is keen to secure his finances by making money on the international speaking circuit. He is also facing a controversial Commons inquiry into his conduct during the Partygate affair. And critics warn that the faults which saw him forced out could be repeated if he is given another chance. 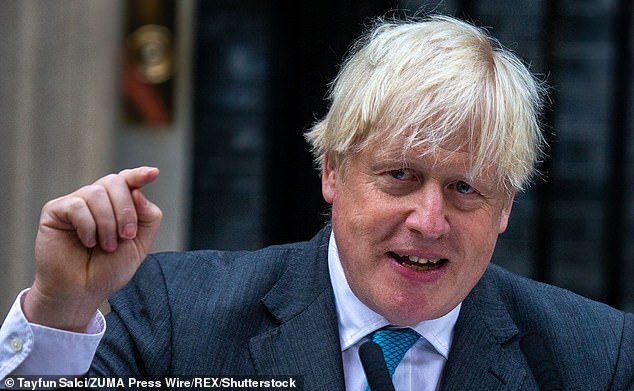 Will the Chancellor be sacked?

The PM and Chancellor are the closest of allies, with a friendship that stretches back years. They also share a clear belief that tax cuts are needed to jolt the economy out of years of stagnation.

Mr Kwarteng was informally offered the job in early August – almost a month before the PM won the leadership contest and the pair worked hand in glove as they drew up their growth plan in the following weeks.

But the PM has already forced Mr Kwarteng to U-turn over his plan to scrap the 45p top tax rate after being warned Tory MPs would join with Labour to vote it down. If he has to drop other key measures in his mini-Budget then he would face serious questions about his own credibility and might feel the need to resign. In extremis, the PM could sack him to save her own skin, but it would be a bitter blow.