The earthquake was very deep at 258 km, and struck 67 km north-northwest of Juliaca, according to the United States Geological Survey. 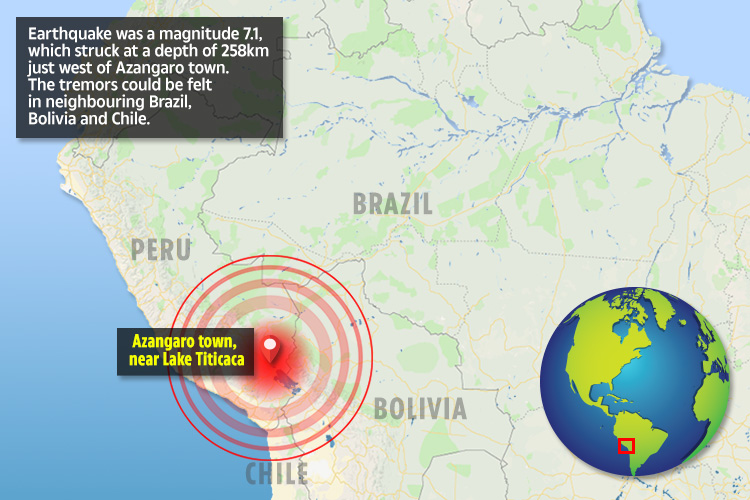 There were no immediate reports of casualties or damage.

Based on all available data a destructive Pacific-wide tsunami is not expected, the Pacific Tsunami Warning Center said.

The epicentre was near the border of Peru and Bolivia, 9km west of Azangaro town, near Lake Titicaca, which is the the largest lake in South America by volume of water and surface area.

A video posted to Twitter from near the epicentre shows a chandelier rocking but the home otherwise undisturbed.

The quake struck at approximately 8.50am.

Peru sits on the Ring of Fire – a long chain of volcanoes and earthquakes around the edge of the Pacific Ocean.

There are 452 volcanoes based in the 25,000-mile ring that stretches from North and South America to Japan and New Zealand.

Since 1850 about 90 per cent of the most powerful eruptions happened within this boundary, with many of the most damaging earthquake also centred around it.

The earthquake follows a week after a deep magnitude 7.5 earthquake struck the Peru-Ecuador border region, causing tremors that the Ecuadorean president said were felt around the country. 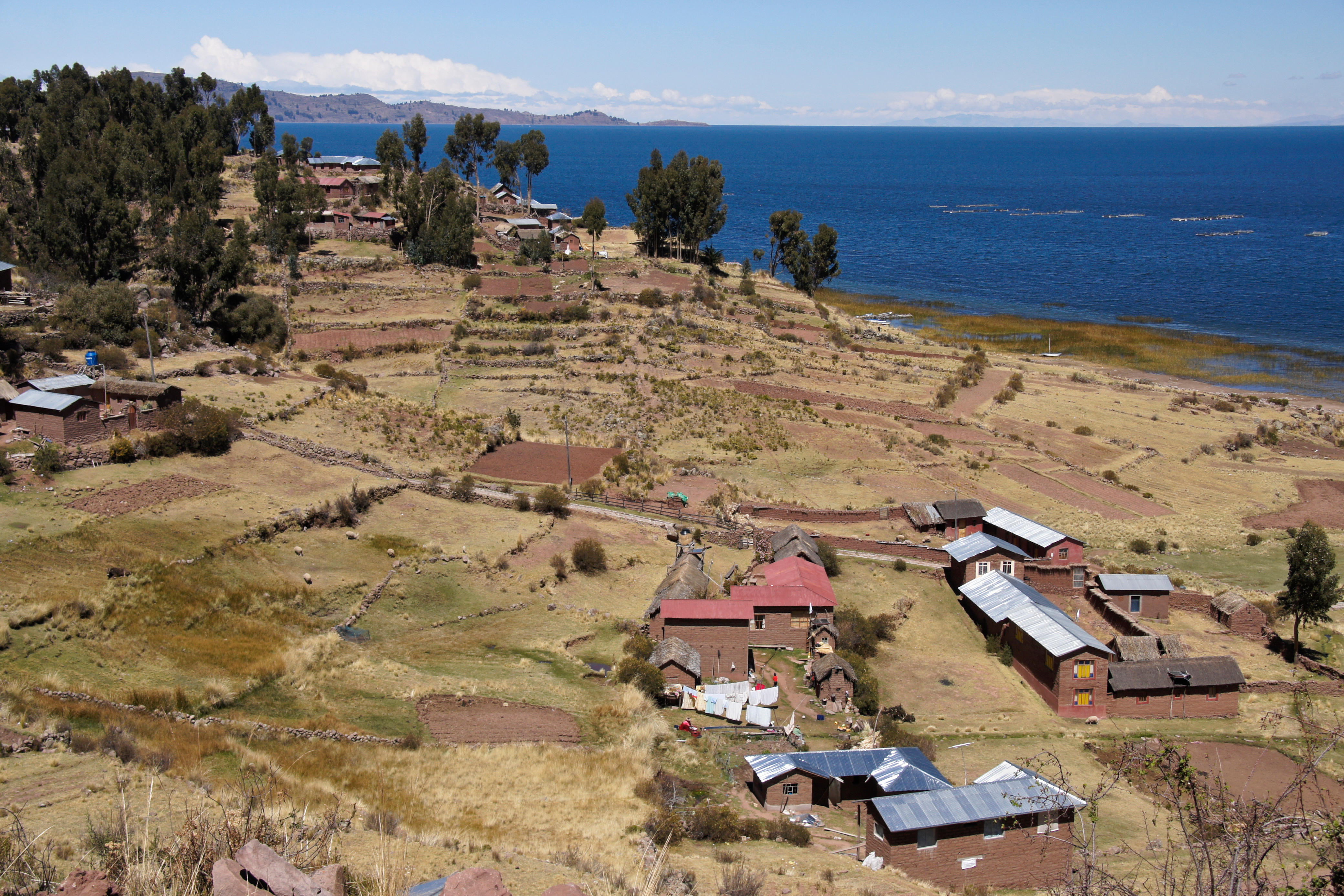