Veronica Nelson’s long-term partner has launched a wrongful death lawsuit against the state of Victoria and four others, alleging her death in custody breached human rights.

The Indigenous woman, 37, was found dead in her cell at Dame Phyllis Frost Centre in January 2020 after making repeated calls for help. 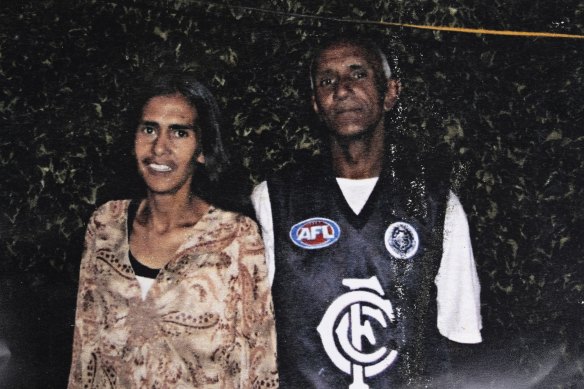 She had been arrested three days earlier on suspicion of shoplifting and was denied bail. An inquest last year was told she made more than a dozen calls to prison guards for help on the night she died.

Nelson’s partner of 20 years, Percy Lovett, has filed a civil claim in the Supreme Court against five parties including the state of Victoria, Corrections Victoria, the Department of Justice and Community Safety, Justice Health’s executive director and contractor Correct Care Australasia.

He is seeking aggravated and exemplary damages, and a court declaration that the five defendants breached the Charter of Human Rights and Responsibilities Act 2008.

He has alleged Nelson’s death was “caused or contributed to by the negligence, breach of statutory duty and/or wrongful acts or omissions of the defendants, jointly or severally”, court documents reveal.

Lovett has claimed all five defendants held a duty to prevent him from suffering mental harm.

“It was reasonably foreseeable that the plaintiff would suffer mental harm and/or injury in the event of the death of Nelson,” he alleges, in documents filed by the Victorian Aboriginal Legal Service.

The defendants’ failure to adequately investigate Nelson’s death had caused or contributed to his injury, he has further alleged.

“As a result of the negligence, breach of statutory duty, and/or wrongful acts or omissions of the defendants, the plaintiff has suffered injury, loss and damage,” the writ stated.

Victoria’s Department of Justice and Community Safety said it would be inappropriate to comment on the matter, as it was before the court.

“The death of Veronica Nelson is a tragedy, and our thoughts continue to be with her family and friends through this difficult time,” a department spokeswoman said.