Part-time gym worker wins £6,000 sexual harassment payout after she was left feeling ‘uncomfortable’ from overhearing male colleague bragging about his ‘every night of week’ sex life

A part-time gym worker has won a £6,000 sexual harassment payout after she was left feeling ‘uncomfortable’ when she overheard her male colleague bragging about his sex life.

While she was in earshot, Mr Sanders also told a male colleague that he believed a ‘woman should always swallow’ in an apparent reference to a sex act.

The complainant was today awarded compensation after an employment tribunal ruled that by making the comments, Mr Sanders had sexually harassed her.

The virtual hearing was told the woman was a student when she worked part-time at Functional Training Company, a gym in Ipswich, Suffolk. 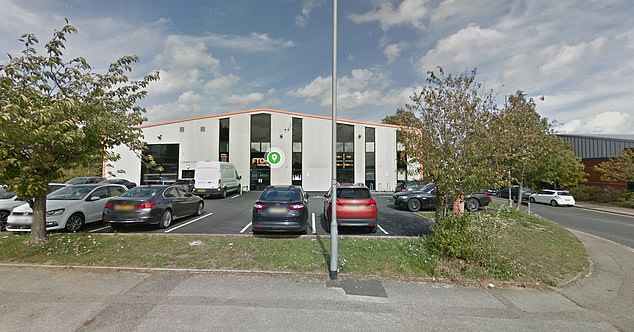 The woman claimed she heard commercial director David Sanders boasting he ‘wouldn’t take any less’ than a daily sexual encounter while at Functional Training Company, a gym in Ipswich (above)

Ms Newby was recruited to work ‘front of house’ for 20 hours per week, the tribunal heard.

On a Wednesday evening in April 2018, Mr Sanders was chatting with two male colleagues and the complainant.

She told the hearing that in this conversation, which made her uncomfortable, Mr Sanders said: ‘I used to get loads of women when I was younger before I met Katy and you wouldn’t believe what I used to do with them, but our sex is good.

‘Don’t you think Oliver that a woman should always swallow? Me and Katy go for it every night of the week. I wouldn’t take any less.’

She added that during these comments one of her other male colleagues ‘looked a little uncomfortable and didn’t respond’.

The woman said the other man in the room, who was standing by her at the time, reassured her that ‘not all men are like that’ as he knew that the comments had made her uncomfortable.

While Mr Sanders claimed he had ‘no recollection of such a conversation’, employment Judge Christopher Finlay decided that it most likely happened on the balance of probabilities.

He said: ‘We find that [these comments] did violate her dignity and created a hostile and offensive environment for her.

‘These were comments made when [she] was the only female present amongst a number of males. They were made by a senior member of staff with the title of ‘commercial director’.

‘We consider that it was reasonable for the comments to have had a significant impact upon her. The comments were clearly related to [her] sex and also of a sexual nature.’

He added that he did not criticise the woman for failing to raise a complaint about this sooner, as another female colleague had recently been dismissed and ‘she had reason to fear for her own job if she “rocked the boat” as she put it’.

The student also claimed that her dismissal was less favourable treatment because she was a part time worker, but the tribunal ruled that her boss, John Grindrod, decided to fire her for performance related issues.

The judge said: ‘The decision to dismiss was made by Mr Grindrod because of his perception, rightly or wrongly, that [the woman’s] performance was not up to standard.

‘The final straw for him was that he had heard that [Ms Newby] was going to leave anyway once she had become a fully qualified personal trainer.’

Ms Newby was awarded £6,000 in compensation for injury to feelings, after her complaint of discrimination by harassment related to her sex was successful.