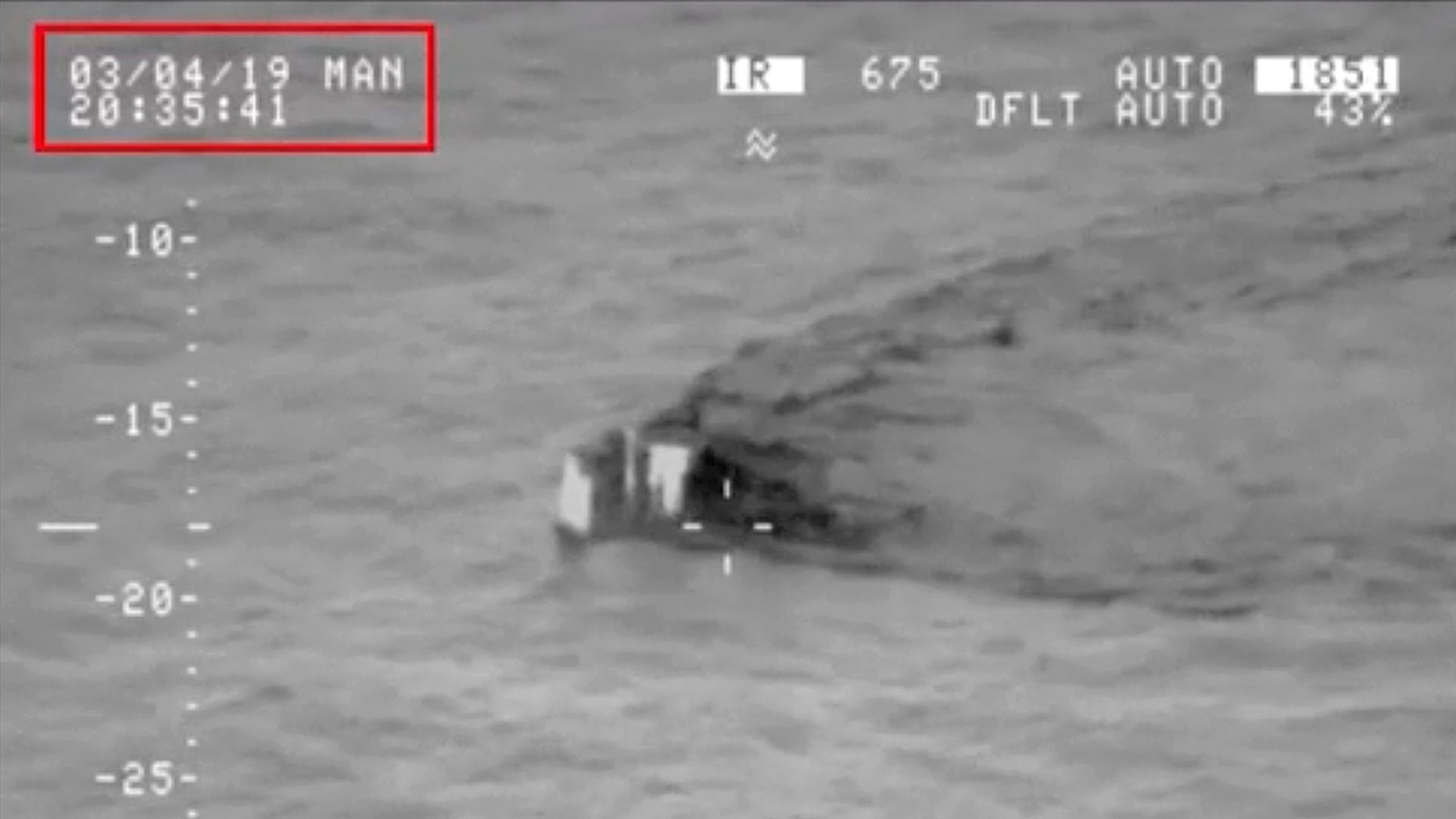 In this image made from video taken on March 4, 2019, and released on Tuesday, March 5, 2019, by the Pakistan Military, shows what they claim is an Indian submarine approaching its territorial waters in the Arabian Sea. Pakistan’s navy says the submarine was not targeted, "keeping in view Pakistan’s policy of peace" under which Islamabad wants to de-escalate tensions with New Delhi.
(Pakistan Military via AP)

Pakistan’s navy said on Tuesday that an Indian submarine approached their territorial waters in the Arabian Sea and warned against making an incursion.

The navy noted the submarine wasn’t targeted by the navy forces due to “Pakistan's policy of peace” and efforts to de-escalate the recent tensions that brought the nuclear-armed neighbors to the brink of war.

A navy official said the warning was “communicated” to the Indian submarine on Monday, prompting it to move away.

This is the latest incident between Pakistan and India in recent weeks, signaling that the two nations continue to be on high-alert.

The confrontation began last month following the Feb. 14 suicide bombing in the disputed region of Kashmir that killed more than 40 Indian paramilitary troops. The Indian government retaliated with an air strike on militant training camps inside Pakistan’s territory, the first such strike inside Pakistan since the 1971 war between the two countries, though Islamabad denied that such camps exist on its soil.

Pakistan returned the pilot in a high-profile handover on Friday as a “peace gesture” in a bid to avert further escalation with India, easing some tensions, though the Indian government said that the neighbor merely complied with the Geneva Conventions.

Another attempt to de-escalate the situation was announced on Tuesday, with Pakistan’s Interior Ministry saying 44 suspects were detained by authorities, including the brother of the leader of the outlawed Jaish-e-Mohammad group that India said was responsible for the suicide bombing attack.