Oxford academic, 63, who was forced to take ‘humiliating’ anti-harassment training after he tried to kiss female colleague loses legal battle with university 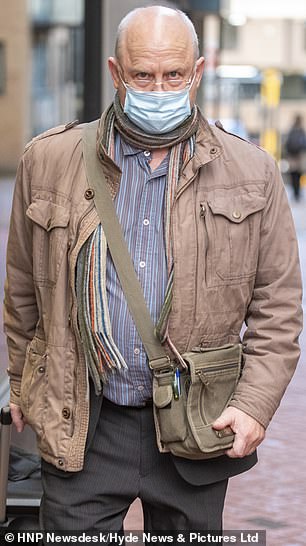 Oleg Iourin (pictured), 63, tried to kiss a female colleague after dropping her home but was cleared of sexual misconduct

An Oxford academic who was forced to take ‘humiliating’ anti-harassment training after a female colleague complained that he tried to kiss her has lost a legal battle with the university.

Oleg Iourin became enraged after he was cleared of making sexual advances but was still made to take the ‘insulting’ course anyway.

The 63-year-old said he had been the victim of ‘outrageous feminine complaints’ for his ‘clumsy’ and ‘unwanted’ actions.

But an employment tribunal has ruled that Oxford’s decision to send him for ‘equality and diversity’ training was justified given his behaviour.

A tribunal held in Reading, Berkshire, heard he was made to go on the ‘intensive one-to-one course’ to ensure he didn’t ‘misinterpret’ physical contact in the future.

The hearing was told Dr Iourin had worked as a post doctoral research scientist in structural biology at the institution for more than 20 years.

In 2016 the colleague, named only as Ms A, complained that he had harassed her by trying to kiss her in his car before leaving a note on her computer and giving her flowers to apologise.

In the note he wrote: ‘I have been a bit clumsy. Sorry. Hope you are not irritated.’

The university said that as the two worked in close proximity in the same laboratory, it would be best for Dr Iourin to work from home while the issue was investigated.

Dr Iourin said: ‘Can an attempt to kiss your friend after providing lift home be harassment?’ He argued his actions should be seen as ‘good will gestures between friends’.

The tribunal heard the university initially decided that Ms A’s claims of sexual harassment were not well founded.

However, after Ms A launched an appeal against the decision it concluded that while Dr Iourin’s behaviour was unwanted, it wasn’t sexual and he was allowed to return to work.

A university report into the matter said: ‘The chocolates and note from [DR Iourin] indicate a degree of remorse and embarrassment consistent with an attempted ‘clumsy’ kiss and also indicate a personality that is not likely to be aggressive in our view.

‘In summary, we find, on balance of probabilities, that there was an attempted hug and kiss and that (he) most likely did hold or touch [MS A] on her shoulder when he moved to kiss or hug her.

‘We do not find that this was forceful or aggressive.’ 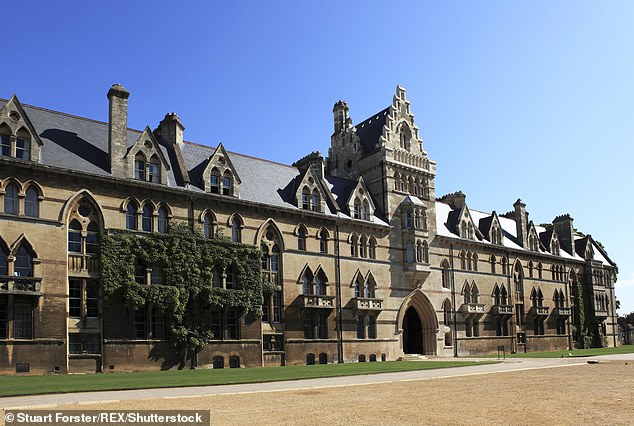 An employment tribunal has ruled that Oxford’s decision to send him on the training course was justified given his behaviour. Pictured, The Meadow Building, part of the University of Oxford’s Christ Church College

It added: ‘We accept [Ms A]’s evidence that this was unwanted conduct, but we do not find that it was of a sexual nature.

‘Both parties describe their relationship in familial terms, with (Dr Iourin) suggesting that [Ms A] was ‘like a daughter’ and [Ms A] stating she regarded (him) as ‘a grandfatherly type person’.’

Despite the findings and the fact he had been cleared, the university said that Dr Iourin would need to take an ‘equality and diversity’ training course.

The academic was furious that he was subjected to ‘humiliating and insulting’ anti-harassment training when Ms A, who he claimed made false statements faced no sanctions.

Dr Iourin, who had a ‘spotless’ record throughout his 23 years at Oxford then launched complaints against the university alleging sexual discrimination, victimisation and disability discrimination.

He wrote a letter supporting his claims in which he said: ‘[I] suffered a sex discrimination connected to manhood in cases of such outrageous feminine complaints or some other reason for discrimination.’

In his claim to the tribunal he argued: ‘Intensive one-to-one training about harassment was chosen for (Dr Iourin) to ensure to avoid misinterpretation of any physical contacts after 23 years of spotless employment at 63 years of age instead of apologies to the innocent person,’

‘(Dr Iourin) who proved his innocence from allegations of harassment and suffered severe injustice during the investigation, was subject to mobbing with request to undertake humiliating and insulting him training about harassment.’

However, Employment Judge Stephen Vowles rejected his claims, and said: ‘The requirement to undertake equality and diversity training, including training on harassment, was justified by the appeal outcome.

‘Harassment is commonly a part of equality and diversity training, and appropriate in this case as the grievance committee had found that there was harassment, though not amounting to sexual harassment.’

Employment Judge Vowles added that Ms A had not been required to undertake training as there was no finding of ‘unacceptable conduct’ on her part.

All the claims therefore failed and were dismissed.