The country’s most prestigious design museum today launches an exhibition of the logos and placards of eco-protestors Extinction Rebellion.

The Victoria and Albert museum’s Rapid Response collection Gallery is showcasing the Extinction Symbol symbol, the so-called ‘Declaration’ that accompanied an early demonstration, and flags carried during mass protests this spring.

The museum said the objects ‘reveal how XR has harnessed the power of open-source design to develop a coherent and impactful visual identity’.

It added that the designers ‘sought to foster a collaborative ‘do-it-together’ movement recognisable across the globe.’ 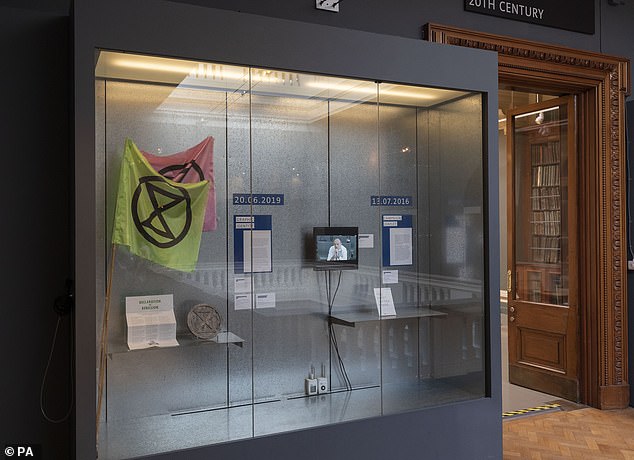 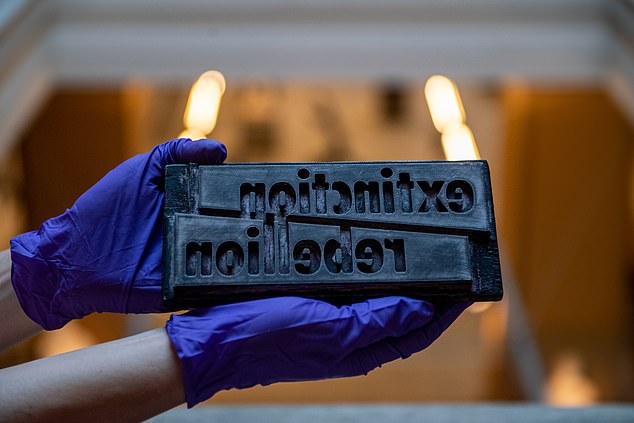 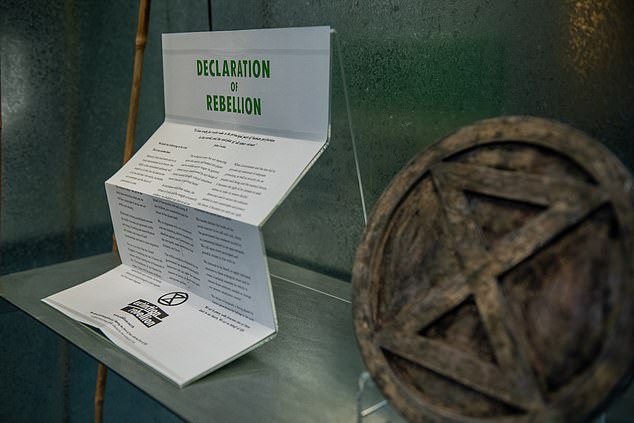 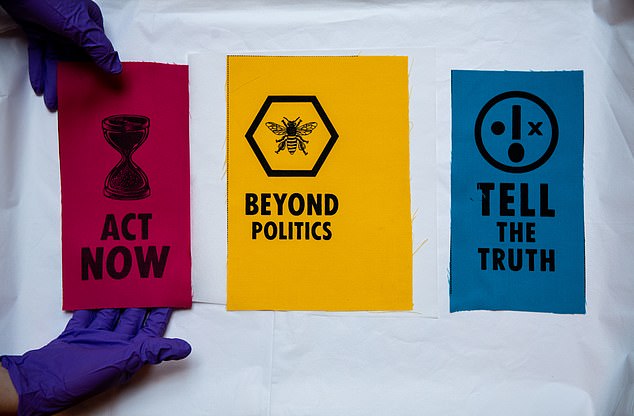 The V&A’s Rapid Response Collecting programme that enables the acquisition and immediate display of design objects that address questions of social, political, technological and economic change and since 2014 has grown to over thirty objects that chart the impact of contemporary design on the world today.

Corinna Gardner, Senior Curator of Design and Digital at the V&A, said: ‘Design has been key to Extinction Rebellion’s demands for urgent action on climate change.

‘The strong graphic impact of the Extinction Symbol alongside a clear set of design principles have ensured that their acts of rebellion are immediately recognisable.

‘Punchy colours, woodblock prints, and carefully worded slogans available for download empower members of the public to produce their own creative responses that collectively amplify the XR’s call to action.’

She added that Extinction Rebellion’s design approach ‘stands in relation to earlier protest movements such as the Suffragettes who encouraged the wearing of purple, green and white to visually communicate their cause.’ 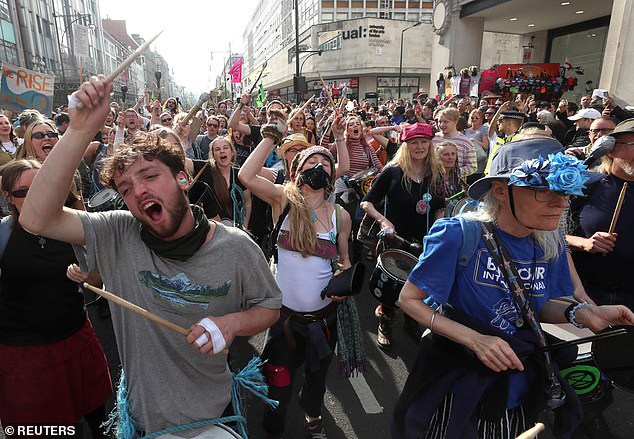 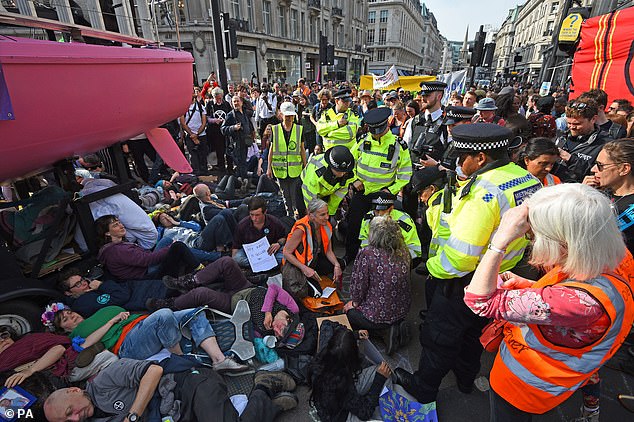 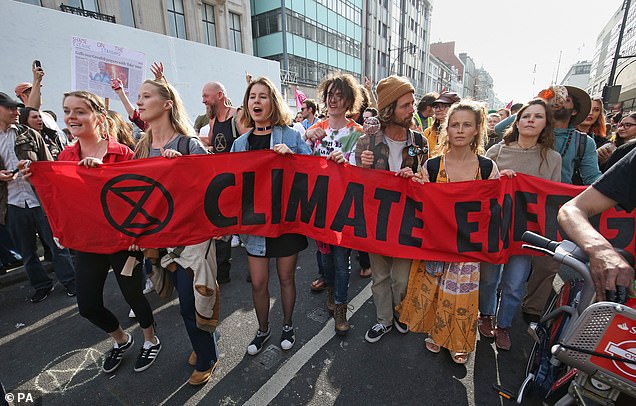 Clive Russell, Extinction Rebellion Arts Group, said: ‘The climate and ecological emergency is the issue of our time and art and design is crucial to our non-violent actions and communication. We call on all artists and designers to think beyond the bullying constraints of commercial drudgery and join us in rebellion.’

The museum described XR graphics as a balance of ‘joy and menace’ noting they often juxtaposed imagery of the natural world with more sinister images of skulls and bones.

The display will include a digital file of the Extinction Symbol, the first printed pamphlet issued by XR outlining its ‘Declaration of Rebellion’, and two printing blocks of the symbols used by protestors to make their own protest flags, posters and banners.

It will also feature six brightly coloured screen-printed patches bearing the group’s slogans including ‘Tell the Truth’, Rebel for Life’ and ‘Beyond Politics’.