NICOLA Sturgeon today threw down the gauntlet to Boris Johnson to fight her in a second independence referendum.

The "obsessive" First Minister is publishing a provocative bill to hold a fresh vote on October 19 next year. 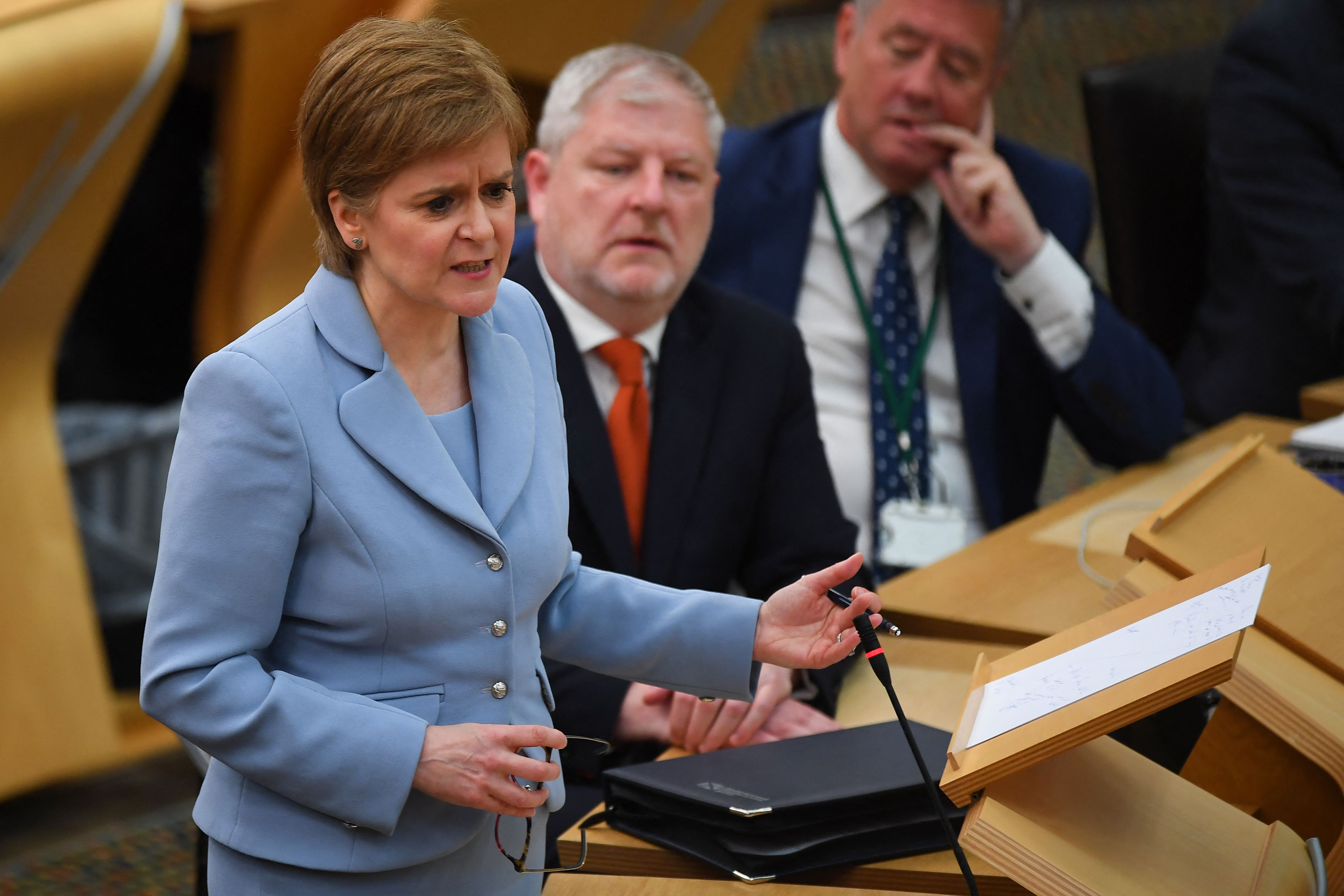 She is seeking a Supreme Court ruling on whether she can hold a vote without government consent.

No vote can take place without Westminster's say so, and the PM has repeatedly swatted away Ms Sturgeon's relentless calls for another crack.

But the Nat leader today announced a "consultative vote" to pile pressure on Downing St.

Under her bill the referendum question would be the same as 2014: "Should Scotland be an independent country".

She said: "My determination is to secure a process that allows the people of Scotland, whether yes, no or yet to be decided, to express their views in a legal, constitutional referendum so the majority view can be established fairly and democratically.

"The steps I am setting out today seek to achieve that."

She goaded the PM to approve a second referendum and accused him of holding Scottish democracy as a "prisoner".

Urging him to agree to a Section 30 she raged it was "unacceptable democratically that the route to a referendum has to be via the courts rather than by co-operation between the UK and Scottish governments".