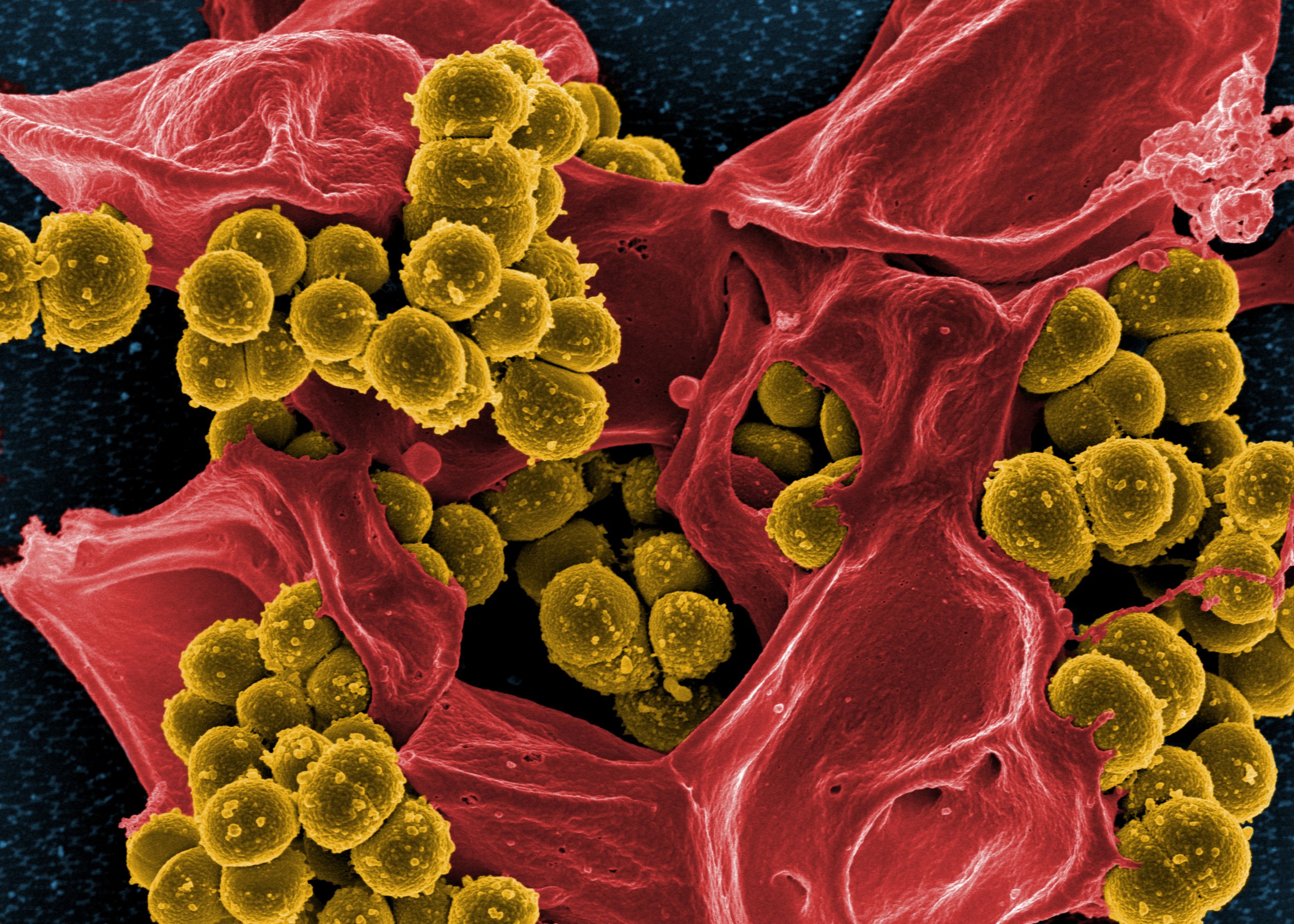 A highly antibiotic-resistant strain of the superbug MRSA could theoretically jump to humans.

The strain emerged in livestock over the last 50 years and a new study has looked at how dangerous it could be.

Called CC398, the strain has become the dominant type of MRSA in European livestock. Which is probably due to the widespread antibiotic use in pig farming.

It’s also a growing cause of human infections, researchers say.

The study found that CC398 has maintained its antibiotic resistance over decades in pigs and other livestock.

It is capable of rapidly adapting to human hosts while maintaining this antibiotic resistance.

Scientists say the findings highlight the potential threat this strain of MRSA poses to public health.

It has been associated with increasing numbers of human infections, both in people who have and have not had direct contact with farm animals.

Dr Gemma Murray is a lead author of the study, previously in the University of Cambridge’s Department of Veterinary Medicine and now at the Wellcome Sanger Institute.

She said: ‘Historically, high levels of antibiotic use may have led to the evolution of this highly antibiotic resistant strain of MRSA on pig farms.’

‘We found that the antibiotic resistance in this livestock-associated MRSA is extremely stable – it has persisted over several decades, and also as the bacteria has spread across different livestock species.’

While antibiotic use in European livestock is much lower than it used to be, the researchers say ongoing reductions on pig farms – due to recent policy changes – are likely to have a limited impact because the strain is so stable.

The strain is most commonly associated with pigs but it is also found across a broad range of species.

Researchers say its rise has been particularly evident in Danish pig farms where the proportion of MRSA-positive herds has increased from less than 5% in 2008 to 90% in 2018.

MRSA does not cause disease in pigs.

Dr Lucy Weinert from the University of Cambridge’s Department of Veterinary Medicine and senior author of the paper, said: ‘Understanding the emergence and success of CC398 in European livestock and its capacity to infect humans is vitally important in managing the risk it poses to public health.’

Due to its resistance to antibiotics it is much harder to treat than other bacterial infections and the World Health Organisation now considers it one of the world’s greatest threats to human health.