­­­­­­A couple on a ‘millionaires’ playground’ estate have criticised their neighbour’s plans to build a landscaped hill and a building to house staff – because they could overlook their swimming pool and tennis court.

Robin Fraser and his wife Farideh claim that Patrick Riley’s scheme to develop his garden in Oxshott, Surrey, would mean their privacy would be invaded.

But Mr Riley, a 58-year-old charity chairman who made his millions in the bathroom business, branded the objection ‘too ludicrous for words’ and said he had already offered to screen off the development with a 16-feet high hedge. 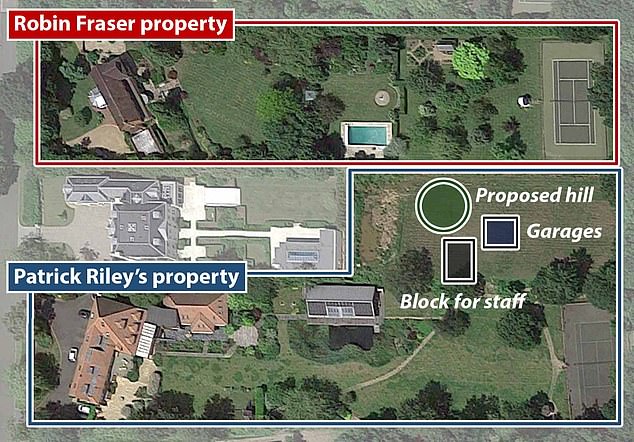 This graphic shows the boundary between the properties owned by Robin Fraser, outlined in red, and Patrick Riley, outlined in blue. Mr Fraser claims the proposed hill, garages and staff block will overlook his tennis court and swimming pool 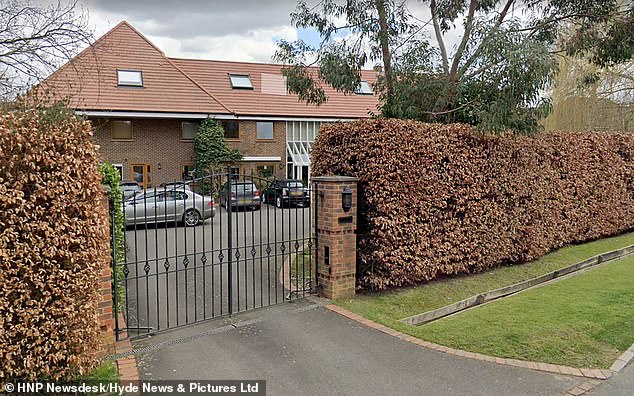 Patrick Riley’s house from the road. Elmbridge Council’s planning committee will reach a decision on his plans after the deadline for objections closes on May 29

‘It is just a nonsense,’ he said. ‘There are guidelines on the estate and in planning – we are breaching neither.

‘We did a calculation on angles and offered to plant a hedge, and that was not good enough. In his complaint he actually said it is because he might want to sub-divide and build something in his own garden in the future.

‘I mean, it is too ludicrous for words. I tried with him and then, to me, that was being unreasonable.’

The Rileys and the Frasers both live in plush gated homes with extensive gardens just a stone’s throw from tennis star Andy Murray and the former Chelsea footballer John Terry.

The Frasers believe that staff living in the proposed new glass-fronted building above a trio of new garages will be able to look into their garden, as will people climbing onto the hill.

As a result, they said in objection letters the plans would result in an ‘unacceptable loss of privacy’.

Mr Fraser, 79, was a partner in management consultancy at PricewaterhouseCoopers (PwC) and co-founded the Beyond Budgeting Roundtable, which helps businesses write their budgets. 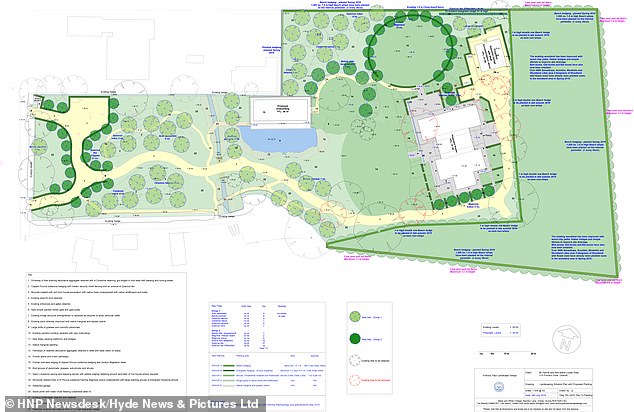 Pictured are Mr Riley’s plans for his garden. The hill is the large circle at the top with the garage on the right and the larger block for staff below. 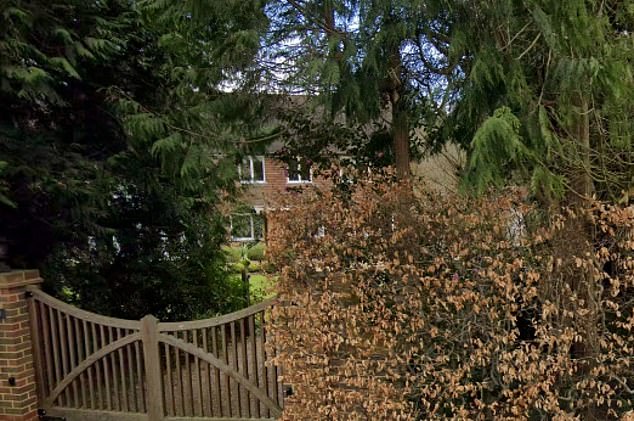 He lives with his wife on a 1.8-acre plot, two houses north of the Rileys, and wrote in a letter of objection: ‘The living room window on the first floor of the proposed staff quarters and the external staircase both overlook our tennis court and back garden. 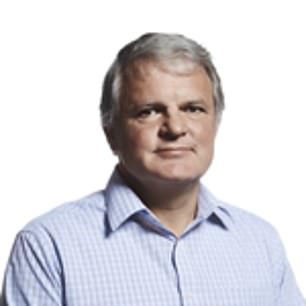 Mr Riley made his millions in the bathroom business

‘At the other end of our shared boundary, the Rileys propose to make a small hill that would be about 1.5 metres (5ft) high. That would be 30cms (12in) below the top of the fence.

‘This would cause us an unacceptable loss of privacy, because it would overlook our (outside) swimming pool and back garden. In addition to that, it would increase the flood risk in our neighbourhood and create drainage problems.’

Mr Fraser also noted that the Rileys had recently extended their land to 3.6 acres by buying a nearby area of woodland, so should have plenty of space to build without overlooking his property.

The Rileys offered to plant a row of oak trees to screen off the new development, but the Frasers – who have lived at their house for 38 years – objected because it would take ‘many years’ for them to grow. 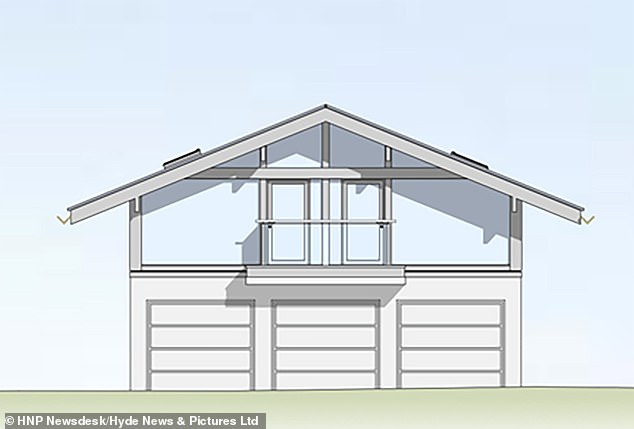 This image – taken from planning documents – shows the proposed staff block, which is fully glass fronted at the top

In a list of alternatives, they said the staff quarters should either be made as a one-storey building, swivelled by 90 degrees so the glass wall faced into the woodland, or moved elsewhere.

Mr Riley, who set up a bathroom supply chain called Bathroom Brands in 2005, previously tried to build two houses on his plot in August 2017, but was refused planning permission.

Elmbridge Council’s planning committee will reach a decision after the deadline for objections closes on May 29.