The mystery surrounding downed flight MU5735 has deepened after evidence emerged the aircraft may have started to fall apart mid-air.

Crash investigators are working to establish what happened to the China Eastern Airlines flight which crashed to the ground on Monday, killing all 132 on board.

The service was travelling between Kunming to Guangzhou at a cruising altitude when it suddenly nosedived at around the time it should have began its descent.

It appears to have plummeted vertically, falling 29,100ft in two and a half minutes and before leaving a large crater in the ground.

Human remains, belongings and debris have been found scattered over a wide area close to where the Boeing 737-800 hit a forested slope in China’s Guangxi region.

Zheng Xi, head of the local fire and rescue department, said no evidence of common explosives had been detected amid the wreckage.

A local government official said more than 2,000 people were combing for clues across a 200,000 square metre site. 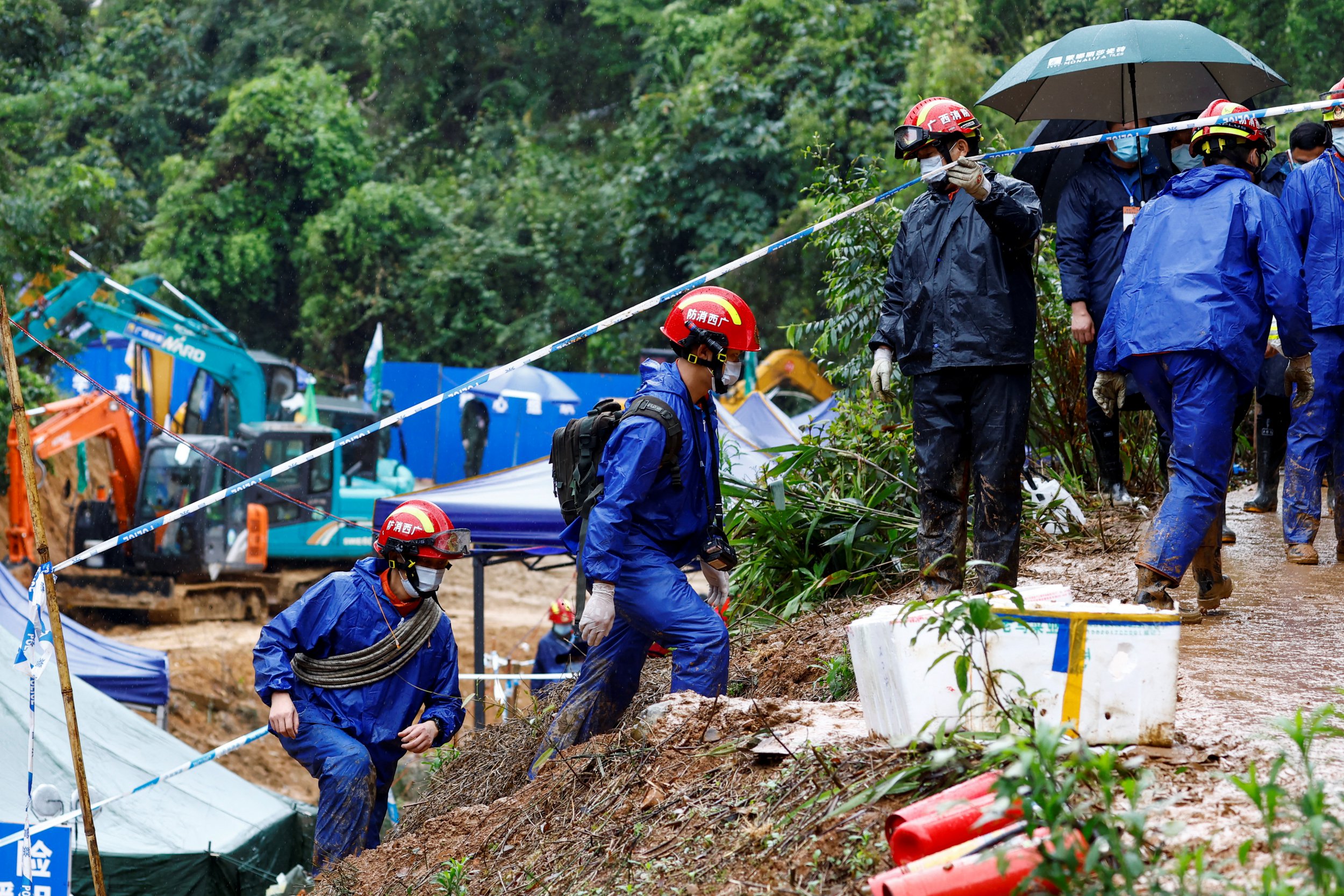 The search area had to be expanded after a four foot fragment suspected to be from the plane was found six miles from the main investigation scene.

Jeff Guzzetti, former chief of accident investigations at the US Federal Aviation Administration, said it raised further questions about the incident.

He told MailOnline: ‘In my view, that’s the aircraft shedding parts as it’s coming down. The questions are, exactly what piece was it and when did it come off?’

China’s first major air tragedy in more than a decade has prompted a review of safety procedures by the government and baffled air crash investigators.

Flight data recovered from the black box recorder is being analysed in Beijing but may take up to a fortnight to be made public, according to Chinese state media.

Mao Yanfeng, an official at the Civil Aviation Administration of China (CAAC), said: ‘Currently, we cannot determine the exact time needed for the data downloading and analysis of the black box already recovered.’

A second black box has not been found but the search appears to be getting closer after an emergency location transmitter which had been installed close to the flight data recorded was recovered.

The crash investigation is being led by China but the United States was invited to take part because the Boeing 737-800 was designed and manufactured there.

According to flight tracking website FlightRadar24, the plane briefly appeared to pull out of its nosedive, before plunging again.

Authorities said the pilots did not respond to repeated calls from air traffic controllers during the rapid descent.