A MOTHER was shocked when her six-year-old daughter drew a family portrait complete with sketches of their private parts.

The Lancashire mum was left in hysterics at her eldest child's drawing, and a Facebook post about the hilarious picture has since gone viral. 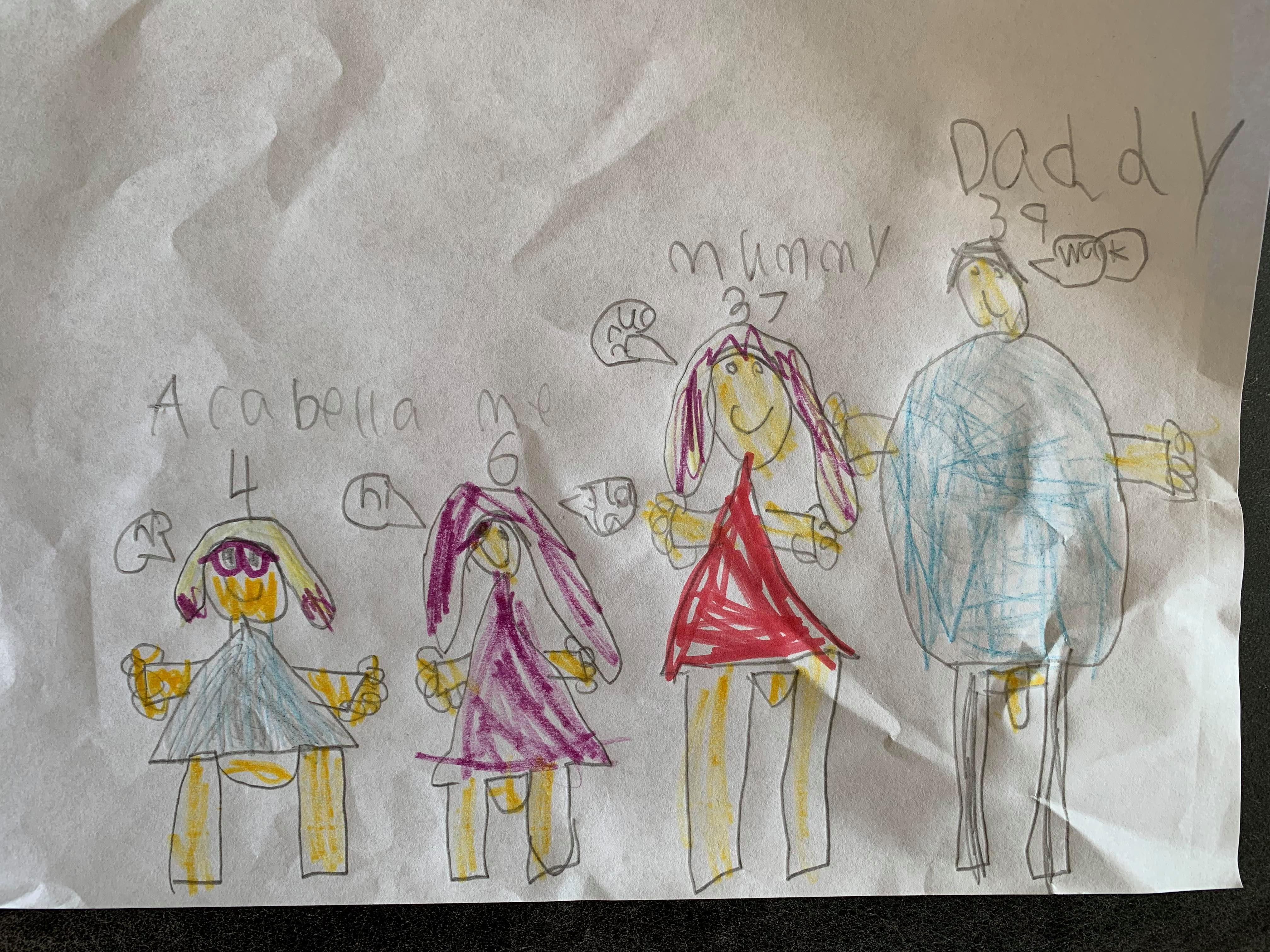 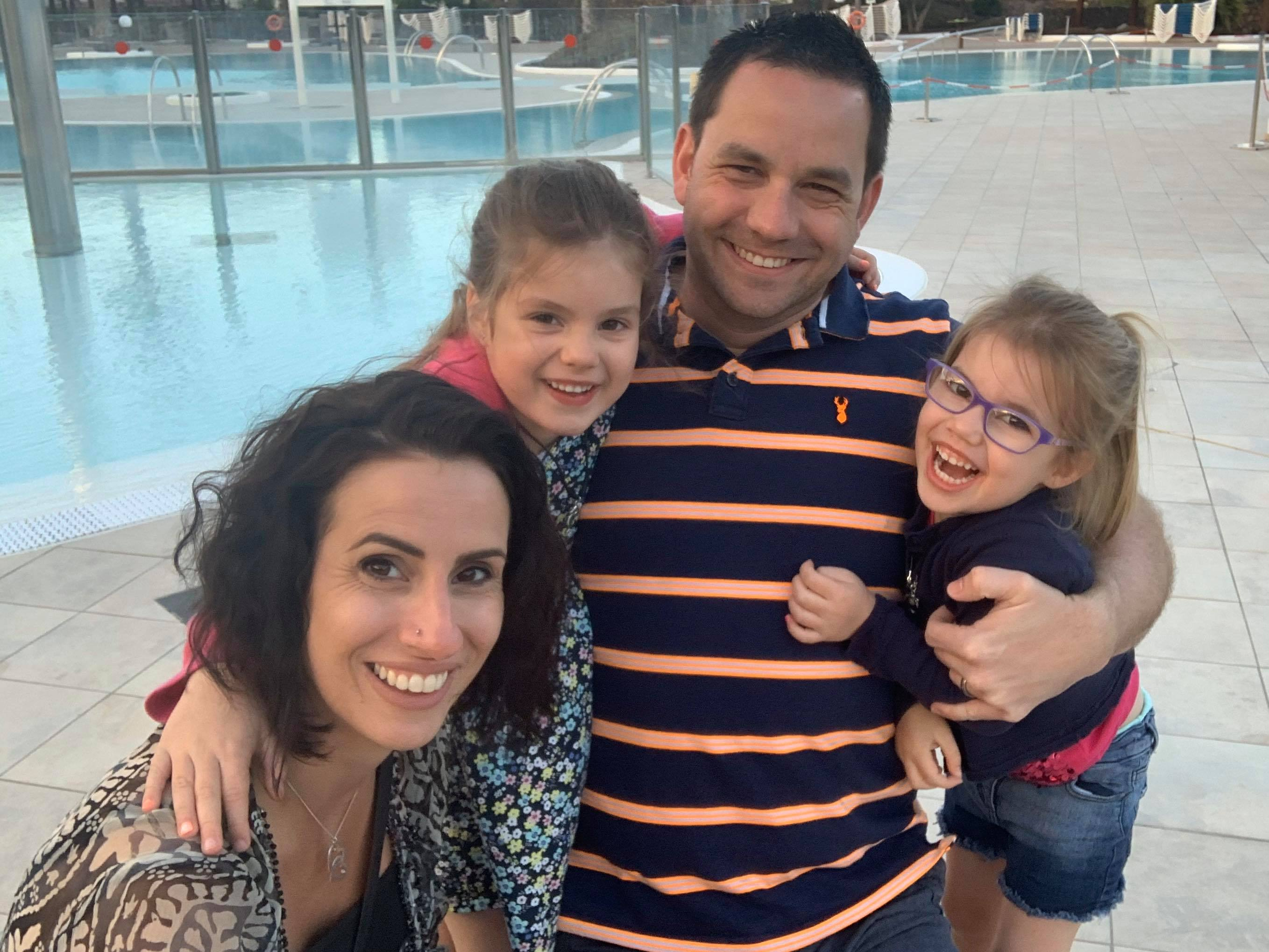 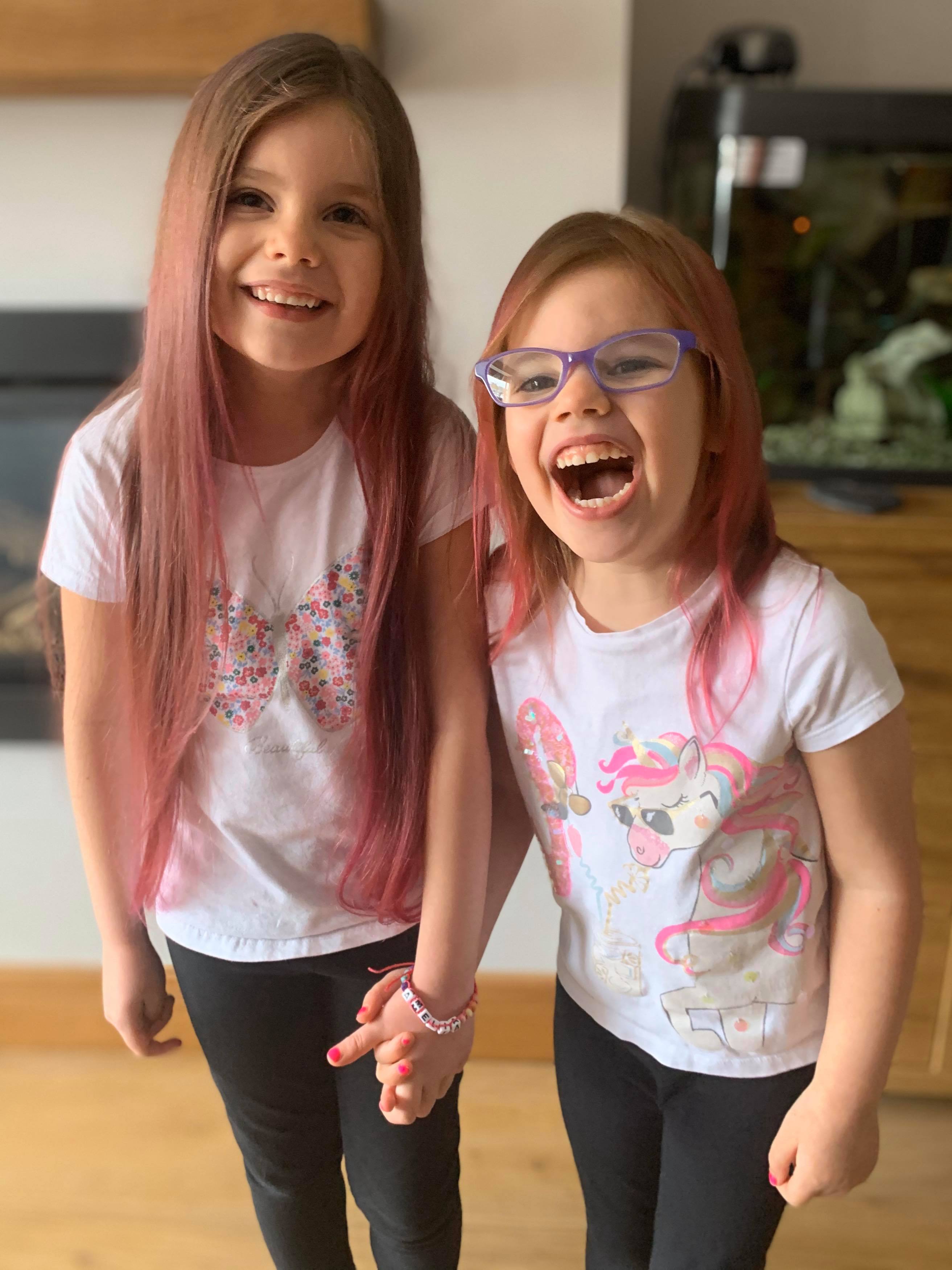 Jane Green, from Langho, said she “nearly spat my brew out”, when she saw that her daughter, Amelia, had drawn a family portrait that included sketches of their vaginas and penises.

The mum-of-two had told her children to do some drawings while she had a cup of tea.

Her oldest daughter, Amelia, was excited to show her mum her portrait of their family – her, Jane, father Andy and four-year-old sister Arabella.

Ms Green uploaded a picture of the portrait to her Facebook page which has since gone viral, getting over 43K likes.

Speaking about what happened, she said: “The kids were being nonstop.

“I asked them to go and do some drawing whilst I had a brew and 5 minutes of peace.

“I was having my brew and Amelia ran in to proudly present me with a family portrait. I nearly spat my brew out. Especially when I saw Daddy!

"I obviously praised her on her fantastic drawing, but reminded her that we shouldn’t draw people with their front – or back for that matter – bums out!” 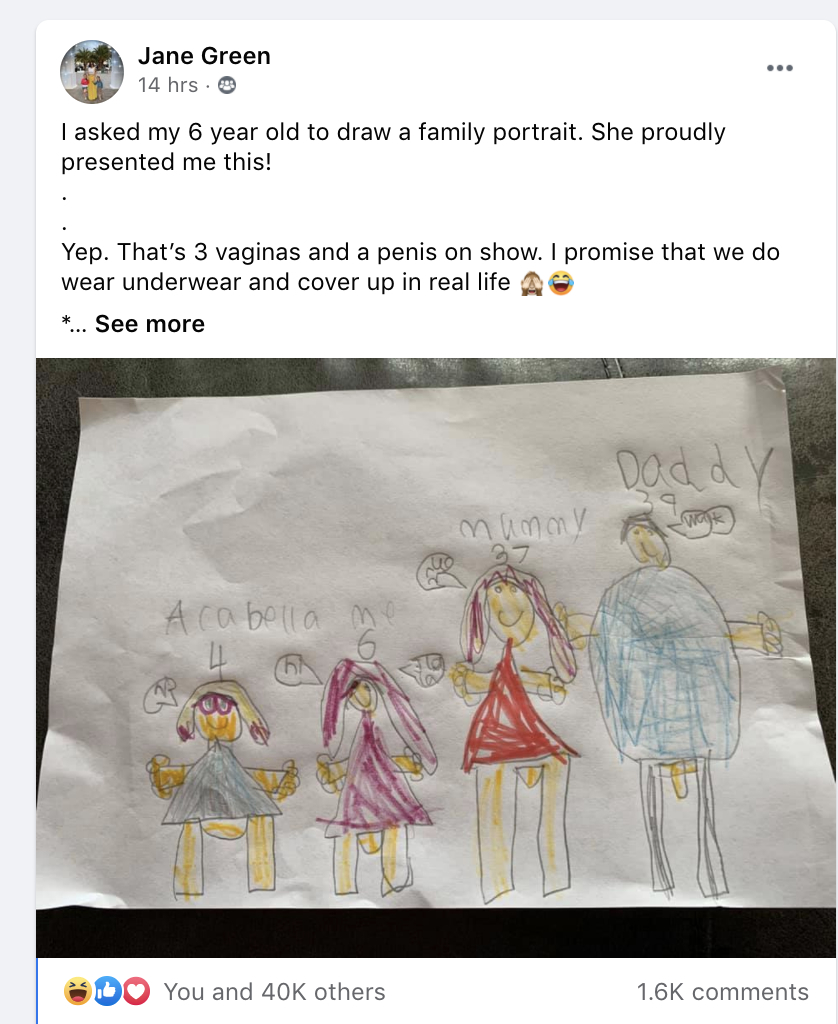 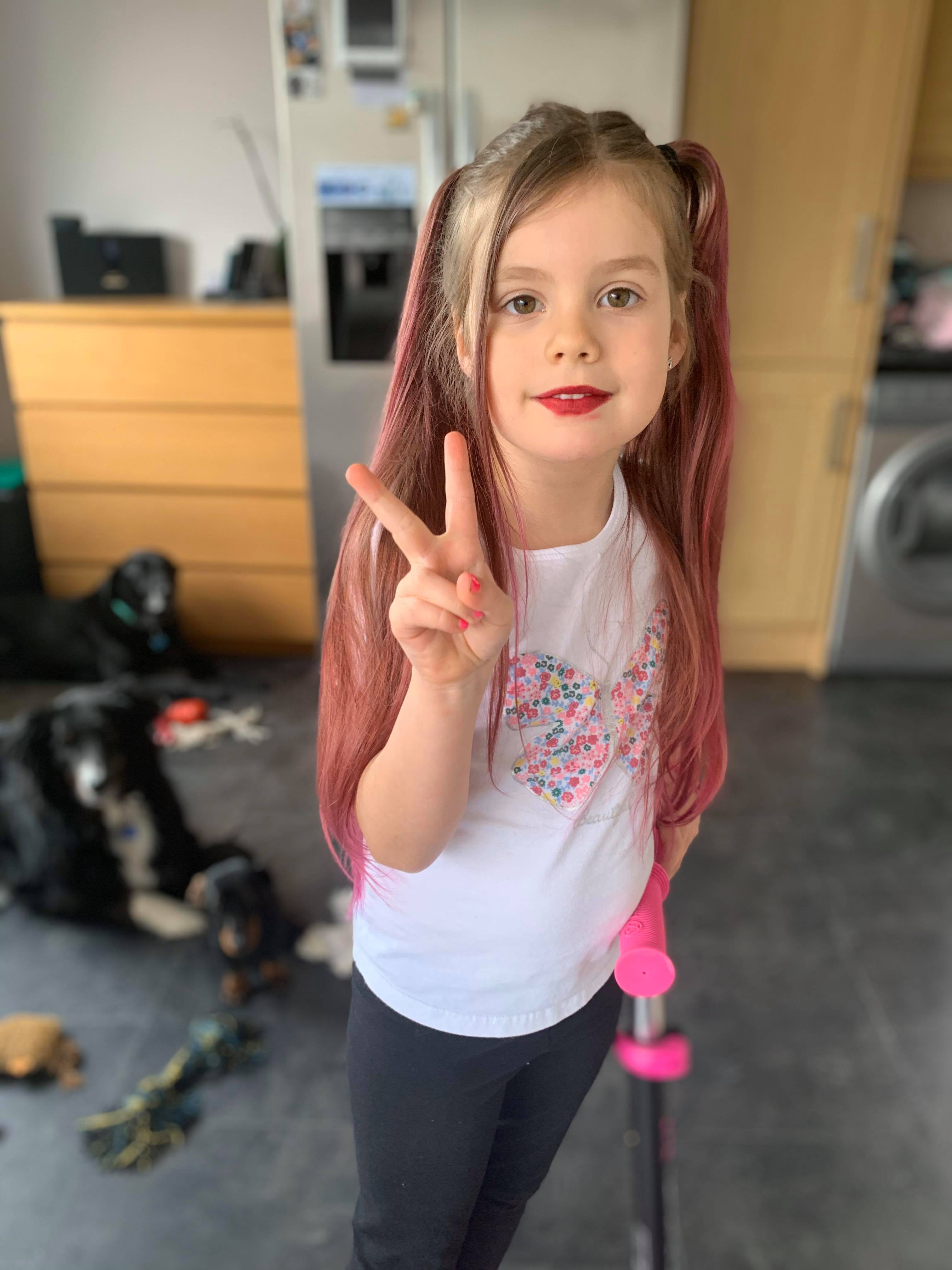