Mystery mother of newborn baby girl whose body was found at Bradford household recycling centre wrapped in a pink towel may have faced a ‘difficult labour’, inquest hears

The mystery mother of a newborn baby girl whose body was found at a household recycling centre in Bradford wrapped in a pink towel may have faced a difficult labour, an inquest heard yesterday.

The baby was discovered on a conveyor belt by worker Adam Ferguson at the Bowling Back Lane Household Waste Recycling Centre in Bradford, Yorkshire, on August 20 last year.

She was wrapped in a towel with a map of the Spanish island of Fuerteventura in yellow on a purple background.

Despite months of investigations by detectives, West Yorkshire Police have been unable to find the girl’s mother.

The force said ‘numerous’ women’s names had been put forward by the public and various professionals, but all those were eventually ruled out.

The hearing was told that the girl was fair-skinned and had a full head of brown hair. She appeared to be full-term. Her body had suffered injuries that were deemed to be consistent with having been in a bin lorry.

Post-mortem examinations by pathologists Professor Marta Cohen and Dr Kirsten Hope had concluded that the cause of the baby’s death could not be ascertained.

In a joint report, pathologists have now said the evidence points to a ‘difficult labour’ for the mother. 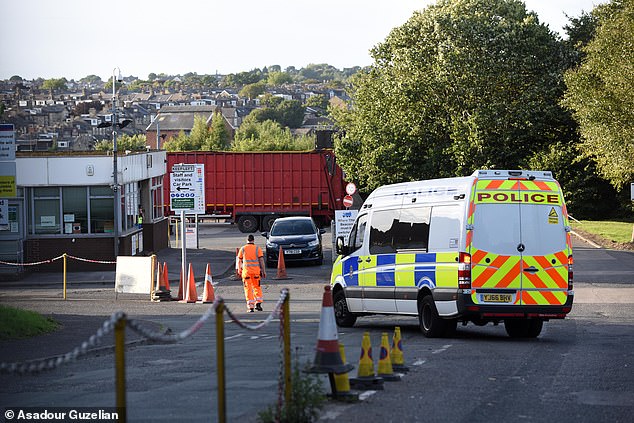 The newborn baby girl’s body was found on a conveyor belt by worker Adam Ferguson at the Household Waste Recycling Centre in Bradford, Yorkshire. Pictured: police arriving at the recycling centre on Bowling Back Lane on August 20 last year 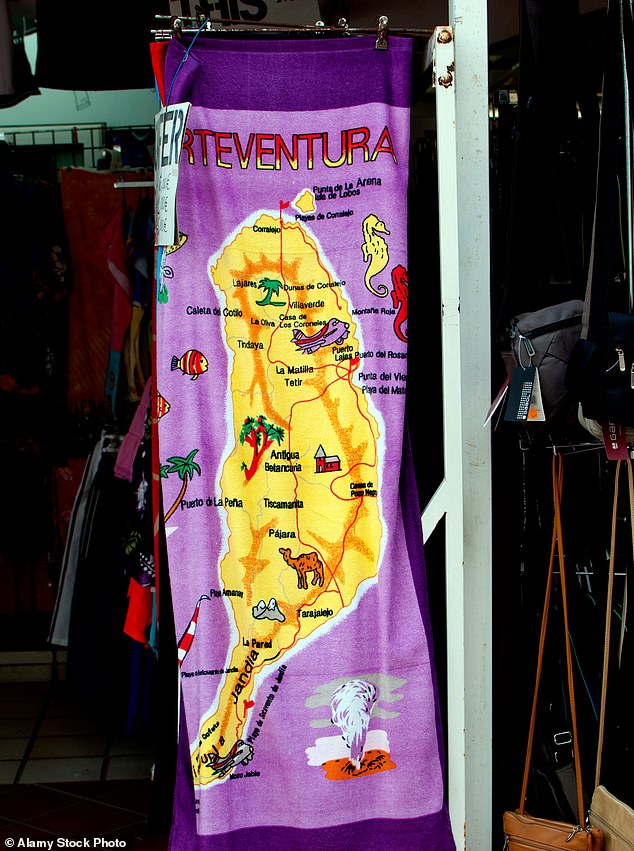 They said that the child had ‘potentially drawn breath’ but it was not possible to say whether this happened during or after she was delivered.

Tests also revealed a genetic abnormality of the heart, but pathologists concluded it wasn’t possible to say if this had led to neonatal (newborn) death.

Det Sgt Townend said extensive inquiries had been carried out in an effort to trace the mother but to no avail.

The towel had been tested for DNA but this had come to nothing, and blood on the object all related to the baby, he said.

The officer said the main focus was on the welfare of the mother, given the evidence of the difficult birth.

Checks had been made on vulnerable mothers and discussions had taken place between police and midwifery teams.

He said ‘numerous names’ had been suggested to police and all had been ruled out. 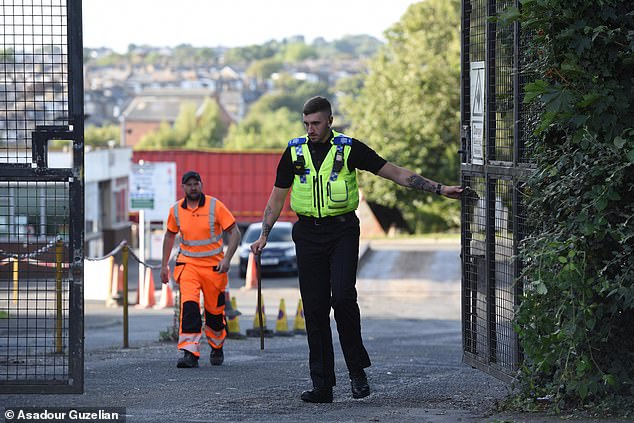 An officer opens the gates at the household waste recycling centre on August 20 last year. Pathologists have now said the evidence points to a ‘difficult labour’ for the mother 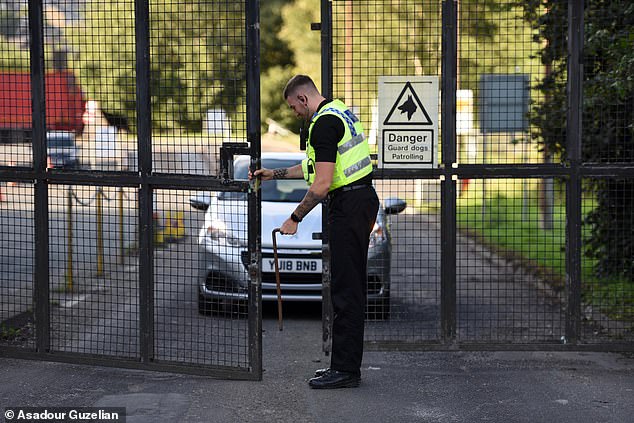 Police pictured at the recycling centre last year. Despite months of investigations by detectives, West Yorkshire Police have been unable to find the girl’s mother

Det Sgt Townend added that a leaflet drop had been carried out in two areas of Bradford where two big wagons had visited before calling at the depot, yet no names had been put forward.

It was not possible to narrow waste collection points any further.

In a narrative verdict, assistant coroner Angela Brocklehurst said the evidence in the case was limited to the circumstances around the discovery of the child and medical details relating to possible causes of death.

She said: ‘No evidence has been discovered as to the date and time and place of the child’s real death, therefore those questions remain to be answered.

‘The medical evidence we have fails to answer the questions how and by what means did this child come by her death, in one way or another, or not.’ 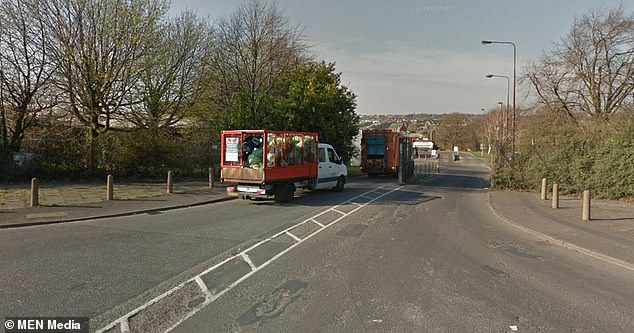 Bowling Back Lane, the road on which the recycling centre is located, pictured above. The baby’s body had suffered injuries deemed to be consistent with having been in a bin lorry

She said evidence had been heard about whether the child had been able to draw a breath and, if so, when.

The coroner added: ‘Was it in the process of delivery or after complete delivery by the mother?

‘Sadly, in the absence of a placenta, despite searches being made, neither pathologist has been able to determine an answer to that question or determine at what point the child’s life came to an end and for what reason.’

Ms Brocklehurst said DNA samples of the child had been kept for future reference, adding: ‘The only facts arising from the evidence are that an unidentified child has died at an unknown time and place from an unknown medical cause of death.’

She thanked West Yorkshire Police and the two pathologists for their extensive work on the case.