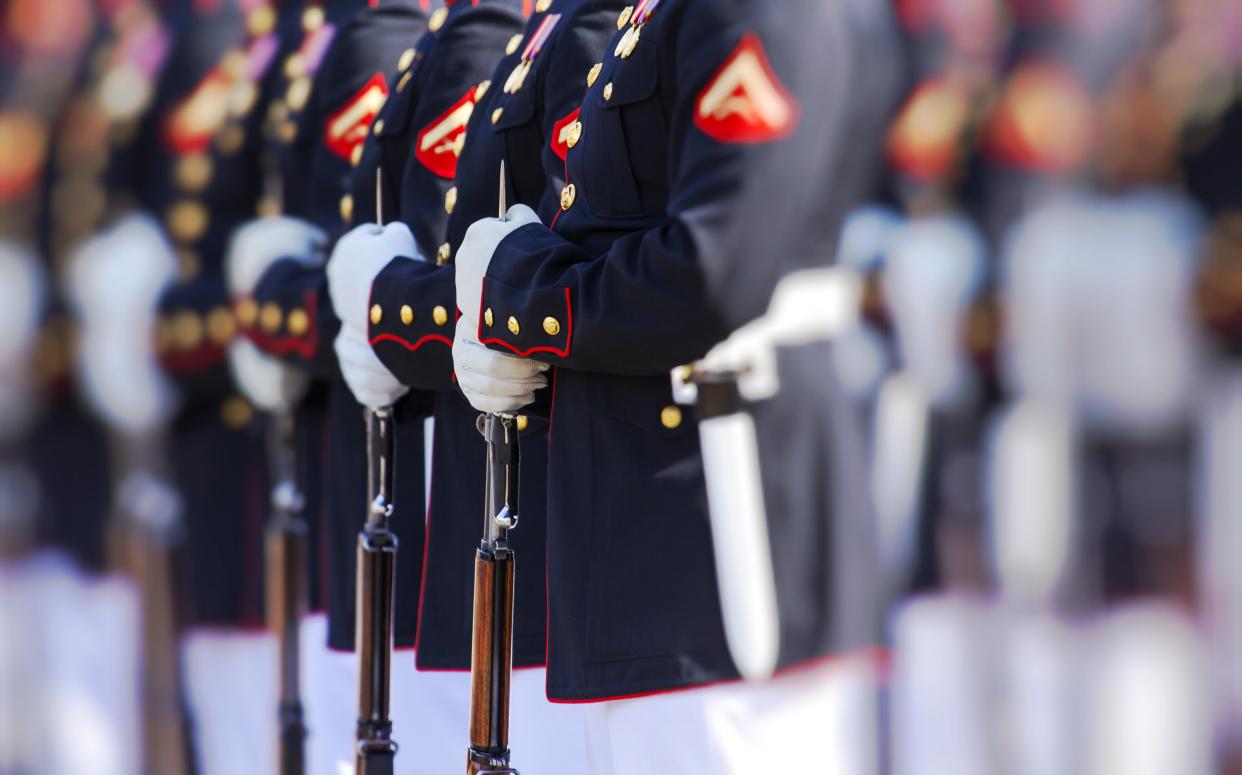 WASHINGTON (AP) — The Marine Corps discharged 66 Marines in the past week for refusing to get the coronavirus vaccine as mandated by the military, outpacing the other services at discipline related to the shots.

The latest Corps actions, which came as COVID-19 cases surged across the country as a result of the omicron variant, brought the total number of Marines booted out of the service for vaccine refusal to 169.

“The speed with which the disease transmits among individuals has increased risk to our Marines and the Marine Corps’ mission," the Marine Corps said in a statement, even as the percentage of those at least partially vaccinated remained at 95%, the same as last week.

The infection rise also hit close to the Defense Department's No. 2 leader. The Pentagon announced Thursday that seven staff members who traveled with Deputy Defense Secretary Kathleen Hicks last week to Hawaii, California and Nebraska have tested positive for the virus. Hicks and members of her personal staff have so far tested negative.

Hicks' trip included stops at U.S. Naval Amphibious Base Coronado in San Diego and U.S. Strategic Command in Omaha. She also visited the Red Hill Bulk Fuel Storage Facility in Hawaii and met with families who have been affected by fuel contamination in drinking water at Joint Base Pearl Harbor-Hickam.

The department said the tests showing the positive results were taken at the conclusion of the trip and that contact tracing is now going on at all the bases, hotels and other facilities Hicks visited.

The United States is seeing an average of 149,000 infections a day, as omicron appears to spread up to three times faster than the delta variant.

Officials say the vaccines, particularly with the boosters, beef up protections against more severe illnesses. And the Pentagon has ordered all service members — active duty, National Guard and Reserves — to get the vaccine, saying it is critical to maintaining the health and readiness of the force.

Already this week, the Pentagon said 1,000 active duty troops will be deployed to states to help shore up beleaguered health care workers.

The Marine Corps has been the most aggressive in discharging troops who refuse the vaccine. And it also has denied all religious requests for vaccine exemptions that have been processed. As of Thursday, 3,080 of the 3,192 requests received — or more than 96% — have been processed and rejected.

The Marine vaccination rate is the lowest among the military services. The Army, Navy and Air Force all have nearly or more than 98% who have gotten at least one shot.