BRITS are already cashing in on Prince Harry and Meghan quitting the Royal Family by flogging “Megxit” merchandise online.

The Duke and Duchess of Sussex shocked the nation last week, by announcing they wanted to step down as “senior” Royals. 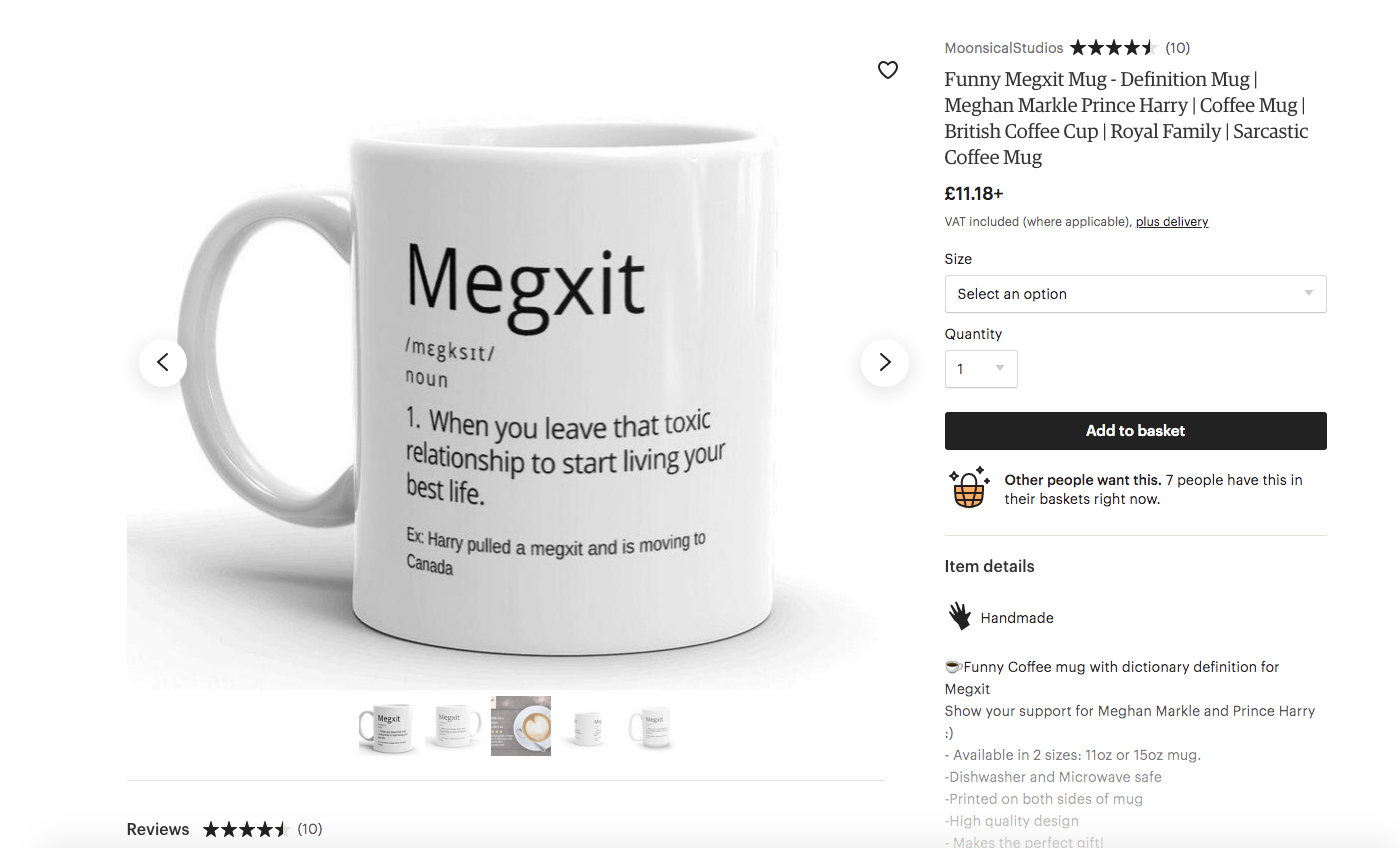 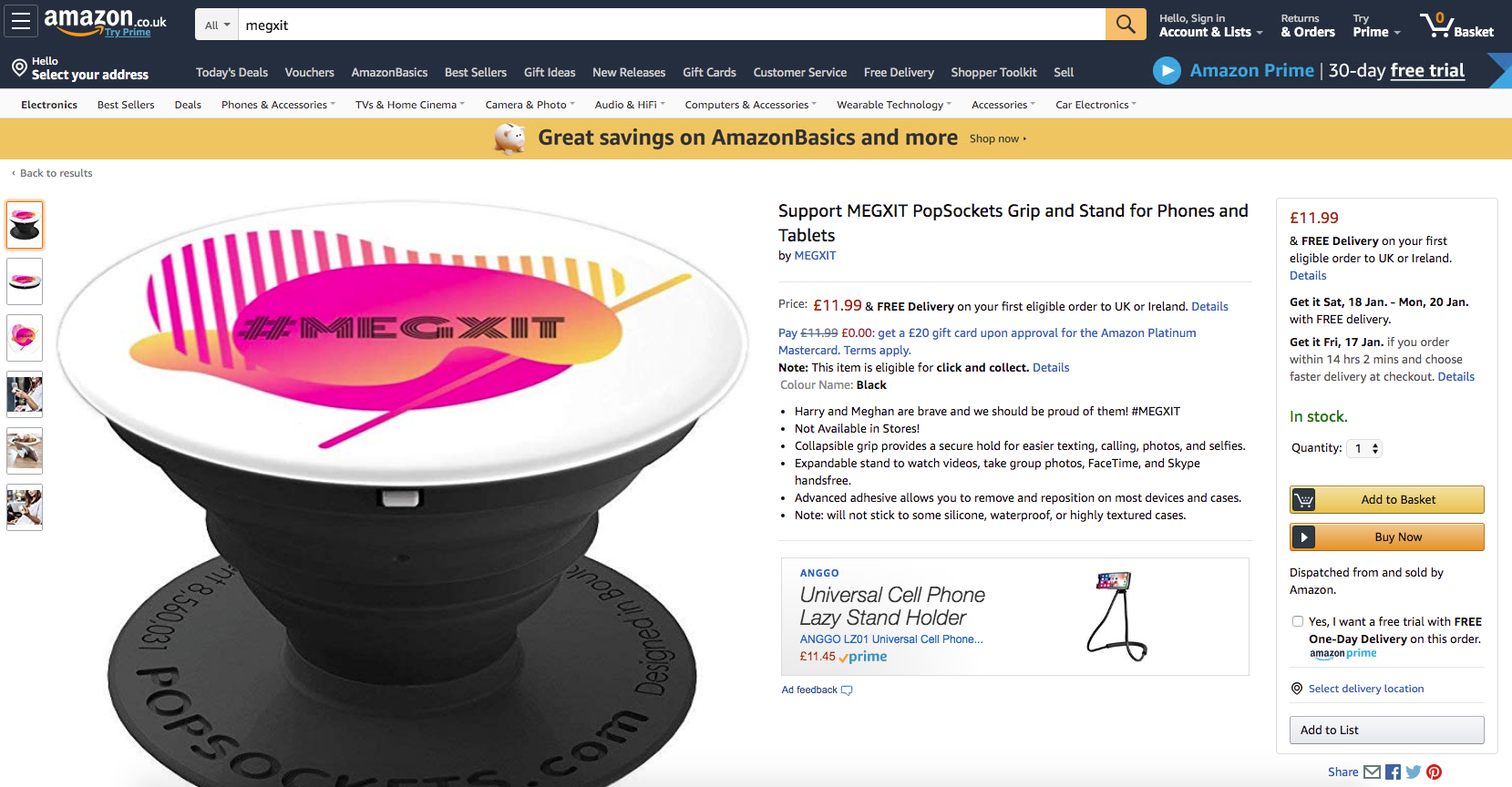 The term Megxit has been coined after their announcement – which would see the couple split their time between the UK and Canada.

And savvy Brits are already selling t-shirts, slogans, and mugs with the slogan emblazoned on them.

There are already 255 items on Amazon and more than 50 being flogged on eBay.

Other websites such as Etsy and Redbubble are also selling themed clothes.

The line is a reference to the famous World War Two motivational phrase, which was “keep calm and carry on”.

Fans can get those t-shirts delivered straight to their door within three days.

On Etsy, supporters of the Duke and Duchess of Sussex’s move can get a pro-abdication mug.

“1. When you leave that toxic relationship and start living your best life.

“Ex: Harry pulled a Megxit and is moving to Canada.”

In the item details on the website, it says: “Show your support for Meghan Markle and Prince Harry.”

On Amazon, savvy sellers are also flogging mugs which are less kind to the Duchess of Sussex.

The online giant is also selling cushions and tote bags, from as little as £7.75, which say “Happy Megxit” next to the Union Jack and a Canadian flag.

One of the strangest items being sold on Amazon is a Megxit-themed phone and iPad holder.

The description adds: “Harry and Meghan are brave and we should be proud of them.”

Yesterday, the Prince met the Queen, his father and brother at Sandringham, Norfolk, to hold peace talks.

It was announced that the couple would be able to step down from their duties and spend time in Canada.

The move has divided opinion across the country.
Amazon and eBay have been contacted for comment. 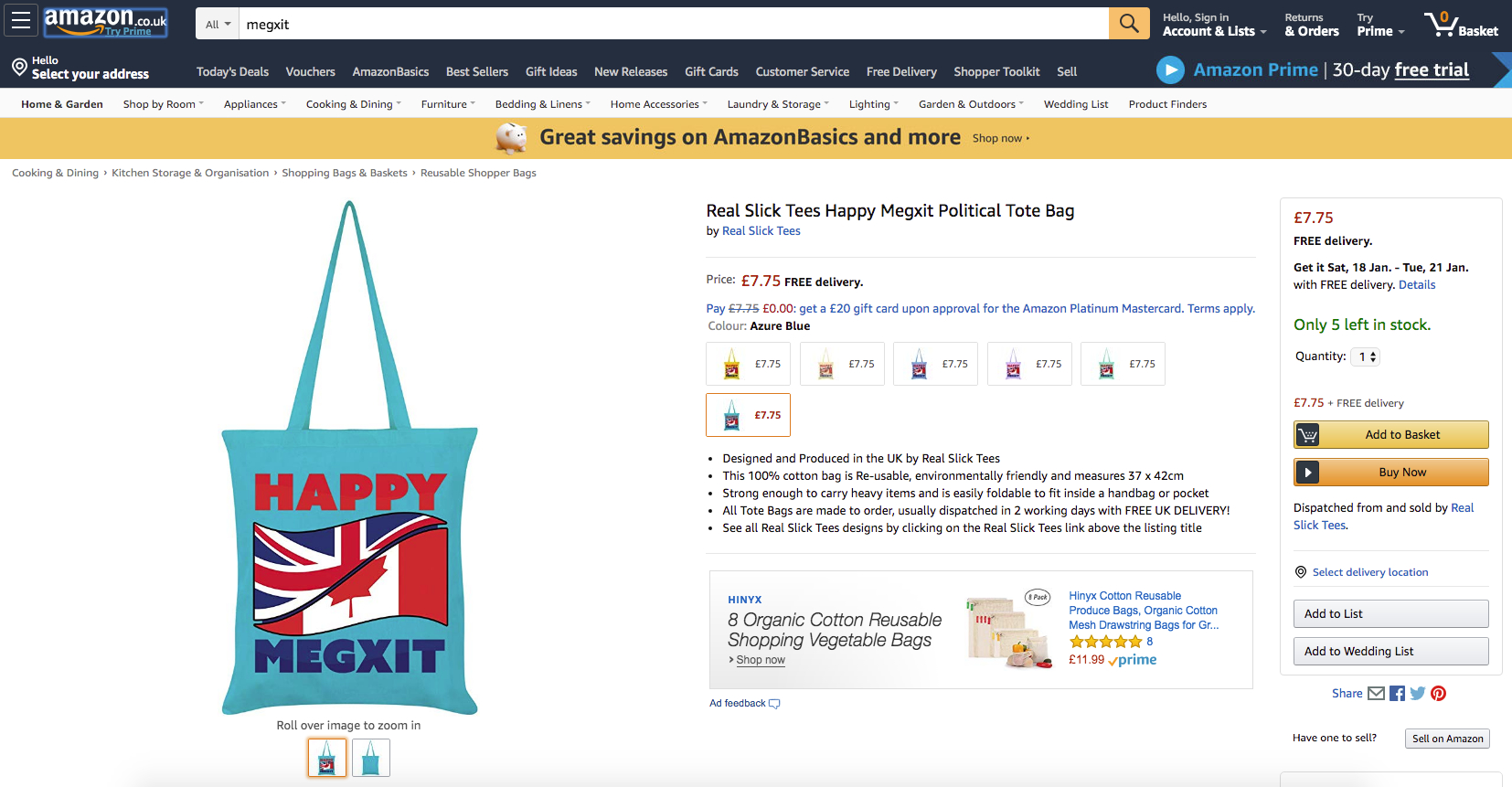 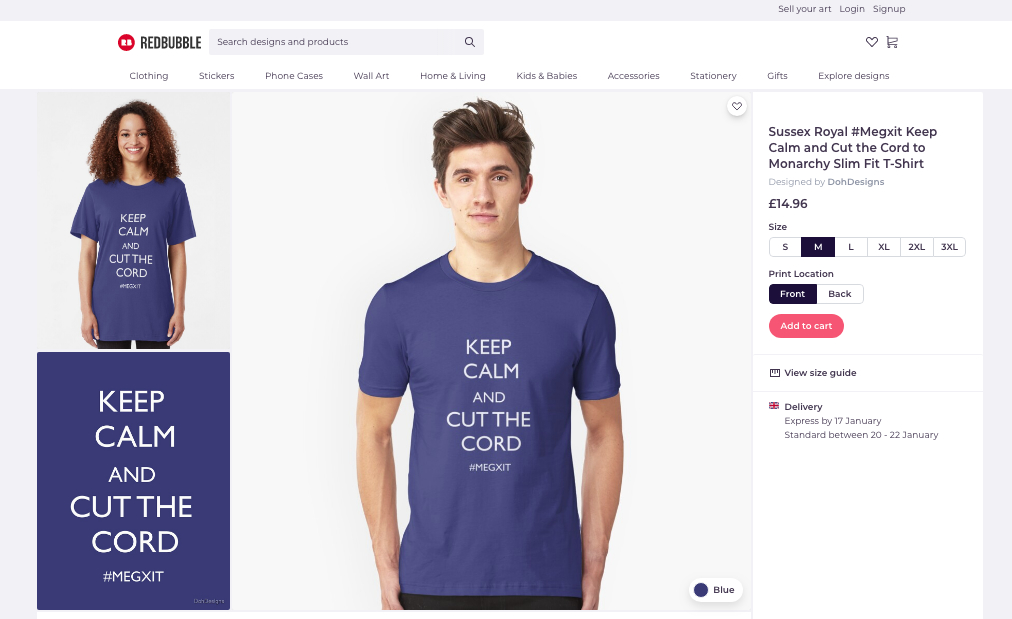 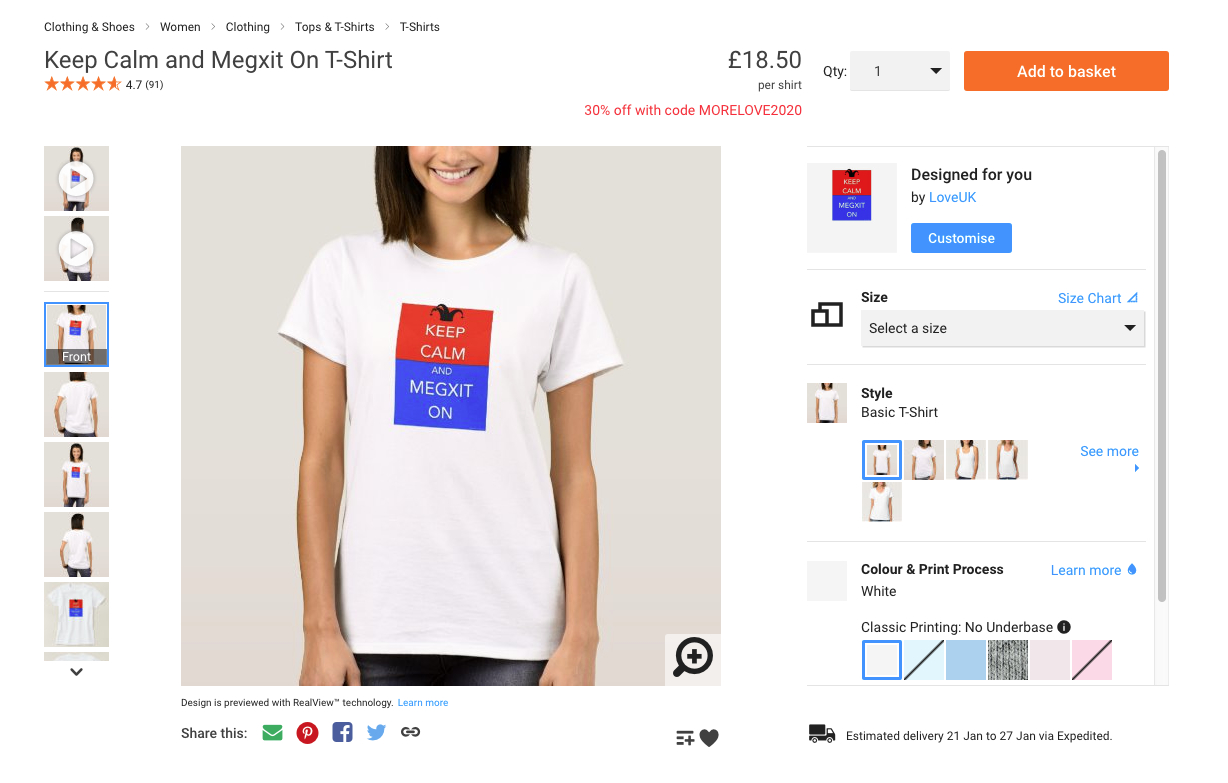