A driver on a road trip is bringing Australia’s changing medicinal cannabis laws into the spotlight after filming the moment cops waved him through their drug checkpoint despite his admittance he’d recently smoked marajuana.

Paton and Steeze, two mates and YouTubers from the Gold Coast, were travelling to northern NSW on Friday when they shared a video of their encounter with the random roadside drug test.

‘Have you had anything illicit in the last couple of days,’ one officer asked the driver through the car window.

‘Umm, I’m prescribed medicinal cannabis so yesterday afternoon I had a joint,’ the driver replied. 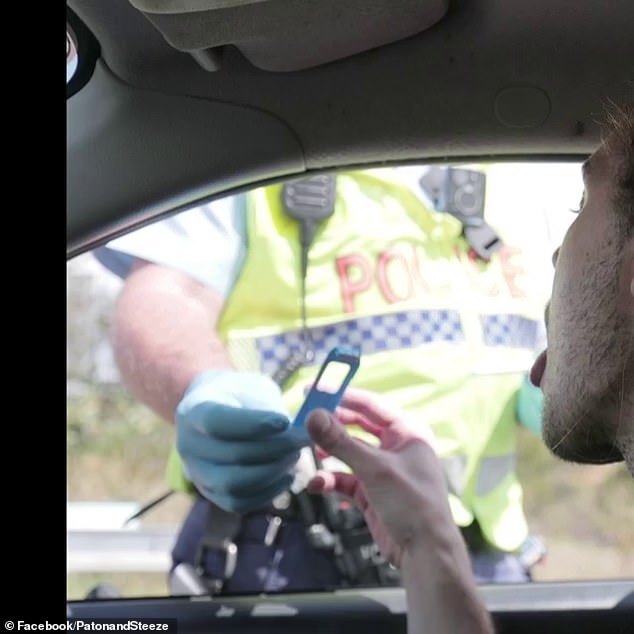 The police officer then did the test and asked how he ingested the drug.

‘I can smoke it or vaporise it,’ he replied.

After checking his licence and the bottle of medication with a prescription label, the officer told them be on their way.

‘I’ve never seen this legit before… it’s usually in a baggie and people say they have a prescription,’ the officer remarked.

‘Let’s go,’ the pair cheered as they drove away. 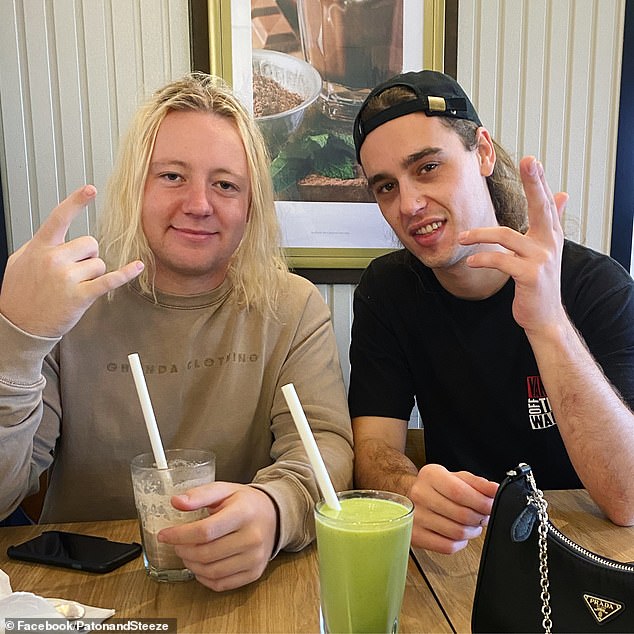 The two friends Paton (left), 22, and Steeze (right), 25, both have medicinal marijuana prescriptions

‘I’ve got epilepsy and it’s used to help manage sleep and make sure that I don’t get into a situation where I’m not getting enough sleep which can potentially lead to a seizure,’ Steeze said.

His passenger Paton, 22, also has a prescription for the conditions Persistent postural-perceptual dizziness (PPPD) and Eustachian tube dysfunction (EDT).

‘It’s just like dizziness which gets really chronic and bad so I got prescription for that to bring down the anxiety after previously being prescribed valium,’ he said.

Steeze added that he was not high behind the wheel.

‘We were confident we would get through the roadside drug test because on the bottle it says, “if not affected you can drive”‘.

‘We weren’t affected, we hadn’t smoked on that day, we had a joint the previous day.

‘We would never drive under the influence.’

The video garnered hundreds of comments from stunned viewers.

‘Is this common in Australia, this is wild,’ another added.

The pair were travelling to Nimbin for the town’s annual Mardi Grass festival. 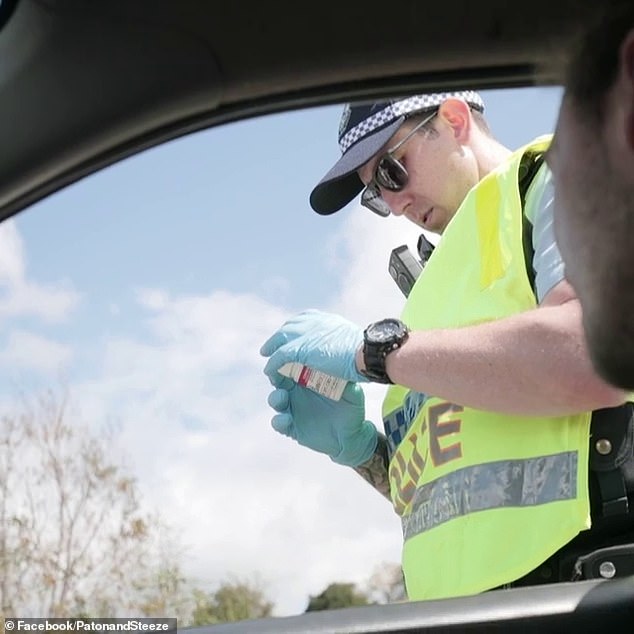 While recreational marijuana use in Australia is illegal, medicinal cannabis obtained with a prescription from a doctor was legalised in 2016.

Driving while directly under the influence of the active component THC is still an offence under Australian laws.

The Greens are working on introducing a draft bill to federal parliament later this year that would legalise recreational marijuana use.

According to legal advice obtained from the Greens, a commonwealth law could supersede state laws which prevent recreational marijuana use, though such a law would have to pass both houses of parliament.