A MCDONALD'S customer went on an insane rampage after reportedly being told she couldn't have a McFlurry.

The unnamed young woman was seen kicking off after staff told her the ice cream machine was broken, instantly sending her off the rails in front of terrified customers. 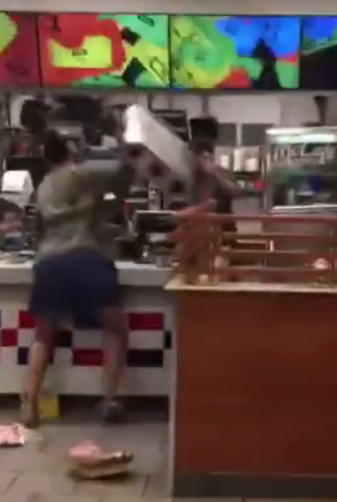 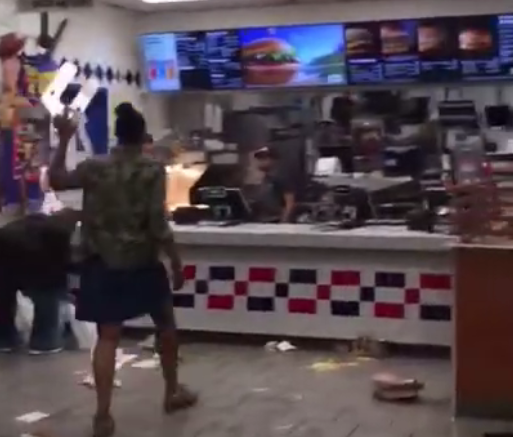 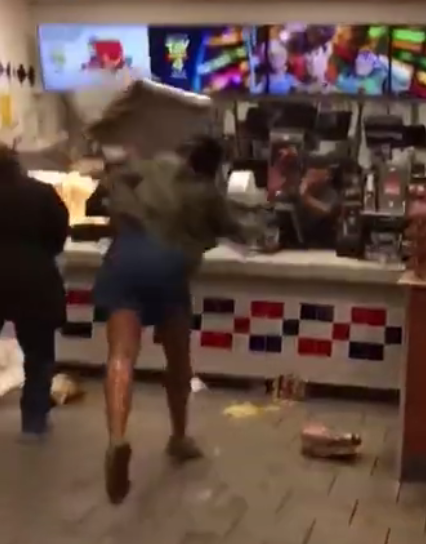 The video, which was shared on Liveleak, shows the ordeal escalate into a full-on brawl, before the customer and a member of staff begin fighting over the counter.

The young woman can be seen having a cylinder hurled at her by the member of staff.

The worker also scattered brown powder across the fast-food restaurant.

Onlookers were seen shielding away from the spray as the woman launched herself to one side of the store.

She was then seen picking up a cup dispenser before chucking the large object directly at the person opposite her.

During the violent altercation, people around the pair shouted for them to stop attacking one another.

The customer then picked up a shopping bag as she got ready to throw it, before a bystander begged her not to use her things.

Returning the bag, the woman picks up another piece of metal, throwing it across the room before leaving the premises.

As she finally exited and the fight ended, a man can be heard saying: "You're going to jail!"

It comes as last week, a pregnant woman was caged after starting a boozy mass brawl in McDonald's when she battered a stranger with her high heel.

Kay Marie Brown, 25, pounced on innocent Jordon Joseph as he sat with two pals enjoying their meal in the fast-food restaurant.

The thug, who wasn't pregnant at the time, whacked the diner with her high-heeled boot as the trio desperately tried to defend themselves.

Last month, a savage brawl in McDonald's left an angry customer on the ground as he was rugby tackled by an employee after walking into the kitchen.

There is a vicious tussle between the restaurant staff and the man – and then one of the female workers shoves the customer so that he almost stumbles backwards.

Onlookers shrieked in horror as another employee then helped pin the customer to the ground and shoved their hands in his face. 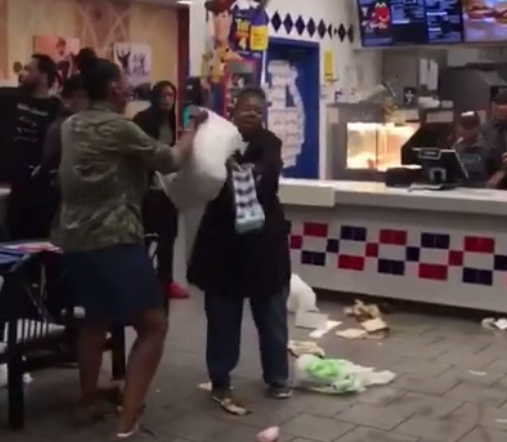 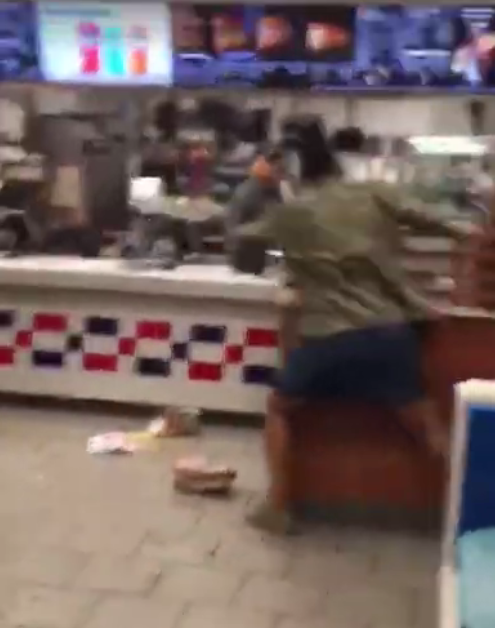 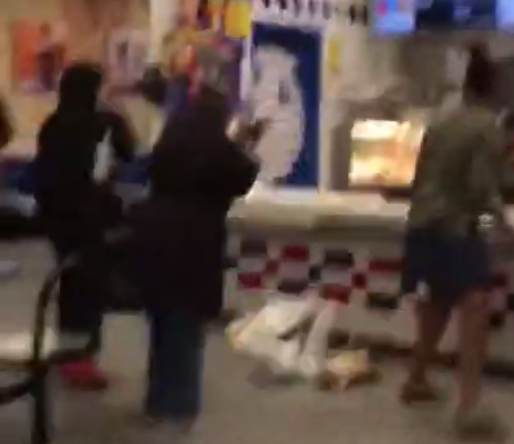