A MAN is fighting for his life after being attacked outside a busy KFCwhen a row spilled onto the streets.

The victim – who is in his 50s – was knocked unconscious and suffered life-threatening injuries during the shocking incident in Surrey. 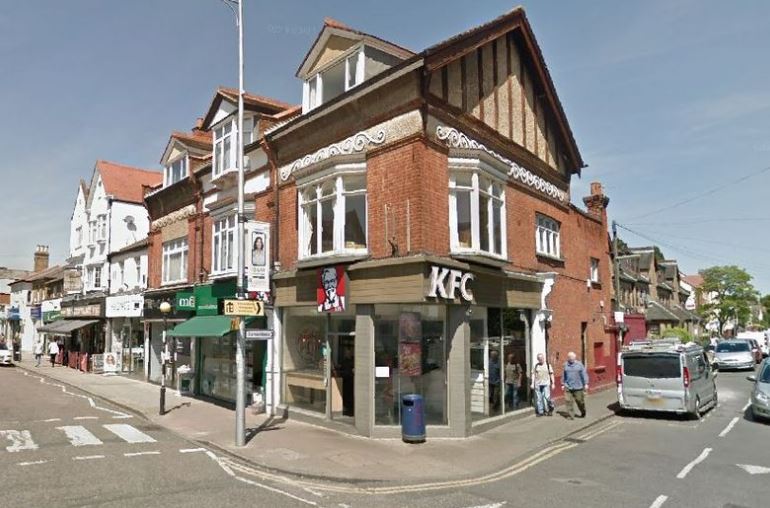 Cops were called to the High Street, Walton-on-Thames at 5.45pm on Saturday following reports three men were rowing inside the chicken restaurant.

The argument continued outside and the victim lost consciousness after he was then apparently assaulted.

The two other men, aged in their 20s, fled the scene but were later arrested at a nearby home on suspicion of causing grievous bodily harm.

Both remain in custody.

The victim was taken to a hospital with life-threatening head injures and his next of kin have been informed of his condition, police said.

Detective Sergeant Antony Preston is leading the investigation and called for any witnesses to come forward.

He said: "The restaurant and surrounding streets would have been extremely busy, and it is imperative that we speak to everybody who was in KFC at the time, or who saw or heard the commotion outside.

"I am also keen to speak to anyone who was driving past the scene, and any delivery drivers collecting orders from KFC, as it is likely that their dashcam or helmet cam may have captured what happened."

The public may notice an increased police presence in the area as a result of the ongoing investigation, he added.