MADRID has been buried in 50cm of snow as Storm Filomena left thousands trapped in their cars and airport passengers stranded.

The freak blizzard blanketed swathes of Spain with driving snow bringing traffic to a grinding halt and grounding dozens of flights. 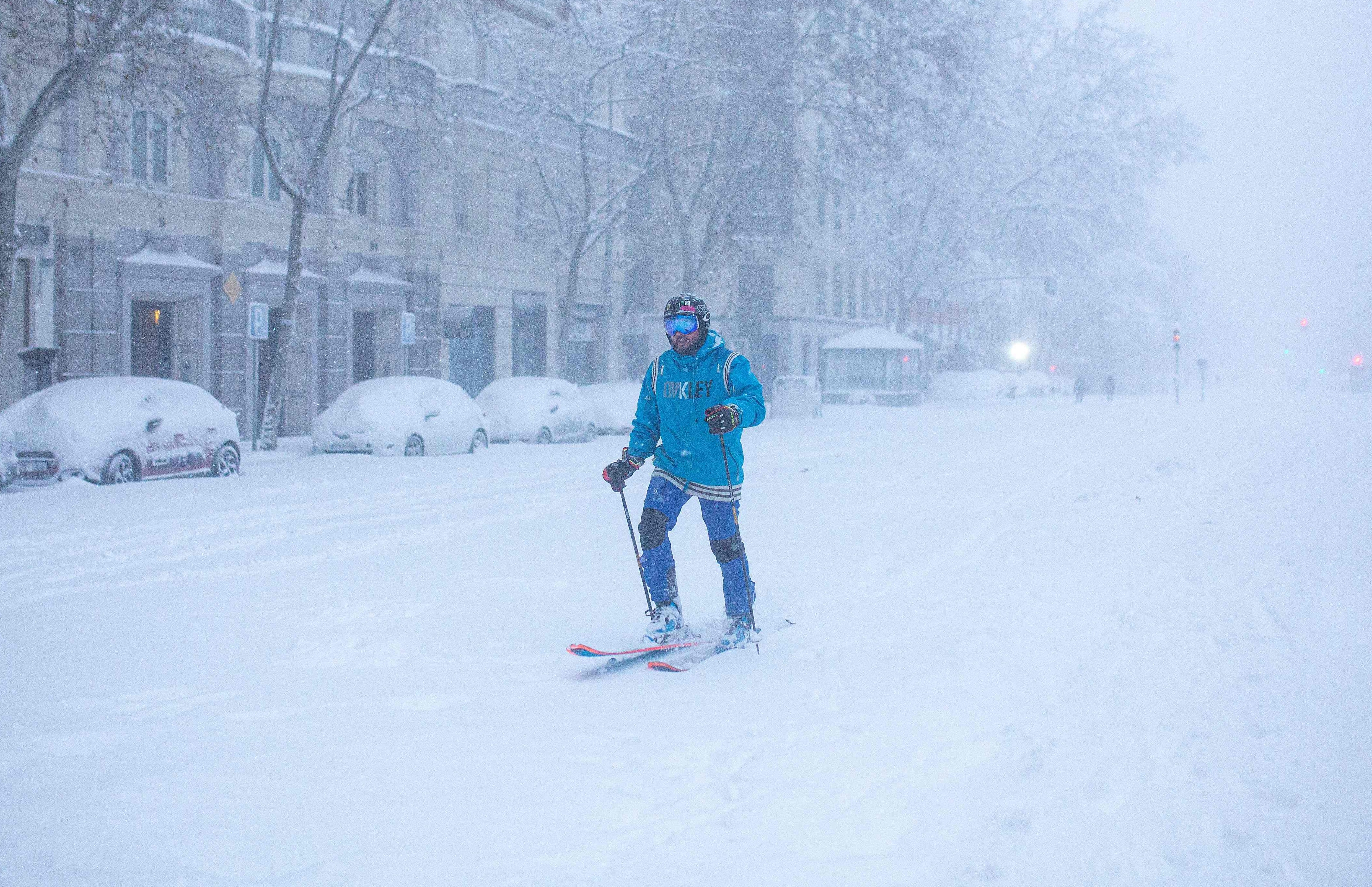 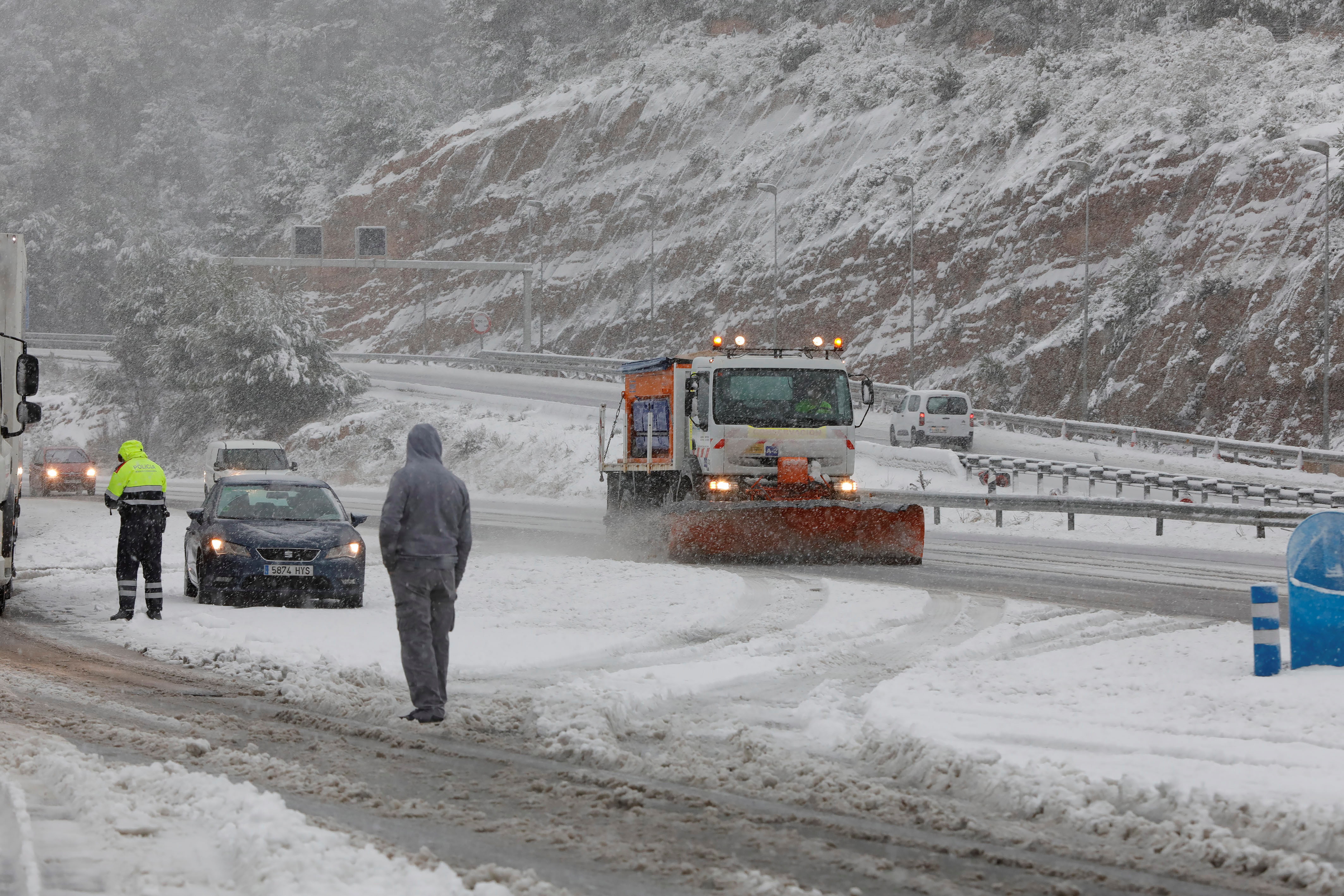 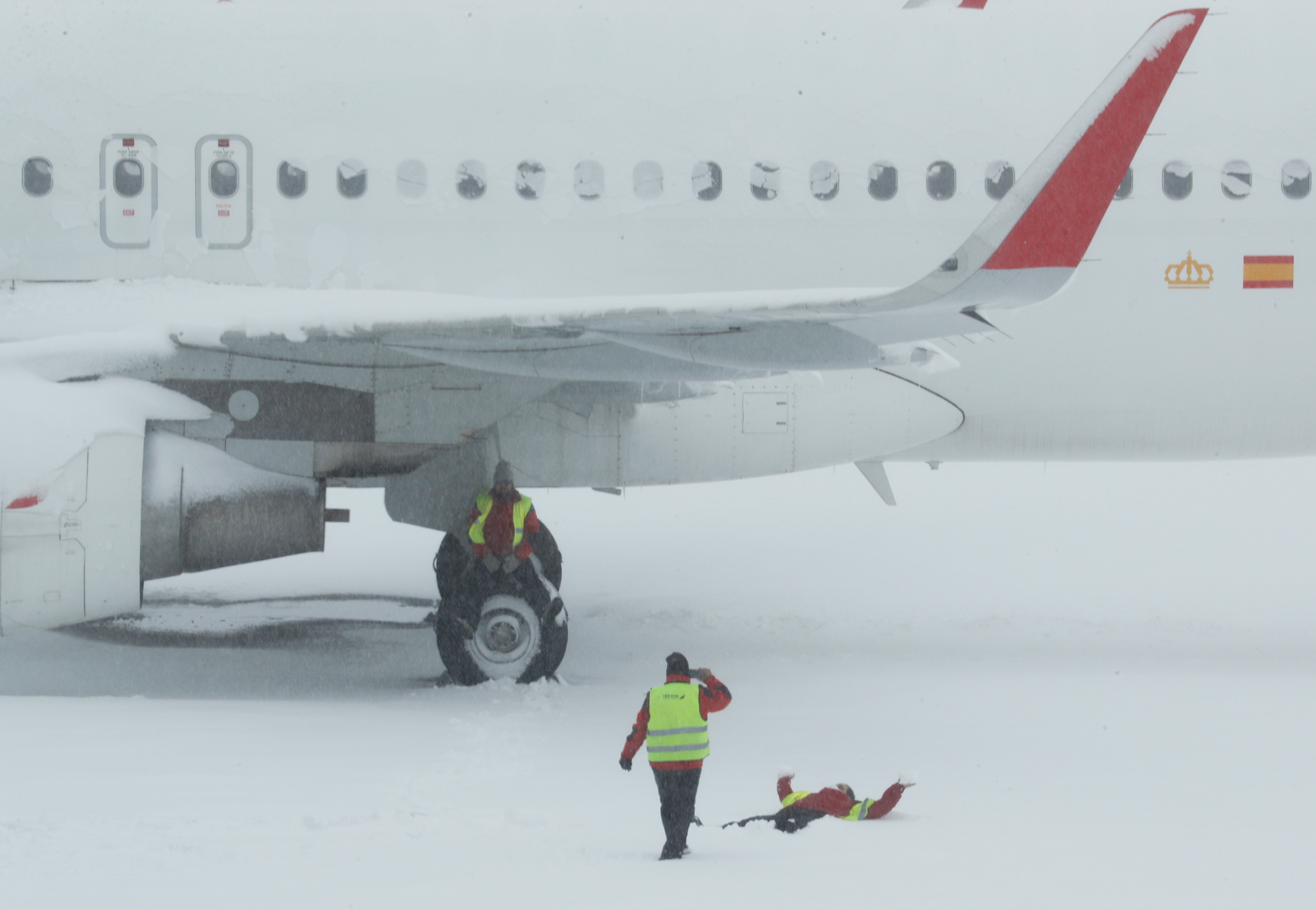 In the capital, a red weather alert was issued for the first time and troops were ordered into action to rescue those trapped in drifts.

"We continue the rescue of vehicles on the A4, A5, M40 and M607," tweeted the Unit for Military Emergencies, which deployed 147 soldiers.

The national weather agency warned some regions would be hit by more than 24 hours of snowfall due to the odd combination ofcold air over the Iberian Peninsula and the arrival of the warmer Filomena from the south.

It said that up to 20cm of snow could accumulate in large parts of the country but by this morning the build-up had already reached more than 50cm in some urban areas.

The storm is expected to move north east throughout today, the agency said.

Carlos Novillo, head of the Madrid emergency agency, revealed more than 1,000 vehicles had become trapped, mostly on the city's ring road and the main motorway which leads from the capital to the south. 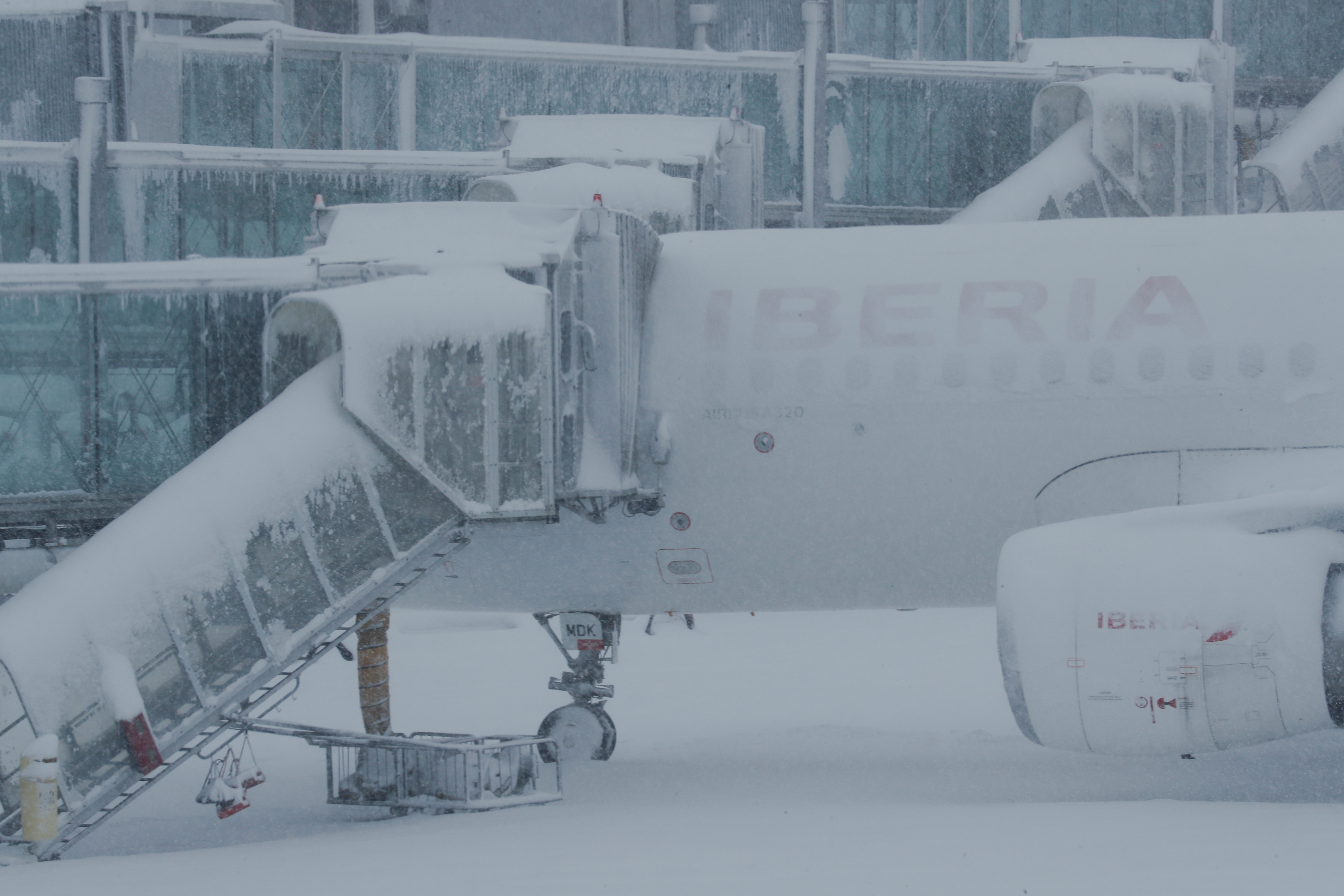 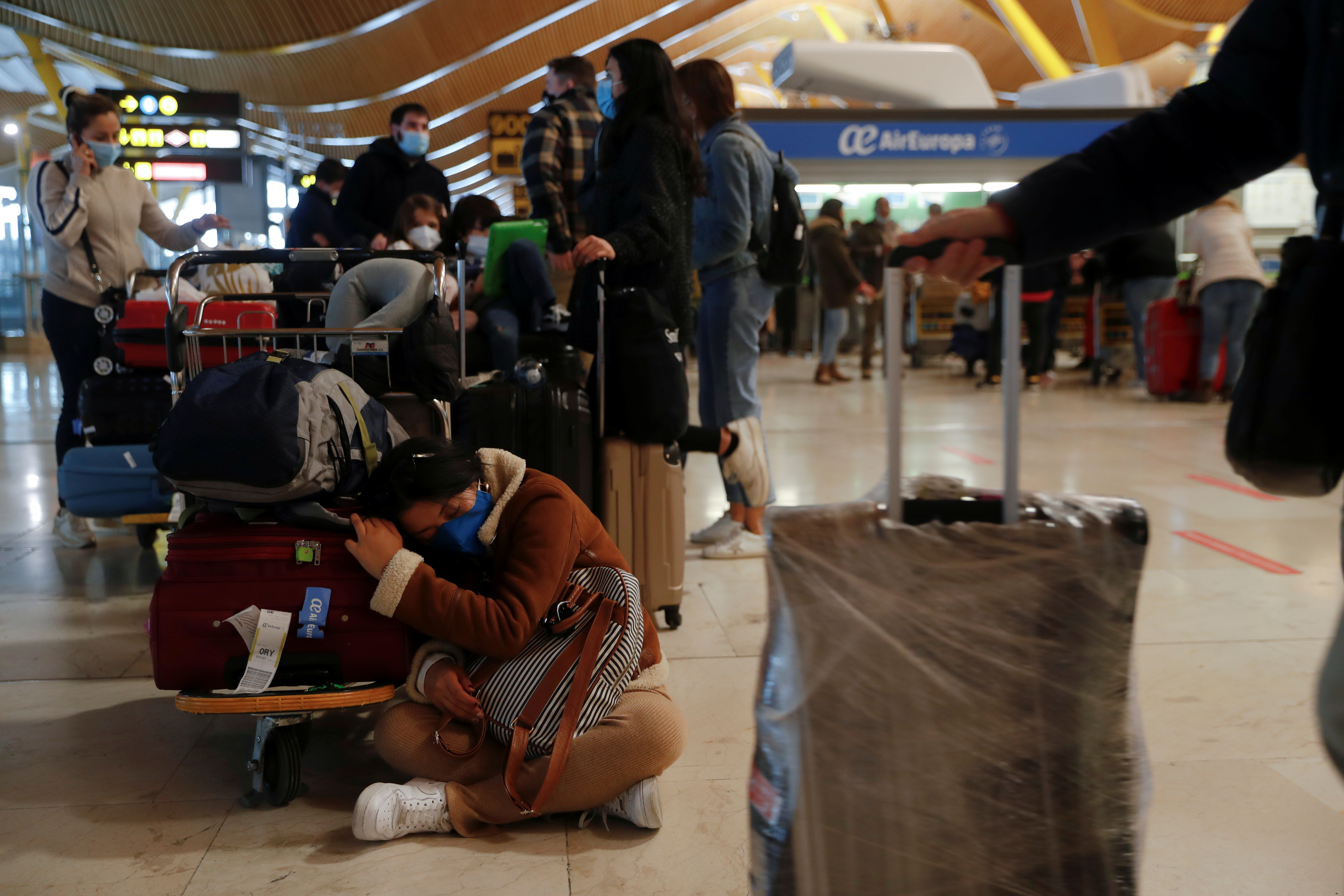 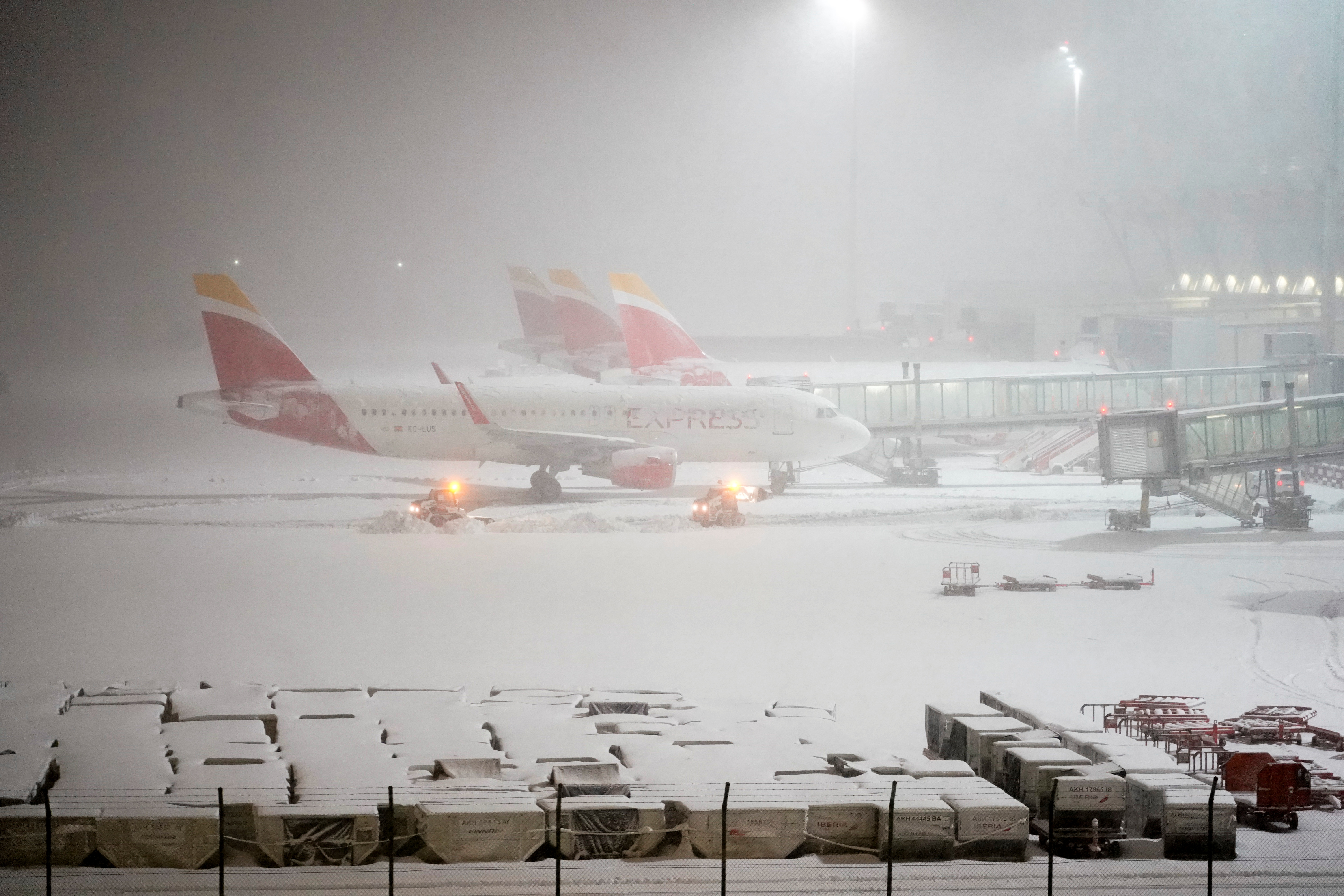 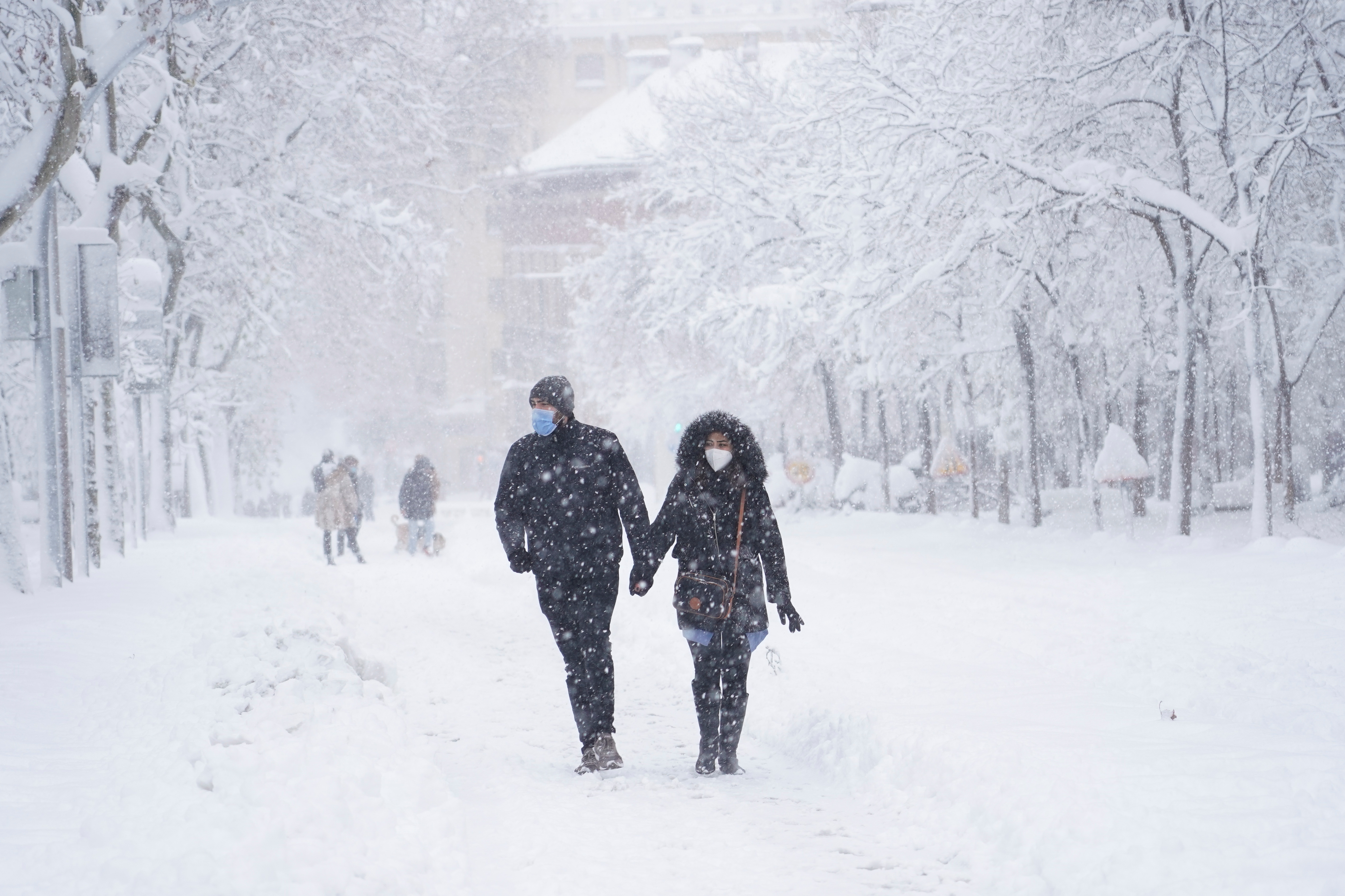 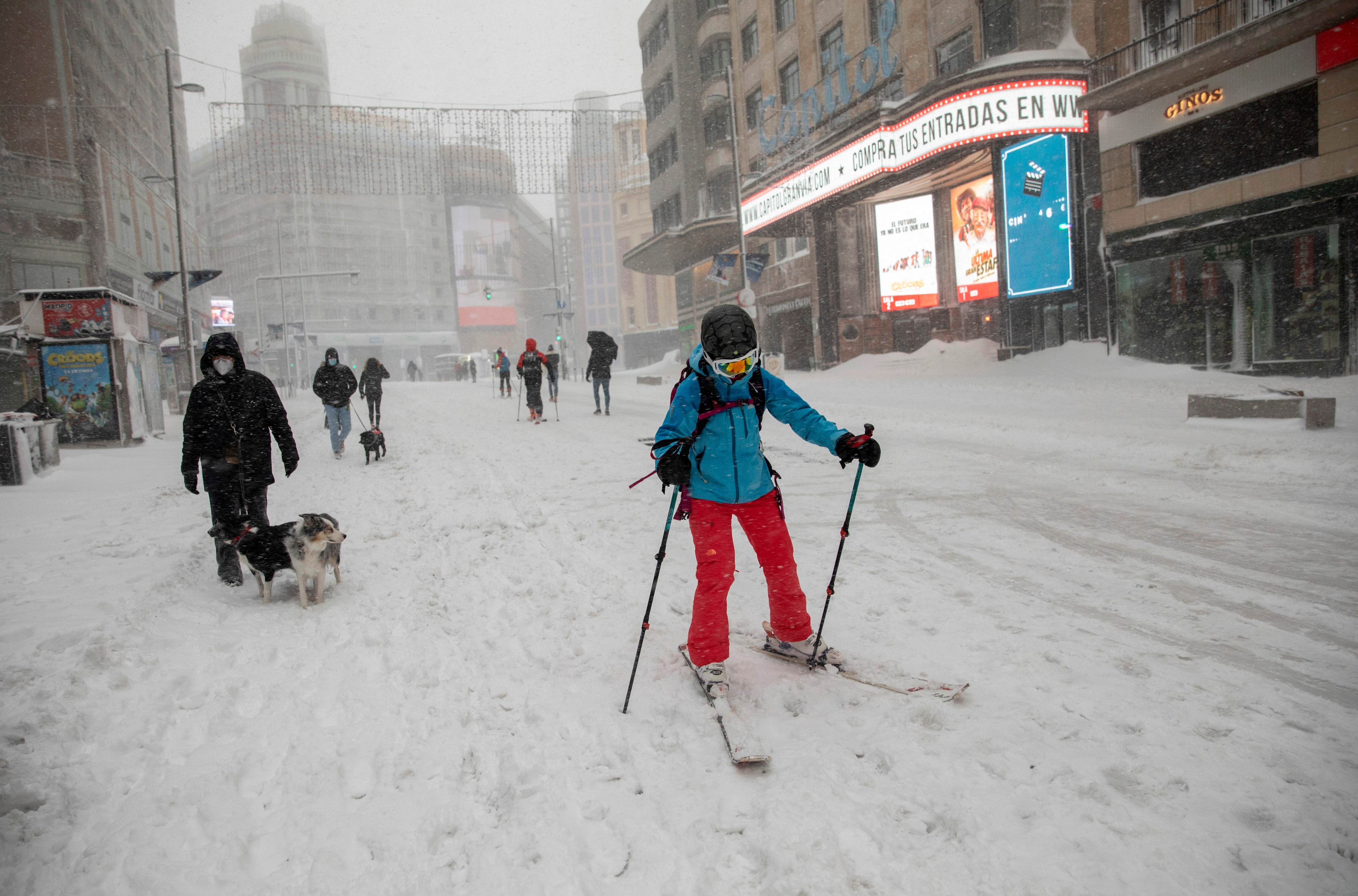 "The situation remains of high risk. This is a very complex phenomenon and a critical situation," he warned this morning in a message posted on social media.

"We ask all those who remain trapped to be patient, we will get to you," he added.

Transport Minister Jose Luis Abalos added: “We are in the grip of an historic storm and obviously it’s had a huge knock-on effect on transport.”

Airport operator AENA said that the Adolfo Suarez Madrid-Barajas International Airport – the main gateway in and out of the country – would remain closed throughout today.

The shutdown came after the monster blizzard foiled machines and workers trying to keep the runways clear of snow. 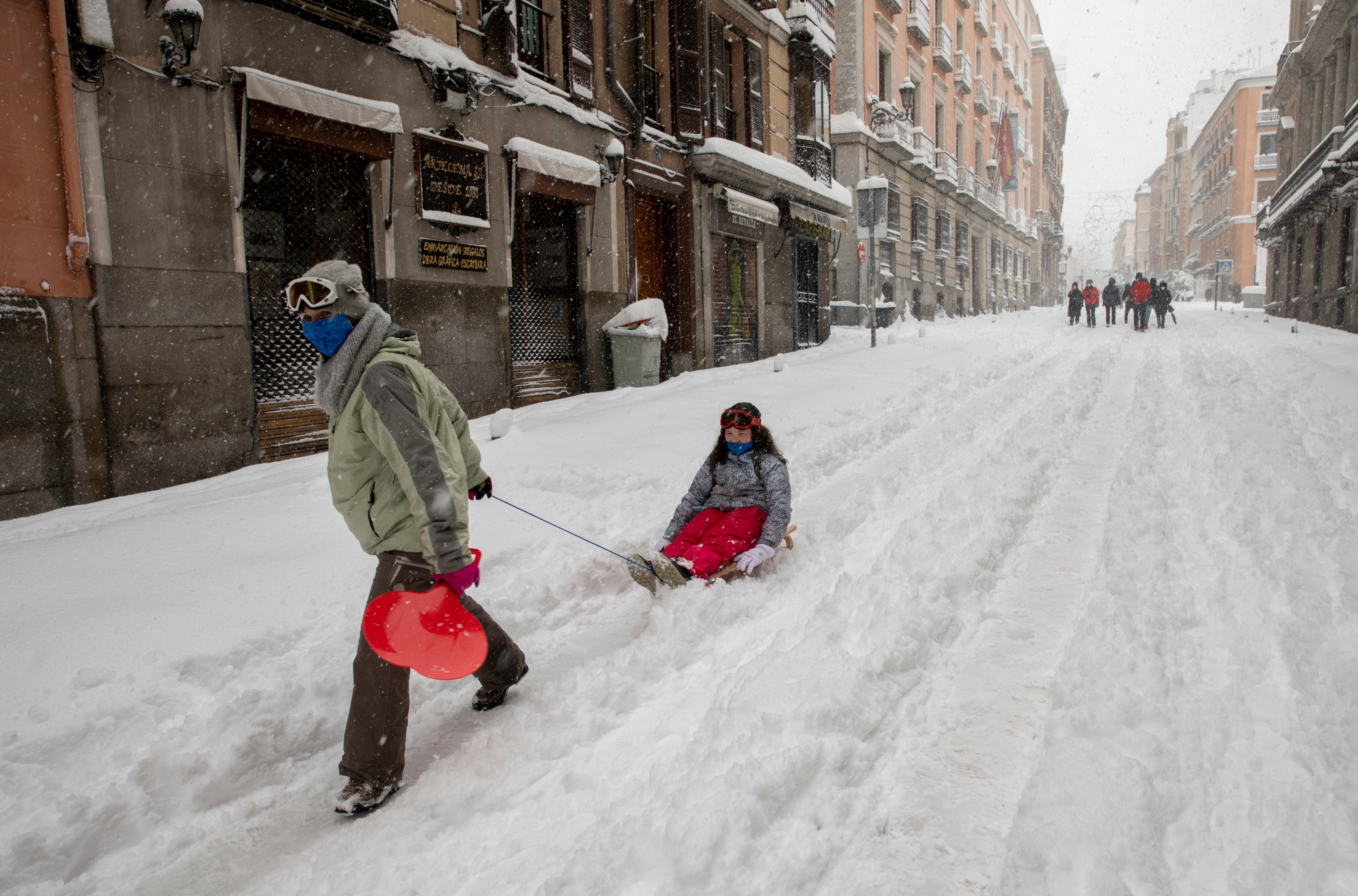 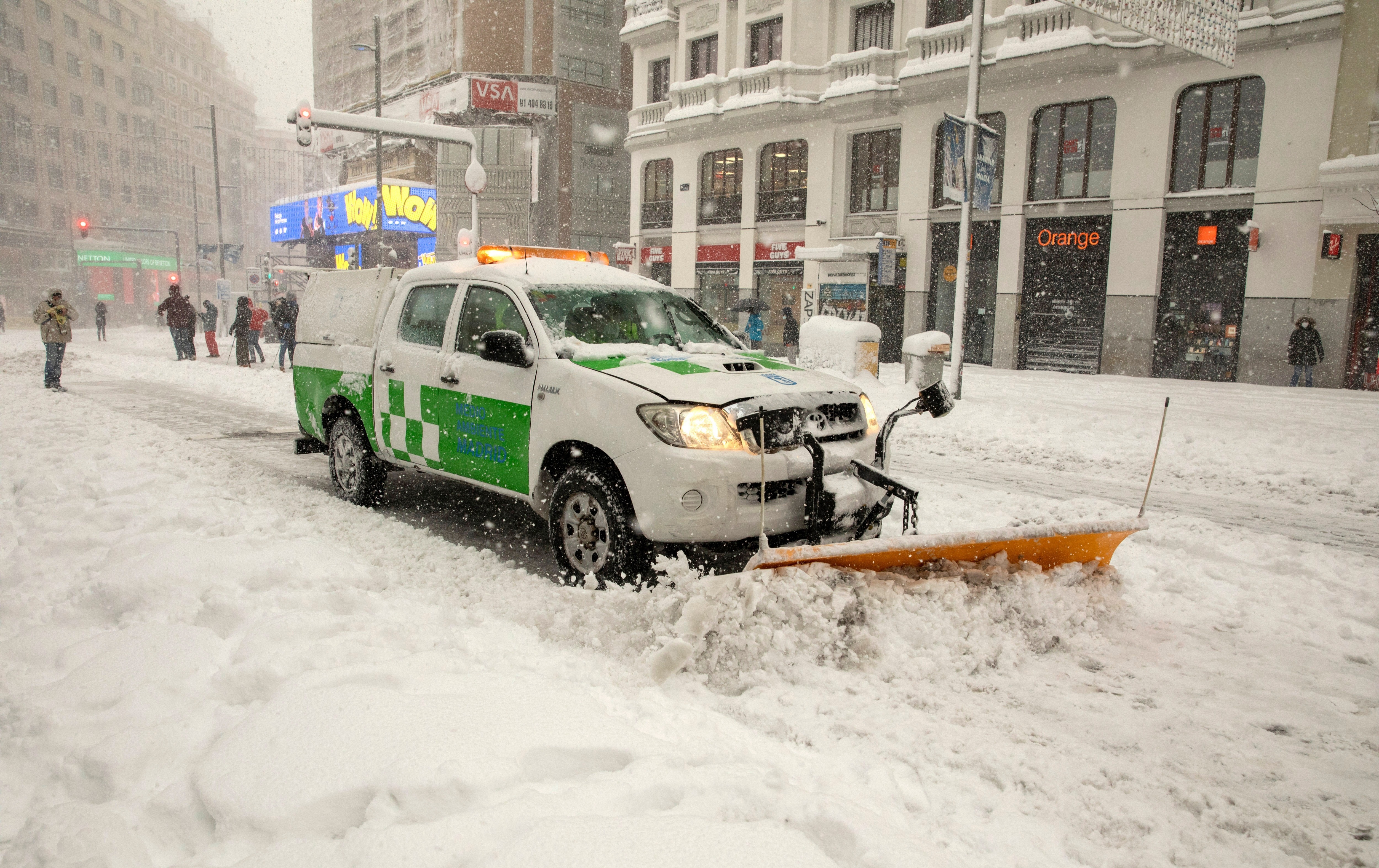 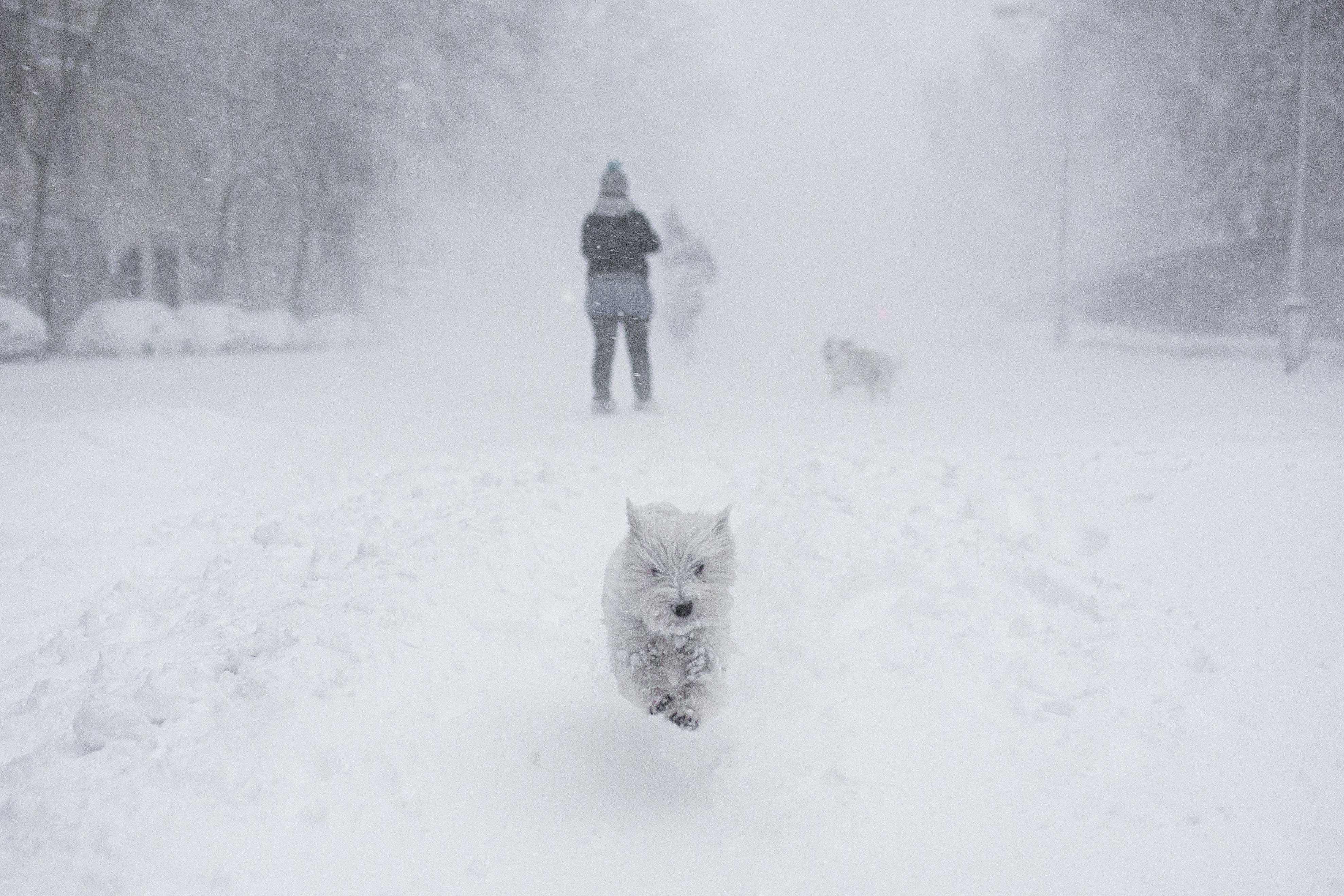 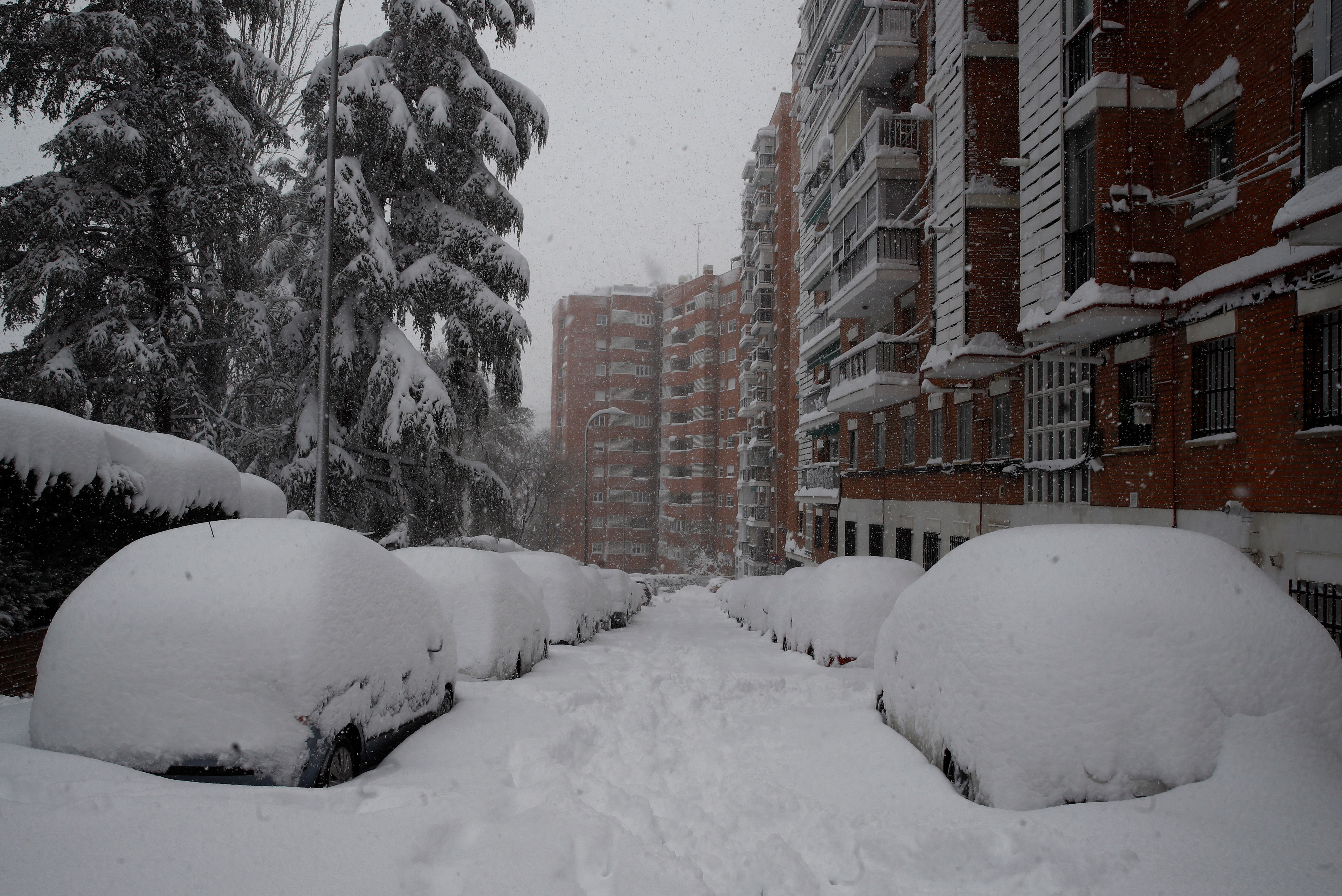 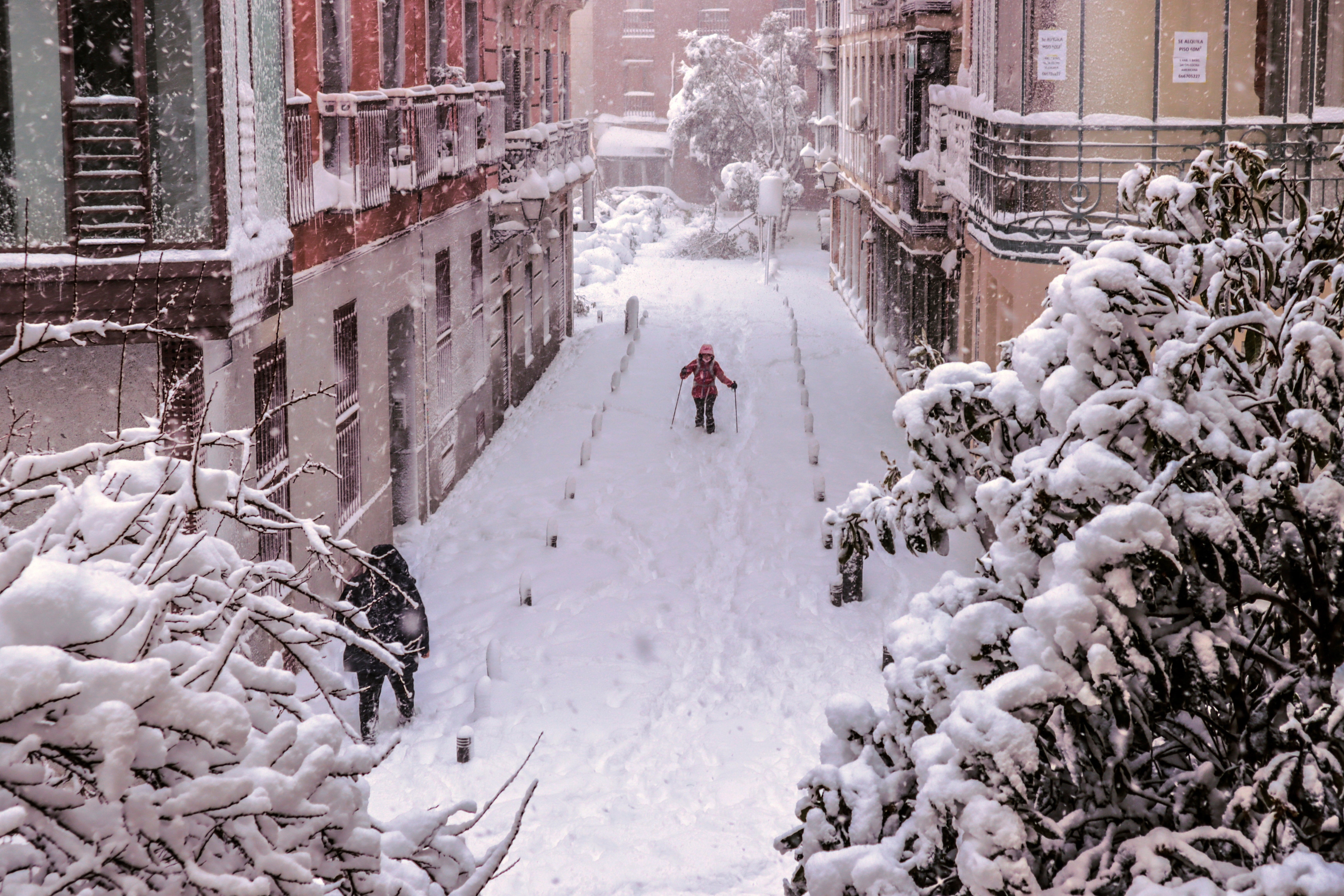 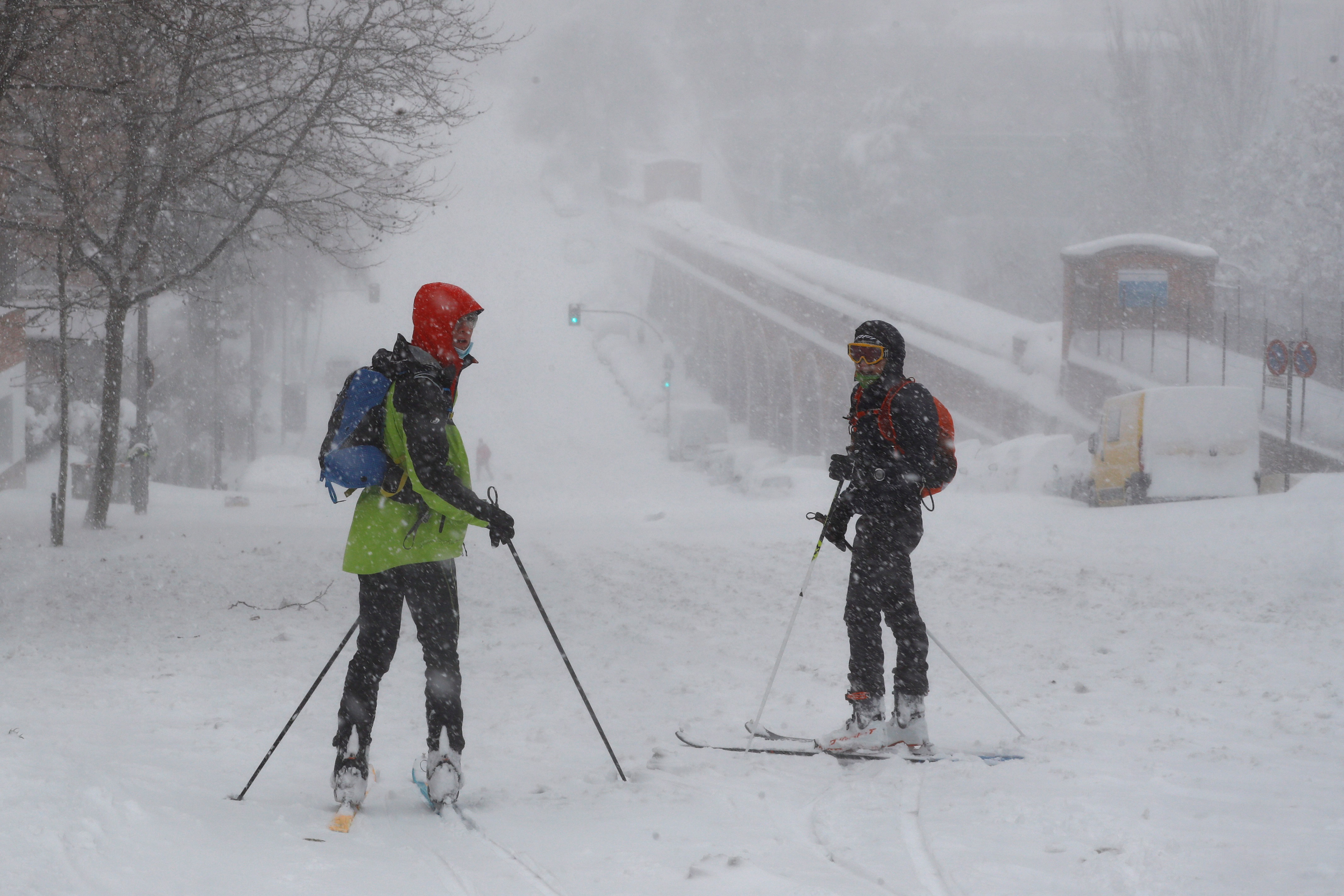 All trains into and out of Madrid, both commuter routes and long-distance passenger trains, as well as railway lines between the south and the northeast of the country, were suspended, railway operator Renfe said.

The storm had also caused serious disruptions or closed altogether over 430 roads by Saturday morning, according to Spain's transit authorities, which urged people to stay indoors and avoid all non-essential travel.

The wintry weather even hit the country's football league, with some of the La Liga top teams unable to travel for games. 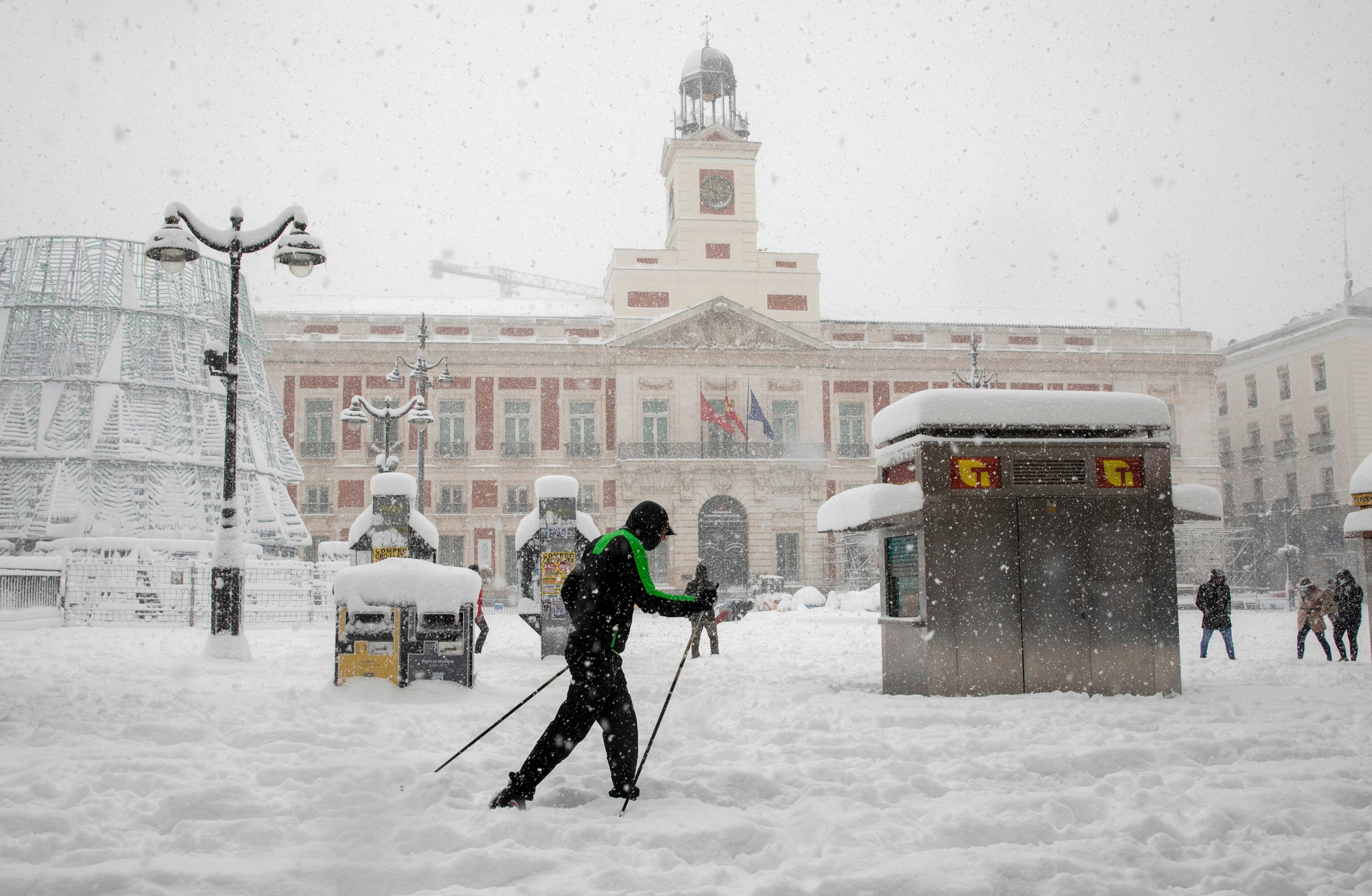 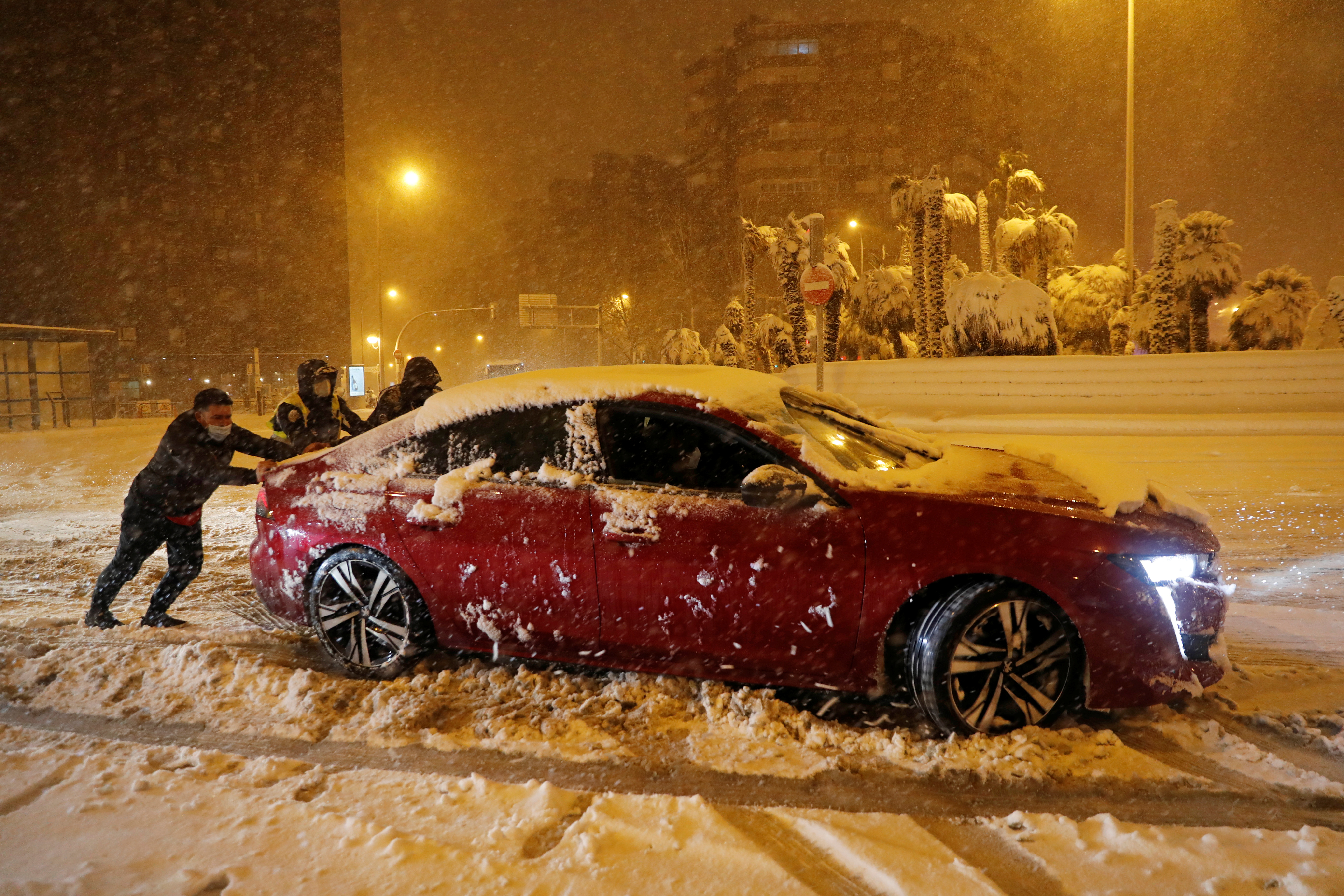 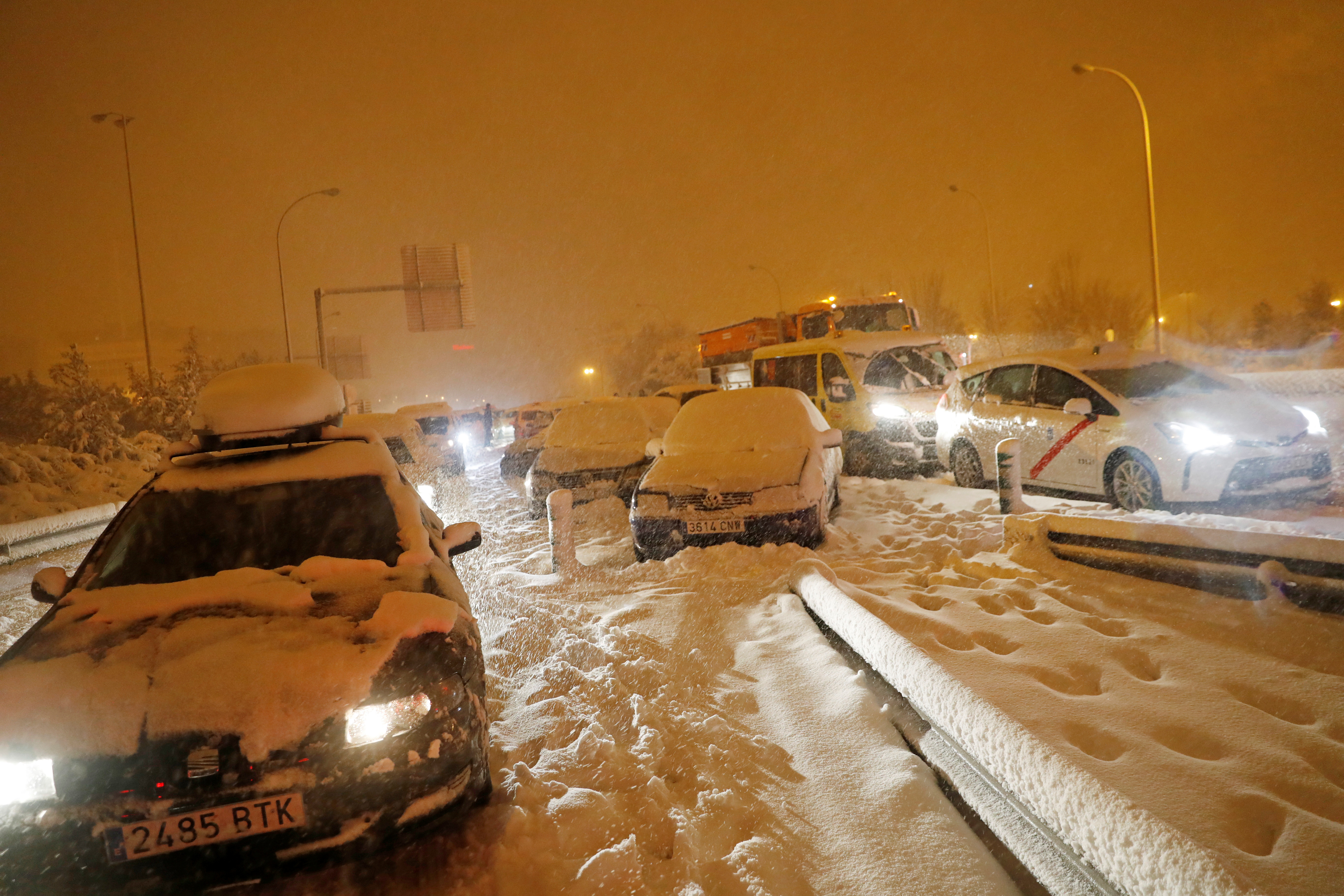 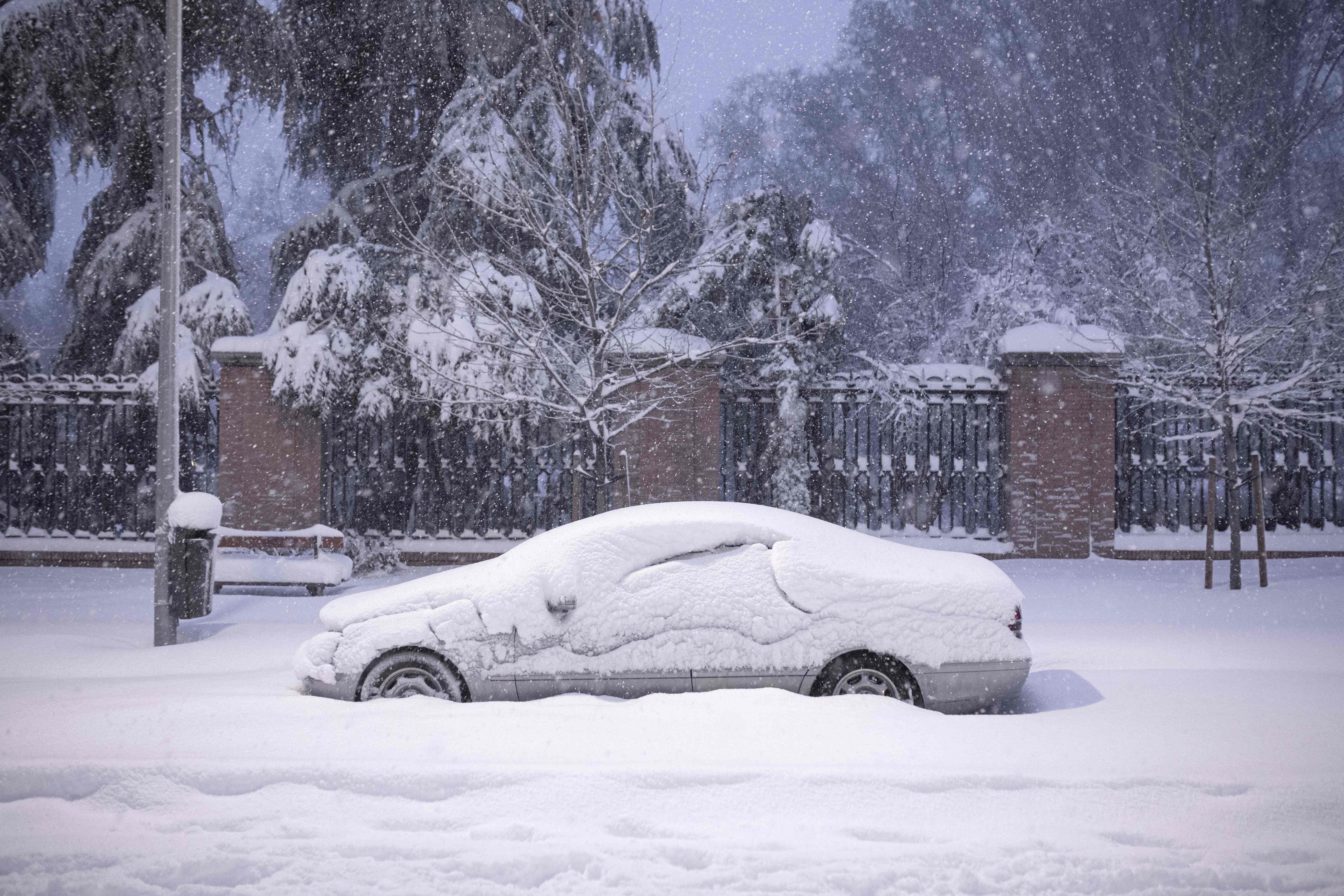 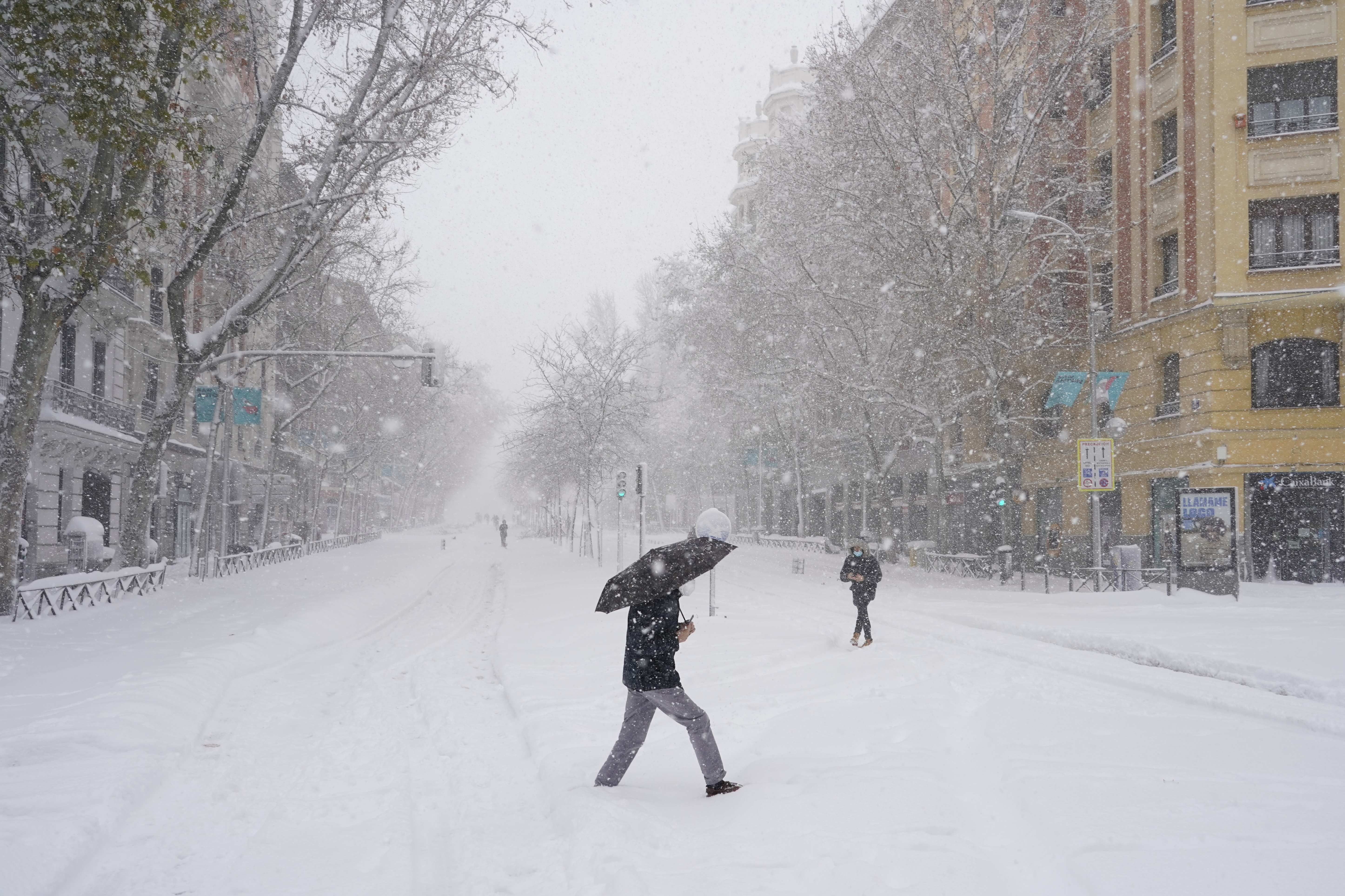 A flight to Madrid carrying players of the current leader in the championship, Athletic Bilbao, had to turn back, while the second-place Real Madrid team was unable to take off for its match against Osasuna.

Ten provinces across the country were on red alert this morning/yesterday morning (SAT), 19 on orange alert and more than 400 roads were affected.

However, some took advantage of the drifts to SKI through the streets of the Spanish capital.

Car salesman Javier Talanco even took his five huskies out for a spin in surreal scenes after historic snowfall left the city looking more like Reykjavik.

Javier, who practices the dog-powered sport of mushing but normally in the mountains, treated the children of neighbours to rides on his sled after the heaviest snowfall in Madrid in at least 50 years.

He said afterwards: “They have snow in their blood and as soon as they saw it out of the window, they started getting nervous and wouldn’t stop playing.”