EastEnders favourite Patrick (played by Rudolph Walker) took desperate measures to try and defend Denise (Diane Parish) against serial killer Lucas (Don Gilet) who had recently been released from prison. However, when an injured Lucas turned up on Patrick’s doorstep, the latter’s life was put in the villain’s hands when he suffered a stroke. With Patrick on the mend in hospital, it’s Sheree (Suzette Llewellyn) who will start to panic – but could this lead to their marriage hitting the rocks?

On Thursday night, Lucas paid a visit to Denise and Patrick’s home – which put him in breach of his bail conditions.

However, with Denise having discovered Patrick had asked Phil Mitchell (Steve McFadden) to intervene, she was left furious and had walked out.

With Patrick left alone, he was in danger when Lucas turned up on his doorstep but things took a worrying turn when it was clear he needed medical attention.

With Denise turning up minutes later, she realised who had been in the house whilst she was away and Patrick was swiftly taken to the hospital. 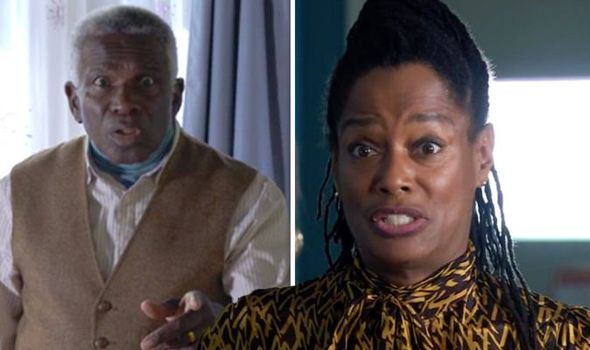 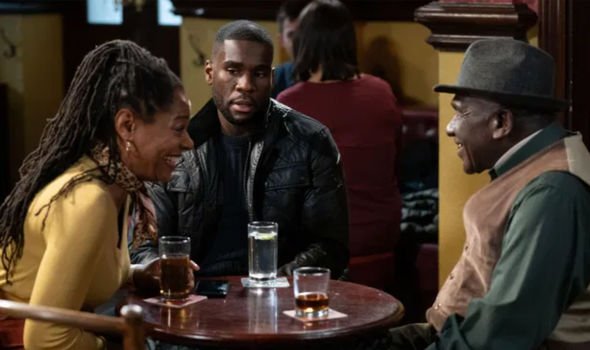 The rest of Patrick’s family – including wife Sheree and son Isaac Baptiste (Stevie Basuala) – were left worried for the stalwart.

Luckily, Patrick will wake up and survive his stroke but last night’s episode saw Sheree warned he would have to up his medication.

Next week, things will hit another bump in the road when Sheree goes missing after Patrick comes around.

In the hospital, Patrick assures Denise he didn’t want Lucas to get hurt, only given a stern warning by Phil. 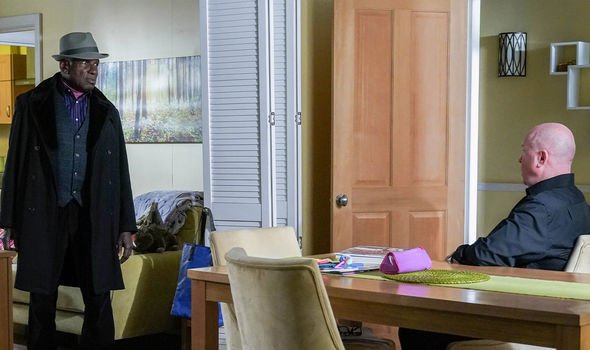 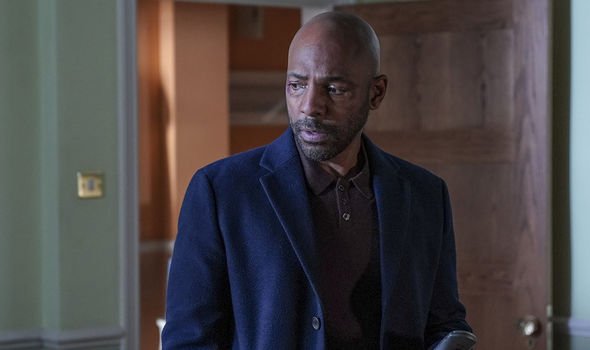 Soon after, Denise goes to confront Phil to get the truth and he promises he simply talked to Lucas and was not responsible for the attack.

Later on, Denise meets with Lucas and Chelsea (Zaraah Abrahams) later and she warns him that someone else is after him.

Not wanting to put his daughter at harm, Lucas agrees to leave Walford behind.

With Lucas continuing to maintain Patrick got him beaten up, Denise is adamant her father figure had nothing to do with it.

But sister Kim (Tameka Empson) reminds her about the arrangement Patrick made with Phil, so anything is possible.

However, things will soon take their toll on Sheree who is worried about how different her future with Patrick will look.

Sheree slips out of the house, unable to face reality and back at the hospital, Denise and Kim wonder where she has gotten to just as Patrick wakes up.

They promise Patrick his wife will be here soon and Kim goes to wait at home for Sheree – when Isaac arrives home.

Kim demands to know where his mum is and with Sheree still nowhere to be seen, she wonders if Lucas has anything to do with her sudden disappearance.

Denise doesn’t want to entertain the thought but Isaac overhears and wants to know about Lucas.

He offers to give them both a break from the hospital – his mum’s not here to help but he is. At the salon, Sheree continues to keep busy to avoid seeing Patrick and uses Jean’s (Gillian Wright) birthday emergency as an excuse.

Could this be curtains for Patrick and Sheree’s marriage as she struggles to deal with what the future might hold?

EastEnders airs Mondays and Fridays at 8pm and Tuesdays and Thursdays at 7:30pm on BBC One.