The world’s first ice skating dog! Benny the labrador shows off his amazing skills after being taught by figure skater who saved him from death

Benny the golden labrador retriever has been learning to skate with his owner Cheryl Del Sangro after she rescued him at just a few months old from euthanasia at a shelter.

The animal lover has since taken Benny, now 5, training once every two weeks at the Las Vegas Ice Center, teaching him an array of tricks including turns, crossovers and bunny hops.

The sweet footage shows Benny scrambling around the rink in tailor-made skates with his own hockey stick and personal puck which he pucks up with his teeth.

Former ice-skating coach Cheryl Del Sangro, 56, took him along to a rink last year to practise and noticed that he loved scooting around the ice gleefully picking up pucks and said she was inspired and decided she would train him.

Animal lover Cheryl, who has three other dogs-all of whom she trained- had always noticed that Benny was ‘uncommonly smart and agile’. 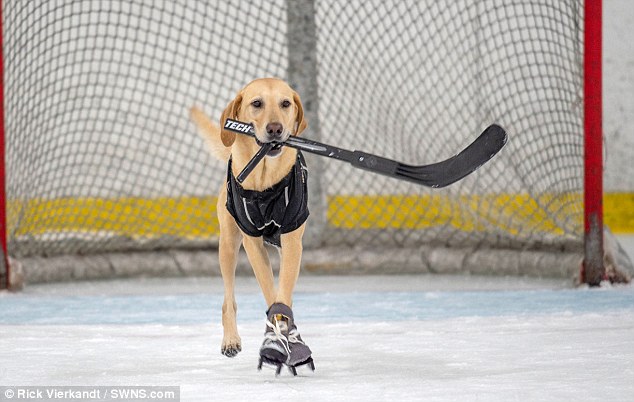 Benny, now 5, is able to hold a hockey stick in his mouth and pick up pucks with his mouth on the ice 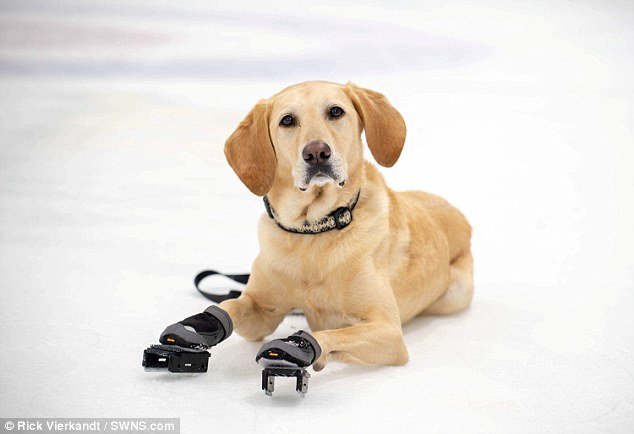 Benny was rescued at just a few months old by Cheryl Del Sangro, a former ice-skater who went on to teach before she moved to Las Vegas where she now trains her lovable lab

He can now perform over fifty trick including effortlessly skating with a stick and puck.

Del Sangro, originally from Cleveland, has taught skating for 20 years before moving to Las Vegas with her husband to operate a restaurant.

She adopted Benny the day before the decision was made to put him to sleep at a shelter in Salt Lake City.

It is not clear why the animal was to be euthanized as the puppy was healthy but in due to various factors such as overcrowding in shelters, it is not uncommon for animals to be put to sleep. 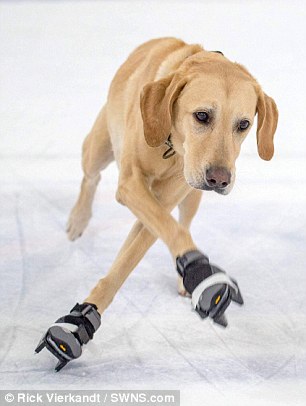 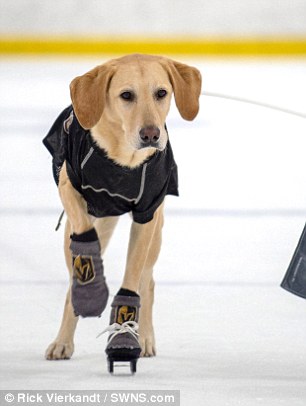 Benny can perform over 50 tricks and has learned how to ice-skate in under a year with Cheryl’s help. She noticed that he loved being on the ice and was very skilled 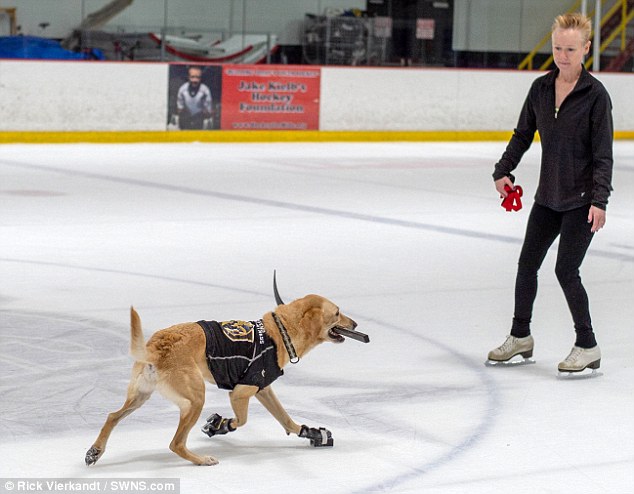 Benny loved his time at the center. He scrambled around the ice, picking up pucks, then a stick.

‘That’s when it clicked for me that I could teach him how to skate on actual ice skates,’ Del Sangro says. ‘If I could teach our daughter to skate back in Cleveland at the age of 17 months old, I could teach Benny to skate.’ 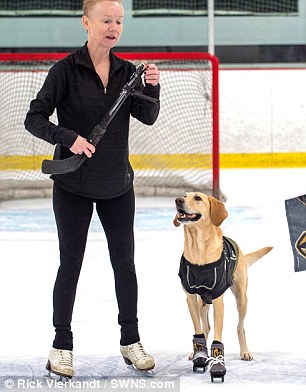 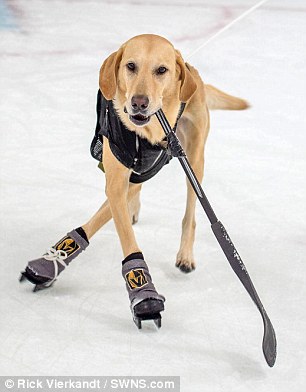 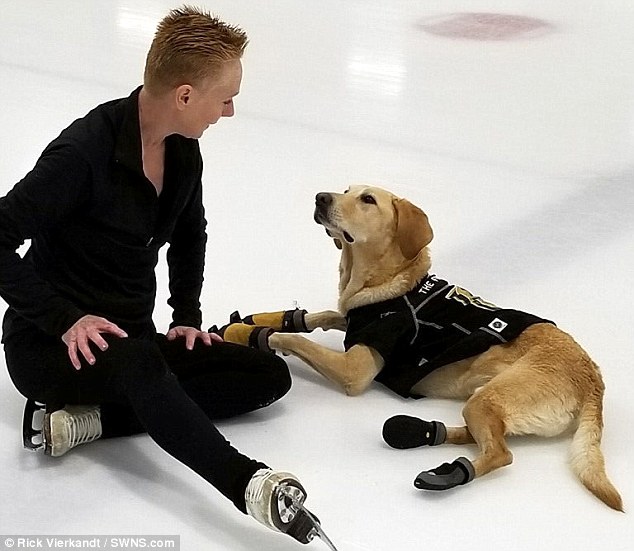 Del Sangro made a pair of skates with the help of a local shoemaker, and a dog-boot company out of Canada. Benny wears the skates only on his front paws; the back paws provide traction.

‘He was very comfortable and immediately started to skate. I corrected his feet positions a few times and he was off on his own,’ DelSangro says. ‘We were completely astounded.’

The next step is for Benny ‘the Skating dog’ to perform as part of the Las Vegas Golden Knights’ professional ice hockey team’s on-ice entertainment lineup.

Del Sangro says, ‘I do not want any money from this. I just want everyone to see what I’ve seen, that this is just so amazing. I’ve never seen it before.’